The mood is good: Thomas Müller and his teammates during training for the German national team © IMAGO/Gerhard Schultheiss

In the game against Hungary, Thomas Müller was given a special honor as substitute captain: he set an example for diversity and against discrimination.

Munich – Thomas Müller is probably grateful for any distraction at the moment.

FC Bayern fans are waiting at home and are not really happy with their club.

And the police, who are still looking for the burglars on his property in Otterfing.

It's good that Müller is currently on the road - but professionally, of course: the Nations League games against Hungary and England are coming up.

Clear message from Flick: "Every player has to develop"

And one thing is clear: even now things are not getting any easier for Thomas Müller.

National coach Hansi Flick makes it clear in the run-up to the matches that no national player can rest.

He expects "a personal development from every player".

After all, it's about a place in the World Cup squad.

Flick first has to report 50 players to the world association FIFA, then reduce them to the 26-man squad – and ultimately decide on his World Cup starting eleven.

The national coach explained that he decides "step by step" and keeps everything open.

So that means: Thomas Müller's starting place is anything but certain.

Excitement about Neuer and Goretzka

Two months before their World Cup debut against Japan, Flick has given his “top team with enormous quality” a clear task.

"Winning the group is our goal, we definitely want to make it into the Final Four and set an example," he said before the match against Hungary on Friday (8:45 p.m. / ZDF).

Not everything is going smoothly, because Manuel Neuer and Leon Goretzka tested positive for Corona two days ago and had to leave immediately.

But at least there have been no new corona cases in the meantime.

Thomas Müller will wear the "One Love" bandage

The team traveled yesterday by train from Frankfurt to Leipzig, where the match against Hungary will take place.

The colorful “One Love” bandage celebrates its premiere in Leipzig.

Since captain Neuer is ill, the substitute captain Thomas Müller will probably send a signal for diversity and against discrimination.

"We are all the same, everyone in the whole world," said Flick.

The team also made a statement with the train journey.

She was heavily criticized two years ago for a 250-kilometer flight from Stuttgart to Basel.

The new feel for the environment and sustainability has now been documented with the ICE ride.

Müller wants to be on the pitch in Qatar

Müller had made it clear months ago how much he would like to play in Qatar.

He is preparing meticulously for his assignment at the World Cup, he reported.

A good performance against Hungary would also help keep his critics at bay.

Mario Basler, for example, recently called for Müller to be put on the bench more often because he is no longer in the form he used to be.

So it will definitely be exciting in Leipzig.

With a win against Hungary, the team and Müller would send a clear signal.

And then hopefully things will work out again with the Bayern squad at home. DFB-PK in the live ticker today: Flick and Müller before the chaos game against Hungary?

DFB-PK in front of Hungary: Gnabry use is questionable – Müller demands two wins 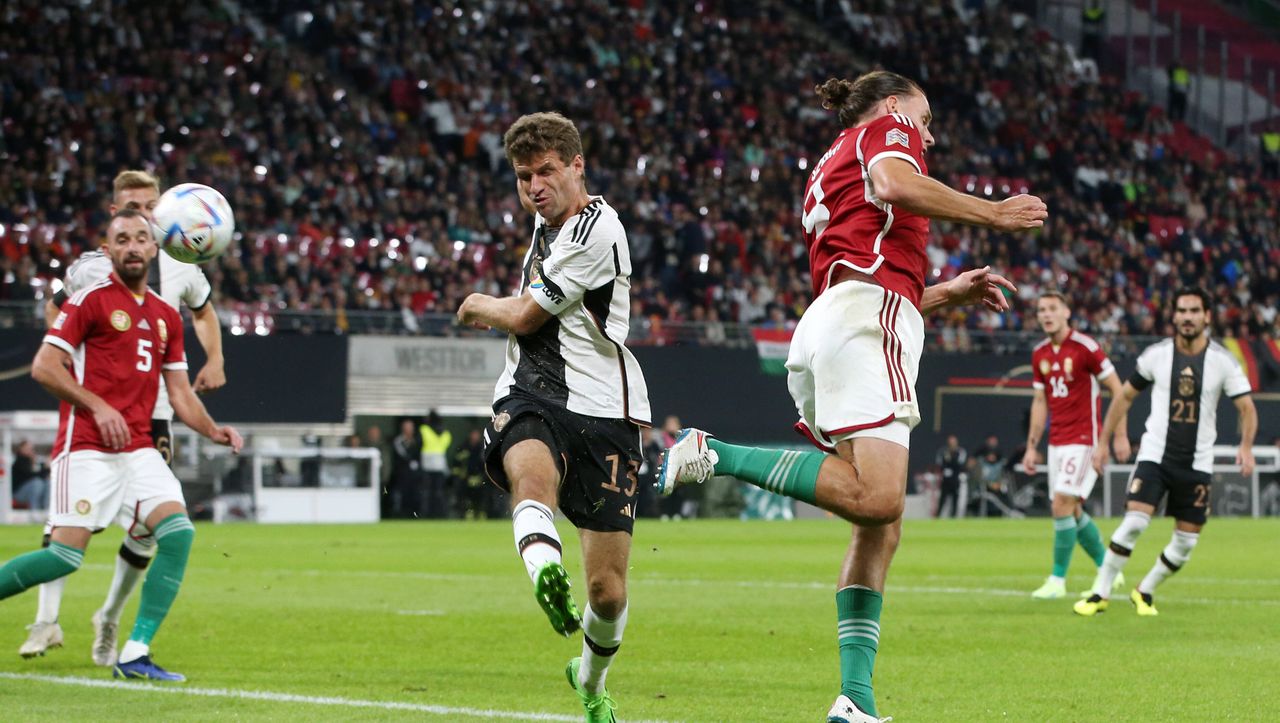 Nations League: The DFB team loses for the first time under Flick