During his time as Minister of Finance, Treasury expenditures were recorded as debts of the Israel Land Authority - which is now reflected in the large volume of debts of the Authority, which makes it difficult to operate and ensures that housing prices will continue to rise. Avichai Snir explains what can be learned from this about the conduct of the Treasury during the Kahlon period - and even today

During his time as Minister of Finance, Treasury expenditures were recorded as debts of the Israel Land Authority - which is now reflected in the large volume of debts of the Authority, which makes it difficult to operate and ensures that housing prices will continue to rise.

A few days ago, we received a reminder about the conduct of former Finance Minister Moshe Kahlon.

According to the Budget Division, the Israel Land Authority (RMI) is in a deficit of about NIS 40 billion. Considering the fact that RMI's annual revenues in a normal year are about NIS 8.5 billion, and that 2020 was not a normal year, there is concern that R.M. You will not be able to meet its obligations.

The source of most of these commitments is from the period when Moshe Kahlon was Minister of Finance.

Minister Kahlon believed that if he was given enough powers, he would solve many of the problems in the housing market.

In practice, except for a short period, apartment prices continued to rise even during his time.

Now the situation is even worse, because Minister Kahlon's focus on the price per occupant has meant that construction starts have been declining since 2018, and RMI has no available budgets to vacate land. In addition, when RMI is in such large debt, it also has no interest In lowering apartment prices.

Aside from the implications of Remi’s debts to the housing market, there are a few more things to learn from the admission that Remi is in difficulties.

First, one can learn about the bluff of the finance minister as a window.

Minister Kahlon is very proud that in most of his years in office, the government has managed to meet the deficit targets it has set for itself.

But Rami's debts were not created because of projects that Rami was interested in promoting.

As noted in Calcalist they were created because the Ministry of Finance did not want to fund the transfer of IDF bases and roof plans, so he registered them under RMI, hoping no one would find out.

What does the retirement of Meridor mean?

Secondly, one can learn that concentrating all the powers with the Minister of Finance is not a good idea.

It turns out that when a minister has all the powers, then instead of trying to solve the problems, which will take a long time and he will not get credit for it, he tries to get as much as he can.

In the end, the result is that we also have to pay more for apartments, and also pay the debts he left behind.

Third, it is worth remembering that the head of the budget department at the time of Kahlon was Shaul Meridor.

The same Saul Meridor who resigned after accusing the current finance minister of crooked management of state funds and spending money irresponsibly.

When one understands that Meridor allows Kahlon to conceal debts in such a way, it raises some questions about his resignation.

As far as I can see, there are two possible answers to these questions.

The first is that Minister Katz is right when he accuses Meridor of resigning for unprofessional reasons.

If Meridor allowed Minister Kahlon to hide debts the way he wanted, by what right did he come up with complaints to the current finance minister?

The second is that the unnecessary duties that the current minister is doing are so great that even the head of a submissive budget department like Meridor could not remain indifferent.

I do not know which of the two answers is correct.

But given the fact that the current minister called himself Herod, I have a guess.

One currency will rule? The surprising connection between the Lord of the Rings and Bitcoin - Walla! Of money

Who should vote for? What do the parties say about the economy - Walla! Of money 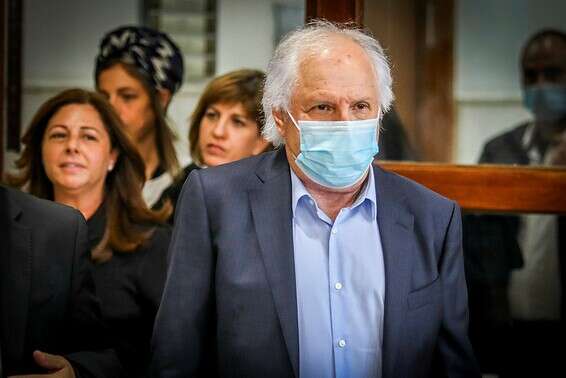 Subject to hearing: Indictments against Bezeq, Walla and Yedioth Ahronoth as part of the Alps case Israel today

"I'm a living dead person": When the underworld takes over the business - Walla! Business

The protest of the self-employed is renewed, and this time their fear grows: "We realized that there is no one to trust" - Walla! news

"Going bankrupt is scarier than stripping the skin" - Walla! Business