Globes has learned that the safety net that provides unemployment until June 2021 to people in sick leave and dismissal may continue differentially, so that assistance will only be given to workers who will not be able to find work or in industries that will have difficulty recovering.

The application model, the next step: differential unemployment benefits

Globes has learned that the safety net that provides unemployment until June 2021 to people in sick leave and dismissal may continue differentially, so that assistance will only be given to workers who will not be able to find work or in industries that will have difficulty recovering.

Will the queues continue?

In about three months, the sweeping safety net provided by the state to workers who were expelled or fired from their jobs following the Corona crisis will end - an unemployment benefit policy without the need to register with employment bureaus. The number of unemployment claimants stands at 637,285 as of Monday, 437,519.

Workers unpaid leave and laid-off workers receive unemployment benefit of up to 80% of their salaries until June 2021, regardless of their eligibility according to their age and seniority of employment.

Over the past few months there have been calls from employers' organizations and industry to cancel this policy and requirements to implement another solution problem of unemployment by adopting a "model of the German "Or a flexible Knesset model, which allows employers to recruit workers back with a partial state subsidy;

But these demands did not change the position of the Minister of Finance, because the model he implemented is the right model.

Thus, as the Knesset model has been extended until next June.

Now, as the clock ticks and the dead line of the current model approaches by leaps and bounds, the Treasury is working on the "plan for the day after". Professionals in the Ministry of Finance are in close contact with many market factors. , Workers' organizations, labor economists and more - and formulate lines to help the labor market emerge from the crisis that

befalls it.The main issue at stake in these discussions is what will happen to the sweeping IHL policy, both in the event of exit from the crisis following the continued vaccination campaign (optimistic scenario) Of continued deep crisis and significant morbidity (the pessimistic scenario).

Globes has learned that as part of the talks held by various factors in the economy with professionals in the Ministry of Finance, one of the directions currently being considered is to continue to provide a safety net for the unemployed who will remain after the economy returns to activity, but through differentiation between the unemployed.

It is estimated that even in an optimistic scenario of emerging from the crisis, many new and unemployed people will still remain, and a suitable safety net must be considered for them.

One proposal was a sweeping and automatic extension of Knesset payments and another proposal was individual assistance to industries and their employees would be a significant problem back to work routine.

And what if morbidity does not go down and restrictions continue? According to Treasury sources, worst case scenario will be KHL policy extension. "Which was right for the economy in an emergency situation", but while applying the rules set out in the law - which allow the monthly payment to be denied to employees who do not meet the conditions for receiving the benefit.

Among other things, it is a denial of an employee's pension who refuses to return to work.

In the past year, more than NIS 28 billion was transferred to the unemployed and non-employed, without them being required to report to the employment service (also not digitally). At the same time, no non-employed or unemployed person who refused an offer to return to work was partially denied. The ability of employers to return employees to full-time positions) despite the many complaints from employers that employees refuse to return to work on the grounds that it does not pay them or demand payment in black.

The law allows the employment service to deny or reduce unemployment benefits passed to citizens if they have been offered a job, training, advanced training or vocational retraining, and they have refused.

In addition, an annuity can be denied to those who do not report weekly to the employment service.

These clauses have not been implemented in the past year, and we will soon go into the reasons why, but in the meantime, as part of the plans being formulated in talks with the Treasury, a proposal has been made to implement both the "sticks" and "carrots" already in law, including the "stick" of annulment.

This stick is supposed to solve the problem of motivating workers to return to work from sickness or unemployment. "There were people who flew abroad and were not denied the payments," says a source familiar with the mechanism of paying unemployment benefits from within.

At the same time as "sticks", the professionals also refer to "carrots", including a grant for workers who return to work at a partial or low wage.

This, in parallel with the continued operation of the vocational training programs that began to move, even if significantly late, as well as the continued encouragement of employers through grants for returning workers to work.

Disconnect the labor market from the safety net

According to Rami Graur, CEO of the Employment Service, this was simply not possible subject to closures and restrictions, as well as the need for sensitive conduct towards workers in the economy. “We wanted minimum bureaucracy and maximum help.

The registration test is one of the employment service's tests, but it was not possible to accurately comply with the language of the law when the bureaus are closed and when there is a closure. "

Simultaneously with the opening of the easy-to-report option, the employment service began hiring unemployed people to the bureaus. Why now? Grauer explains: "We are starting to see a quarantine after many Israelis are vaccinated. .

Once the economy returns to work it is right to run it, although we are still under the constraints of the crisis.

It does not make sense operationally frontal stabilization when you have a million or 600 thousand unemployed. "

Proposal to help support differentiated Prof. Uri object, investigates consumer behavior and behavioral economics at the Hebrew University and Cornell University School Lmna"s." According to forecasts, in June we will be completely different world From where we were a year ago.

We need to start moving from thinking 'we are in the midst of a crisis we never knew existed, and we must quickly deploy a wide safety net to prevent a free fall', to thinking 'hope the worst is behind us, we have stabilized the economy, we need to move to a policy that helps the weak'.

"We know what the weak branches are, some are still closed, and it will take them time to recover. But it must be addressed now. Now is the time to make a plan. And no less important, now is the time to clearly announce that the emergency plan ending in June, "Suitable for where we believe we will be in June. We must announce, not bring a surprise at the last minute at the end of May."

Another suggestion of the experts is to immediately start "disconnecting" the labor market from the safety net.

According to Dr. Alon Eisenberg, an expert in market structure and econometrics at the Hebrew University, "the rate of reduction in benefits can be linked to labor demand indices: the number of job vacancies, the salary offered to an employee job in key industries.

As long as these reflect a real exit from the crisis, it will be possible to reduce the benefits more quickly. "

Tax Advisor Yaron Gindi, President of the Chamber of Tax Advisers, recommends reducing the amount of unemployment benefits by 20% per month." Only then will we create inefficiency for employees. "Those who sit on the fence continue to be in the Knesset and do not respond to calls from employers to return to work. On the other hand, the monthly ranking of the decrease in the Knesset grants will also allow employees to find suitable work."

CPA Iris Stark, President In the incentives for employers. "In order to encourage the return of the unemployed and workers in the Knesset to the employment circle before June 21, incentives must be given to employers to absorb workers while participating in costs and reducing employer social security costs, as well as allow budgets for businesses to be referred to internal training."

The application will stop at 7% unemployment

Meanwhile, according to various sources, Finance Minister Israel Katz still thinks that the right thing for the economy is to extend the Knesset policy that was his baby throughout the crisis.

The minister declares on every stage that as long as the crisis continues to be acute and justifies an extension of the Knesset, he should of course prolong it.

The Office of the Minister of Finance also understands this and does not intend to make changes to the plan ("There are no operational decisions regarding the model," says a source in the Minister's Office), and it will be canceled before the end of June only if unemployment falls below 7%.

The chances of this happening are low.

The Minister's Office is currently focusing on three issues: investing in vocational training;

Promoting an incentive to return unemployed veterans to work;

And the creation of a new incentive for employers to open jobs (as part of Katz's new economic plan. The probability that this will pass before the election is very low). 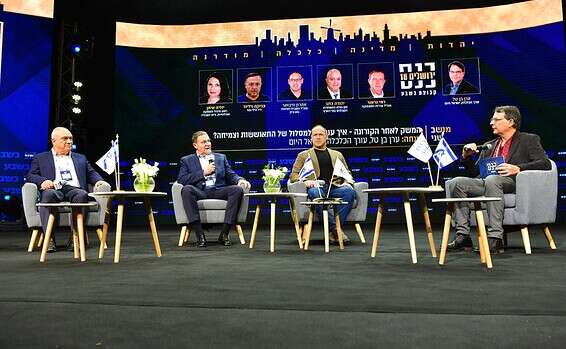 CEO of the Employment Service for the Unemployed: Do not wait for June, we will not hesitate to deny unemployment benefits - Walla! News 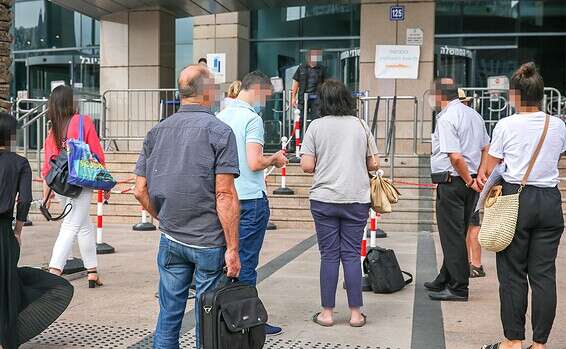 Director General of the National Insurance Institute: It is no longer possible to cut child benefits for the ultra-Orthodox - Walla! Money

Not relevant, and not by chance: the failures of Katz's new grant program - Walla! news

Grotto: It is doubtful whether the green passport will allow facilitations on flights abroad - Walla! News