Bitcoin drives the world crazy, but how is the currency born, why does its value continue to climb and what are the risks that those who invest in virtual currency should take into account

Everything that is important to know about the virtual currency

Bitcoin drives the world crazy, but how is the currency born, why does its value continue to climb and what are the risks that those who invest in virtual currency should take into account

Bitcoin is a digital-cryptographic currency (cryptography is a branch of mathematics and computer science that deals with information security and data communication) which was invented in 2008 by a man known as Satoshi Nakumoto (but his true identity is unknown).

Bitcoin is a currency, which unlike ordinary currencies, is not controlled and managed by any central bank or country.

Unlike regular currencies, which draw their legitimacy and trust from the issuing and backing country, cryptocurrencies are based on transparency and decentralization - all bitcoin transactions are managed and authenticated through a secure record in a public file - technology known as 'blockchain' - countless copies.

Bitcoin can go directly directly through the network, without the need for a third party, a financial intermediary, such as a bank, who verifies and clears the transaction.

Do not argue with success

Is Bitcoin a Valuable Invention?

It is also difficult to argue with success.

This is a technology that has been working for about ten years, and is now rapidly gaining increasing popularity.

From time to time, we hear about a commercial company announcing that it will start accepting Bitcoin as a means of payment.

Just recently, the car company Tesla announced that it would be willing to accept payment in Bitcoin for its products (and itself purchased $ 1.5 billion worth of Bitcoin coins).

In principle, thanks to the independence of the banking system and the possibility of broad access via the Internet, there is also the potential of providing a monetary solution to citizens in developing countries where there is a problem of trust in the currency (due to inflation, corruption, etc.).

But it should be recognized that at least at this stage, only a minority of Bitcoin transactions are made as part of commercial transactions for the purchase of services or products, while most transactions are those made on cryptocurrencies (i.e., currency trading itself).

Because of the complexity and high transaction costs, it is still very difficult to use Bitcoin in regular retail transactions.

Beyond the use of currency in barter transactions, there is also the question of Bitcoin as an investment asset: can Bitcoin, being independent of the regular monetary system, be used as an investment asset capable of protecting its value in a period of large government money supply that could lead to inflation and devaluation?

But for that to happen, a number of questions need to be clarified in relation to a number of significant risks.

The major risks in Bitcoin

The main risks for Bitcoin are government intervention, superior technology and cyber risks.

A. Government Intervention: As stated, a prominent feature of cryptocurrencies, including Bitcoin, is that unlike regular currencies, they are not issued by a state.

Currency is both a symbol of sovereignty and one of the key tools of states in implementing their policies.

When the popularity of bitcoin increases, will the countries see it as a threat to their sovereignty and / or power and decide to suppress it?

Meanwhile, there are only a few developing countries (such as Nigeria and Morocco), which already see the cryptocurrency as a particular threat and have imposed bans on its use.

But there are already voices for a ban or regulation in a number of other countries, some of which are more significant, such as India.

It is likely that, if you will, the power of states to prevent or suppress the development of bitcoin into a useful and common currency.

B. Unlimited supply / superior technology: One of the arguments in support of Bitcoin and its price is that its supply is limited.

To give a basis for the price of cryptocurrency, it has been predetermined that the number of Bitcoin currencies will never exceed 21 million.

Although this limits the supply of currency, but since Bitcoin does not have any monopoly set by law (similar to the sovereign currency of a country), it is, at least in theory, relatively easy to replace it with a new cryptocurrency with superior technology.

That is, although the supply of Bitcoin itself is limited, this is not the case as far as cryptocurrencies in general are concerned.

A new cryptocurrency can always come and replace or join it.

In such a case, the fact that the supply of bitcoin is limited quickly becomes irrelevant.

C. Cyber ​​Risks: In a world where offensive cyber capabilities are strong (and getting stronger), it is difficult to ignore the risk that digital assets, such as cryptocurrencies, could be subject to hacking.

To some extent, a similar claim can be made with respect to the standard monetary system which is also gradually becoming more and more digital.

It is still too early to say whether Bitcoin will become an investment asset / channel for institutional investors.

On the one hand, Bitcoin has advantages as a gold-like financial asset that is not dependent on the ordinary monetary system and can perhaps protect its value in a period of large supply of government money that could lead to inflation.

But, on the other hand, the price of bitcoin is very volatile - which challenges both the perception that the currency can be used as a tool for preserving value and the risk tolerance of institutional investors.

But, more importantly, it is difficult to see cryptocurrencies entering the mainstream of institutional investment channels until it is clear what the countries' response to the development of the field will be: Will they allow, and until, development of cryptocurrencies alongside regular currencies, and under what conditions (regulation, etc.)?

A real phenomenon or a bubble?

So is this a bubble? In the last 12 months, the price of Bitcoin has risen by more than 400%. Many ask: Does Bitcoin represent a real phenomenon or is it just a bubble? My answer: It is possible that both. In the late 1990s, we experienced a bubble of stock prices for Internet companies. At that time, the Internet was just beginning to develop, and the stock prices of companies in the field, even small and negligible, skyrocketed against the backdrop of the big promise. Eventually, the bubble burst - when stock prices crash - but the internet stays with us, and more importantly - it does change our lives. A bubble always develops against the background of a narrative, story, exciting thanks to a certain invention / innovation / property. Almost always, there is a core of truth in the story. But from a certain moment, there is only a loose connection between that core of truth and the speculative activity it feeds. In conclusion, it is possible that the guarantee of bitcoin (or in general, cryptocurrencies) will indeed come true in the end, when at the same time, on the way there, many investors will lose significant sums. There is no contradiction between the two.

The author is the Chief Investment Officer at Clarity Capital

So how exactly do you join the Bitcoin celebration? - Walla! Business 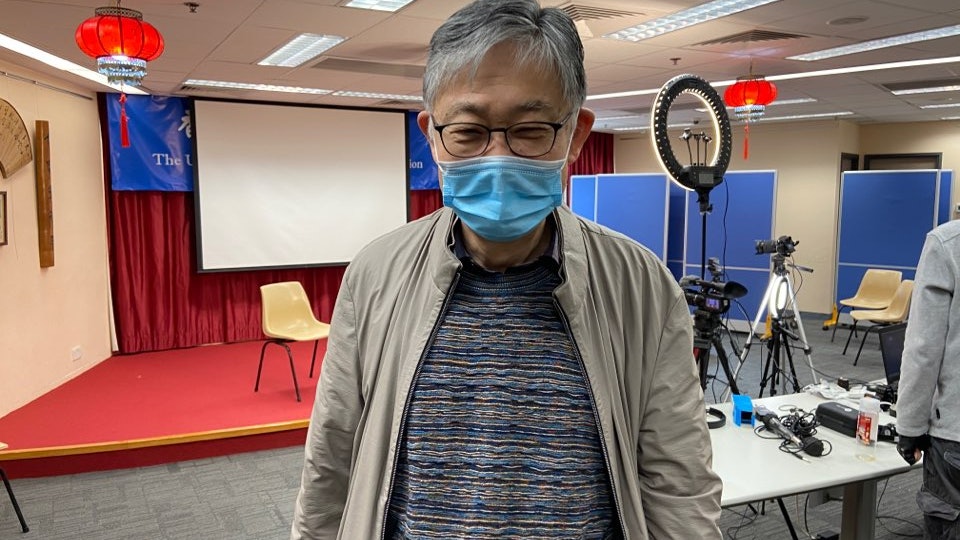 All things in the political arena︱Lian Dengzi laughs at not knowing Bitcoin Shi Yongqing: I know enough to deny it

"The Black Swan" got rid of Bitcoin: "This is a failure, at least for now" - Walla! Business

For the first time ever: Bitcoin has crossed the $ 30,000 mark - Walla! Business

Do you know the live shopping, the teleshopping of modern times?