Why China is leading the electric car race 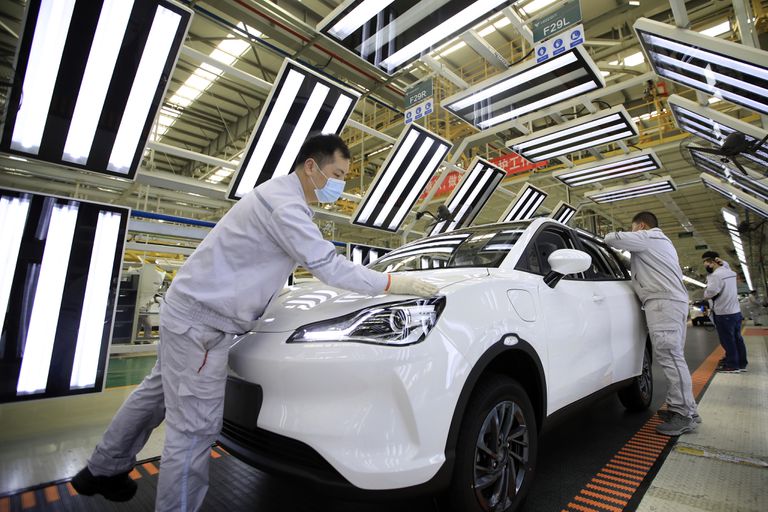 During the Cultural Revolution that shook China in the 1970s, there were those who tried to change the rules of the road so that the color red, a symbol of the communist cause, would not force people to stop at traffic lights, but to move forward.

The country has evolved a lot since then.

A global superpower, it has long since given up trying to rewrite the conventions of the past to focus on those of the future.

Like the one that cars, for example, run on gasoline.

In December 2019, the Ministry of Industry and Information Technologies (MIIT) announced that cars powered by alternative energy, mostly electric, would represent 25% of the country's sales by 2025. It was a risky bet: at that time the quota barely reached 5%.

In October this year, the institution raised the stake: 50% by 2035. China is the first market for electric vehicles and has one of the most promising industries: in 2019 more units were sold in the Asian giant (1.2 million ) than in the rest of the world together (1.05 million).

This leadership is not the result of chance, but of careful policy promoted by the party.

The Government has repeatedly stated the paramount importance it attaches to technological development.

Few official documents state this as explicitly as the

China intends to gradually exchange foreign technology for national within its borders and lay the foundations for Chinese technology companies to enter international markets, "summarized a report from the MERICS think tank.

One of them was alternative fuel vehicles.

The first efforts, however, were already underway.

In 2009, a consortium of government agencies led by MIIT had launched a subsidy program for the purchase of electric public transport in several cities.

From there, public money began to flow in all directions, until a new industry finally germinated out of nowhere.

The strategy contained an essential detail: only companies that owned the commercialized intellectual property were eligible for aid.

This shows that the Government's purpose was to encourage the creation of a high-quality industrial ecosystem based on a contained production chain, as far as possible, within its borders.

This model is the opposite of the one adopted, for example, by Norway, the country with the highest rate of ownership of electric cars with almost 60%.

The Nordic country had been inclined, instead, to accelerate the transition allowing the access of foreign actors on equal terms.

But China would soon swerve.

Despite the risks of a sector built on the basis of state capital - cars that do not exist, batteries that do not work and various other frauds - his maneuver would end up dying of success.

It was then that it became clear that this scheme was not sustainable.

As a result, the pace of sales fell for the first time - to which the economic impact of the pandemic contributed -: 1.2 million units last year compared to 1.5 million in 2019. Later, like Norway, it opened its doors .

And who entered was the American giant: Tesla.

As soon as the government lifted restrictions on foreign ownership, Tesla rented a huge parcel within the Shanghai free trade zone and in January 2019 construction began on its Gigafactory 3. Less than a year later they began to move out of there. its first Model 3. It would soon become China's best-selling electric car with 114,000 units in 2020, more than a fifth of its global sales.

Tesla's business figures have not suffered despite the pullback in subsidies, prompting local competitors to complain - privately - that the authorities have withdrawn them too soon.

The Minister of Industry, Miao Wei, on the other hand, is convinced that his presence will represent a spur for the local industry.

Elon Musk himself commented in a recent interview that his great rival in the sector will leave China.

If there is a contender, this is certainly Nio.

It only markets three models, but with a market capitalization above 91,000 million dollars (74,000 million euros) it is already the third most valuable automotive house in the world, only behind Toyota and Tesla itself, and ahead of historic ones like General Motors.

His track record shows the support of the public sector: when he announced in December 2019 that he was close to bankruptcy, he came out of the quagmire thanks to a loan worth 10 billion yuan (1.2 billion euros) issued by the municipal government of Hefei to change to establish its headquarters there.

But it is not the only one.

Two other Chinese companies, Xpeng and Li Auto, have posted strong gains on the stock market in recent months.

And more and more actors are jumping into the sector.

DiDi, the Chinese Uber, announced in November its plans to launch its own cars with support from BYD Auto.

The latest to join was Baidu, China's leading search engine, which last week advanced the production of electric vehicles in collaboration with Geely.

The government's success is also replicated throughout the supply chain, as exemplified by Contemporary Amperex Technology, the world's largest producer of automotive batteries, with a stock price close to 802 billion yuan (103 billion euros), for above the national oil company PetroChina.

This industry also converges with other fronts of innovation in which the Asian giant is moving forward with determination, such as autonomous driving.

For the moment, sales figures seem to have recovered thanks to the reduction of prices and the expansion of Tesla.

A recent study by the China Automobile Manufacturers Association pointed out that sales in the country would rebound 40% in 2021 to 1.8 million units.

The future is bright: Another report, from UBS Securities, predicted that Chinese electric vehicle companies will dominate half of the world market by 2030. That traffic light has long been green.

Baidu: "Chinese Google" joins forces with Geely for the car of the future Tesla: The Californian entry-level model will soon no longer come from the USA

Tesla: The Californian entry-level model will soon no longer come from the USA 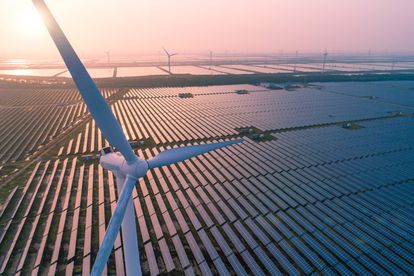 The climate battle will determine who leads the world economy