Despite the corona crisis, China is doing better than most other countries, and the government is now announcing that the country's economy should grow significantly this year - and become more independent from other countries. 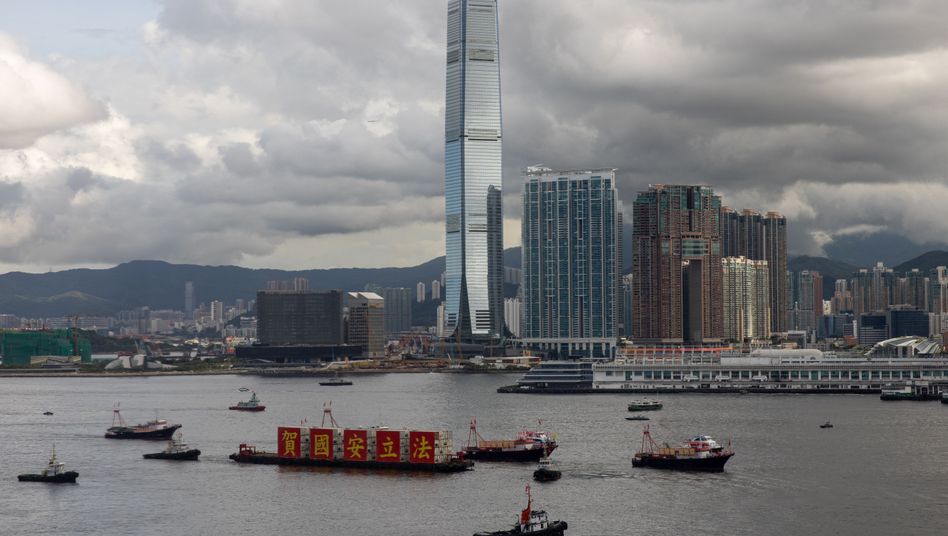 It is possible that the country in which the pandemic began will emerge from the corona crisis as one of the big winners: For Germany and Europe, the booming business in China is currently more important than ever, and most recently the People's Republic even hung the USA as its most important trading partner the EU.

The government in Beijing is accordingly ambitious and optimistic about the coming months - although the pandemic is far from over: Despite the global recession, China wants to achieve economic growth of more than six percent this year, as Prime Minister Li Keqiang said at the opening of the Annual People's Congress in Beijing said.

In order to become more independent from abroad, said Li Keqiang, the development of the domestic economy must be "given priority".

Own innovation should also be promoted much more strongly than before in order to reduce technological dependencies.

The plenary session of the Chinese parliament will focus on the economic goals and budget for this year, the new five-year plan from 2021 to 2025 and a controversial electoral reform for Hong Kong.

Beijing wants to curtail the already limited democracy in the Chinese special administrative region even further.

The meeting of almost 3000 delegates this year is shorter than usual and will only last until Thursday next week.

"The military's strategic capabilities are being expanded"

Against the background of growing tensions with the United States, India, Taiwan and the South China Sea, China plans to increase its military spending by 6.8 percent this year.

This means that spending on the military is growing faster than the budget as a whole.

In the previous year, the increase was already 6.6 percent despite the corona crisis.

"The military's strategic capabilities to protect the sovereignty, security and development interests of our country are being expanded," said Premier Li Keqiang in his speech.

As an important part of the country's "great renewal", China's head of state and party leader Xi Jinping is massively advancing the modernization of the armed forces.

The growth target of more than six percent for the second largest economy comes as a surprise.

In the previous year, the prime minister had refrained from making such a requirement as usual due to the uncertainties caused by the pandemic.

Despite the crisis, the country achieved growth of 2.3 percent last year.

As the world went into recession, China was the only major economy that continued to grow.

Beijing responded to the crisis with a massive stimulus package.

The International Monetary Fund expects China to grow by 8.1 percent this year.

Because of the ongoing billions in spending, the Prime Minister has now announced that the budget deficit as a percentage of economic output will be 3.2 percent this year again above the critical mark of three percent.

In the previous year it was 3.6 percent.

An important realignment is the concept of “two cycles” with which China wants to make itself more independent because of the US sanctions on the global crisis.

It is about "expanding domestic demand, intensifying structural reforms on the supply side and generating new demand with innovation-driven development and high-quality offers," said Li Keqiang.

Innovation remains at the heart of the modernization offensive, said Li Keqiang.

"We will strengthen our science and technology to strategically support China's development," he said in his hour-long report.

The digitization of the country should also be accelerated further.

One will "work faster to develop a digital society, a digital government and a healthy digital ecosystem".

"The Chinese government is trying very hard to avoid shocks for domestic companies through global supply chains," said the chairman of the European Chamber of Commerce in China, Jörg Wuttke, on Chinese state television about the new policy.

"At the same time, I hope that doesn't mean that China will turn its back on the world."

Last year, the plenary session was postponed by two months because of the pandemic.

The normalization of the situation in China shows that it will now take place in March as usual: All MPs are all vaccinated and wear protective masks in the hall.

The most populous country has largely got the virus under control with curfews and mass tests for millions, as well as contact tracing, quarantine and strict entry restrictions. 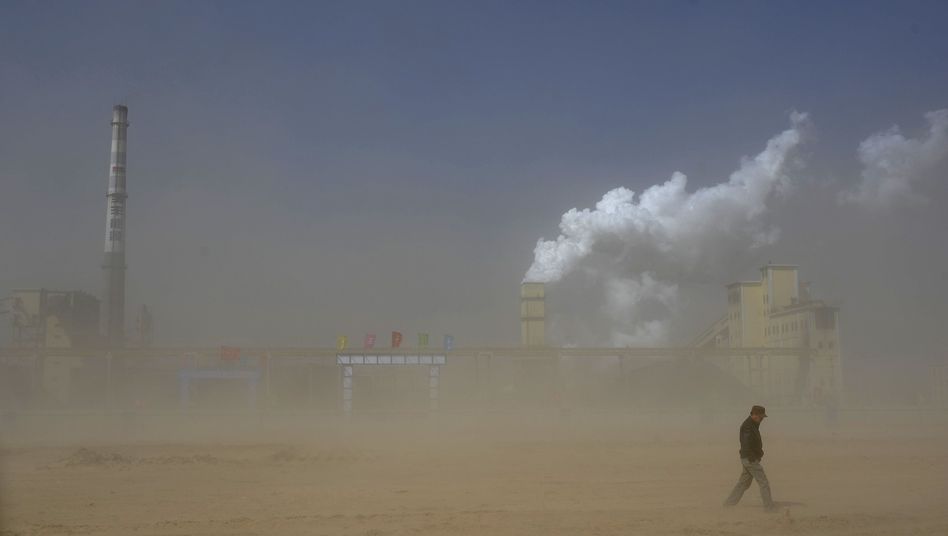 Manfred Weber: "Without the EU there would be no vaccine" 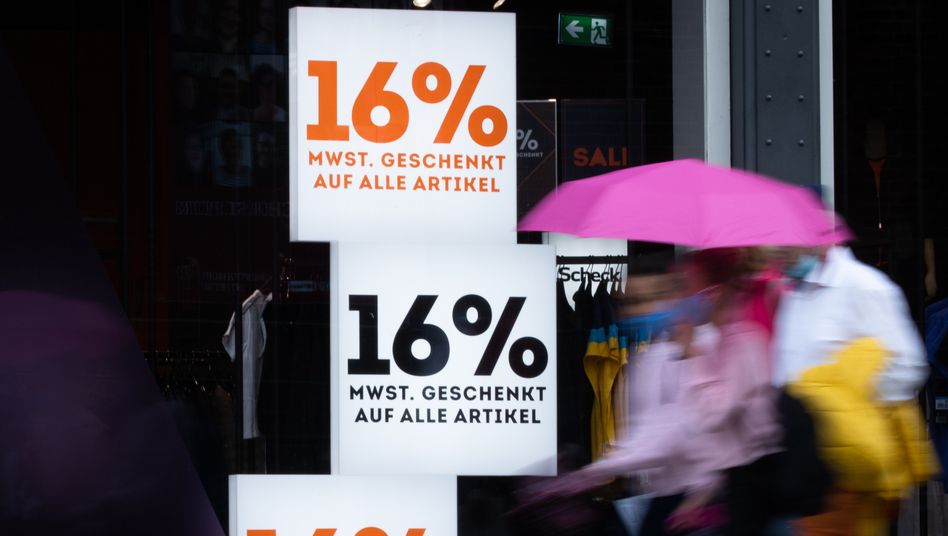 GDP: German economy is growing by 8.5 percent faster than expected 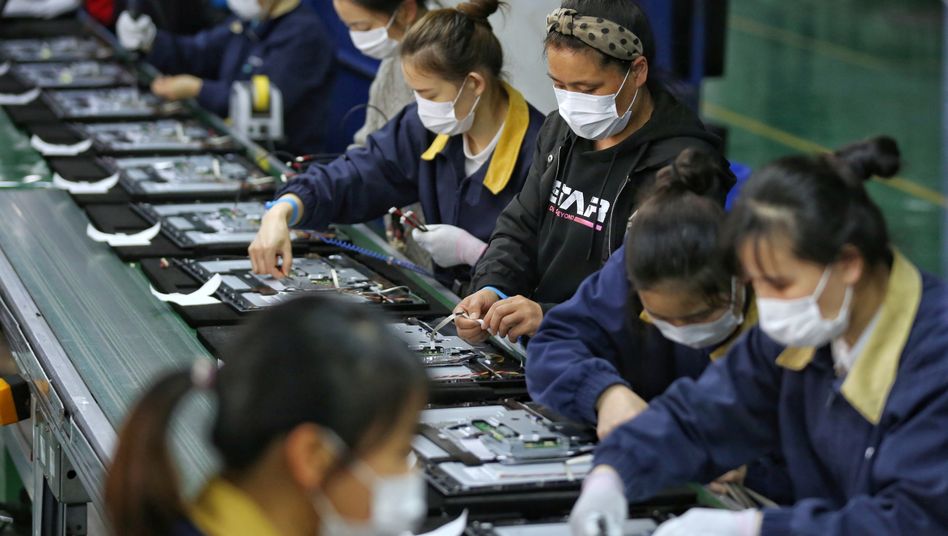 Corona crisis: National deficit for 2020 is significantly smaller than estimated

Despite the pandemic, the Chinese economy at the top: the reasons for this fascinating rebound