"As long as I live - I will continue to commemorate Oz's memory": The unforgettable hero - Walla! Of money

"As long as I live - I will continue to perpetuate Oz's memory": the unforgettable hero

Haim Tzemach, the father of the late Sgt. The community to this day through its heritage "

(Photo: Courtesy of the family)

When Chaim Tzemach got up from swearing at his late son Oz, he went out into the street and saw that life was going on as usual. "I thought to myself - so many people have come to comfort us, but is that it?

Oz was and has already been forgotten?

I realized that if we did not act to commemorate him, that was simply what would happen. "

He turned to Haim Bibbs, then a council member and a few years later the mayor of Modi'in-Maccabim-Reut and with his help, established the Yad Labanim branch in the city, where he still serves as chairman. : "We understood that commemoration and legacy need to reach out to the community, to reveal the character of Oz, who was only 20 years old when he fell in a heroic battle in a war on enemy land."

Sergeant Oz Tzemach was killed in a battle in Ainta-Binat Jabal in southern Lebanon on Saturday, August 12, 2006, in the last days of the Second Lebanon War. He was a tank commander and when the tank in front of him was hit and his commander could not function, Oz instructed the team how to stress. From the inferno fire aimed at them, all while capturing the enemy with his crew.After saving the lives of his comrades-in-arms, Oz and his crew's tank suffered a direct hit by an anti-tank missile and the four fighters were killed.

(Photo: Courtesy of the family)

For his actions, Oz received a commendation from the Commander of the Northern Command, Major General Gadi Izenkot, and his father Haim relates: "Military men came to me and said that after they investigated the battle, Oz should receive a high decoration. I replied that he did what they trained him to do and sent them. But then the chief of staff also read the investigation and sent another delegation.

This time I replied that if Oz receives the decoration, then they will also give it to all his team and this was indeed the first time in the history of the country that the team commander and his soldiers receive the same decoration after a battle. "

Since the same disaster that befell the family to this day, Haim leads Oz's commemoration. Along with many thousands around the world, some of whom he knows, others already out of his control, but Oz's legacy is preserved and continues, in the Yad LaBanim branch established, in a special site in his memory, with a variety of monuments and presentations, a lane named after him, a street-ball tournament The children of Maccabi Tel Aviv: "Some children I talk to when they join the group, so that they know the story of Oz, and then years later they meet me as soldiers and come to ask if I remember the previous conversation."

In addition, Haim gives lectures to students, youth movements And even the elderly: "There are all kinds of 'painkillers' for our situation and for me, once Oz is not forgotten and he continues to have a positive impact on the community through his story, it is our painkiller.

I talk about the things that characterized him, like motivation, giving, love of country, helping the weak and needy, helping others before growth.

That is what gives us the strength to succeed another day, another month, another year. "

Haim knows the details of the battle meticulously and collects more and more letters that are passed on to him by those who are affected and touched by Oz's story, even about 15 years after his death.

"The pain does not let up and does not heal," he admits.

"Over the years, the lack is much more significant. But I always say the word 'pain' is an acronym for 'everyone in their own way'. Some deny, others get angry or sit at the door and cry in the hope that the boy or girl will return. We, when we experienced the disaster, "We went on a tightrope, because to get such knowledge, it's just an earthquake. In the job news that changes lives. I felt I could fall, or alternatively examine the situation and understand what happened, and what I do with it from now on."

"In retrospect," he adds, "I can say that I, my wife and children decided to go on living and live on two parallel lines - get up in the morning and run as usual, and the pain is constantly with us and feel it. These two lines meet during the year and the most difficult is Memorial Day. Bereaved do not need this day for themselves, because every day is a day of remembrance. But we go up to his grave on Mount Herzl and know that this is the time when people who are too hard to come to us every day, can come closer and talk about courage. Every year I am amazed to hear new stories. "His generosity, his sincerity, his wisdom. He was a brilliant and special boy."

"As long as I live - I will continue to commemorate Oz's memory," concludes Haim.

On the upcoming Memorial Day, which will take place this year on April 14, you are all invited to take part in the unique virtual project "Remembering Together", a collaboration between the IDF Widows and Orphans Organization, Yad LaBanim and the Ministry of Defense. Digital commemorative events can be easily registered. As hosts or guests. With the help of the digital platform, every Israeli will be able to share their stories and personal pain on this Memorial Day.

"As long as I live - I will continue to commemorate Oz's memory": The unforgettable hero - Walla! Of money

Galia Oz writes in the first person about the scars from her father. The result is painful to read - Walla! culture

Amos Oz's daughter responds to her sister: "Her claims are known. Apparently these are parallel universes" - Walla! culture 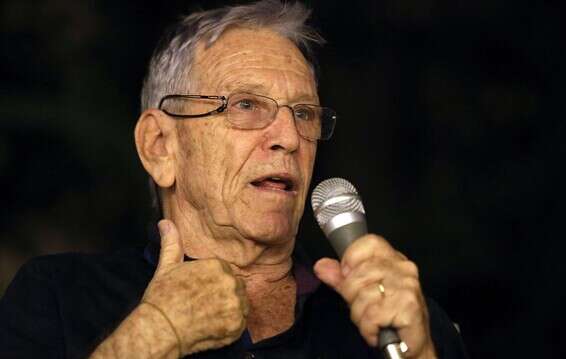 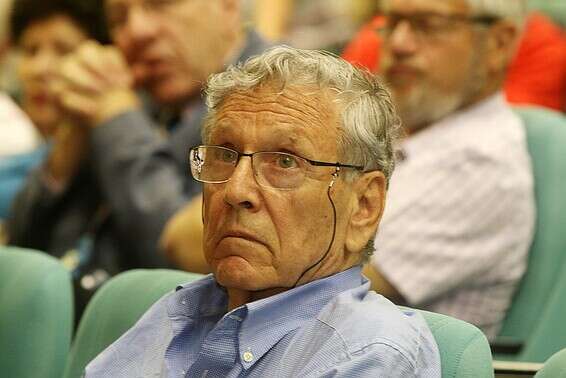 Amos Oz's son responds: "There is a nucleus of truth in Galia's words" | Israel today