The political processing of the Wirecard disaster has reached its climax: Parliamentarians question the Chancellor and several ministers. What part does the government really have in the financial scandal? 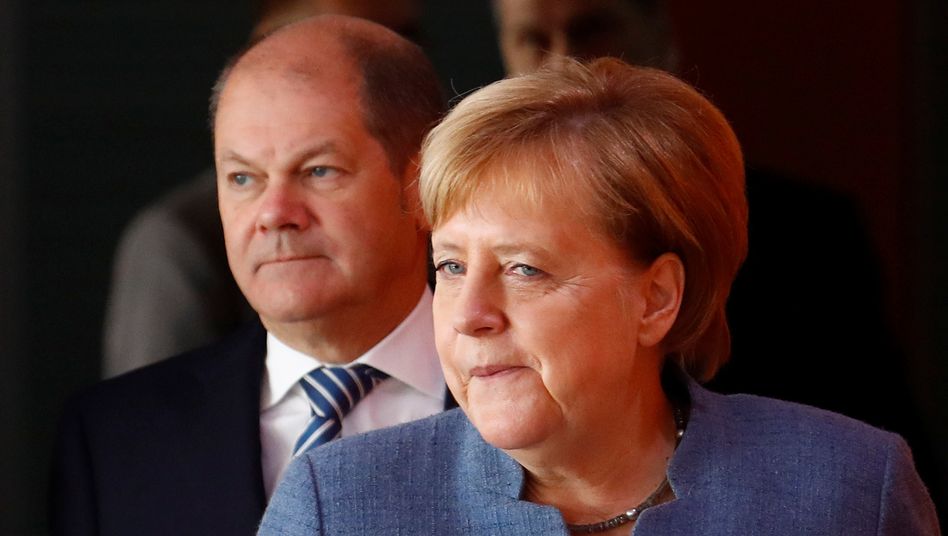 Scholz, Merkel: They should provide answers as to why the Wirecard scandal was possible and why it was uncovered so late

It is a physical and psychological tour de force that the parliamentarians undergo: In the committee of inquiry into the collapse of the Dax group Wirecard, they want to clear up the political responsibility for the financial scandal in less than a year, in which 20 billion euros of stock market capital and thousands of investors have been damaged .

They have already met for 300 hours, often late into the night.

This week the top staff of the republic will testify as witnesses. The focus is on four people: In addition to the responsible State Secretary in the Federal Ministry of Finance, Jörg Kukies, his boss and Vice Chancellor Olaf Scholz (both SPD) as well as Federal Economics Minister Peter Altmaier and above all Federal Chancellor Angela Merkel (both CDU), who was invited as a witness on Friday .

The political celebrities follow more than 80 participants who have already been interviewed, sometimes under strange conditions. Among them was the ex-Wirecard boss Markus Braun, who was accompanied by half a dozen BKA officials from the prison in Augsburg and brought to parliament. One of the most important key witnesses from the insolvent company, which the public prosecutor did not want to transfer to Berlin because of the risk of an act of revenge, was connected via video. The heads of the supervisory authorities, supervisory boards, top bankers, auditors as well as the insolvency administrators and lobbyists such as ex-Defense Minister Karl-Theodor zu Guttenberg were already answering questions.

But even after evaluating hundreds of gigabytes of files, important questions remain unanswered.

Kukies and Scholz, Altmaier and Merkel should provide answers as to why the Wirecard scandal was possible and why it was uncovered so late.

Jörg Kukies, State Secretary in the Federal Ministry of Finance

Probably no State Secretary for Finance has ever been as close to business as Jörg Kukies. The ex-co-boss of Goldman Sachs in Germany wanted to merge Deutsche Bank and Commerzbank. He sits at the table when the terms of the state corona economic aid are being negotiated - and he had several contacts with Markus Braun when he was still Wirecard CEO and was treated as the "German Steve Jobs". They met in autumn 2019. The conversation was not recorded; the ministry only provides a few key words on topics on its website, including allegations of market manipulation.

Kukies' MPs will want to know exactly what the two men have discussed. Another central topic of the survey is likely to be the fatal short-selling ban on Wirecard shares imposed by the financial supervisory authority Bafin. Kukies was informed in advance, his ministry is the employer of the German supervision. The MPs will try to find out how much he pushed the ban on financial bets against Wirecard.

In addition, she should be interested in Kukies' role at Ipex-Bank, where a possible extension of Wirecard loans was just about to come up. Ipex is a subsidiary of the state bank KfW, Kukies sits on the board of directors of both banks. "Mr. Kukies probably wants to discuss with us whether we can not only keep quiet, but if necessary increase our commitment," Ipex boss Klaus Michalak wrote to the KfW head before a phone call with the State Secretary. He referred to a conversation that a ministerial official had previously had with an Ipex representative.

An influence from Kukies would be explosive, the Ipex made a loss of around 90 million euros with a Wirecard loan.

The Ministry of Finance, KfW boss Günther Bräunig and those involved in the preliminary talk deny that Berlin had put pressure on them.

Aid has been checked, but quickly discarded, is the official language rule.

The investigation committee should be interested in the details of this examination - after all, it took place a few days before the bankruptcy, when Wirecard itself had already admitted a suspected fraud of billions.

Hardly anyone has embarrassed themselves in the Wirecard scandal like the auditing company EY, which had approved the Group's balance sheets for a decade. The work of EY is monitored by the auditor's supervisory body (Apas), which is located at the Federal Office of Economics and Export Control (Bafa) and is therefore subordinate to Federal Minister of Economics Peter Altmaier.

The parliamentarians in the investigative committee are likely to accuse Altmaier and his officials that Apas failed to supervise and that the Wirecard scandal revealed gross deficits in the management of the institution. This became apparent in the committee on December 11th, when Apas boss Ralf Bose had to admit that he had acquired Wirecard shares - at a time when the supervisory body he led was already investigating whether EY auditors were checking the accounts of the Scandal group had violated their duties.

Bose's confession "alienated him," said Minister Altmaier after his appearance, and shortly afterwards the Apas boss was released. The case is not over for Altmaier. It turned out that Apas does not have a ban on trading in the shares of companies whose balance sheet audits are monitored by the supervisory authority. The members of the committee of inquiry also criticize that Apas made technical errors in the EY / Wirecard case and, despite warnings, did not question the work of EY at the scandal group for years.

The special commissioner for the committee of inquiry, Martin Wambach, has now come to the conclusion in an expert report that EY has not "fully implemented" audit standards. As early as 2015, weak audit evidence was fobbed off, in 2016 information relevant to the decision might have been missing in the notes to the consolidated financial statements and, despite numerous suspicions, EY did not change the audit strategy for what is now known to be largely non-existent third-party business. EY rejects the allegations.

It was not until October 2019 that Apas initiated preliminary investigations against EY, and it only became really active in May 2020. Three months after the collapse of Wirecard, the authorities filed a criminal complaint against EY with the Munich public prosecutor.

The Bafa president responsible for the Apas, Torsten Safarik, wrote to the Ministry of Economic Affairs on July 28, 2020 that he had "had doubts about the leadership culture of the Apas for a long time."

His employer Altmaier, on the other hand, was happy to defend Apas in the EY / Wirecard case.

She did everything she could within the scope of her possibilities.

In the committee of inquiry this Tuesday, the MPs will take this representation into the crossfire.

Probably no other witness has as much to lose in the Wirecard scandal as the Federal Minister of Finance.

After all, Scholz wants to become Chancellor in September.

It doesn't do well if a historical financial scandal occurs under the supervision of one's own house.

Especially since the Social Democrats in Hamburg are expecting another committee of inquiry that is interested in their role in the Cum-Ex affair.

Scholz responded to the threat with activism.

He initiated a reform of financial supervision early on, which is intended to prevent cases like Wirecard in the future.

However, the law is likely to fall short of this expectation, also because the Union, as a coalition partner, is resisting.

Scholz took significantly more time to separate from Bafin boss Felix Hufeld, although the financial supervision he headed blatantly failed. Instead of following up on warnings of Wirecard deals, she imposed a ban on the short sale of shares in the group and charged the Financial Times journalist Dan McCrum with alleged insider trading. Meanwhile, Bafin employees gambled eagerly with shares in the group they were supposed to oversee.

In the meantime, Scholz is demonstrating a willingness to enlighten - for example, by giving a laudatory speech in honor of McCrum. But what one did not hear from him on this or other occasion is an excuse for the role of one's own house. In Scholz's environment, it is often pointed out that even auditors and large parts of the press discovered the fraud late on. But there are many well-paid officials in the Treasury who don't just have to get their information from the newspaper.

A central question for Scholz should therefore be whether he really knew so little about the suspicion against Wirecard, as the sometimes very narrow-lipped appearances of his employees before the investigative committee suggest.

"If you order a tour from me, you get it too," Scholz once said.

Where was that leadership before the scandal blew up?

MEPs will certainly confront Scholz with this question on Thursday.

As the highest-ranking witness, the head of government rounds off the celebrity week in the investigative committee on Friday morning. She has to testify even though she has never met top Wirecard managers. The point of contact between the head of government and the scandalous company is her former Defense Minister zu Guttenberg, who spoke to the Chancellor on September 3, 2019 at a meeting in the Chancellery on Wirecard.

This conversation became public through SPIEGEL and contributed to the fact that a committee of inquiry was set up at all. Guttenberg asked his former boss to support Wirecard's market entry in the People's Republic on her trip to China. Following the report, the Chancellery had to provide files on the process with Guttenberg. This gives the impression that Merkel may find it rather uncomfortable to let Guttenberg harness her. In the marginal note, an official noted that the Chancellor, when asked about the conversation with Guttenberg, could not remember that it was about Wirecard.

But the files are clear, also because Merkel had asked Guttenberg, who worked as a lobbyist on behalf of Wirecard, to write down information for her visit to Beijing and send it to her people.

The process is actually unpleasant: In September 2019 there were a number of alarming reports of market manipulation by Wirecard and investigations by the supervisory authorities.

Why did Merkel give in to Guttenberg's insistence and advertise to the Chinese government - for a company with a dubious reputation even then?

How much did she know about it, and if not, why didn't her officers tell her about it?

To this end, the parliamentarians in the U-Committee will hole Merkel. You will also want to know whether the Chancellor addressed Wirecard directly to the President. Ironically, there was a ministerial who had saved Merkel from meeting Markus Braun months before her trip to China. Its task was to evaluate Braun's request for a meeting with Merkel. The official referred to media reports about public prosecutor's investigations against Wirecard and recommended that Braun's request be rejected with reference to Merkel's busy schedule. 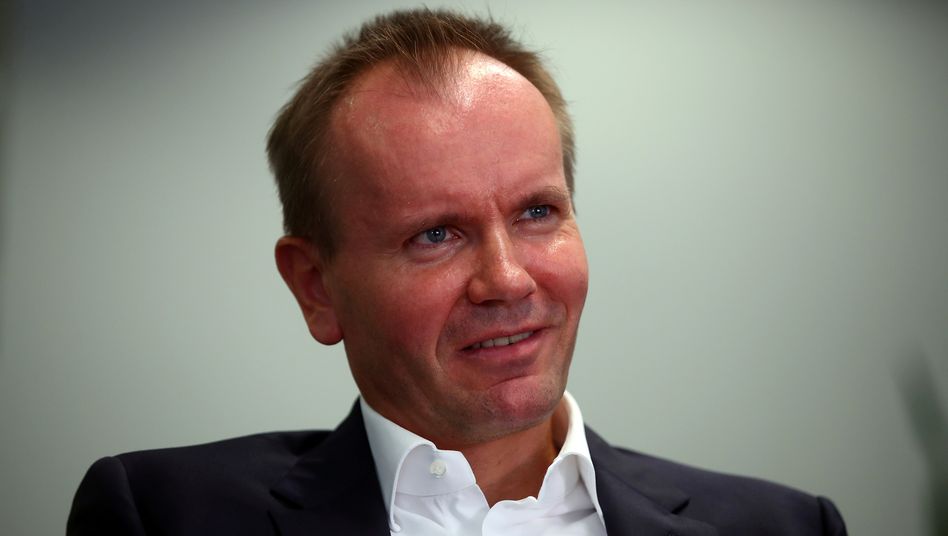 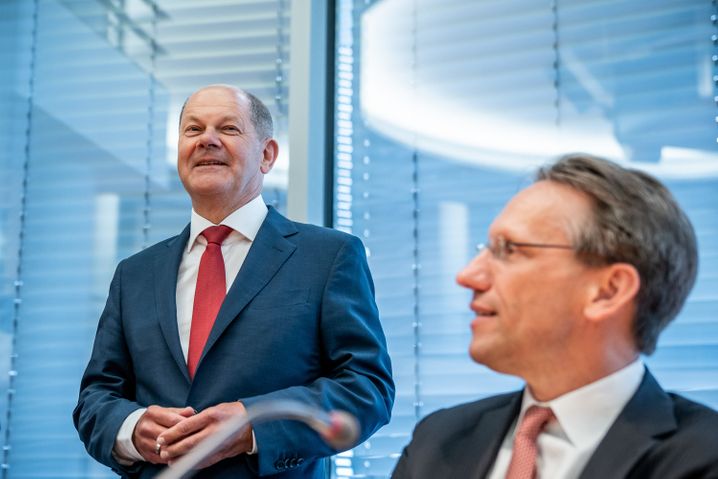