Charles Michel: "After the crisis, we must achieve a consensus like after the Second World War"

The President of the European Council asks to agree on social criteria "beyond GDP", which measure whether the EU is moving "in the right direction"

Social convergence, the great pending subject of the European integration process, will arrive for the first time this Friday at the top of the community leadership. The European Council, meeting in an extraordinary way in Porto, will adopt a declaration that adds a social commitment to the huge injection of funds that have been mobilized for the economic recovery after the pandemic and for the digital and ecological transition. "We must make it clear that the EU is much more than a merely financial or economic project, it is also a project for the dignity of every human being," says the President of the European Council, Charles Michel, during a videoconference interview with EL PAÍS and other European media. Michel reaches the summit with the shadow of the so-called

, the clash with the president of the European Commission, Ursula von der Leyen, on account of the distribution of seats during a recent visit to Turkey.

“About Ankara, everything has already been said.

I work daily, in perfect cooperation, with the president of the Commission ”, he assures.

What can the European Union do beyond symbolic statements?

We are at an important political moment because we will affirm the need for a social approach in the economic recovery after the pandemic but also in terms of the consequences of the double transition, digital and environmental.

We must make it clear that in everything Europe does there is a social objective, because the great European principle is dignity, respect for every human being.

I hope that from Porto the signal will come out that the EU's compass is the well-being of each citizen.

How was the negotiation of the declaration that you want to approve in Porto?

Have you had to settle for a minimum agreement given the usual reluctance of governments to allow Brussels to meddle in your social policies?

Preparation for this summit began before the pandemic. And already then I insisted in my meetings with social agents that we must look beyond gross domestic product. GDP is an important guide, but not the only one. The European guide must be the welfare of our citizens. And this crisis, the pandemic, has shown that even in national competitions, such as health, it is necessary to strengthen cooperation. Now, after such a crisis, we have to see if we can achieve a consensus similar to that achieved after the Second World War, when social partners in many Member States were able to work together to send a signal. That was the basis for the birth of Social Security systems in many countries. Now, in the post-pandemic era,We also need to launch a new and ambitious strategy, with the idea that we are facing a new economic and social paradigm.

But GDP is important because the higher it is usually means that people have more wealth.

Let it be clear that I will never say that GDP is not important.

It is an important factor, but not the only one.

I give you an example.

In some African countries, there have been years when GDP grew a lot compared to Europe.

Does that mean that the situation was better there?

No. We must look at the starting point.

And take into account other factors, such as access to education, equality, the fight against poverty or the quality of the environment.

And how is it guaranteed that those factors beyond GDP result in the well-being of the population and are not mere statistics without a concrete impact?

We have many statistics, at the European level, in the OECD. But my intention is that the social agents - employers, SMEs, unions - agree on five or ten criteria that they consider appropriate to democratically evaluate whether we are moving in the right direction to strengthen European welfare. And I hope that this proposal is endorsed by the Heads of State and Government. We need criteria related to education, to innovation. Or about the fight against poverty and discrimination. Five or ten criteria that, once agreed, can be evaluated year after year to know where we are going. My idea is that we must make it clear that the EU is much more than just a financial or economic project. It is also a project for the dignity of every human being.

Is Porto going to deal with specific issues such as European unemployment insurance?

I have the impression that this matter will be discussed both at the high-level social summit and during the European Council. That does not mean that there will be a decision, but the exchange of views is already a step in the process. Without a doubt, social convergence is going to be part of the debate. In recent decades, we have focused on economic convergence and strengthening the single market. But both objectives require, especially after the Covid-19 crisis, that the issue of social convergence be addressed. And issues such as the minimum wage or unemployment insurance enter into that debate. It is not easy because they are national competitions. But with the pandemic we have already seen that the fact that health was a national competence has not prevented the need to strengthen cooperation at the European level.

Germany and other European countries are testing a universal income.

Could it be an option for Europe?

It is, of course, a national responsibility, and I do not take sides.

But it is an idea that has the merit of fueling a confrontation of ideas, of provoking certain reflections.

I find it interesting to stir up these ideas and I am glad that in many parts of Europe the debate has been opened by intellectuals, politicians, economic agents and social agents.

One of the big questions in relation to universal income is quite simple: is it going to replace the social protection mechanisms put in place after the Second World War or will it be a complement and will it only replace them in part?

The German Chancellor and the Dutch Prime Minister are not going to Porto and are going to attend the summit by videoconference.

Is it proof that this summit is given little importance?

That is not my interpretation.

As a consequence of covid-19, we are experiencing extraordinary circumstances, different in each country, with different sensitivities in each state.

That is why we have this situation in which some leaders will participate by videoconference and will not be physically in Porto.

It is the first summit since the Ankara incident with President Von der Leyen.

Are you afraid that this conflict will overshadow the summit of the Portuguese city?

About Ankara, everything has already been said.

I work daily, in perfect cooperation, with the President of the Commission.

Last year we showed, under very difficult circumstances, that we are capable of delivering results.

We adopt very important decisions: the budgetary framework, the recovery fund, agreements on climate, on industrial policy, in the digital area, etc.

In just over two months, the national plans will be approved and the money from the recovery fund will begin to flow, but there are doubts about whether the 750,000 million euros will be enough, especially when you see the amounts mobilized by the United States.

We made a decision [in July of last year] and now we must implement it. But recovery is not just a question of money, but also of reforms to strengthen the single market and the resilience of the EU. As for comparisons with other economic models, such as the US, we must take into account all the elements and not simply compare one figure with another. In Europe we have much stronger Social Security systems than in the US And let's not forget that in addition to the European financial package there are all the investments that are being made at the national level to boost the recovery.

Charles Michel: "After the crisis, we must achieve a consensus like after the Second World War" 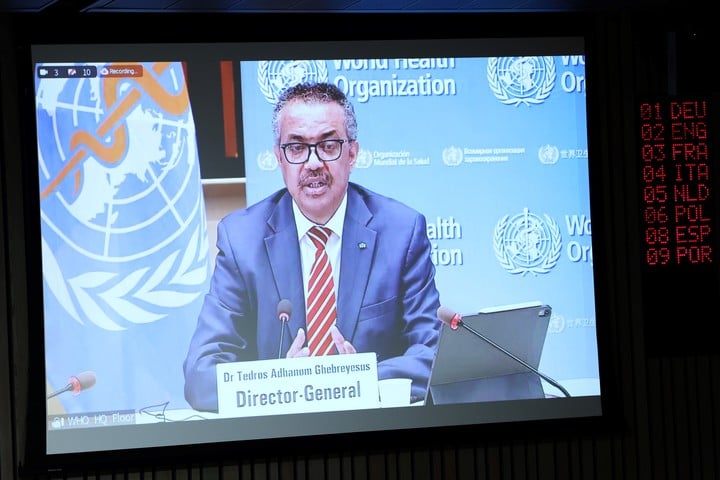 Top world leaders call for a treaty against the pandemics to come: 'It's only a matter of time' 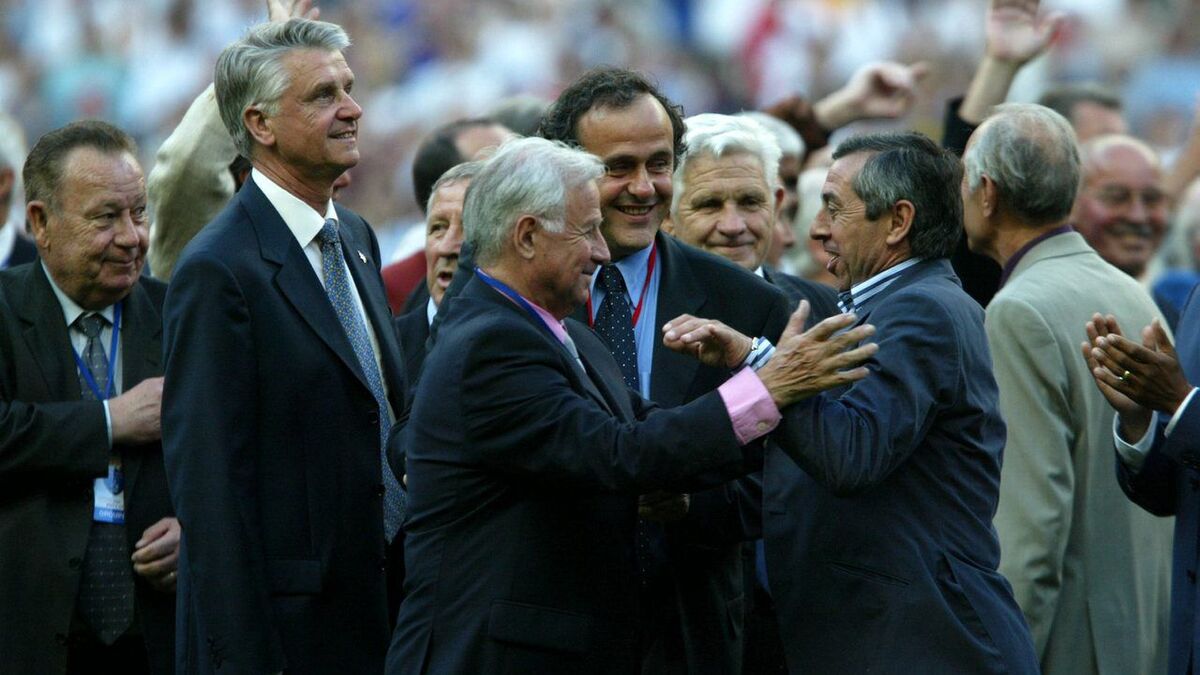 When he refused the Blues, his passage to PSG and modern football ... the good sheets of the biography of Alain Giresse 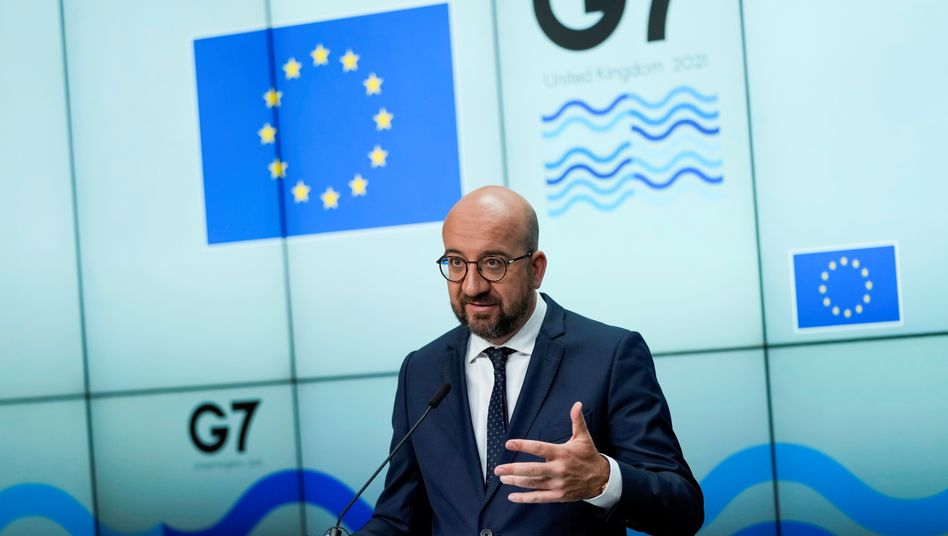 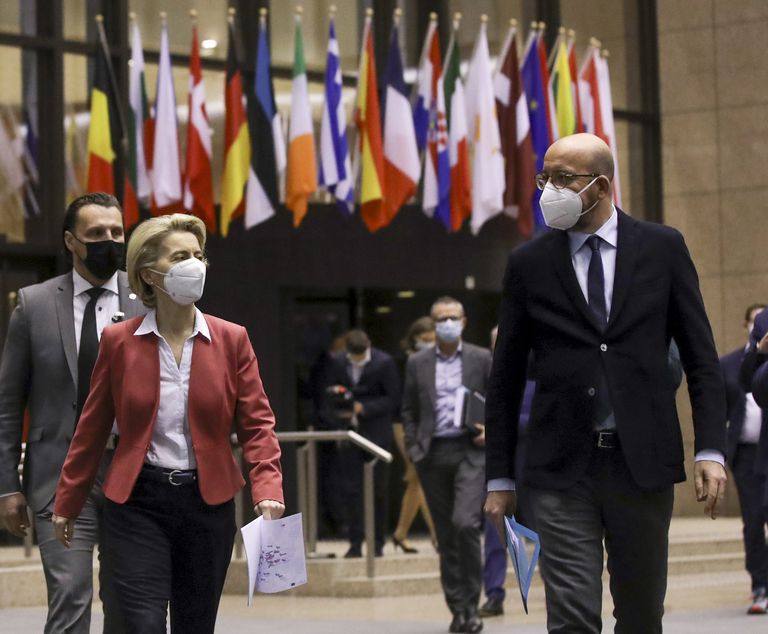 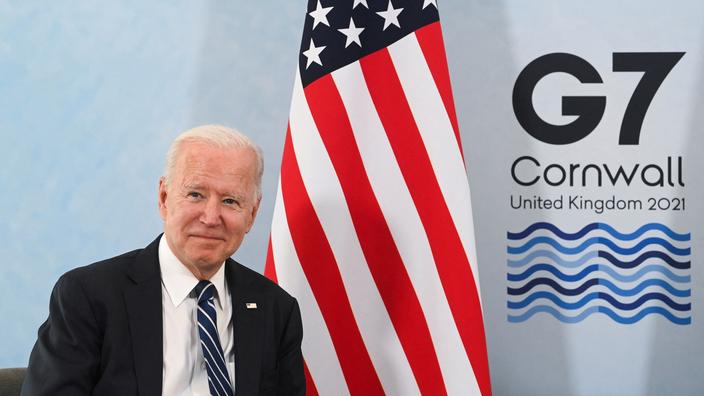 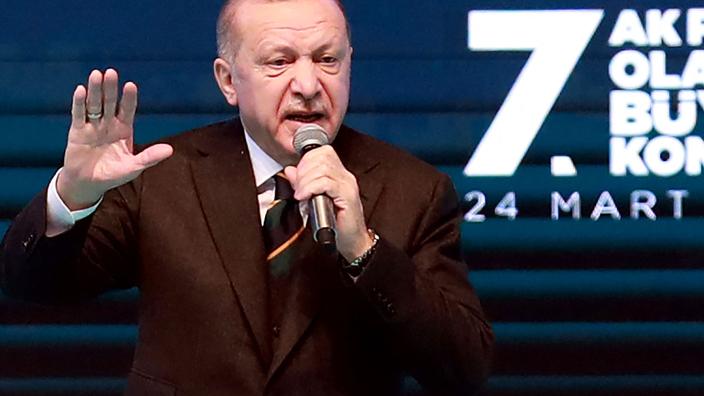