The fight for subsidies, crosses by the IMF and Alberto F. vs. Cristina K. speak of an agreement if not impossible, at least blocked. And they run the focus on the Minister of Economy. 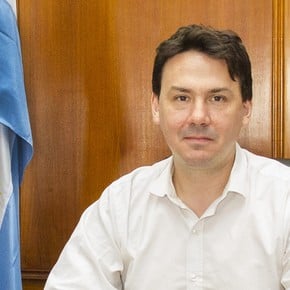 The impossibility of agreeing, even if it was not minimally, an increase in electricity rates and worse, that this ended in a

between the undersecretary of Energy and his boss, the Minister of Economy, is the resounding proof of why

the government he governs without an economic plan

or without something like a model to guide certain decisions.

There is not, and it can hardly be, where there are plenty of conflicting ideas and fragmented tasks,

there is a lack of a driver with unquestionable powers

and, above all, everything is related to the

that reigns at the top of power: this time with Cristina Kirchner behind the Undersecretary Federico Basualdo and Alberto Fernández behind Minister Martín Guzmán.

Always ready to give his opinion or to accommodate himself next to certain positions, Axel Kicillof made a

contribution to the general hubbub

: he came out in defense of the 9% ceiling for increases sustained by Basualdo, who was his official when he commanded in Economy, and in the same act he overruled Guzmán who is pushing for a bigger adjustment. Boarded that train, the Buenos Aires governor also did not notice that he was simultaneously

Fernández: did he not notice or, thinking of Cristina, did he consider that a foreign matter?

A strong part of the energy arm of the vice, Basualdo has direct participation in the board of directors of IEASA, the state company that operates a millionaire fund in subsidies and that replaced the ENARSA founded by Néstor Kirchner in 2004 and, at that time, the person in charge of the oil and financial deals with

You could say, you bid for spaces of power and power of money together.

There is another important figure in that list, who is used to equating subsidies for electricity consumption with those for health and education, but who still maintains a perhaps cautious silence. He is

controller in the Gas Entity, former advisor to Julio De Vido and a man who is attributed

both statist and Peronist leanings.

Bernal is part of the leadership of the increasingly active Instituto Patria chaired by Cristina K and has Oscar Parrilli as second, that kind of all-service courtier.

Less productivity, almost nothing is missing when we talk about the energy outlook, starting with the

accumulated during a 24-month freeze and its opposite, a huge package of subsidies that in 2020 added

at the exchange rate official. That account that Guzmán wants to contain is now advancing to 78% and at that step is on track to close the year at around

according to private projections that give an official dollar of $ 113 by the end of December.

And to better understand what we are talking about, it is worth remembering that in 2015, when Kicillof stopped being Cristina's Minister of Economy and Cristina left the Casa Rosada, the stock of energy subsidies was equivalent to an impressive

Also then, the official system distributed subsidies without discriminating between those who really needed them and those who could pay for electricity a rate closer to the cost of generation.

It is thus evident that Kirchnerism has returned to power

without its technicians having brought this problem solved

, as if there were not a case of poor distribution of scarce income and as if the State that we are all swam in money. Notable and obvious: Often times, a grant has the advantage of kicking the problem rather than working to find a solution for it.

The accounts suddenly changed color last year, heading for a surplus of $ 929 million.

Nothing permanent but transitory, the cause of the downturn was a plummet in economic activity that led to a 40% collapse in imports.

Far from rising, exports that could mark a certainly consistent turnaround fell 20%.

In the form of dollars in quantities as ostensibly large as they have long been disturbing and scarce, a formula for this phenomenon already riveted says that

and that if it falls, we may have some positive external balance.

The point is, finally, that the available inputs do not by themselves support even the most modest productive advances.

According to the latest known official data,

this year oil production fell 6.8% compared to last year and that of natural gas fell 10.3%

and that, continuously, both remain well below the 2010 records.

In other words, for a decade a factor that is vital and drives the most diverse and essential activities has faced an acute crisis, with no way out in sight and, to top it all, crossed by endless internals.

Surrounded by a similar mess, the story that follows also has the protagonists of tough Christianity or Cristina herself and, badly enough, Minister Guzmán. It is a draft declaration of the ruling Senate bloc, promoted by Oscar Parrilli himself from the Instituto Patria, which requires that an extra disbursement from the IMF of US $ 4,350 million soon to arrive be used to alleviate the effects of the pandemic and not to pay "debt and interest," as they say Guzmán intends.

"This is not an internal government, but a project that has a clear target and is the Monetary Fund," said Parrilli. It is too much to pretend that no one sees there

just when both personally negotiate an agreement with the IMF, or too much to suppose that the bundles of the organism can come with the label "only to use in pandemic expenses ”and more of the same, trust nothing less than Parrilli. It is similar to saying pompously “photo of the unit” to the far less historical fact that the President, Cristina, Massa and Kicillof got together for a photo and at the request of the very shaken Alberto F.

You can put the name that everyone wants, throw it away after the elections after a long year of talks and feints, but

, only that neither in one case nor in the other will it be precisely a walk.

Similar things happen around the inflation of 40-45%, the energy hole, with economic activity and the management of power fragmented.

And there is much of that, visibly, in the bombardment of the positions of Martín Guzmán, even if he is the minister that Alberto Fernández and Cristina Kirchner elected and who will be where he is until, it is assumed, both want and agree.

And nothing to be ignorant, Guzmán was not put by Mauricio Macri and this time nothing can be blamed on Macri. 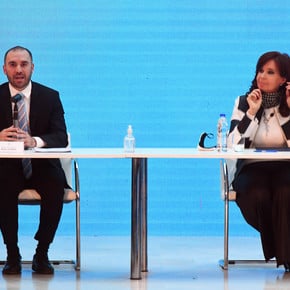 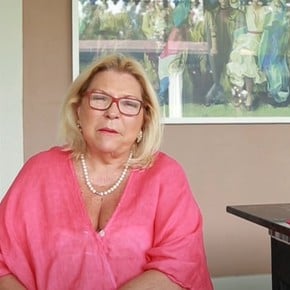 Elisa Carrió clarified why she compared Alberto Fernández to 'a diaper': 'I didn't want to offend him' 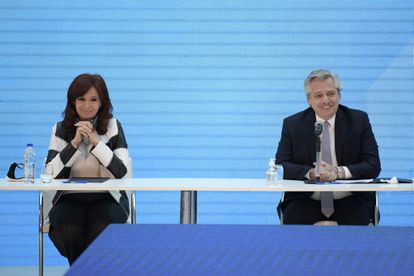 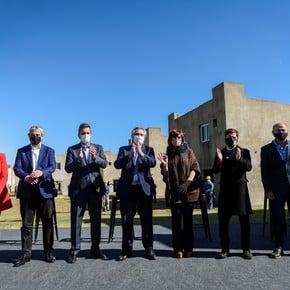 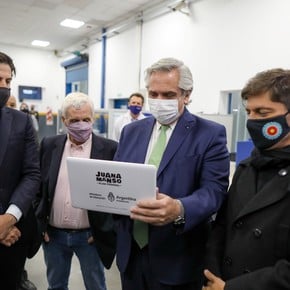 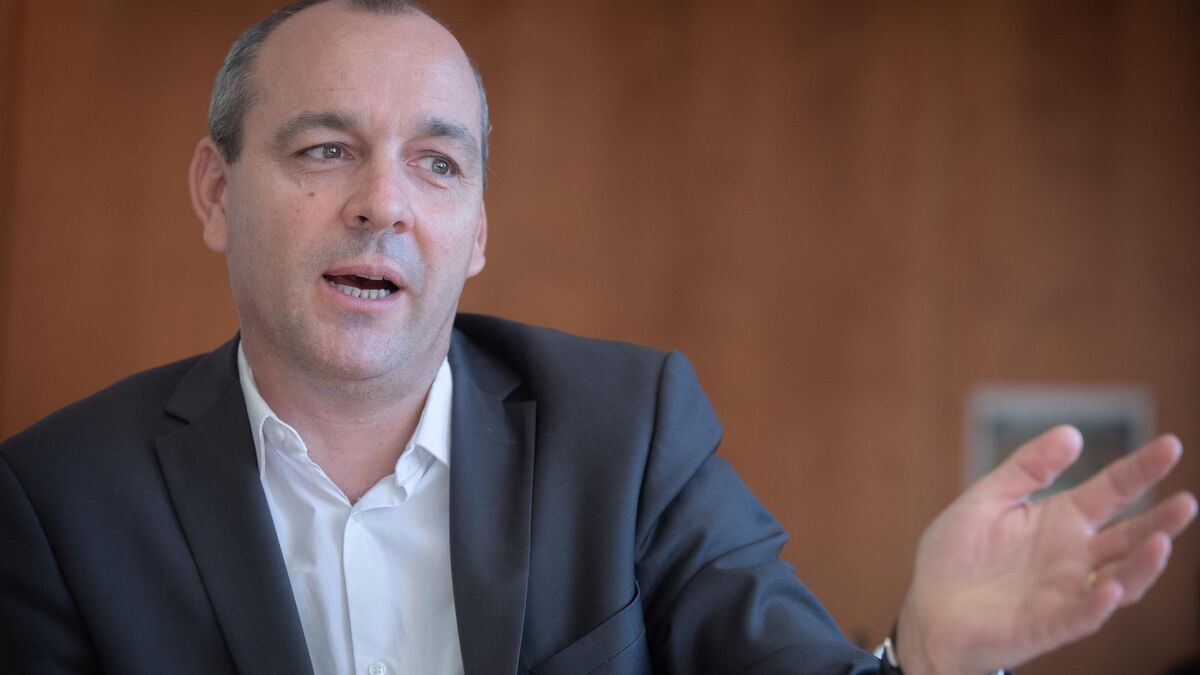 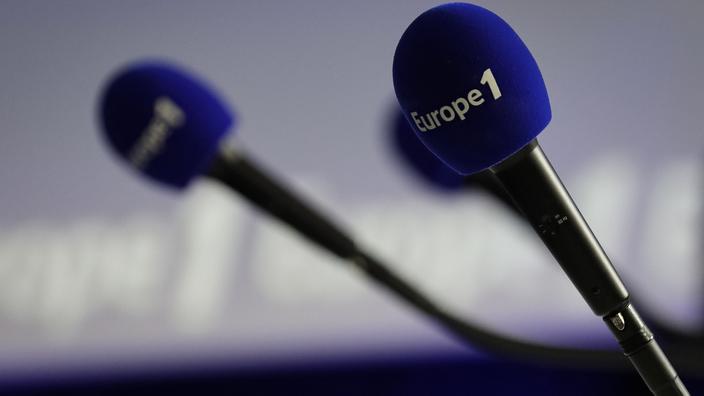 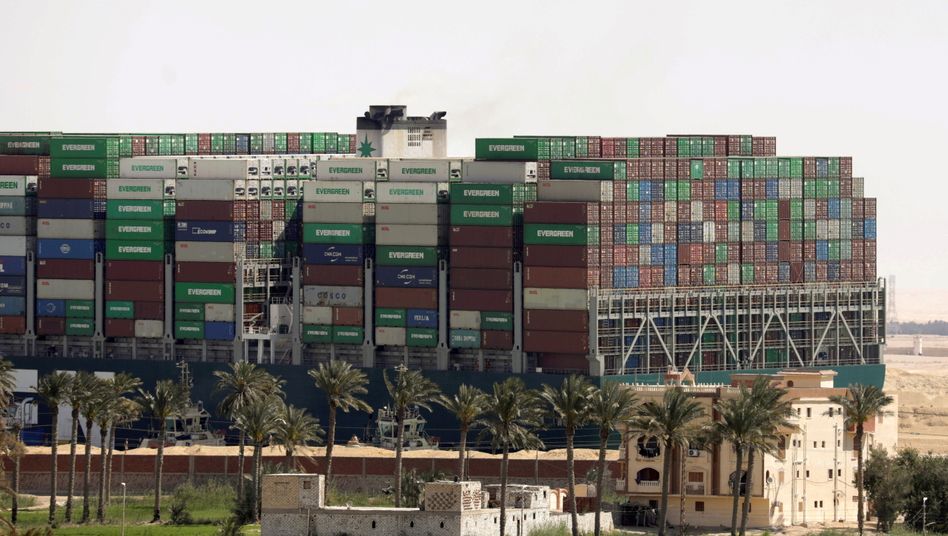