The rise and fall of Xu Jiayin, the founder of Evergrande

Xu became the richest man in China. Now the fear of the contagion effect of a possible bankruptcy of its real estate motivates crashes in the stock markets 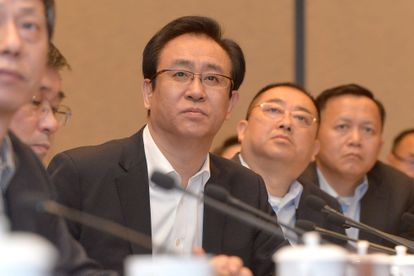 The founder of the indebted real estate Evergrande, Xu Jiayin or Hui Ka Yan - the Cantonese version of his name, by which he is also known -, aged 62, became the richest man in all of China.

In 2017, the rise of his group caused this lover of yachts and luxury brands to displace the hitherto almost untouchable Jack Ma, the creator of the e-commerce giant Alibaba, to the top of the lists of the country's billionaires.

But now, having reached the top, he is on the edge of the abyss. Evergrande is the world's most indebted property developer, with obligations exceeding $ 300 billion - more than Finland's GDP. Although his problem, at the moment, is not so much the vast amount of debt as the liquidity crisis that he suffers and that creates enormous difficulties for him to pay it. The fear of a bankruptcy that could drag down the entire real estate sector, and with it the economy of the second largest power in the world, keeps investors from all over the world in suspense.

And his personal fortune has been reduced.

Today, after the real estate developer lost 84% of its value this year, Xu

him as the fifth largest tycoon in China.

Theirs is a story similar to that of many other self-made Chinese billionaires, and runs parallel to that of the country itself in the last seventy years: After starting out in dire poverty, they prevailed in their sector thanks to their ambition and efforts. personal connections that they were drawing.

And they ended up reaching riches and power that were unthinkable in the beginning.

In Xu's case, his story began in 1958, when the disastrous Great Leap Forward campaign (1958-1962) to industrialize China began and caused a famine that killed millions of people.

The future billionaire was born in a small village in Henan, one of the provinces most affected by that disaster.

He lost his mother a few months after he was born.

His father, a former soldier, had found employment in a warehouse and entrusted his care to the baby's paternal grandmother.

Years later, the Evergrande founder would recall his childhood as a time when his clothes and sheets “were completely patched up all over” and his diet consisted of sweet potato and boiled bread dough.

"I wanted to get out of the country as soon as possible, find a job in the city and be able to eat better," he said.

He dropped out of school temporarily after finishing high school, during the Cultural Revolution (1966-1976) and resumed after the universities reopened in 1978.

He studied Metallurgy, and would work in companies related to this sector for a decade, during the post-Maoism years and the beginning of the reform and opening up.

In 1992, after having escalated positions in his company, he quit his job to move to Shenzhen.

That fishing village neighboring Hong Kong had been chosen to become China's first special economic zone (SEZ), an area where capitalist formulas to promote growth would be tested.

They were a great success.

By 1992, what would become the technology capital of a rising China was becoming a buoyant and energetic city.

In 1996, Xu founded Evergrande in Guangzhou, the capital of the province of the same name and neighboring Shenzhen. At first, he opted for modest promotions in areas of affordable prices. But it soon became clear that he could up his ante. Housing was one of the sectors where a gigantic unsatisfied demand was accumulating, and promotions were sold like donuts in the most populated country in the world and where owning an apartment was an indispensable condition for a man to think about getting married. The continuous rise in prices, with no apparent roof in the main cities, made hundreds of millions of Chinese bet on the purchase of second, third or fourth homes as a safe investment. Evergrande spread throughout China. Today it is present in more than 240 cities throughout the country.

Xu has skillfully managed his political connections and praised the Communist Party very publicly. According to the Canadian consulting firm Cercius, quoted by the

, the promoter benefited on his upward path from a close relationship with China's vice president in the early years of the century, Zheng Qinghong, and his family. In 2018, he was one of the participants in the Party Congress in which Chinese President Xi Jinping succeeded in having formal limits on his term abolished, opening the doors to stay in power for as long as he wants. Then, the real estate developer praised that, under the command of this formation, "over the last thirty years private companies in China have been able to start from the bottom" and transform "from small to large, from weak to strong" .

By then, Evergrande was already an empire.

In 2009 it had started trading on the Hong Kong Stock Exchange.

A year later, Xu took control of the Canton soccer team, which for years would be called Guangzhou Evergrande and would dominate the sport in China, with eight league championships under its belt;

the club signed collaboration agreements with the Real Madrid foundation.

It was followed by other investments in other sectors, from mineral water to tourism, passing an electric vehicle manufacturer that has not yet commercialized a single model.

But all that empire was based on what has ended up being its great Achilles heel: indebtedness. The company turned to credit, easy to obtain, to finance its promotions. With the sale of real estate before they were finished, it financed other projects, in a formula that it would replicate in other sectors, such as wealth management products.

Until the particular Evergrande bubble has burst. If the empire expanded aided by the political connections of its creator, it has also been politics that has caused its downfall. Xi Jinping's China has begun to lash out at super-millionaires and sectors it considers too powerful, in the name of "common prosperity." Chinese regulators have imposed a series of rules to limit the high level of indebtedness in the real estate sector. As a result, the group can no longer sell promotions before finishing them. The liquidity crisis that this has unleashed threatens to bring it down. This summer, when the clouds were gathering over the group's prospects, the founder resigned as chairman of Henda, the company's main real estate agency.

"I believe that thanks to the collective work of our leadership team, and of all our employees - if we continue to fight, and persist through this fight - we will soon emerge from this darkness," Xu promised in the letter addressed to his close to 200,000 employees. For now, markets await events with bated breath. 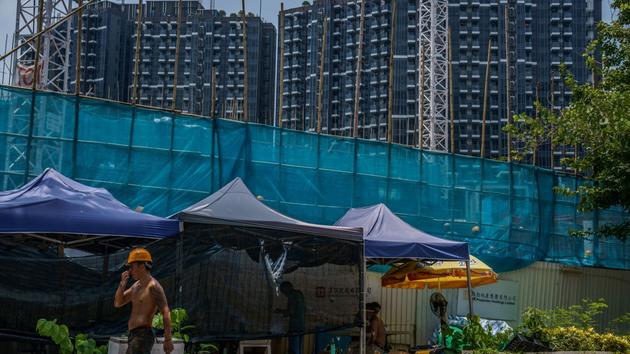 250 billion debt: the fall of the Chinese giant Evergrande 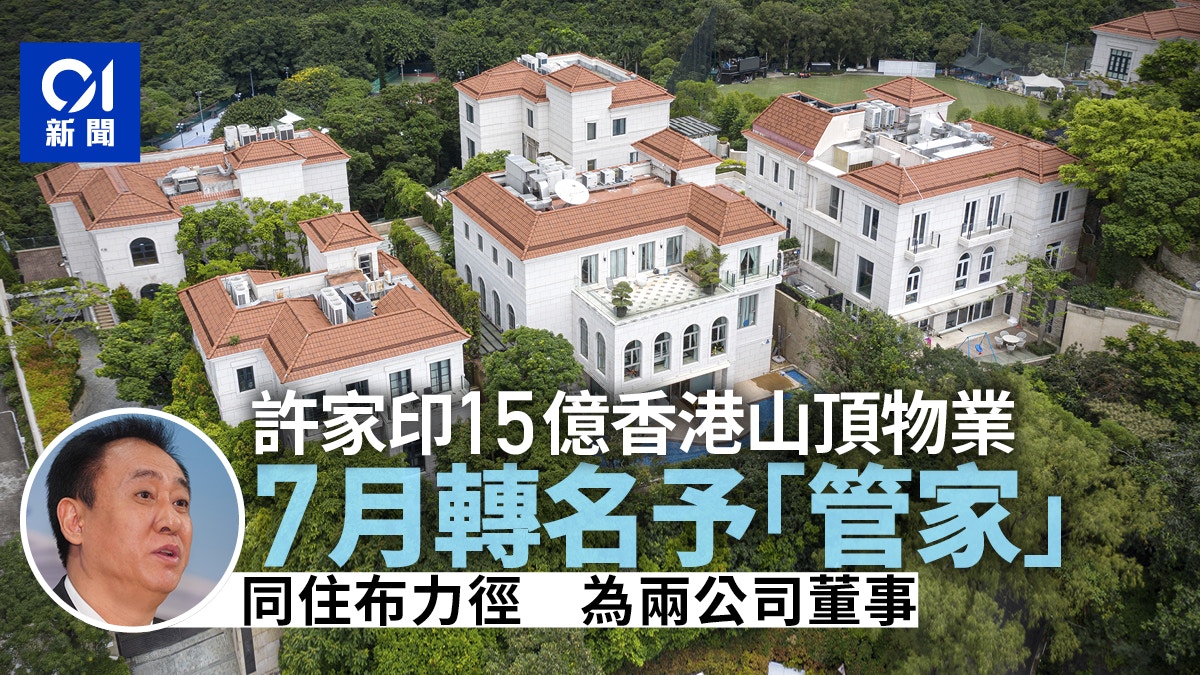 The rise and fall of Xu Jiayin, the founder of Evergrande 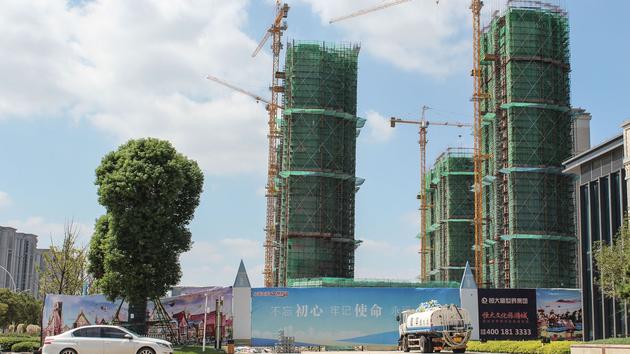 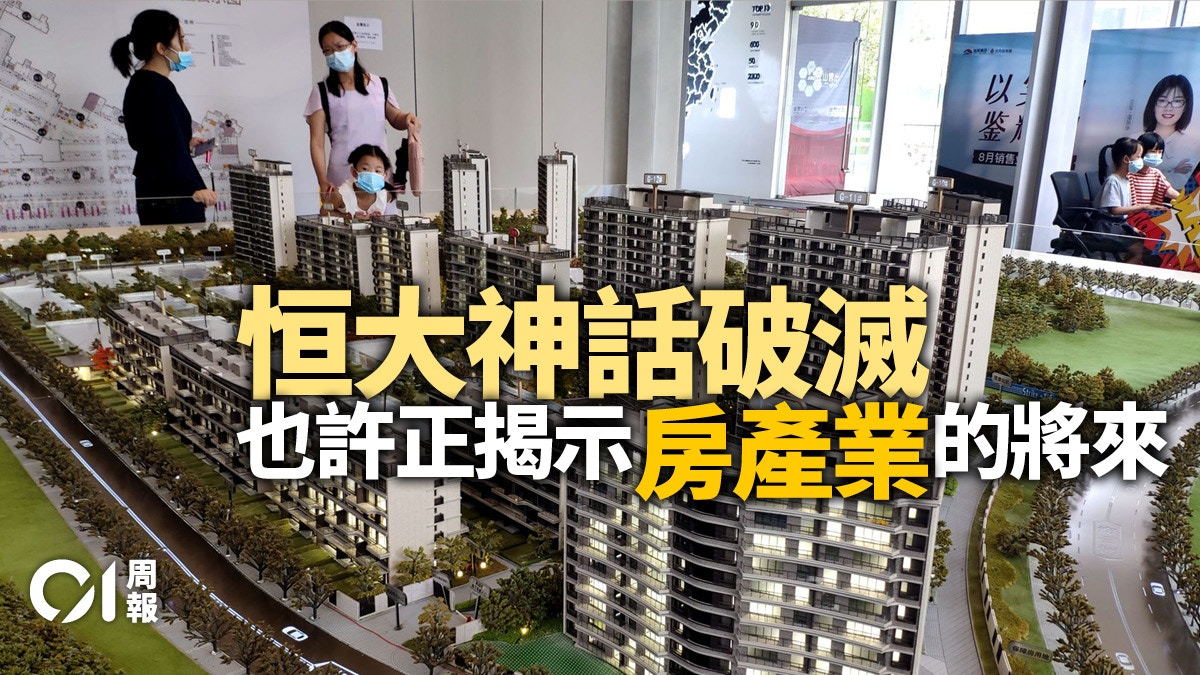 Chinese banking stocks are dragged down and all the bad news of Evergrande is still saved? 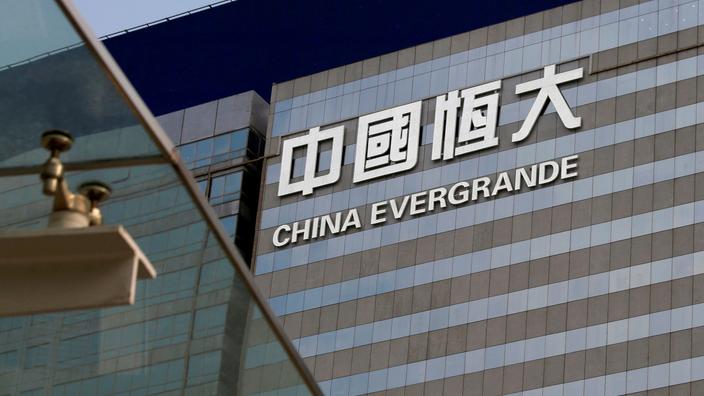 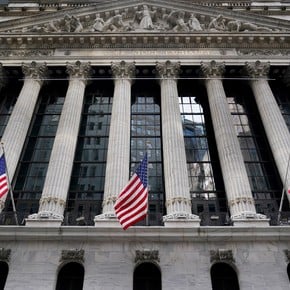