Covid-19: companies called on to facilitate teleworking even if the health protocol does not change

INFO LE PARISIEN. No change on remote work in the new health protocol which will be put online, but Elisabeth B 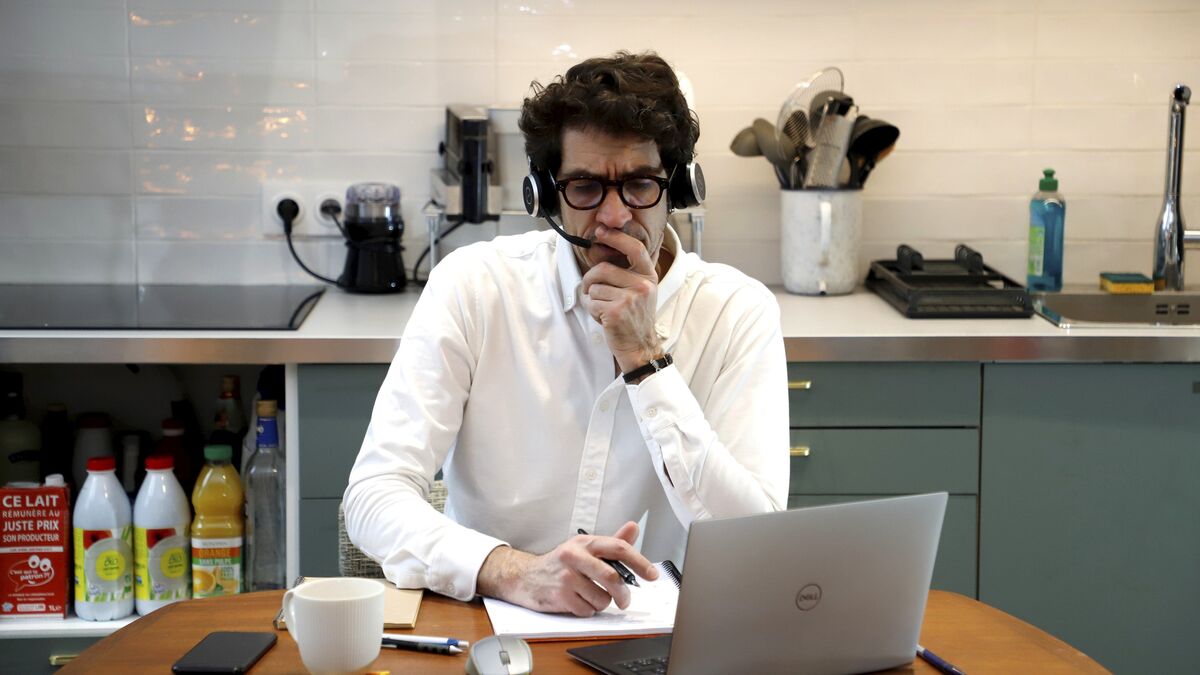 The question begins to revolve in companies.

Will teleworking be reinforced with the surge of the Covid-19 epidemic and the arrival of the Omicron variant?

The concern is palpable.

From there to reshuffling the cards?

Behind the scenes, the Ministry of Health has been pushing the wheels for a few days, building on the positions held in the past by Emmanuel Macron and his Prime Minister Jean Castex, considering this measure as one of the effective weapons to curb the circulation of the virus.

For now, the government remains straight in its boots, if we are to believe the new health protocol, a kind of manual for employers, which will be published this Monday, November 29 at the end of the day.

"We do not have enough data to change our position," they argue.

This is also the line adopted by the National Health Defense Council which was held last Wednesday: "no change planned for the moment".

Flexibility on a case-by-case basis

Since September, companies have been the only masters on board to manage teleworking within them.

It is up to them, via agreements or charters, to decide on a number of days… or not.

The new protocol does not include any inflection, even if a few lines have been added specifying the “current context of epidemic resumption”.

It is thus written, that "the organization of an exchange within the framework of the social dialogue of proximity on the installation or the reinforcement of the sanitary measures within the company is all the more essential" (examples: spreading schedules; traffic flow; setting up of teleworking etc.).

Comments exchanged last Thursday (before the appearance of the new variant) during meetings between the Minister of Labor and trade unions and employers clearly open a corner to a possible development.

“As the protocol specifies, teleworking participates in the process of preventing the risk of Covid infection.

The Minister therefore invited employers to facilitate its deployment, taking into account the issues of work organization, the risks associated with the isolation of employees, ”said Elisabeth Borne's entourage.

Between the lines, the ministry encourages employers to be flexible and on a case-by-case basis if necessary.

Except that nothing obliges a company to do it.

The ministry highlights the risk of isolation

A communication inspired by the “and at the same time” dear to the executive, which shows how the government is walking on eggshells. The little phrase released by Geoffroy Roux de Bézieux, the president of Medef on November 23 during a trip to Plougastel-Daoulas (Finistère) does not fool anyone: "We are not going to lie to each other, teleworking is a bit the gland ”, reported the newspaper Le Télégramme during this meeting of the local Medef. Comments corrected a few hours later by the regional daily in Brittany following the request of the entourage of the president of the employers' organization indicating that there had been "an error of understanding". A revised statement has become as follows: "for some employees who cannot telework, the image of teleworking is a bit like the gland".

Far from these considerations, the Ministry of Labor highlights the risk of isolation.

“We cannot ignore that one in two employees has had a bad experience of intensive teleworking”, we recall.

And to add: "we must not ignore individual situations or break up the work collectives".

“In addition, it would not be consistent to return to 100% teleworking while leaving the possibility of going to bars and nightclubs”, adds one in the entourage of the Minister.

So much reluctance in the face of widespread teleworking that most unions also share, without ruling out this hypothesis if scientists recommend it.

A firm reminder of barrier gestures

The strategy displayed today in the new protocol therefore focuses on the “strict” application of barrier gestures, and particularly the compulsory mask, which have been clearly relaxed, according to all the players.

A reminder of good practices, with a few additions.

Such as "control of air quality and aeration / ventilation of closed spaces".

"Aeration should preferably be provided naturally with doors and / or windows open permanently or failing that at least five minutes every hour", specifies the protocol.

It is recommended, on the other hand, to "provide a CO2 measurement system in the event of difficulty to guarantee the quality of the air".

Another mini-change mentioned in this text of twenty-eight pages which essentially takes up the old version: "The moments of conviviality bringing together employees face-to-face in the professional context are not recommended".

As for company canteens, return to the rules imposed last spring: "respect for a distance of two meters between the chairs occupied by each person, unless a wall provides a physical separation". 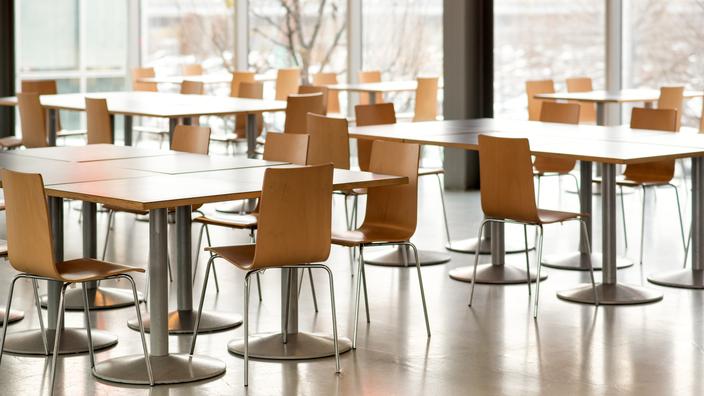 Covid-19: companies called on to facilitate teleworking even if the health protocol does not change 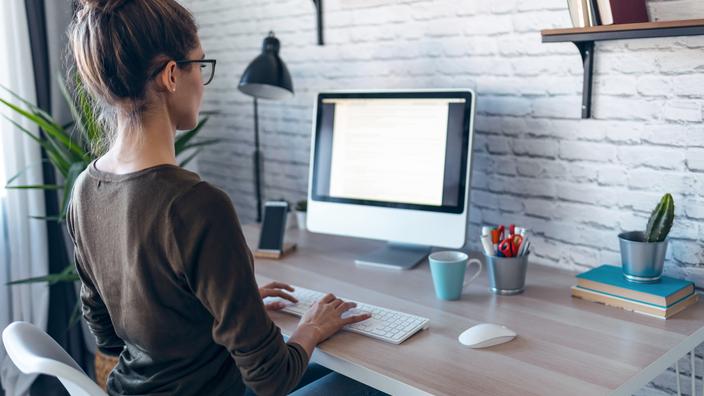 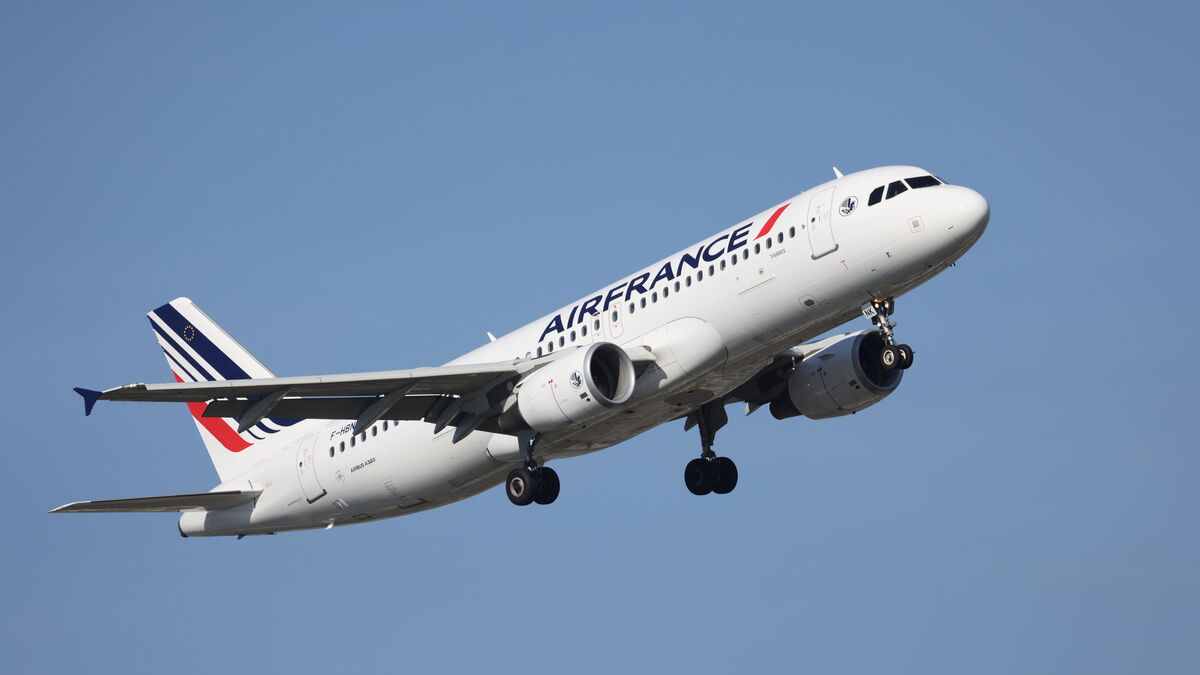 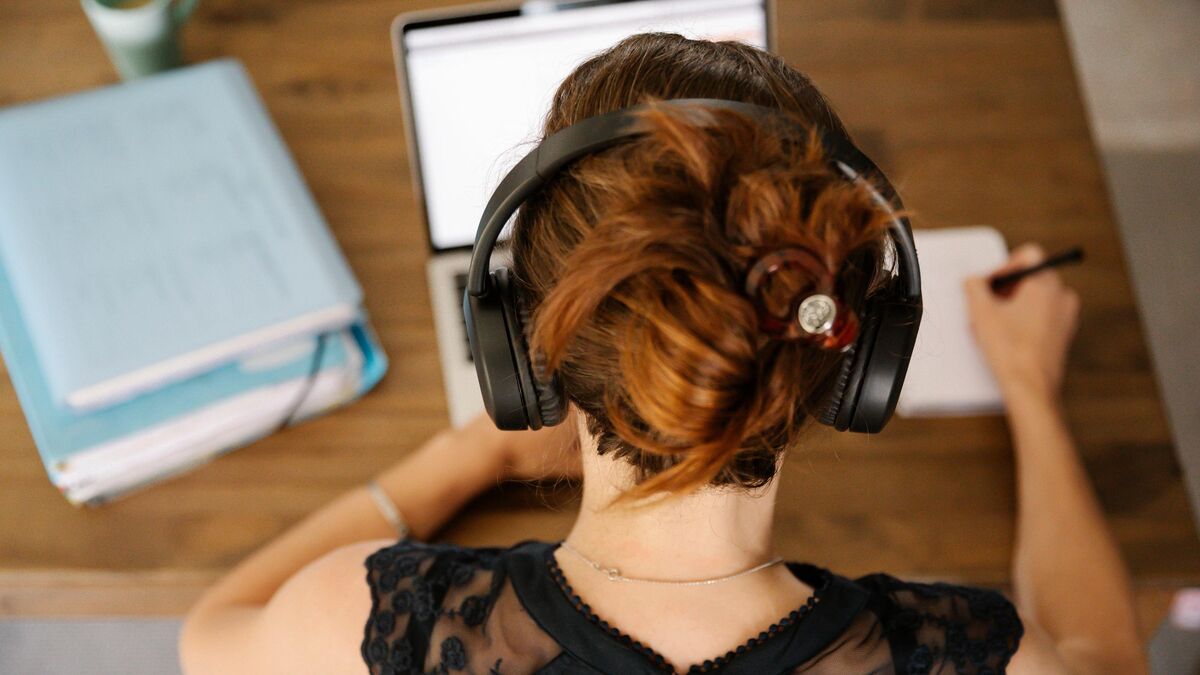 5th wave of Covid-19: no toughening of rules on teleworking in sight at this stage 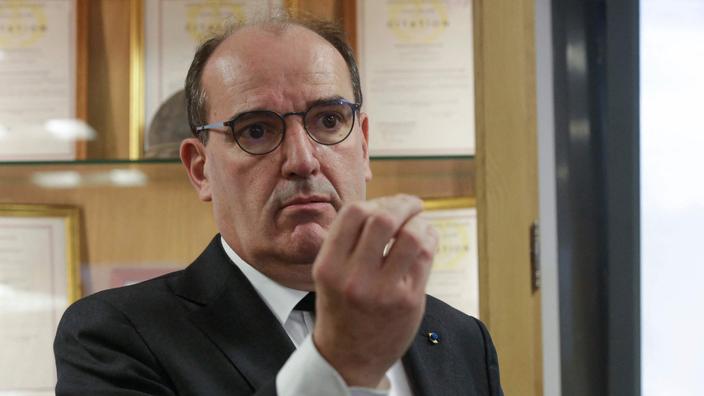 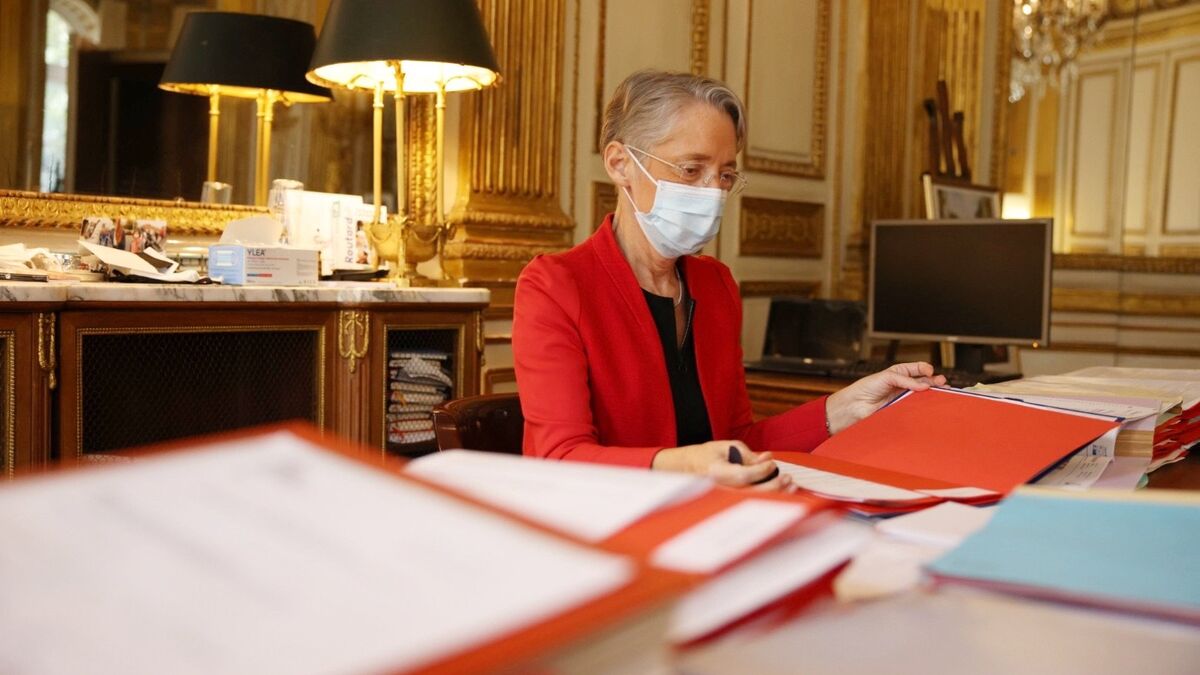 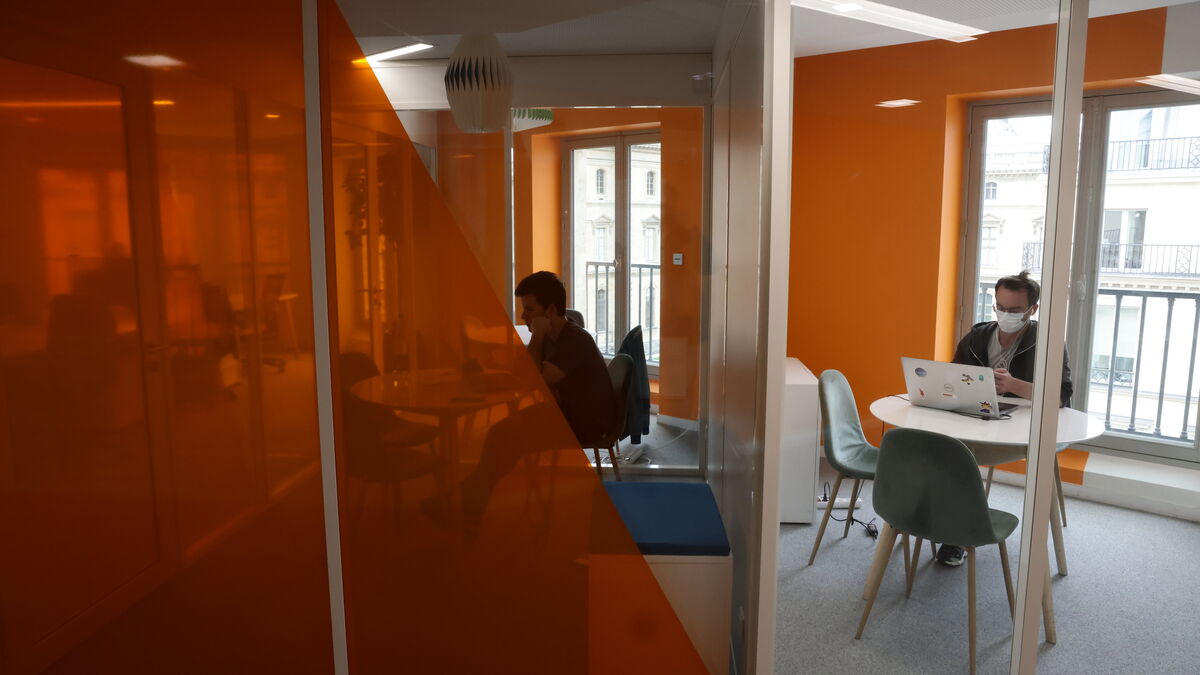 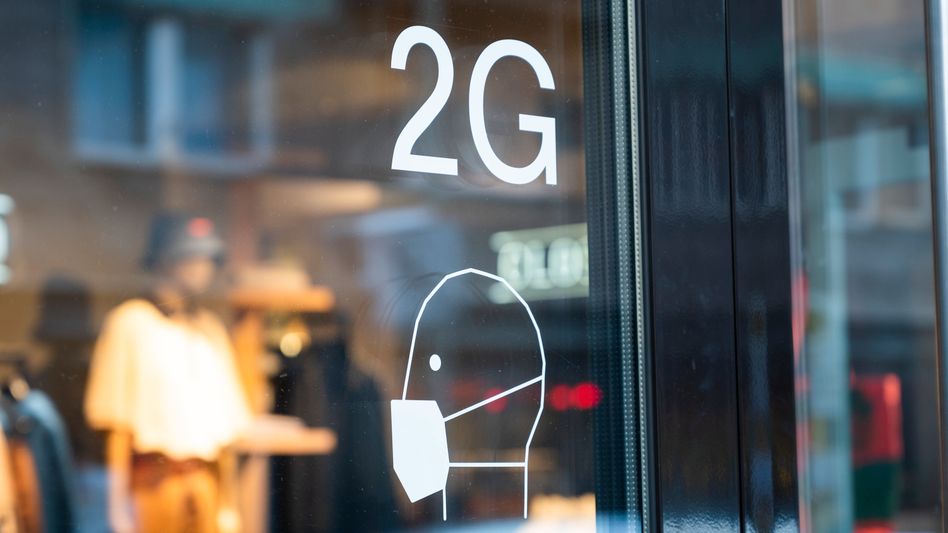