This Tesla is for the weak: The Israeli "Yotpo" has announced that it will provide a digital artwork (NFT) to every employee who has been employed by the company for over a year

You are not up to date: the NFT is becoming a symbol of the new status of those employed in the high-tech industry.

The Israeli "Yotpo", which has developed marketing platforms for online commerce, announced that it will provide a digital work of art to every employee who has been employed by the company for more than a year.

Once it was give a bite, then it became an electric Tesla - and for the outstanding - a third apartment to launch.

Now there is the new status symbol of high-tech workers.

So what do you give to people who already have everything?

The Israeli company "Yotpo" has announced that it grants NFT to every employee employed for over a year in the company.

Any employee who meets the above employment criteria will receive a digital artwork with Flamingo, which according to the founders of Yotfu and its managers, is "the animal identified with the company and its values," the founders say, adding: "We could not establish the company without our people and community. We want to bring back something significant with value. "

The digital flamingo is of course part of a unique NFT collection, designed and limited to Yotfo employees.

The company also said that this is an innovative move, based on the company's vision to create a meaningful community for employees. The company clarified that the employees will not live on the art alone, but that the work will be granted "in addition to additional options and benefits."

The company chose to promote this move against the background of the momentum experienced by the eCommerce field since the Corona, which now also reaches the Web 0.3 field. Among other things, the Canadian Shopify, which recently signed a strategic cooperation agreement with "Yotpo", launched capabilities in the NFT worlds as well as "Nike" which released some special shoe models in this way, "Adidas" which chose to invest in the monkey brand in this way, creators of "The Simpsons "They sold gold figurines with the characters of the series and more.

These days the company made a drop of the first NFT collection with the flamingo, as mentioned - the animal identified with the company, created by its design team, to 40 employees who receive it as a gift and in the future will be able to trade them according to their personal wishes.

The distribution of the NFT is done as part of the process of introducing the employees to the club as part of which they will receive special benefits, entry to different places, unique products and the right to be part of a community and track artwork in the NFT with the option to save or sell, similar to equity.

The royalties from the project will be "donated" to the community and to associations selected by the community of workers, as part of the company's goal to provide real value in these areas.

: "In order to give back to our community of employees, we have decided to take a step into the new and exciting world of NFT, whose rules are in line with Yotpo's concept. We could not have established society without our people and community. We knew we wanted to bring back something significant with value.

The fact that every employee can buy and trade in digital products and the connection to the brand in complete accordance with the eCommerce world in which we operate, inspired us. We believe we will succeed in developing this initiative into a new equity model, but what is important to us first and foremost is the sense of 'togetherness' - connecting in more channels, doing joint activities and even contributing together - where the future goes and it is an integral part of our company culture.

The NFTs are issued as a limited series, and this is the basis for their value. Today, various works that have made them NFT, are used as part of shaping the digital identity of a person or company. The development of the field may give NFT, which these days is a gateway to the crypto field for many, the same status as ownership notes, taboo registrations and more.

As a company at the forefront of the Web 0.3 revolution and being one of the first to provide audit solutions to eCommerce-based businesses, Yotfo believes that online cryptographic commerce will be a great opportunity for eCommerce brands over the coming year, along with a perception that Yotpo's tasks include The combination of innovation, design and the future of online commerce.

Yotpo's Flamingo NFT symbolizes the qualities of the company's employees and their being prominent and unique in their environment, similar to the tropical bird. The flamingo also symbolizes other values ​​and qualities that the company considers to be of great importance to its employees, including passion for work, high potential, commitment and more.

Unlike the term "unicorn" ("Unicorn") that characterizes the status of "Yotpo", the company sees itself more identified with a stable business model with hundreds of thousands of customers worldwide, rather than with an imaginary animal.

A friend brings a friend who brings a unicorn

What made Yotpo his unicorn, the same animal she now seeks to defeat with the flamingo? "Yotpo" has developed an innovative marketing platform designed for online commerce, built on the content of surfers and consumers.

The platform provides brands with unique capabilities to stand out and retain their customers in the competitive eCommerce world. This platform includes all the marketing solutions needed for brands under one roof that include surfer reviews, customer clubs, friend brings friend, and SMS marketing which together produce unique customer experiences with a high conversion rate.

In March 2021, the company announced the completion of a $ 230 million round of funding in Series F, Yotpo's highest investment round to date, led by Bessemer and Tiger Global funds, so that the company's total capital raising to date is approximately $ 406 million. .

The companies will work to develop new technological marketing solutions, in order to help brands deepen their relationships with their customers.

We are on the map: Israeli brands that have imprinted their own NFT - Walla! Of money

More ultra-Orthodox, Arabs and the periphery in high-tech, the program of the Minister of Innovation - Walla! Of money

What will happen if a million Israelis work in high-tech? - Walla! Of money

Well, at least the money goes to charity ... - Walla! vehicle 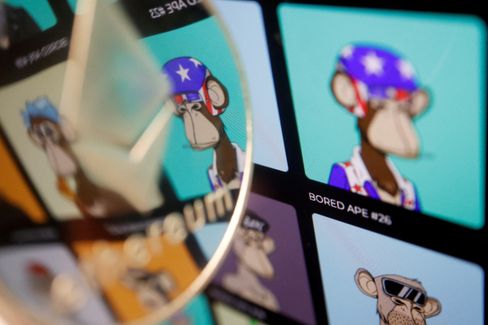 War and Art: Cryptocurrencies and NFT Works in Ukraine - Walla! Of money