USA-Russia: high voltage pulse on the European gas board

Moscow limits exports to an EU that receives more US fuel per ship. The White House outlines contingency plans with the private sector 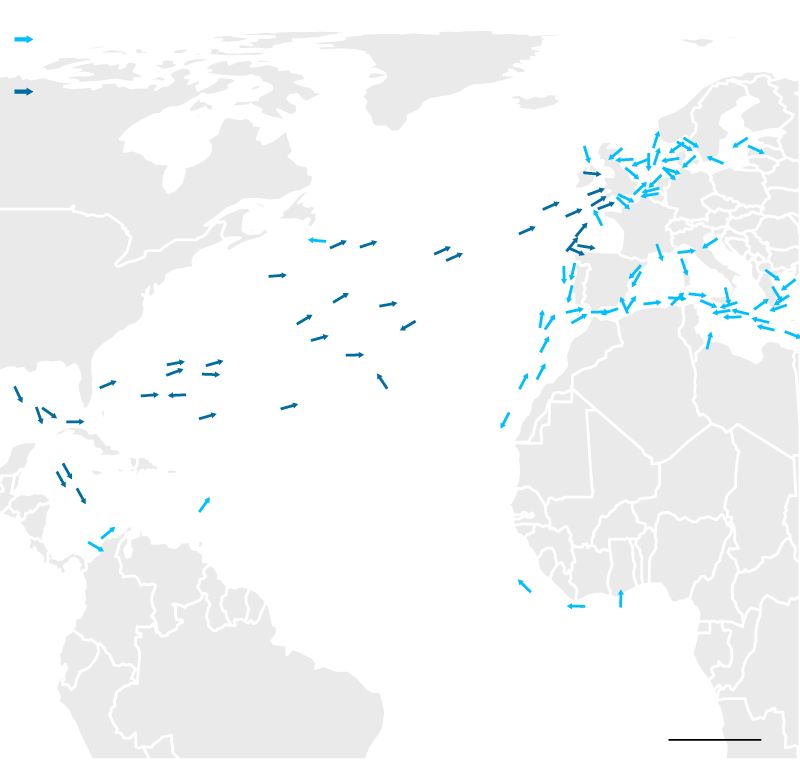 The supply of gas to Europe is one of the key elements of the crisis between Russia and the West. The countries of the Old Continent are highly dependent on Russian fuel, and both the events of the past and the indications of the present suggest that Moscow is willing to use this tool in the crisis that has Ukraine as its epicenter, which aggravates the context of prices unusually high energy prices on European soil. In recent weeks, however, a new factor has burst onto the scene that, without structurally changing the scenario, does have a considerable entity: exports of liquefied natural gas (LNG) from the US have skyrocketed.

Until just six years ago, the world's leading power did not put even a cubic meter of gas on international markets, but in this time it has managed to increase its production so much that it is already emerging as the world's largest exporter ahead of Qatar and Australia.

Driven by the all-time highs set just before Christmas - when the price of gas in Europe soared to 175 euros per megawatt hour, more than double today and 10 times more than a year ago - dozens of LNG carriers from from the USA have changed destinations on the fly: the flotilla that was heading to Asia has headed for Europe without interruption: from Shenzhen (China), Incheon (South Korea) or Sodegaura (Japan) to Rotterdam, Antwerp or Sagunto.

Ships from the US

Approximate positions as of January 14

In December, the berths of

up 33% compared to November

145% compared to the same month of the previous year.

Imports in the second week of January

“Some Asian countries had pre-purchased more gas than usual in anticipation of a cold winter. But, as the weather became benign, those bids disappeared from the spot market, prices fell, and US suppliers sent the ships that were going to Asia to Europe, ”explains Samantha Dart, head of research at natural gas from investment bank Goldman Sachs. Some of them, in fact, changed course when they were already en route. According to their data, last December the berths of methane tankers loaded with US natural gas in European ports shot up 33% compared to November and 145% compared to the same month of 2020.

The emergence of the US in the European gas equation is good news for a continent thirsty for energy and dependent on its always unstable relationship with Russia. Thus, it has gone from not sending a single cubic meter of this fuel in international markets six years ago, to becoming the first LNG exporter on the planet this year, surpassing two players with a long history: Qatar and Australia.

However, although significant, this trend does not represent a panacea, especially at a time of maximum tension such as the current one. “If we ask ourselves if this increase in US LNG exports is enough to fix the European situation, the answer is no. It is not a structural solution. The volume of imports from Russia is so large that dependency cannot be avoided with this dynamic alone”, observes Simone Tagliapietra, an expert on the subject at the Bruegel think tank. In addition, the expert underlines, it cannot be forgotten that US exports respond to "a purely market logic." “The famous freedom gas that Trump was talking about does not depend on the United States government, and it will go where there are better prices.”

Even so, the White House, according to an exclusive from the Reuters agency, is speaking with companies in the sector to outline contingency plans in case Russia opts for an abrupt tap cut.

Unlike the US case, the semi-state exporter Gazprom has a very strong link with politics.

In the past, Moscow has shown a willingness to forcefully use gas to defend its interests, as evidenced by the crises of 2006 and the very acute and prolonged one of 2009.

In the current circumstances, with geopolitical tension higher than it was then and some 100,000 soldiers deployed on the border with Ukraine, there are multiple symptoms of its willingness to use this pressure tool. It has already been doing it, and it is rational to think that it would do so with greater intensity in the event that the crisis precipitated it, with a spiral of Russian action in Ukraine, a punitive response from the West, a reply from the Kremlin in the gas sector.

It should be noted that the relaxation in the market caused by the increase in LNG exports from the US to Europe has been short-lived. As if it were an action-reaction movement, Russia —which in a typical year contributes around 40% of the gas consumed in Europe, a figure that shoots up to nearly 100% in the north and the Baltics— has turned off the tap on the pipes through which Russian gas flows to the EU. One of them—the Yamal—has been dry for several days in recent weeks. Without breaching its long-term supply contracts at any time —which the Government of Vladimir Putin hides behind whenever it is questioned about its responsibility in the explosion of the European energy bill—, Gazprom has disappeared from the spot sales market, key in the pricing process.

Pressed by events and in a strange irruption in a dispute that has more political than economic overtones, the head of the International Energy Agency, Fatih Birol, has raised his voice this week against Moscow for its role in the European energy crisis. The Russian semi-state gas company has stated in an interview in the

– the reference salmon pages in power circles – that it is sending “at least a third less” fuel than it could. And that, Birol notes, is strangling the community market.

The director of the Energy branch of the Eurasia

, Henning Gloystein, is confident that the worst of the crisis is over, largely thanks to the massive arrival of methane tankers from the US. But he believes that the "stress" at that the European energy markets have been subjected to is of such magnitude that "it will still be many months until the situation is completely resolved and the gas reserves are filled again".

Europe's dependence on imported natural gas runs deep. With domestic production barely enough to cover 10% of demand, the Old Continent has and will have to continue to look abroad to ensure supply. “Everything indicates that, despite the efforts, dependency will continue over time. Russia knows this and Europe is in a weak position”, says Tagliapietra. “It must be noted that, despite the fact that the 2009 crisis made the dangers of dependence on Russia very evident, and despite the fact that efforts are being made in the energy transition, the reality is that a substantial improvement has not been achieved. In fact, last year Gazprom has reached record quotas”.

The expert believes that the difficulties in reducing dependence on Russia respond to objective obstacles, but also to political decisions. "Germany bears a great responsibility that Europe's vulnerability to Russia in this sector has not been reduced," says Tagliapietra. Precisely the fact that Berlin denies authorization for the start-up of the Nord Stream 2 gas pipeline —already built and which doubles the direct supply capacity from Russia to Germany bypassing transit in the Eastern countries— represents one of the great keys to the West's response to possible aggressive activities of the Kremlin in Ukraine. But no one is unaware that, although the measure would be an annoyance for Moscow, Europe would continue to need a lot of Russian gas supplied by other means and for many years.

The European Commission has just included gas in its proposal for a green taxonomy, considering it relevant both as a transition energy and as a backup source at times when renewable energies —wind and solar, above all— are not capable of covering by themselves themselves the demand. The decision has caused intense controversy and has been rejected by a large group of Member States, including Spain.

In addition to raising the electricity bill throughout the EU and triggering the cost of heating millions of homes, the escalation is taking a heavy toll on the industry.

According to the latest figures from Engie EnergyScan collected by Bloomberg, in recent days the demand for gas from the secondary sector has marked a new low since the confinement last spring due to temporary stoppages in factory activity.

It is the umpteenth ramification of a crisis that has not yet given its last blows.

"We must be prepared for another bumpy year," warns Massimo Di Odoardo, vice president and head of the gas division of the specialist consultancy Wood Mackenzie

Reserves, at minimum since there are records

Lower injections of natural gas from Russia and typically higher consumption during the winter season have pushed European deposits to their lowest level for this time on record. Reserves are at 48.6% of their capacity, far from both the 64.4% of the same day last year and the 66.5% average of the last decade. A circumstance in which the head of the IEA, Fatih Birol, appreciates a high degree of responsibility from the Kremlin: "The current storage deficit in the EU is largely due to Gazprom", he has dropped this week in the

. Although it only represents 10% of the total storage capacity, Birol believes that the hand of the Russian semi-state gas company is behind about half of the reserve deficit. In a typical exercise, exempt from strong pressure from the East, the sum of the underground tanks and the LNG storage terminals in the ports does not fall below 50% of its capacity until well into February.

If the forecast trend continues, the stored volume will reach the initial stage of spring (when consumption falls and gas injections increase) below 20%.

A level that, although sufficient to avoid the much-feared blackout, is also low enough to sow concern about whether the coming weeks will be freezing weather or extremely hot geopolitically. 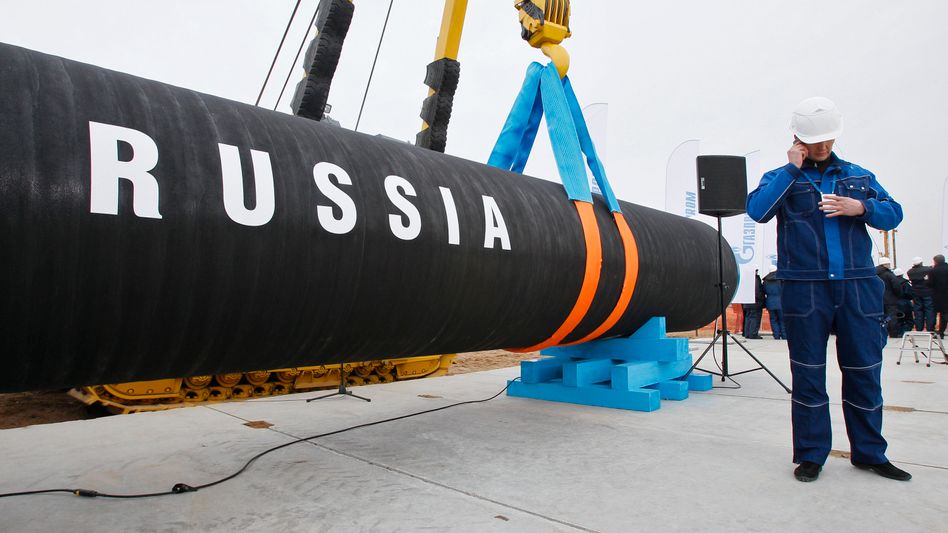 660 million euros a day - that's how we finance Putin's war 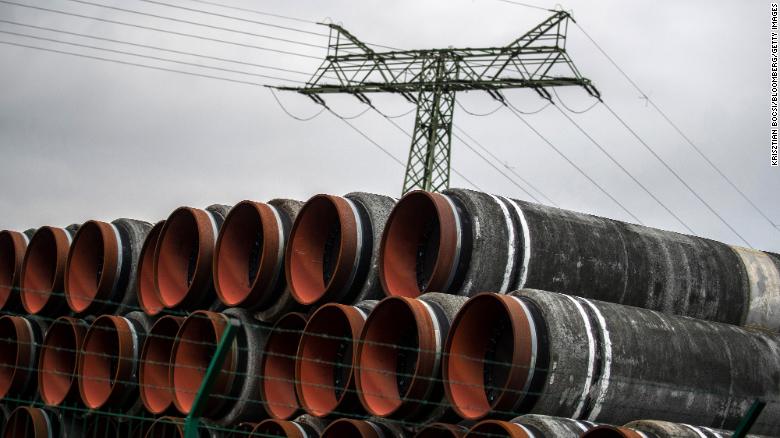 What is the relevance of Nord Stream 2 in the Ukraine crisis? 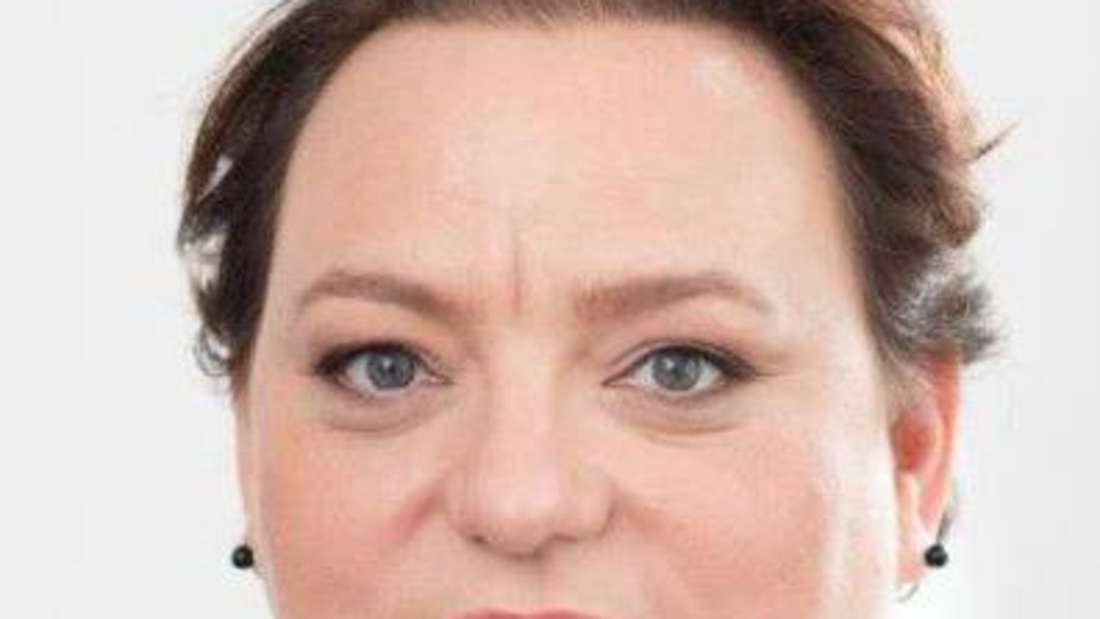 Gas: Are there alternatives to Russia? 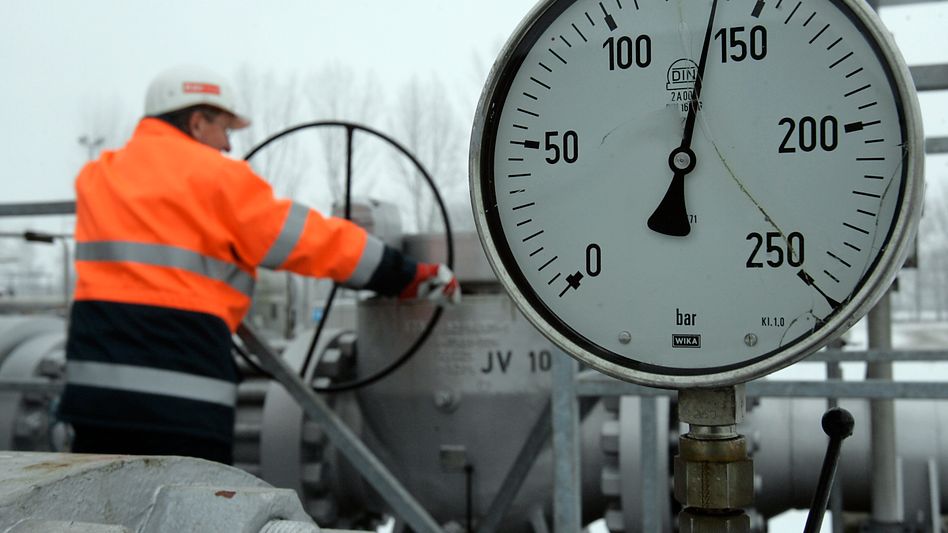 Crisis visit to the USA: While Scholz is printing at Nord Stream 2, the Schröder smack is clear 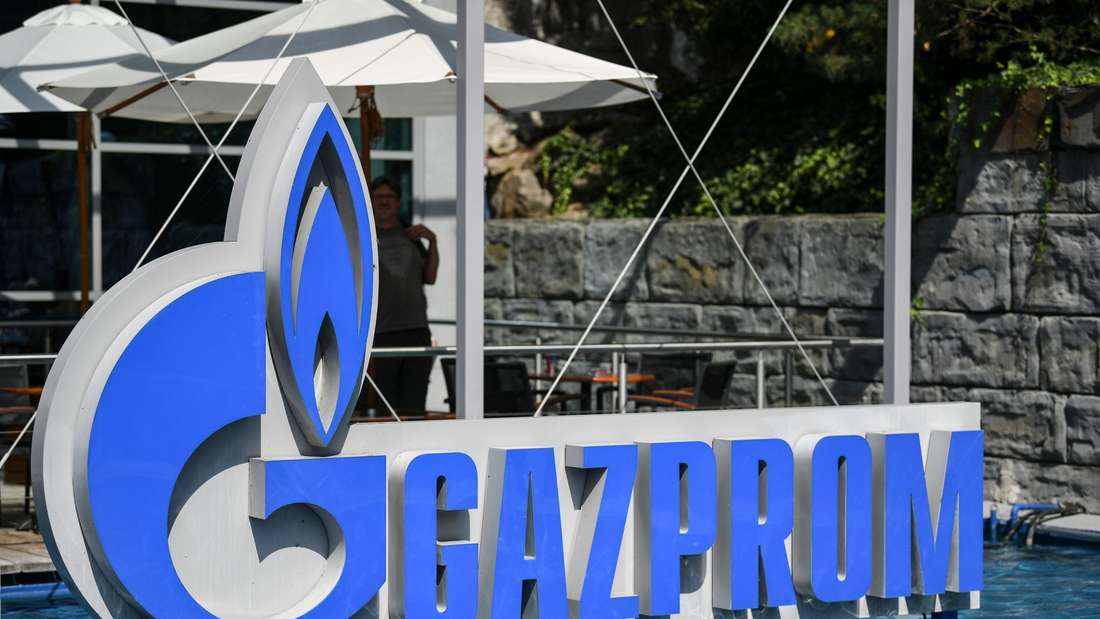