Investment houses in Israel, once a niche field that was known only to professionals, are looking for the general public through a variety of means, including prime-time commercials invested with the best stars

Investors in advertising: The advertisements for the investment houses have conquered prime time

Investment houses in Israel, once a niche field that was known only to professionals, are looking for the general public through a variety of means, including prime-time commercials invested with the best stars, from David Schwimmer through Lior Ashkenazi to the Moore Foundation.

The reason: our need to understand more about finances

If you think someone is encouraging you to invest, you are probably right.

Within one month, new advertising campaigns for the leading investment houses in Israel were launched almost simultaneously.

It started with a new campaign by

under the slogan "In one word: results, in two words: Yellin Lapidot."

and their regular presenter for the past three years

, under the slogan: "You still thank you", and of course you could not miss the

to an internationally scented campaign, and

Who is also the first woman to lead a financial campaign for an investment house.

A new fragrance in the world of Israeli advertising.

"We are in a period of a kind of big bang when it comes to the capital market and the economic world," says

Lior Sasson, owner and partner in the advertising agency Citimedia,

which is responsible, among other things, for the new Moore Investment House campaign.

"Technology has advanced and everything that has happened in Corona has done two things: accelerate technological processes and awareness of people who understand that everything is fragile and changing and that we need to take care of our future because otherwise no one will do it. At least three investment houses are being advertised. "

Even the banks that faltered years ago suddenly returned to advertising, and are even trying to do it in check, by Rotem Sela, Dvir Bendek and others

"In the case of banks there was sporadic advertising, and investment houses are currently targeting a hot target audience. This is happening now and people in motion are asking questions about their money. There is a much greater awareness of the capital market, awareness of having to make money against rising housing prices and the cost of living ".

The Moore Fund in a campaign for the Moore Investment House.

Also a level to guide her to creative, but also a thought about the new woman (Photo: Citimedia)

Intermediate: A woman escapes a stereotype

"This trend is also seen among employees and I say this as an employer," adds

"If four years ago when I was interviewing workers, they would come and sign without looking, today there is a discussion, questions about pensions, provisions and percentages. It is a broad financial understanding that begins among twenties today. It was not in our generation and certainly not in our parents' generation. And it is. "That's one of the reasons these companies go out and talk to these audiences."

I actually thought that with a sharp look at the stars of the 1990s who star in the campaigns, Lior Ashkenazi, Keren Moore and David Schwimmer, for that matter, are targeting us forty-plus-year-olds who need to start thinking about their economic future.

"It's also aimed at younger audiences. As part of the process you ask yourself as a brand, what presenter do I want, what does it convey? Reliability, professionalism ?. "Very strong in equality and gender."

Wiener: "This matter of women empowerment and equality sounds very clichéd "But the feedback we get from women is that they are all very happy that a financial body has finally put a woman in the front."

How much harder has your job been because Moore Investments is less well known than the competitors that have been advertising for years?

Wiener: They have been around for 16 years, and have worked under the radar for many years.

"Insurance agents know them and now the talk remains for the general public."

Start with Adi Ashkenazi and the stock exchange

It should be noted that this is the second time that the advertising agency "Citimedia" has put a woman at the center of a campaign related to finance.

They did this for the first time with Adi Ashkenazi leading the campaign for the stock exchange.

The current part of the trend and discourse is how to bring into this world women who take control of their lives and futures and their ability to manage the process. "That you believe in them, that they represent your values ​​and that they are doing well. The discussion in my eyes here is much bigger than advertising, but a new era of understanding in finance."

And not a lifestyle like that of the credit card companies, or anything that shows "a woman with bags after shopping"

Sasson: "In the stock market, we have a website for a beginner investor where Adi actually explains and talks about financial terms related to the stock market. It is already beyond the advertisement itself."

Adi Ashkenazi and Zofar Abdia in a campaign for the Tel Aviv Stock Exchange. "This is already beyond the advertisement itself" (Photo: Knesset Spokeswoman, Citimedia)

"Money must be in motion"

As bystanders doing a bit of psychology in the penny for commercials it can be said that Meitav (who used to be a lapel) brought a big character from life and a commercial that takes place in New York, which may hint at her desire to become a major player in the market, Altshuler who tried to educate us. And moved on to the "we care about your future" tactic, a very institutional and banking statement that is also reflected in their presenter, Lior Ashkenazi, who is a national consensus that crosses ages.

And I'm mostly curious to know what's behind the choice of characters, age, image?

Sasson: "In the end you do a lot of Top of Mind. You will not go to a bank because of Rotem Sela, but as soon as you want to go to a bank you will remember the advertisement and then you may make the choice because it will be in Top of Mind."

In the stock market campaign you did the slogan was the fear is not worth it, people are really afraid of money?

Sasson: "This is the condition that needs to be broken in the Israeli mentality. A lot of people are afraid of money. And when you have a barrier, you are afraid of money from retirement. The average person asks himself why I should meet myself at forty, but he understands that if he does not It hurts his quality of life. We saw in the two or three years of

Corona that several thousands of traders joined the stock market, it doubled and it was amazing

Must be in motion because the money you earn you lose.

"That you were able to make a profit on all kinds of investments. People did not understand this thing and now the change has been made, so this is the economic renaissance of the capital market in general."

How does he manage to combine the commercials with all the reruns? (Photo: Aviva Klein)

Even Meitav, formerly Meitav Dash, sees the drama in the world of finance.

"I think we were the first to not only identify him but also take him out," says Amnon Golan, VP of Investments

It used to be a kind of antibiotic for people, today it is much more accessible to many more sections of the population. "

Golan adds that for years they tried incorrectly to try to educate a market." I do not like to educate I like to give tools and interest to people, so you see it happen , And it happens.

And it's a drama because it's a wonderful thing.

As a result, this discourse is trendy. "

How do you see it in yourselves?

"We have a massive jump in direct joining an investment provident fund for example, which is a financial product with tax benefits. Suddenly you see the jump of people investing. So it starts with the border discourse of Apple and Tesla entering table Friday, but it also comes down to a person saying to himself: I can "Also do actions I wanted and maybe I thought I could not before. I can do them alone as you said, and if I want then also with an agent."

Golan explains that the discourse on exits, or "hightex" in a wonderful country, makes the terms stocks and options accessible and creates, in his words, "financial pomo".

"Talk about a stock going up and down and you say for a moment I also want to be there. And secondly, the financial media is contributing to that as well. In, it contributes.

This discourse permeates all kinds of people of all ages. " And the

"In the cold data, the corona around the world, especially in the United States but also in Europe and Israel has caused many people to have the ability and need to first of all create access to tools and economic knowledge.

The discourse it created also had an effect and for example the increase in for example in the stock market in the app is a crazy thing. In Israel here too we have the best trade that can be traded on the stock exchange and it jumped by hundreds of percent.

"Something that everyone wants to strive for"

So let's get to the point, why David Schwimmer?

"When we identified this emotional area, we realized that our job as an investment house is not to make people feel they do not understand, our consumer is there and we want to take ownership of the new generation of financial discourse. "But they are not part of them. As mentioned, the financial pomo. And David Schwimmer conveys confidence but it is not only the main value but one of the parameters. First of all I did not want to see a man with a suit and jacket and a white button-down shirt."

Choosing him and forgiving the psychology in a dime, is to brand you big?

"David to me is a bridge between periods. The consideration and I must say, was cold and strategic, no sentiments. I love friends but this is not my favorite series of all time. We were looking for a character who would be intelligent, reliable and human who is also 25 and 65 and middle aged. Will connect with them.

And there are not many of them

"The polls show that 'Friends' is still a popular series even among the Millennials, even more than in our time, and by the way - everyone knows this place where they sit with friends and it's the discourse, the trend, everyone talks about something and everyone wants to understand and be a part of it. .

The institution for risk-taking: even the big ones are tempted to make fashionable investments - Walla! Of money

We checked: These are the outstanding investment houses in Israel - Walla! Of money

Menora and Harel booklets for Fattal - will buy hotels in Europe - Walla! Of money

A blow to nature: The legendary investor is tired of waiting for recovery - Walla! Of money 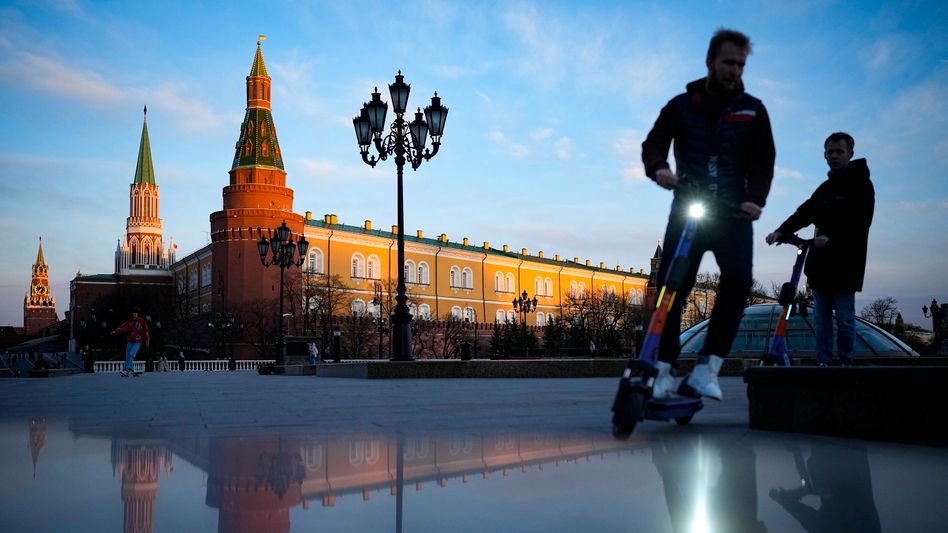 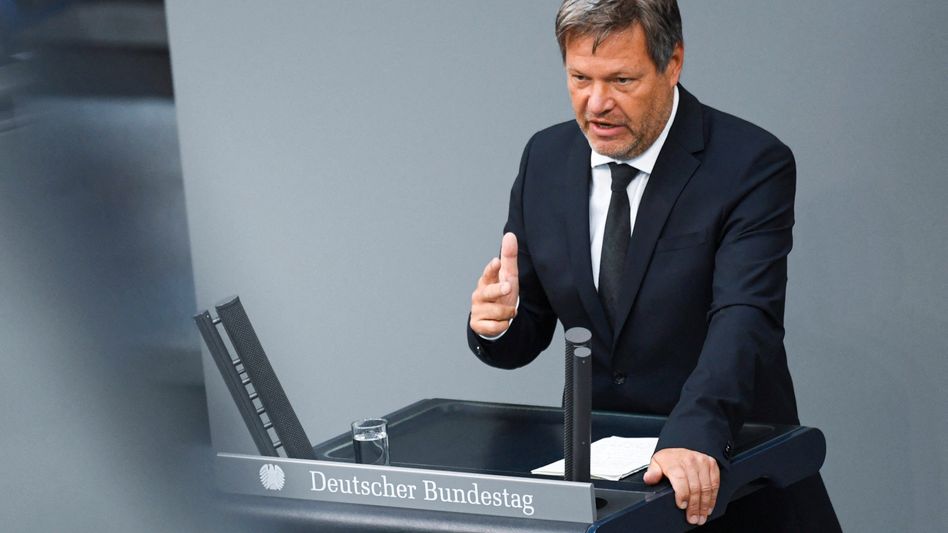 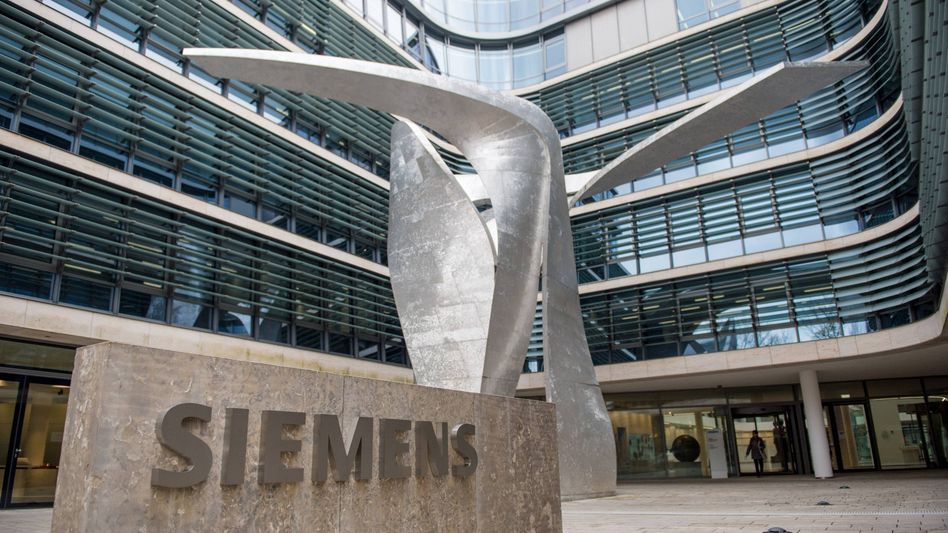