The cherry harvest in 2022 will be almost 40 percent higher than in the previous year. Thanks to the weather. One federal state is particularly important for the cultivation of sweet cherries. 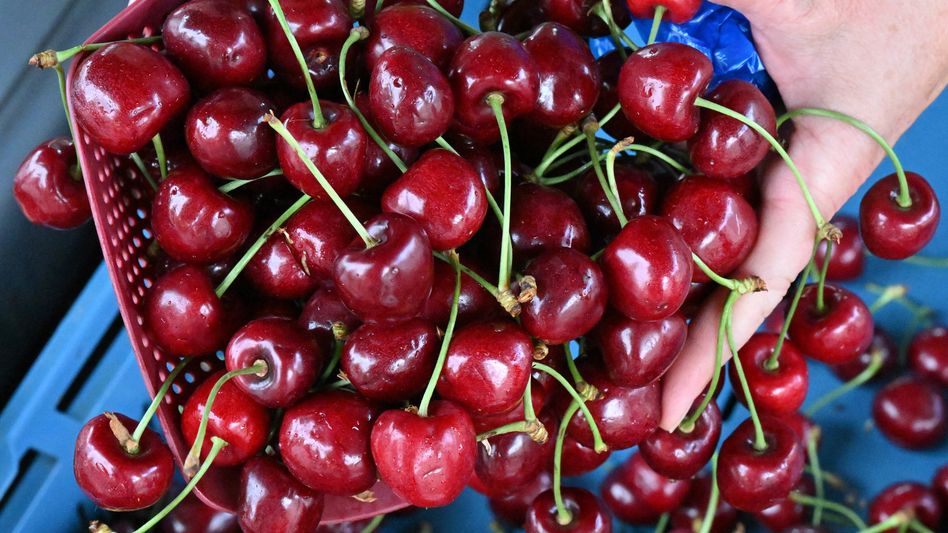 There are significantly more cherries to be harvested this year than in 2021. As the Federal Statistical Office announced in Wiesbaden on Wednesday, fruit-growing companies are assuming a total harvest volume of 54,700 tons for sweet and sour cherries.

This corresponds to an increase of 16,300 tons (42.6 percent) compared to the previous year.

The estimate is almost 20 percent above the ten-year average.

The sweet cherry likes the dryness

The reason for the expected high cherry harvest is the good weather conditions, from which sweet cherries in particular benefit: many sunny days, few frosty days after the flowering period, little rain, which could cause the cherries to burst.

The estimated harvest of sweet cherries this year is 40,600 tons, almost 50 percent more than the previous year.

That is 28 percent above the average sweet cherry harvest over the past ten years (31,700 tons).

An average harvest of 14,100 tons is expected for sour cherries, at least based on the ten-year average.

Compared to the weak last year, the harvest is at least 3100 tons better.

With an expected harvest volume of 17,100 tons on a cultivation area of ​​2800 hectares, Baden-Württemberg is by far the most important federal state for the cultivation of sweet cherries.

In Lower Saxony, 5300 tons of harvest are expected on 500 hectares and in Rhineland-Palatinate 5200 tons on 700 hectares.

In total, sweet cherries were grown on 6,000 hectares in Germany this year.

For sour cherries it was 1800 hectares, here Rhineland-Palatinate is the federal state with the largest cultivation area with 560 hectares.

Saxony follows with 340 hectares and Baden-Württemberg with 280 hectares.

This sweet red: The first cherry picking of the season begins - Walla! Tourism If you are already thinking about winter, you can expect a bountiful harvest

Largest strawberry in the world: cold and sun made it weigh almost 300 grams Pillar fruit: Perfect for those with limited space This juicy cherry cake makes you happy - and all without flour

This juicy cherry cake makes you happy - and all without flour