See Venice – and get lost: millions of day visitors flood the »Serenissima« in the high season, to the displeasure of the locals. In the future, Blitz visitors should reserve in advance. And count. 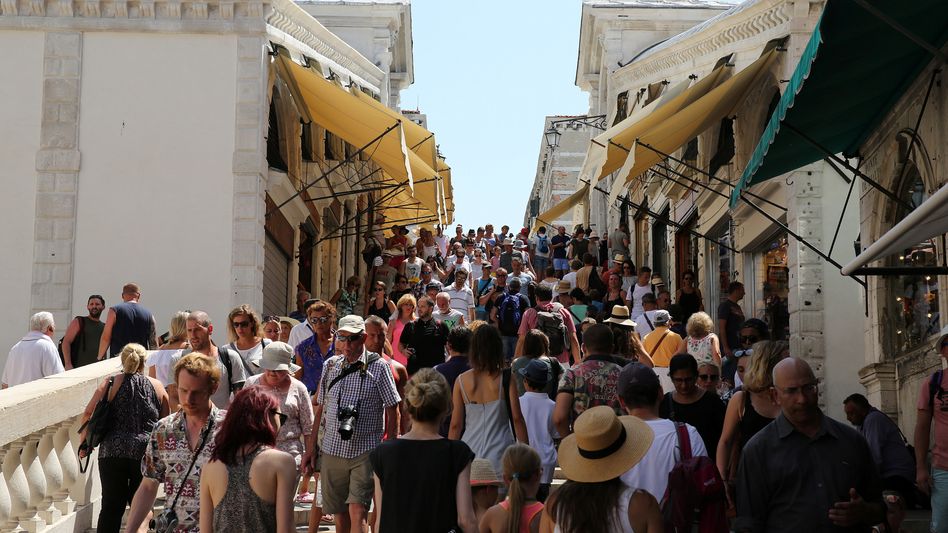 Crowds on the Rialto Bridge (archive photo): Venice's city administration wants to curb the flow of visitors with a reservation requirement and a fee for day visitors

The lagoon city of Venice, which has been badly affected by overtourism, wants to charge day tourists entry fees from next year.

The city administration under Mayor Luigi Brugnaro announced that from January 16, 2023, all visitors to Venice's old town and smaller surrounding islands will have to register in advance via a web portal - unless they are staying overnight.

To do this, they have to pay a fee of three to ten euros per head.

The price depends on how far in advance you reserve and how busy Venice is likely to be on the planned day.

Day visitors who are caught without a ticket face a fine of up to 300 euros.

"We are the first in the world to introduce this system and we are aware that not everything will work well from the beginning," said Venice Tourism Councilor Simone Venturini.

The aim is to prevent overload from too many day tourists - and to strike a balance between the needs of residents, overnight tourists and day visitors.

»Mordi e fuggi« (»bite and get away«) is what the Venetians call the unpopular lightning visitors.

Day visitors often don't leave much money, but they do leave rubbish.

So far they have often outnumbered them.

Before the corona pandemic, around six million overnight guests visited the city each year.

There have been calls for this fee for some time.

"These people can't understand the soul of our city if they drive here for a few hours just to snap photos for their social networks and tick Venice off their list," said Venice's star restaurateur Arrigo Cipriani, boss of "Harry's Bar". summer to the MIRROR.

The city must become more expensive for such visitors.

Originally, the local government had already considered an entrance fee for 2019.

But due to resistance from parking garage owners, among others, the introduction was postponed.

But recently the number of visitors has risen sharply again.

For Venice, the fee, which still has to be approved by the city council, could pay for itself twice.

On the one hand because of the direct income.

On the other hand, tourism economists at the local Ca' Foscari University have calculated that the city could generate far more money with significantly fewer visitors - as long as they are the right ones.

19 million guests per year instead of the previous 28 million would be ideal.

The proportion of "Mordi e fuggi" would have to be reduced from over 75 percent to under 30 percent, for example by means of an entrance fee.

In the future, cruise vacationers will also have to pay this if their provider has not paid the fee in advance.

For years, a dispute has been raging in the »Serenissima«, the »most serene«, as the Venetians call their city, over the question of whether the sometimes gigantic cruise ships are allowed to dock near the old town and unload thousands of passengers at once. 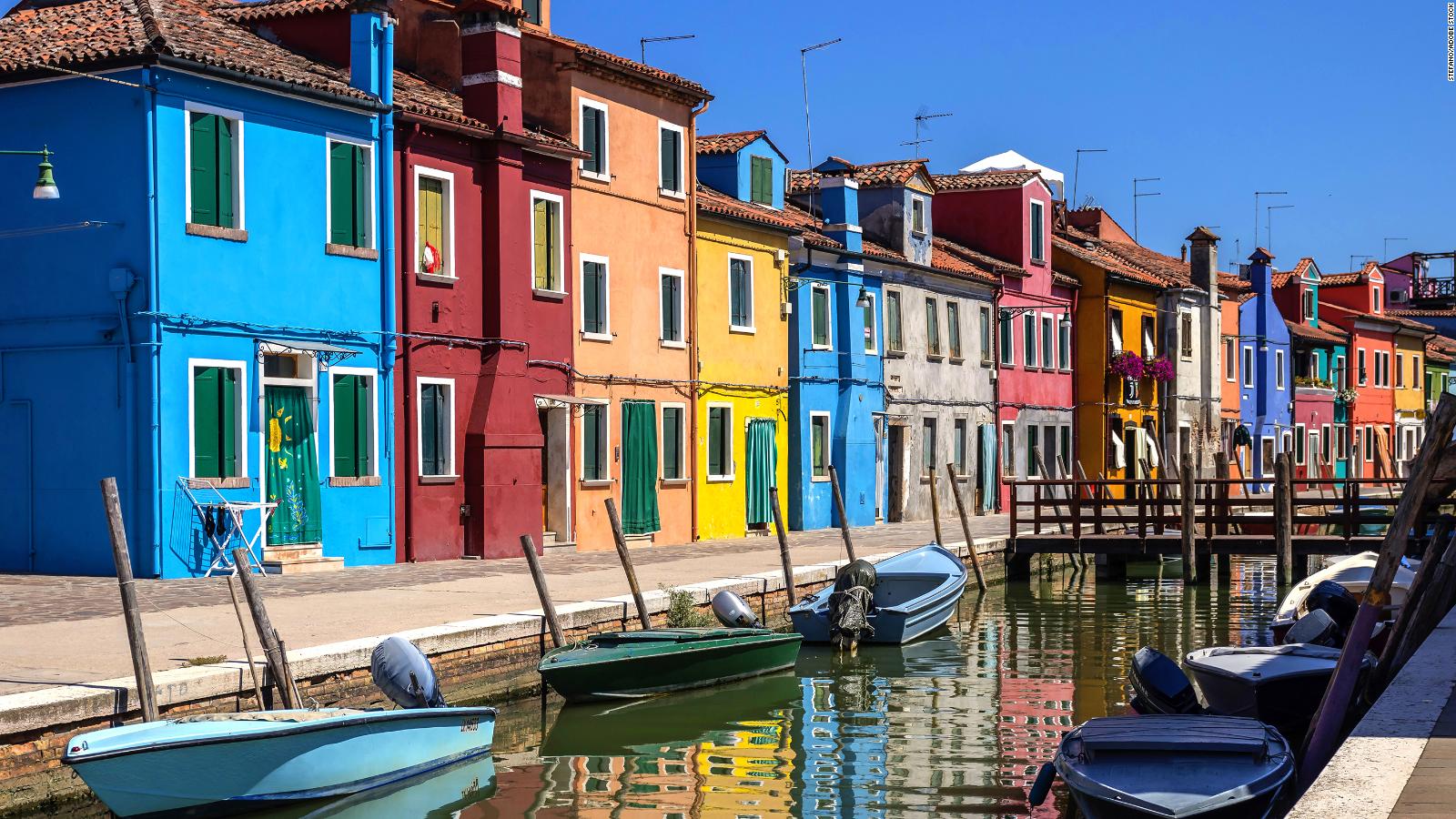 Plans to visit Venice? This is the price you would pay to enter the city from 2023 | Videos | CNN

Barcelona in the head: These are the places where tourists hate tourists the most - Walla! Tourism 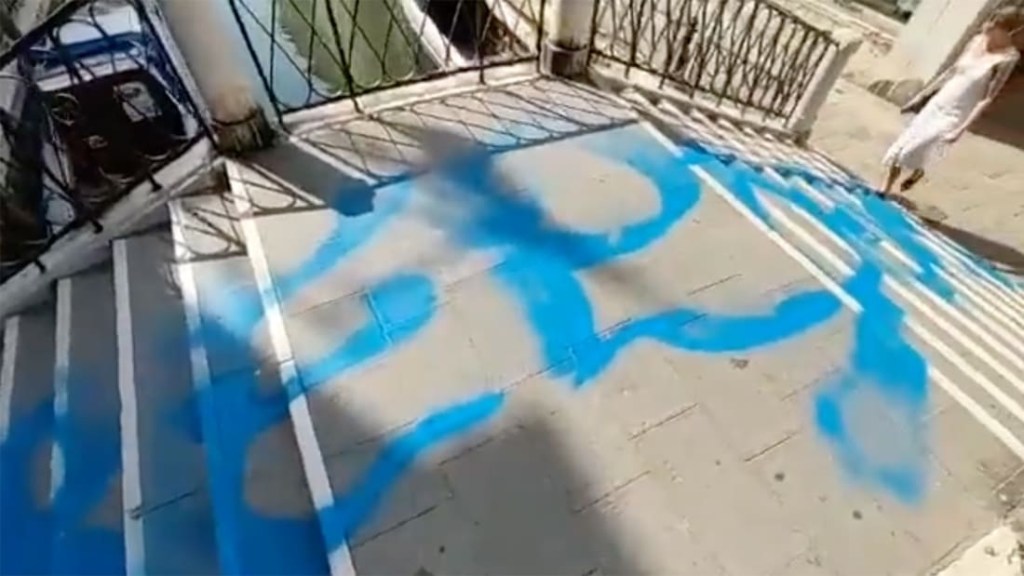 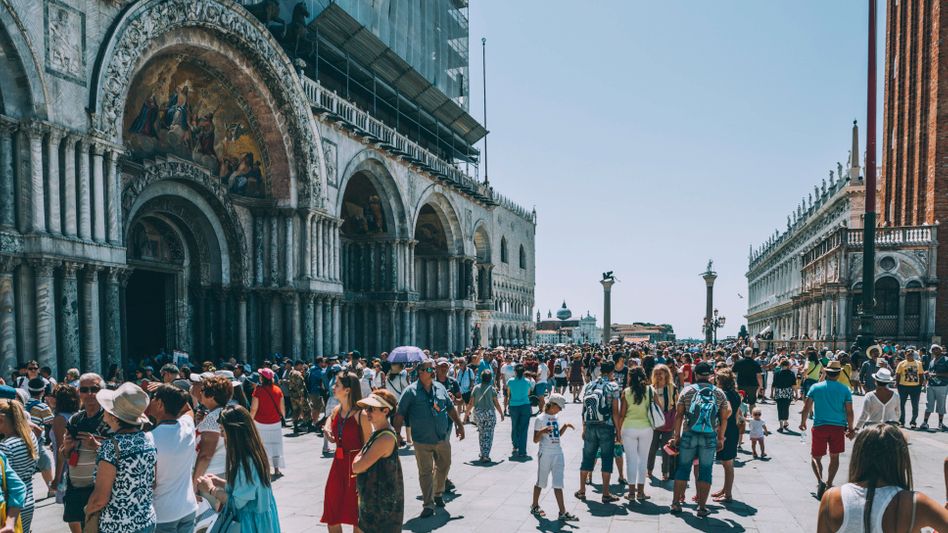 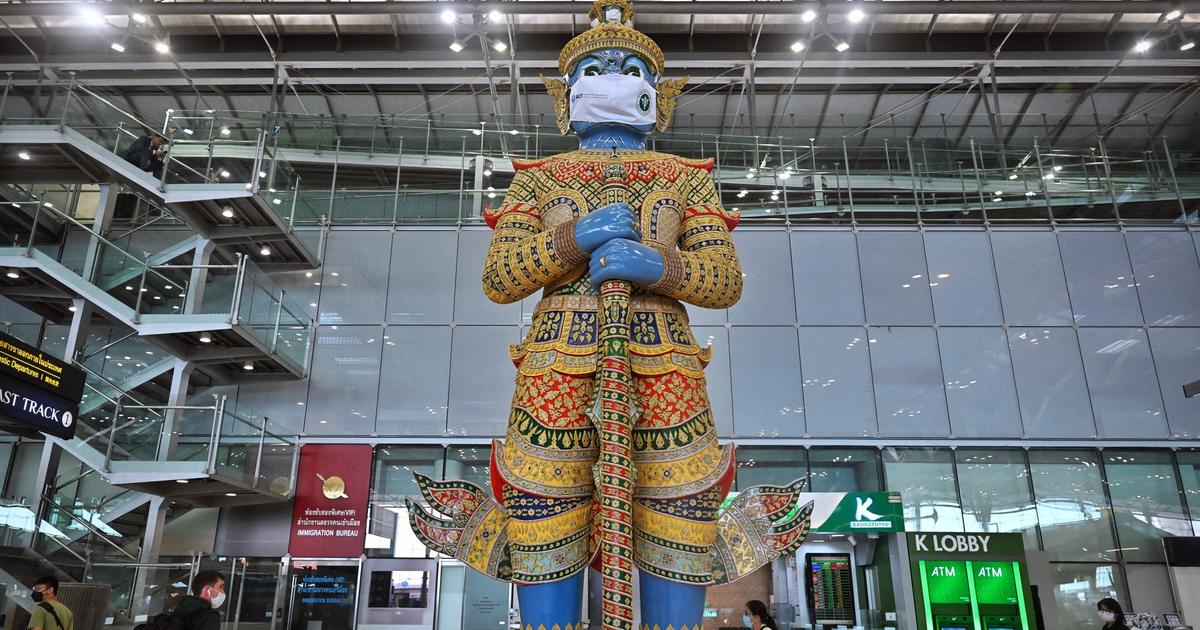 Thailand: soon a tourist tax to be paid on arrival