Why you should now pay less for your electricity

As of July 1st, the EEG levy will no longer apply. Have you already received mail from your electricity supplier who wants to reduce your monthly down payment? No? Then you should take care. 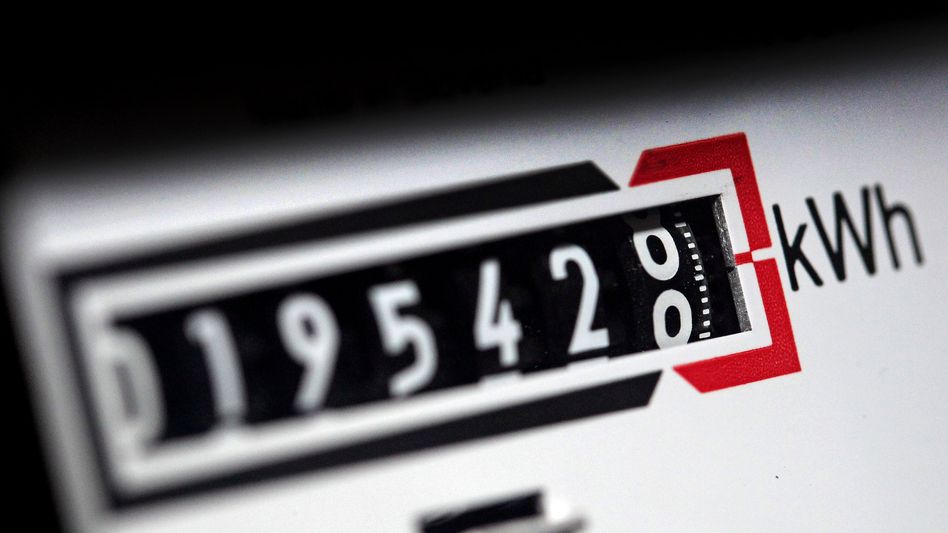 Everything gets more expensive!

In fact, electricity should be cheaper.

Since July 1, the electricity companies no longer have to pass on the so-called EEG surcharge to customers because the state is now financing the remuneration.

That means 3.7 cents per kilowatt hour (kWh) less tax, including VAT even 4.4 cents.

At the beginning of the year, the EEG surcharge fell significantly.

Actually, electricity for existing customers should have become around a quarter cheaper than in the previous year, by a total of 7.7 cents per kWh, simply because the EEG surcharge was abolished.

This message does not reach many customers.

The electricity providers apparently often shy away from the effort involved in communication.

When asked whether the reduction will be announced by post, the Cologne electricity provider Rheinenergie says quite succinctly: "No, the elimination of the EEG surcharge will be automatically taken into account and calculated." lowering prices increased .

Now he writes to me: From July, no more costs would be “taken into account for the cost component of the EEG surcharge”.

Because unlike the temporary reduction in fuel prices at the gas stations, the rules are clear: the providers must pass on all of the lost costs to the customers.

The law states: "... the energy supplier (is) obliged to reduce the prices before sales tax for these electricity supply contracts as of July 1, 2022 by the amount by which the surcharge ... will be reduced as of July 1, 2022".

Many providers have therefore written letters to their customers and announced that they will take the reduction in the EEG surcharge into account in their annual accounts.

Some only refer to the upcoming price reduction on their website.

This is explicitly allowed, but not fair.

Because consumers have a right to an adjustment of the deduction.

The monthly advance payment depends on consumption, according to the applicable prices.

If these drop, the amount of the discount also decreases.

They could therefore reduce their monthly advance payment by a good ten percent in July by eliminating the EEG surcharge.

Then you would immediately have the finance minister's money back in your wallet to relieve you.

My tip: Request the reduction right away, preferably with reference to the relevant paragraph in the Energy Industry Act (§ 41b Para. 3 EnWG) .

The electricity suppliers have no interest in lowering the discount.

At Rheinenergie it says: »We cannot automatically lower your discount.

Due to the current developments on the energy market and the sharp rise in prices, we recommend our customers not to lower their discounts.« And the formulation of the industry giant E.on and the green electricity company EWS in Schönau, Baden, differs only slightly.

The electricity companies apparently want to secure a good amount of liquidity from the tax fund for months, from many customers 10 or 20 euros every month.

When collecting the deductions, it is almost pretended that the EEG surcharge still existed.

The customer only sees the savings with the next bill.

That adds up to hundreds of thousands of customers.

Especially since in the case of existing customers, at the end of the term of an electricity contract, instead of repaying the credit, the credit is simply offset against the upcoming deductions.

The electricity customer simply pays less at the beginning of the new contract year, so the group does not have to pay it out.

If the discount does not change, there should at least be a repayment on the annual statement for many customers.

This must be shown in detail with the reduction steps.

There is probably another reason for the lack of transparency.

Some providers want to, other electricity providers have to drastically increase their prices again this year.

If such providers were to act completely transparently, it should have looked like this for the customer in 2022:

From the point of view of the providers, customers obviously cannot be expected to have so much transparency.

Not even with relatively inexpensive providers such as the municipal Rheinenergie group in Cologne.

Instead, the communication is different: Rheinenergie has only announced the price increase to its customers in the basic tariff by post.

The base price for electricity, which has been cheap at 28.7 cents per kilowatt hour since 2020, should rise to a still cheap 31.04 cents from August.

When I asked how that could be explained, the group wrote to me that the first reduction in 2022 had been more than compensated for by increased costs such as grid usage fees and procurement.

Actually, like other providers, the price of electricity should have been raised a long time ago.

Over the phone, the spokesman admits that it's not that easy to understand.

But the procurement costs have risen so much that you still have to make an increase of 2.4 cents instead of maybe 10 cents.

He's probably right, after all, the average price rose significantly in the spring, but the Cologne-based company didn't explain that to their customers.

For customers who only joined Rheinenergie in the winter of 2021/22 and have paid very high prices since then, the price announcement for August even means a reduction, the company says.

Because recently, municipal utilities are no longer allowed to charge different prices from customers who have a basic service contract.

Not even if their contracts have different lengths.

And what needs to be done now to feel the government's help in your own wallet?

In any case, you should make sure that this time the finance minister's money gets to you and doesn't secretly mutate into an interest-free loan that you grant your electricity provider.

In view of 7 to 8 percent inflation, that really doesn't have to be the case.

Why you should now pay less for your electricity Charging e-cars is becoming more and more expensive: These providers are particularly attractive when it comes to prices

Saving energy: Do you know the worst power guzzlers in the household?

Saving energy in the household: These are the worst power guzzlers

Saving energy: These are the worst power guzzlers in the home

Saving energy: These are the worst power guzzlers in the household 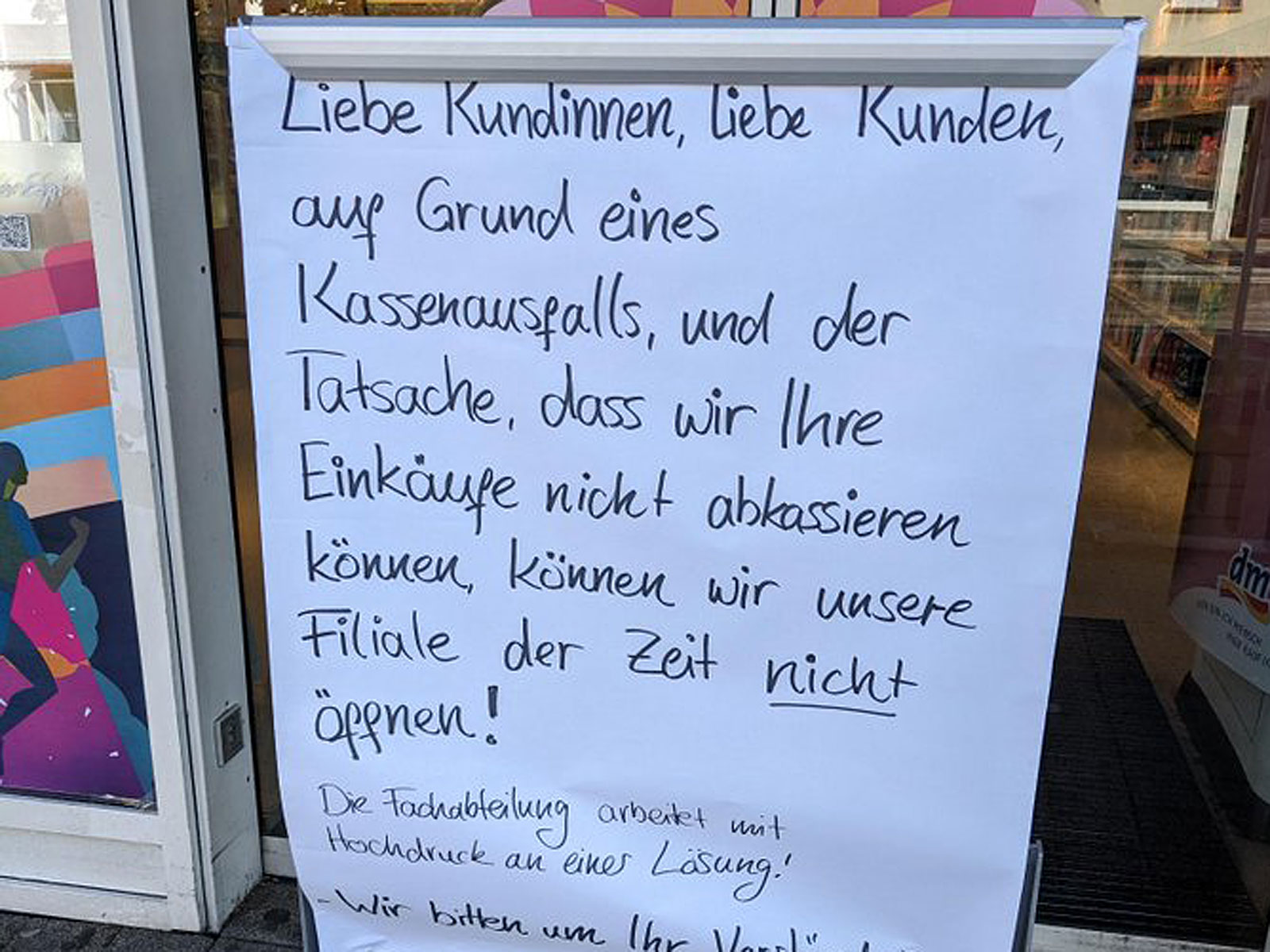 Saving energy: How to find the most expensive energy guzzlers in the home

Saving energy: How to find the biggest power guzzlers in the home