What is the bike doing?

A bike leans against a table. Using a leash, pull the bottom pedal backwards. What happens? 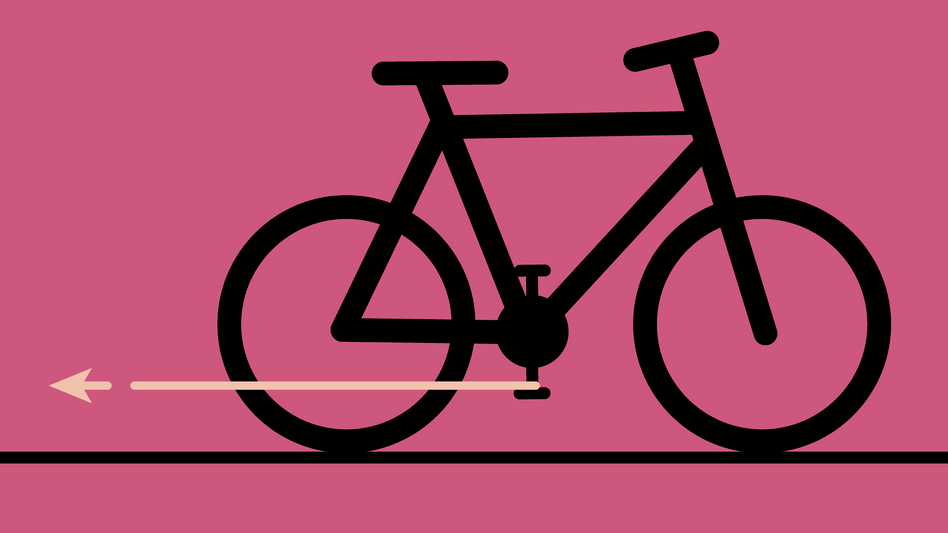 The bicycle is a sophisticated means of transportation.

With only a little effort, it moves people much faster than when they walk.

Cycling can only be torture uphill and against the wind.

However, no one is sitting on the bicycle, which is the subject of this puzzle.

It leans against a table, on the edge of which it can be easily pushed forwards or backwards.

One of the pedals points vertically downwards, the other upwards.

A leash is attached to the bottom pedal.

You stand behind the rear wheel and gently pull on the leash as if trying to pull the bike backwards towards you.

What's happening with the bike?

Does it roll backwards or forwards?

Or is it not moving at all?

Note: We assume that the tires have good contact with the ground and do not slide on it.

This riddle appears in various books, sometimes with a wrong solution.

At first I didn't want to believe that the wheel was moving backwards.

I bet it wouldn't move.

Then I went into the basement with a piece of string and was amazed to find out: Yes, it really rolls backwards!

It is relatively easy to show that the wheel cannot roll forward, even though we are moving the pedal in one direction as in normal forward driving.

The chainring, which is firmly attached to the pedals, usually has more teeth than the sprocket on the rear wheel.

If the chain ring rotates once, the pinion and thus the entire rear wheel rotates two or three times, depending on the gear ratio.

The bottom pedal moves backwards relative to the bike when riding forward.

The wheel as a whole naturally moves forward when riding.

Because of the high gear ratio and the large diameter of the rear wheel, the lower pedal always moves forward in relation to the ground – albeit not quite as fast as the bike as a whole.

If I pull the bottom pedal backwards, the wheel cannot move forward.

But what does the wheel do instead?

Doesn't it move at all?

It moves backwards - and the pedals turn backwards too.

It's not exactly easy to understand.

I found a clear explanation in a video by the mathematician George Hart.

As explained above, when driving forward, the pedals always move forward in relation to the ground, regardless of whether they are straight up or down.

Incidentally, there is also a constellation in which the wheel does not move backwards when you pull the pedal backwards, but forwards. 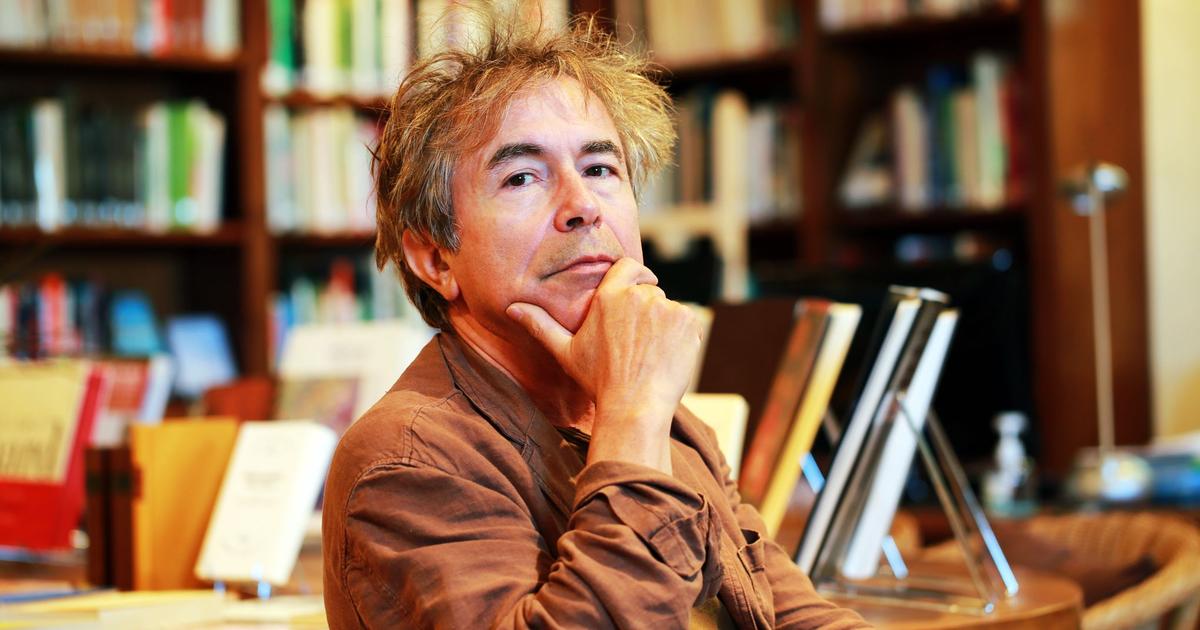 Charles Jaigu: "François Jullien, the committed intellectual we were looking for" 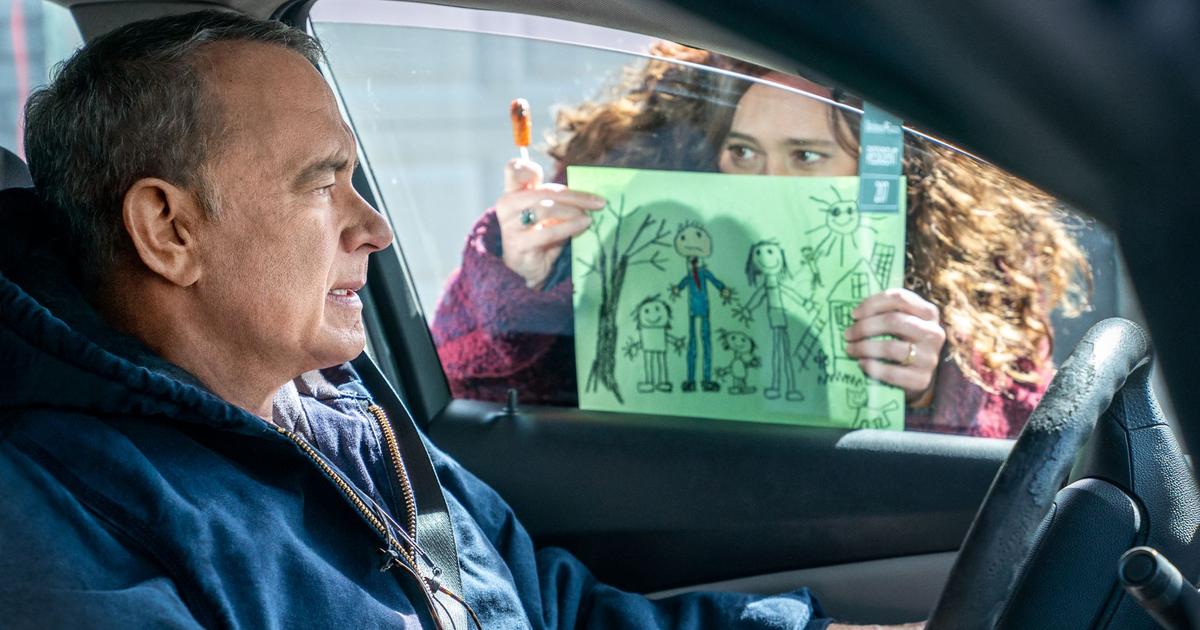 Our review of The Worst Neighbor in the World: Eastwood-style Hanks 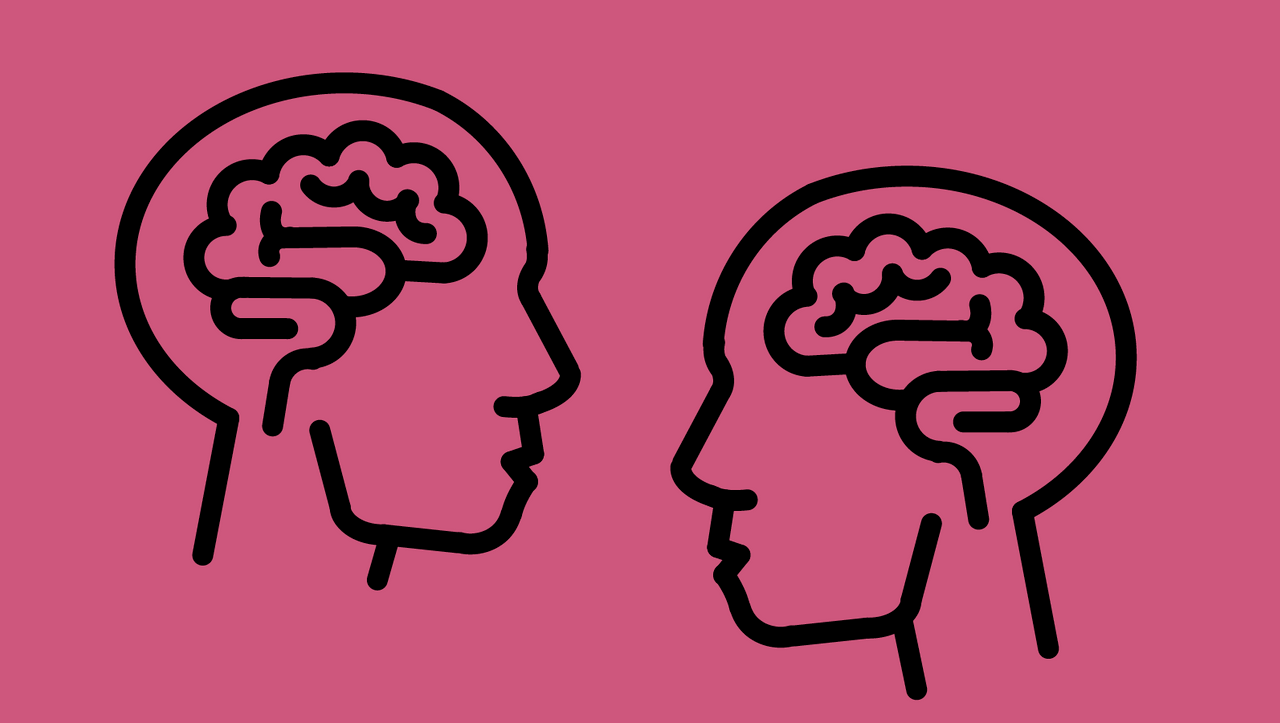 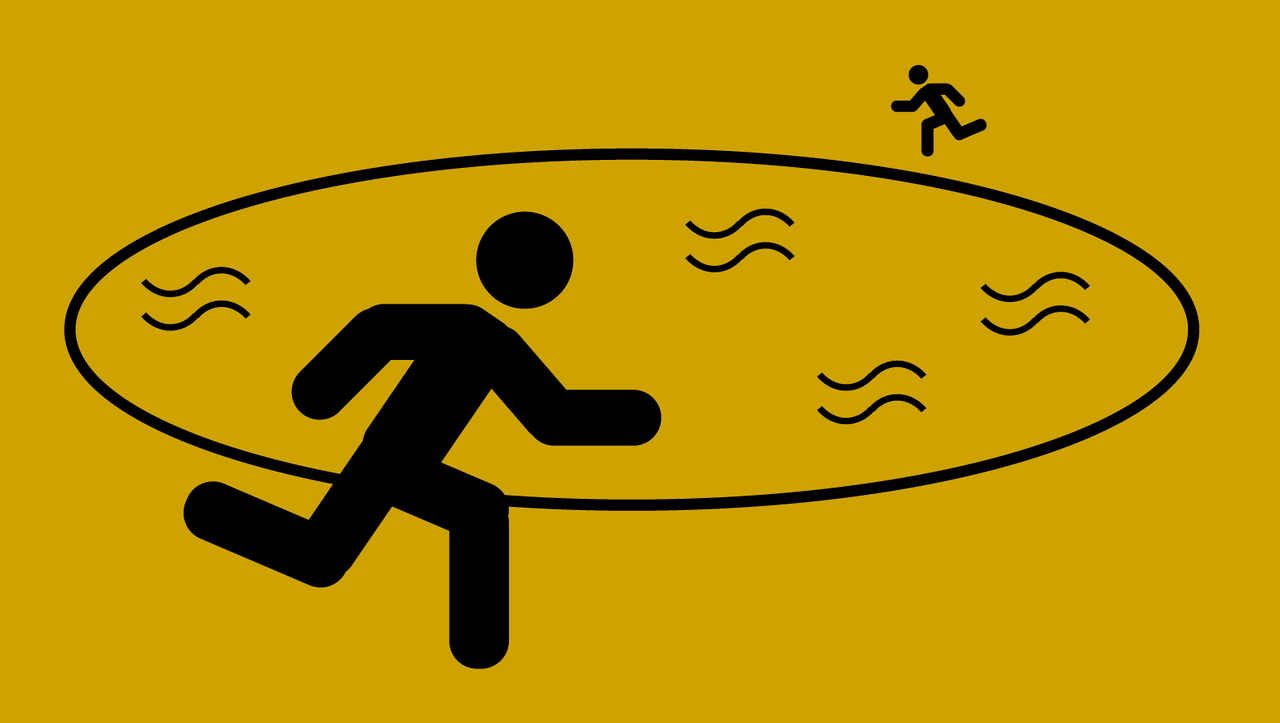 Running duel at the lake Dirk Rohrbach in Wolfratshausen: He talks about a special trip 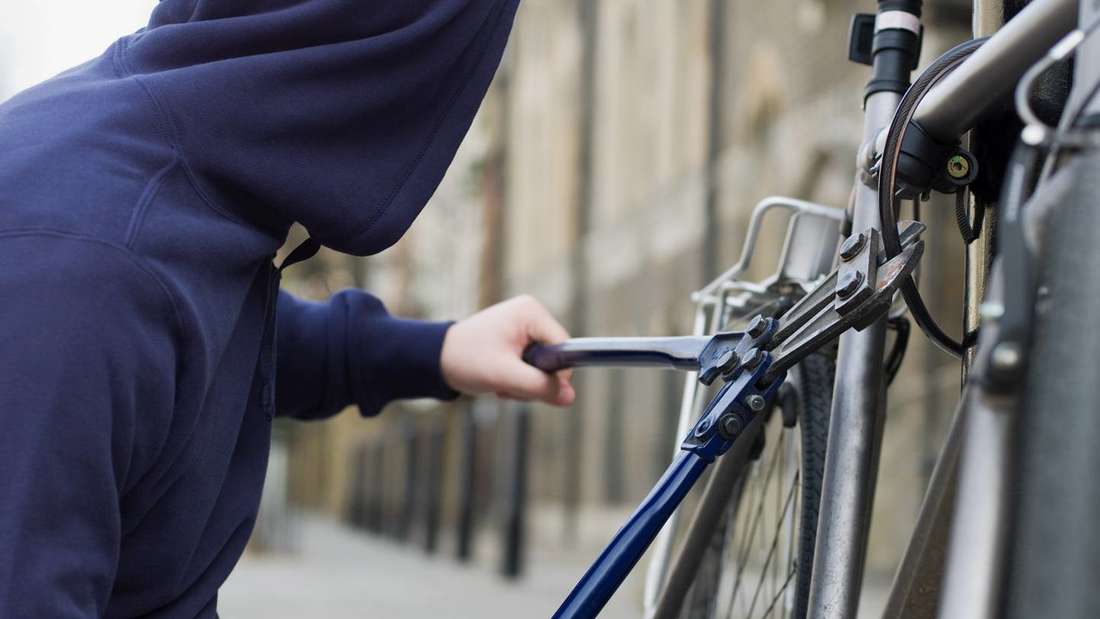 Thefts in the district of Ebersberg: One bicycle per day 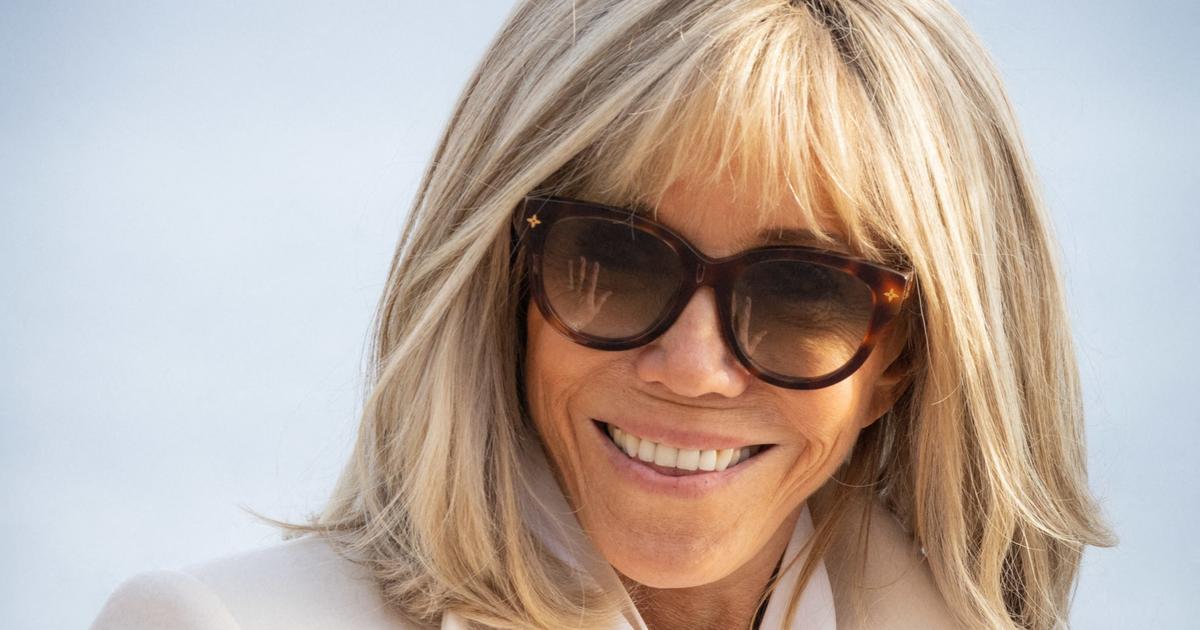 WHISTLE bike test thanks to the battery