The Stock Market penalizes Amrest, franchisee of KFC and Pizza Hut, despite the fact that its sales skyrocket 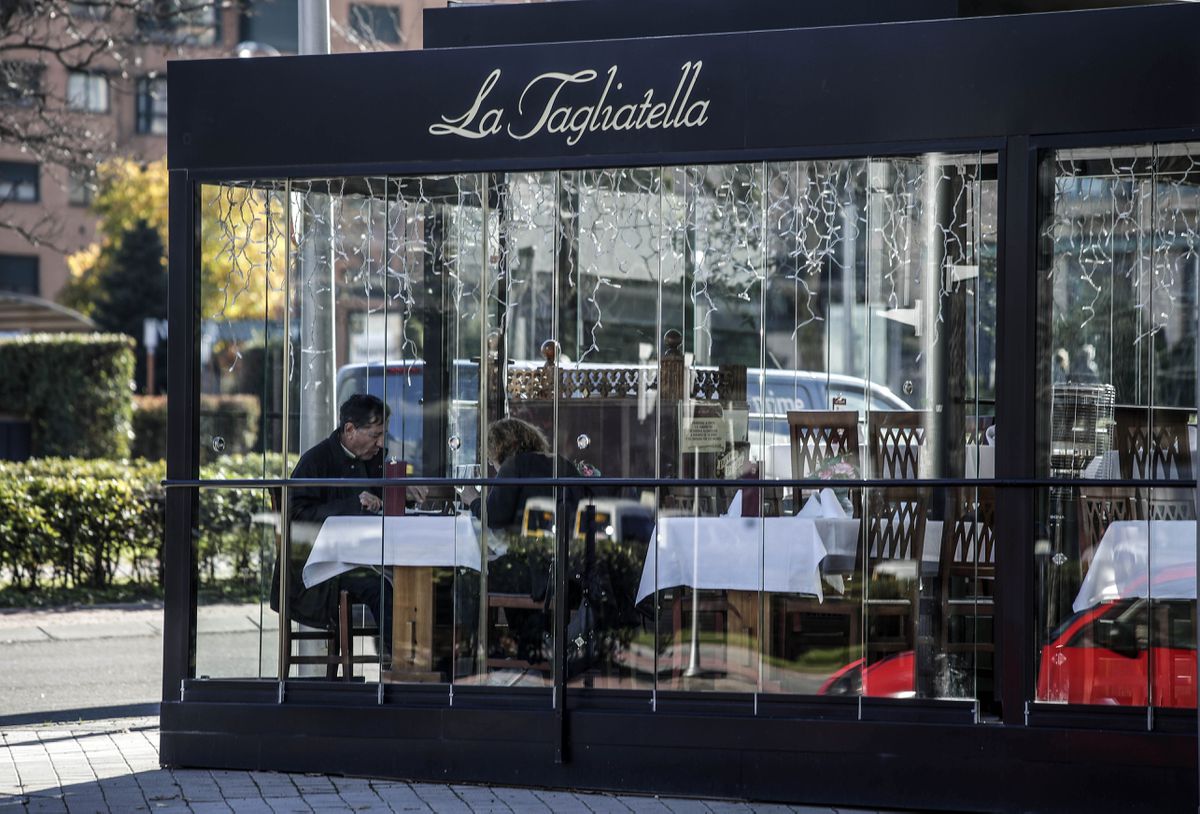 Bouquets of colored balloons decorated this week in an industrial estate in Alcorcón (Madrid) the opening of the last Kentucky Fried Chicken (KFC) in Spain.

Amrest, the Mexican capital operator that owns 2,389 fast food outlets in 23 countries, thus added its hundredth establishment of the fried chicken chain on the peninsula.

The company, which is listed on the Polish and Spanish stock markets, presented its figures for the third quarter a few weeks ago: in the first nine months of the year its sales grew by 28% (1,770 million euros).

A promising figure, after suffering a billing hit and losses of 183 million in the year of the pandemic.

However, something happens: its market value has fallen by more than half since it began trading in Madrid in 2018: from 2,188 million to 932.

There are several reasons that could explain it.

Although its sales numbers exceed pre-pandemic data, its margins are deteriorating.

This translated into a net profit of just three million compared to 30 a year earlier.

By email, the company's executive president, José Parés, talks about high inflation: "We are all seeing energy rises between 300% and 400%, oil rising 30%, chicken 40%... all raw materials are rising in high amounts.

We see a lot of pressure on the margins.

We are aware that the consumer cannot perceive price increases of these magnitudes.

Amrest has also suffered in the Russian market, where it operated 267 stores before the war (it was its fourth largest country behind Poland, France and Spain).

Before the summer, it finished its master franchise contract with Pizza Hut in the country, and transferred 49 establishments to an external operator decided by Yum!, the owner of the brand, so that Amrest only has KFC restaurants there.

And the banner that represents the American way of life is not, presumably, destined to grow in the Russian autocracy.

“We are analyzing and looking for possible actions to implement.

One of the first decisions was not to invest in Russia”, replies the president of the company.

For Ramón Vargas, an analyst at Intermoney, perhaps the stock market punishment is being exaggerated.

“The company has the ability to reduce costs quickly due to its management style.

In addition, it has just presented its best results in a quarter in history and has been reducing net debt”.

Their liabilities, indeed, have fallen by 15% so far this year, to 417 million, although they have needed the injection of a 100 million line of credit, backed by three Polish banks, to finance "general corporate purposes and expansion".

We continue our commitment to expansion this year.

With an important program of restaurant openings and remodeling, in which we are investing more than 200 million euros”, Parés reasons.

Amrest does seem to be resisting the increase in costs due to rising inflation with its offer.

It has achieved certain advances in costs thanks to digitization that are bringing savings.

The group believes that customers are willing to tolerate moderate price increases in exchange for better restaurants, higher food quality and convenience.

And so do experts in the sector.

Eduardo Abadía, director of the Spanish Association of Franchisors, talks about how few concepts are as flexible as franchises to adapt to customer changes, "as was demonstrated with

during the pandemic", and he agrees that chains they have turned to offer larger and more comfortable premises now that people are back on the streets.

“There has been a kind of slowdown in growth but I am convinced that the situation will return to normal.

There will be price increases that the client will be able to assume if they are comfortable”.

Adriana Bonezzi, Secretary of Restoration Brands, supports that the forecasts for 2023 are "very good", although consumption may slow down in the first quarter: "It will recover in the face of Easter and Summer".

In any case, it seems to have that of consumers: 30 million people passed through its premises in the last year.

His business grows through a combination of more visits and slightly higher prices.

Everything is measured in the profit margin that gives a coffee, a hamburger or a pizza: it has the franchise rights for several States of Burger King, Starbucks, KFC and Pizza Hut.

It also operates, as main franchisee, some Pizza Hut Express and Pizza Hut Delivery restaurants in Central and Eastern Europe.

But Parés avoids making comparisons: "Sales and profitability by country differ depending on the brand we have in each one, its positioning, the segment it is focused on...".

In Spain, Germany and Portugal, its sales are rounded off thanks to its own brand, La Tagliatella, which is fed by a centralized kitchen from which food is produced and delivered to the rest of the network.

There, they acknowledge, it has been a year of significant challenges due to the confinements, "which imply having to modify our sales program, closing restaurants... the same as we live in Europe with their respective confinements".

Certain bets made in the past did not turn out very well.

But in Spain Bacoa has given up space, going from 10 stores to the current three in Barcelona, ​​Salamanca and Tarragona.

“We cannot speculate on futures.

Obviously we will continue to monitor price dynamics in the markets, the traffic in our restaurants, prioritizing our customers...".

There is, however, no dividend in sight: "The company prioritizes growth and expansion."

The company originated in Poland and a young American entrepreneur, Henry J. McGovern, who saw an opportunity to do business in Eastern Europe after the fall of the Berlin Wall.

In the 90s, together with a friend and two partners, he acquired a building in the city of Wroclaw, and in its basement they managed to set up a Pizza Hut location, which would end up offering them the exclusivity of the franchise in that country.

That was the beginning of American Retail Systems (which would end up being called AmRest), which since 2015 has Finacces Capital as its main shareholder, with 67.05% of its capital.

The company is controlled by Carlos Fernández González, former owner of the Modelo company, owner of the famous Mexican beer Corona, which was acquired by AB InBev in 2012 for a sum close to 16,000 million euros. 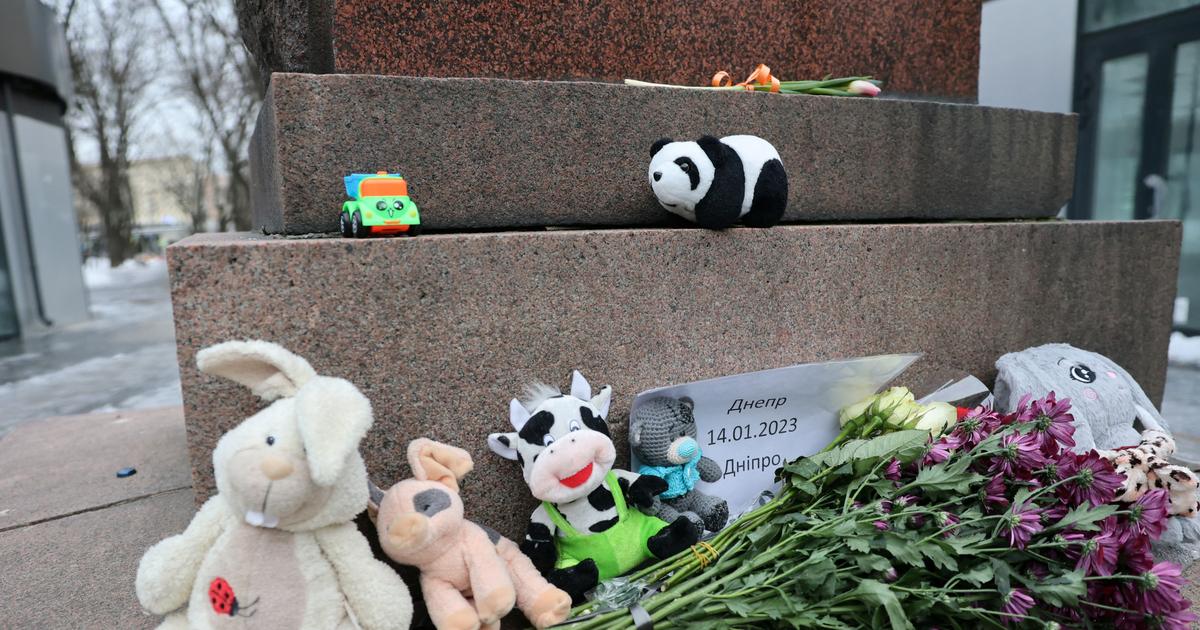 In Moscow, Russians continue to fuel an improvised memorial to victims in Ukraine 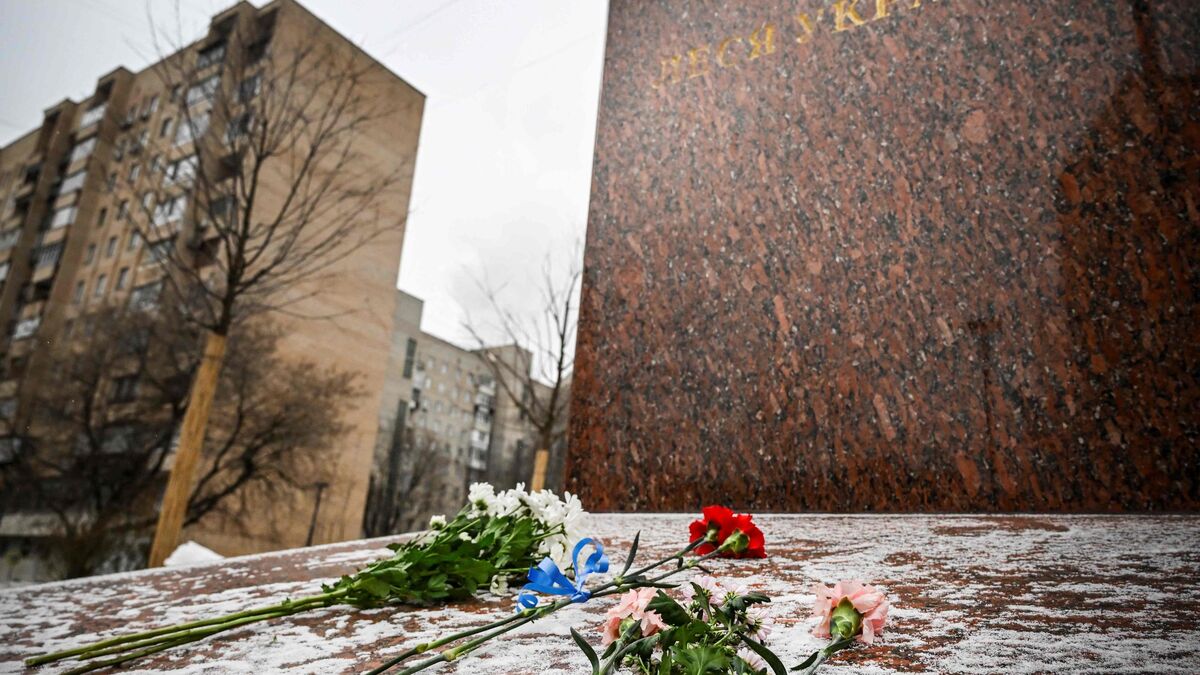 In Moscow, Russians continue to flower an improvised memorial in tribute to the Ukrainian victims 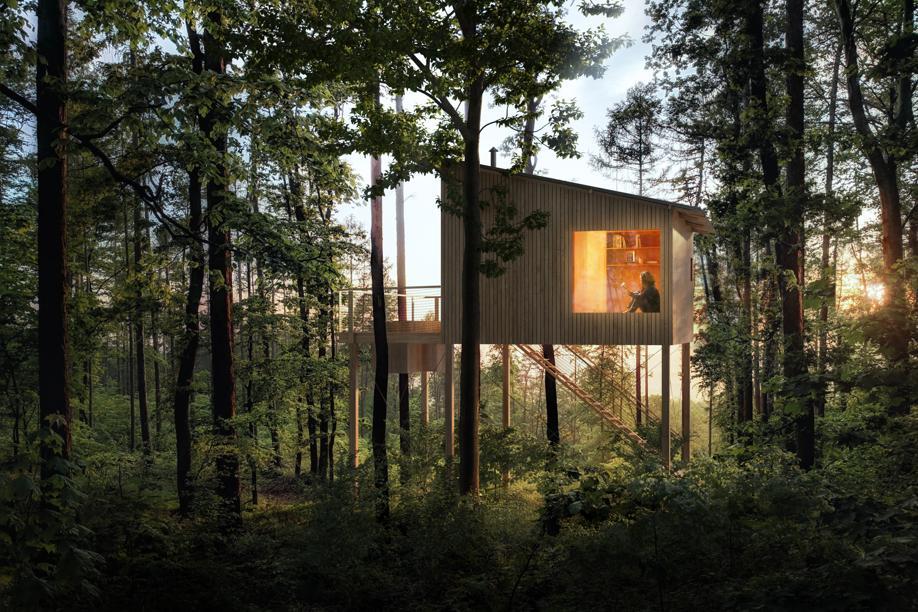 Puppy is not housebroken yet? What matters in education 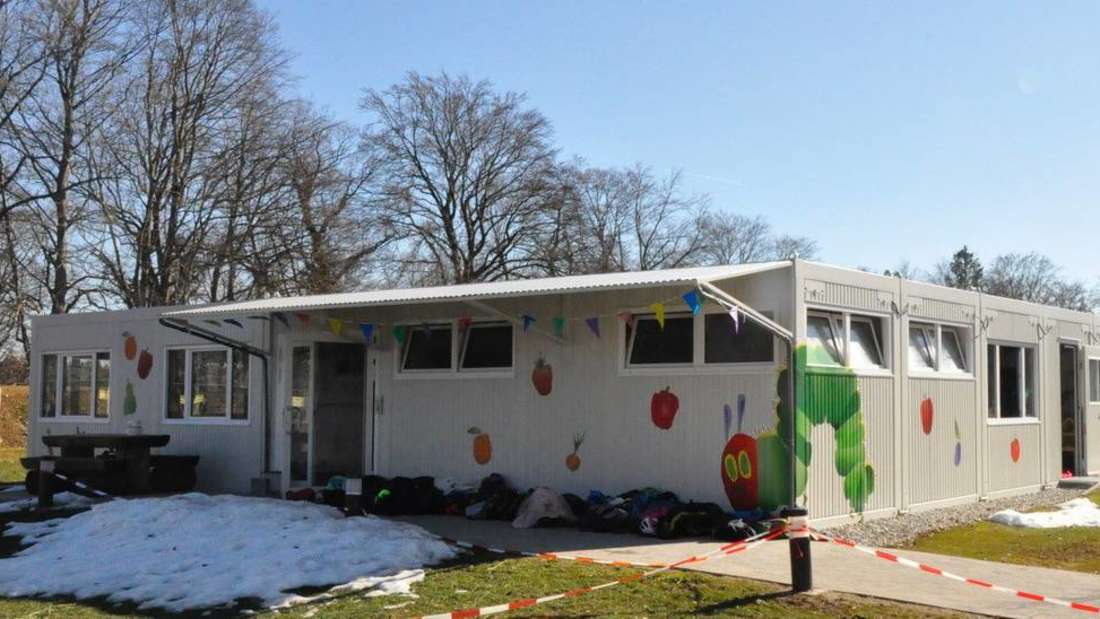 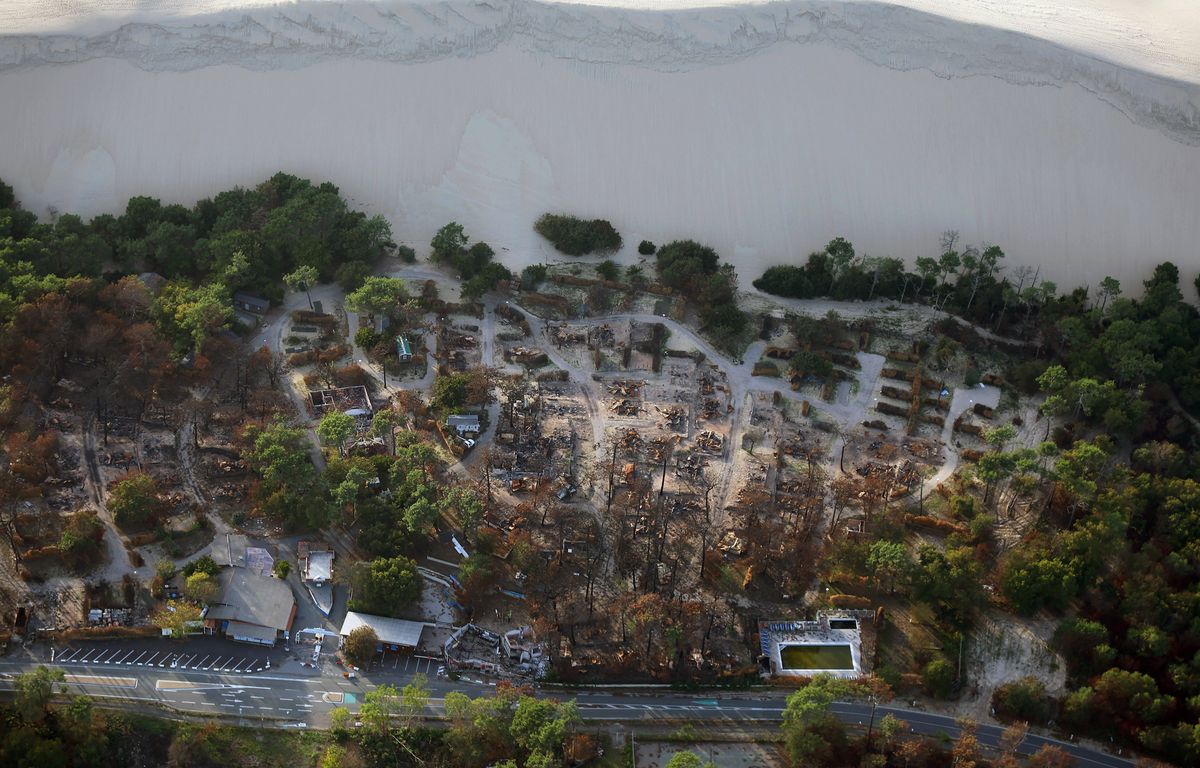 Five months after the fire, a road reopens at the foot of the Dune du Pilat 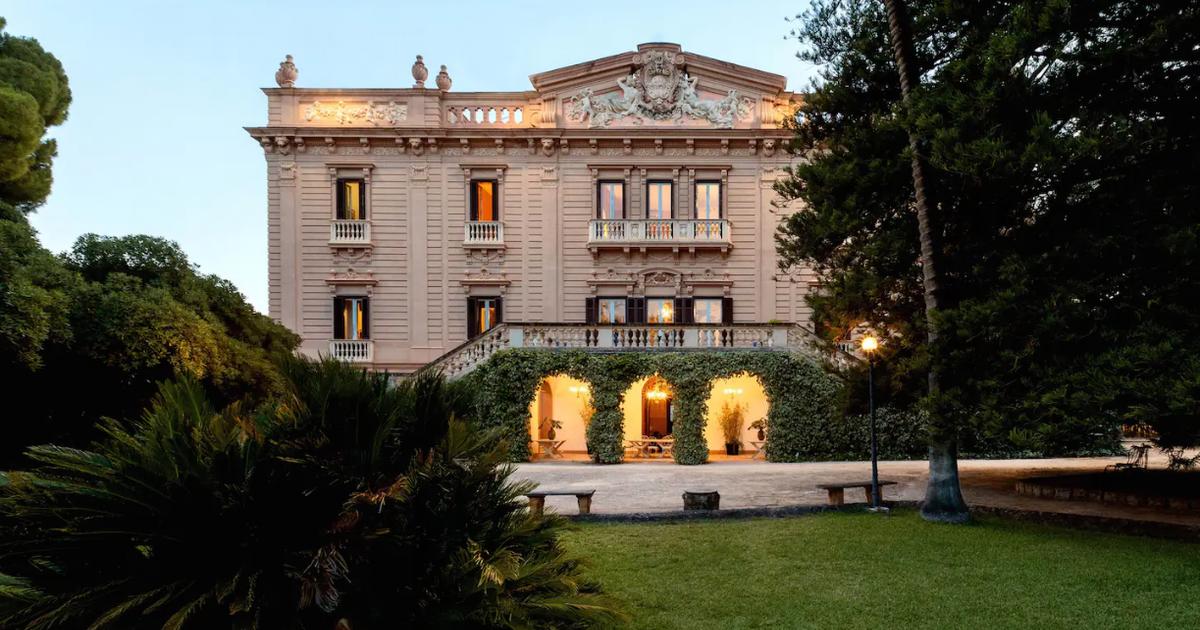 In photos, the fabulous Tasca villa from The White Lotus series in Sicily, available for rent 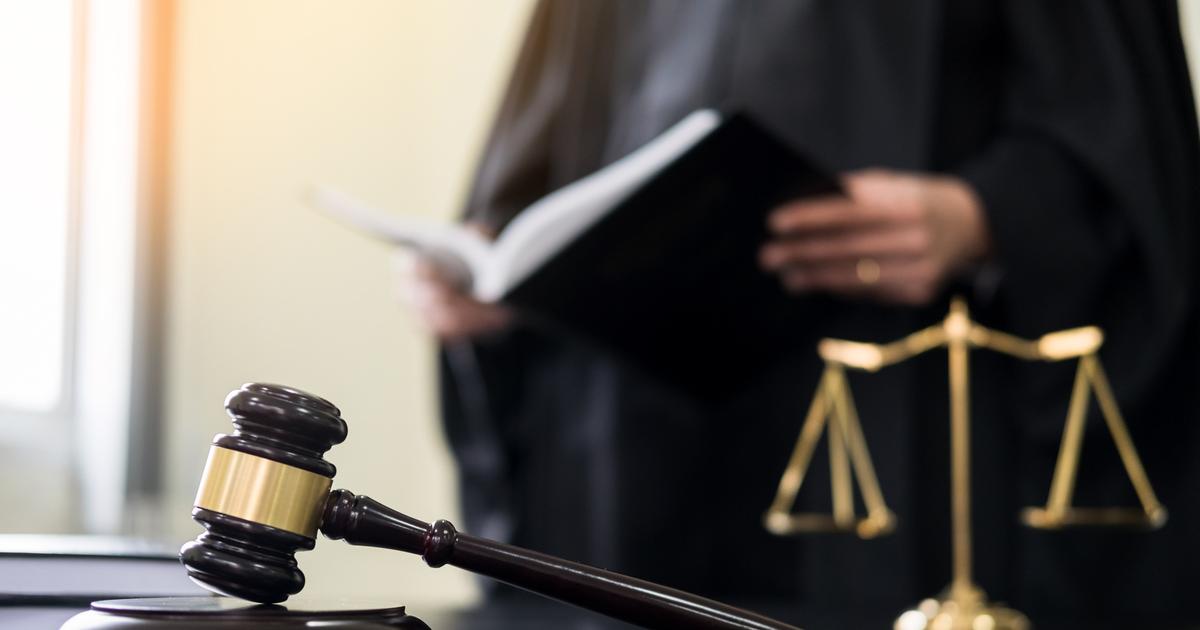 Nantes: the trial of the woman who had bitten a policeman with blood at Christmas dismissed