María Zamora: "I don't know any independent film director who lives only from this"

Film producer. She is partly responsible for the miracle of 'Alcarràs' and for opening the doors to a whole new generation of directors loaded with triumphs María Zamora (Valencia, 45 years old) does not think she is extraordinary.

, you're already the best producer for headlines.

I am neither better nor worse than before, I am just committed to my work”, she clarifies.

Educated in the original version of the Albatros and Babel cinemas in Valencia, this film producer is not only responsible for having boosted Carla Simón's career since she asked herself "But who is this woman?"

her while she read between tears the script of

Hers is a long-distance race pushing independent talent, offering a springboard to Nely Reguera or Clara Roquet or consolidating the path of Mar Coll or Elena Martín among many other names, from the two producers and distributors that she has co-founded (Avalon and Elastica movies).

Allergic to medals, she insists on detaching herself from the tyranny of female excellence: “I am surrounded by producers (men) who are doing great and are quite mediocre.

No one should demand of us to be brilliant”.

It will not be considered special, but the talent has penetrated, especially the feminine one, which has changed the way of making cinema in Spain.

Years ago I had a

in me, how could it be that I only read projects and scripts of men?

I became a member of the Association of Women Filmmakers and Audiovisual Media (CIMA) and decided to actively look for women who wanted to tell relevant stories to boost their careers.

The ones that matter.

The ones that when 100 years from now someone says: "And what happened in Spain in 2022?", well, that you can see it in those movies.

I am developing the adaptation of

, by Katixa Agirre, directed by Mar Coll, to deal with that point of view.

Also with the challenges and social injustices.

With the actress Marta Nieto, who is making the leap to directing, we are working on

, which talks about a mother with a trans child.

Someone should develop a script about what is happening in Melilla.

That is cinema and that is why we do it: to understand each other better.

I'm surrounded by producers (men) who are doing great and are pretty mediocre.

No one should require us to be brilliant

You defend positive discrimination in decision-making positions, does it work?

I defend an active policy to improve the percentages of female presence.

Look what happened this weekend with the US and abortion.

People say: "Let each one come with its own merits."

It seems you have to be the best editor in the universe to be able to edit a movie, but how many mediocre editors are editing movies of a lifetime?

Well, that's where they have to come in, they'll have time to put together excellent films.

We are very far from parity and women do not have to be left alone with the little things.

The idea is that Telecinco put ten million for a

or an action one.

María Zamora and Carla Simón pose with the Golden Bear at the last Berlinale, after the triumph of 'Alcarràs' at the film festival.Ronny Hartmann (AP)

The directors of this generation speak of a network of sisterhood and help when making films, have they broken that legend of the aspiring author to genius closed in on himself?

I realized this with a short film I made with Leticia Dolera for Aldeas Infantiles.

Everything was more collaborative and less hierarchical.

From then on I did everything possible not only to promote the career of directors, but also to establish collaboration networks in editing, scripting and in all kinds of decision-making positions.

What changes when you do it?

They are healthier environments, they allow themselves to work from the doubt.

There is a network of trust.

That does not mean that they are not competitive, because of course they are.

It is a matter of information sharing and collaboration.

Does it happen with all of them?

Yes, even with those that have been very successful.

She wants to get a lot of

I have learned a lot from her.

The directors promote healthier environments, they allow themselves to work from the doubt.

There is a network of trust.

You have been producing and distributing films for two decades, have you felt a lot of condescension?

I have been in this for almost 22 years and I have lived through everything.

When I was younger it happened more, like when in meetings they looked at my partner before me or when they thought she was the secretary.

It was not unusual for it to happen.

Things have changed a lot, but that doesn't stop sexist situations from happening to me.

, did you expect a story from a small town in Lleida to connect so well nationally and internationally?

We anticipated it because there is a lot of work behind it to achieve it.

We moved the development of the script a lot internationally a couple of years before we started shooting.

We realized that this local story was universal because it won awards in almost all screenwriting lab forums (such as the TorinoFilmLab or the Eurimages Co-Production Development Award).

There we already understood that the project was liked and had many possibilities.

Do you see her at the Oscars?

Hopefully, first the members of the Film Academy here have to decide.

If they select us, we have the best international partners so that it works just as well there.

You have been in Cannes as a jury in Critics' Week, what did they tell you about the film?

When I arrived at the festival we had already been at the box office for a month with some very good figures.

Our French, German and Nordic colleagues have been very happy that

is doing so well because theaters are suffering all over Europe.

When a success like this is perceived, which connects with its public on a national level, it is a reason for joy.

What needs to be done to get people back to the movies?

We must seek new forms of communication and create new audiences, in addition to looking for them wherever they are.

Social networks have become an information channel for 100% of some age groups.

We noticed this with the promotion of

The worst person in the world

, we work a lot on networks and it has been a film that has connected a lot with young audiences.

Although men are more aware, as long as there are comments like "I'm not going to get in that elevator with you, lest you report me for harassment", between 'jijis' and 'hahas', we're not doing well

Independent producers have seen the new Audiovisual Law as a "death sentence", is there hope for the sector?

The law was approved in the Senate last week and we only have to resort to Europe.

We practically consider this battle lost, it has been a betrayal at the last moment.

We have hope with the Film Law.

We hope that the Ministry of Culture keeps its word and protects the figure of the independent producer.

Can you live only from this type of cinema?

Every time everything is more precarious.

I don't know any director I've worked with who makes a living directing, none.

It doesn't matter how successful they are.

This happens with the best director or director who is also making episodes of series on platforms and with whom she starts.

They all need income through other means and, fundamentally, they tend to be teaching.

Precarious and little given to denouncing the injustices of the union, why have we not had a Me Too of cinema in Spain?

What the Catalan Film Academy has done, setting up a Department of Abuses, is very good news.

It was necessary and I looked for them.

Cinema is associated with an open and egalitarian look and not because it is cinema has happened less than in other sectors.

I have seen and lived quite ugly situations.

In my case, I have been able to intervene and resolve the situation in the most radical way possible.

But it keeps happening.

Although men are more aware, as long as there are comments like "I'm not going to get in that elevator with you, lest you report me for harassment", between 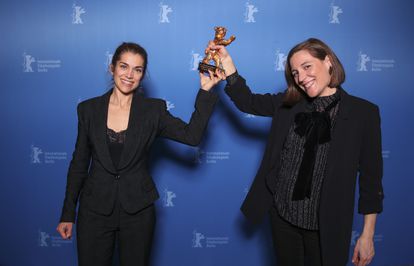 María Zamora: "I don't know any independent film director who lives only from this" 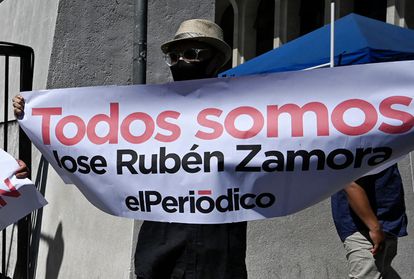 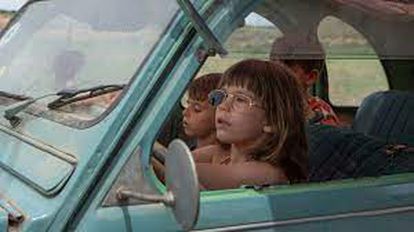 'Alcarràs', the family drama about the decline of the rural world by Carla Simón, dazzles at the Berlinale 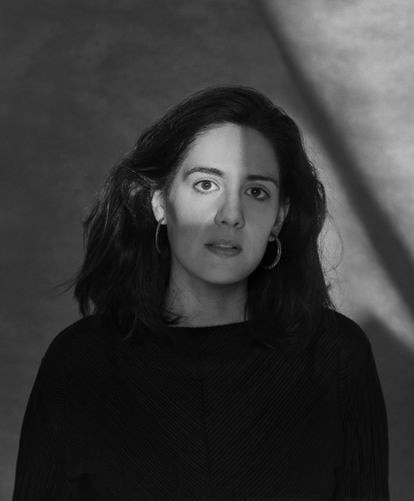 Five directors, five Goyas for new direction and an amulet 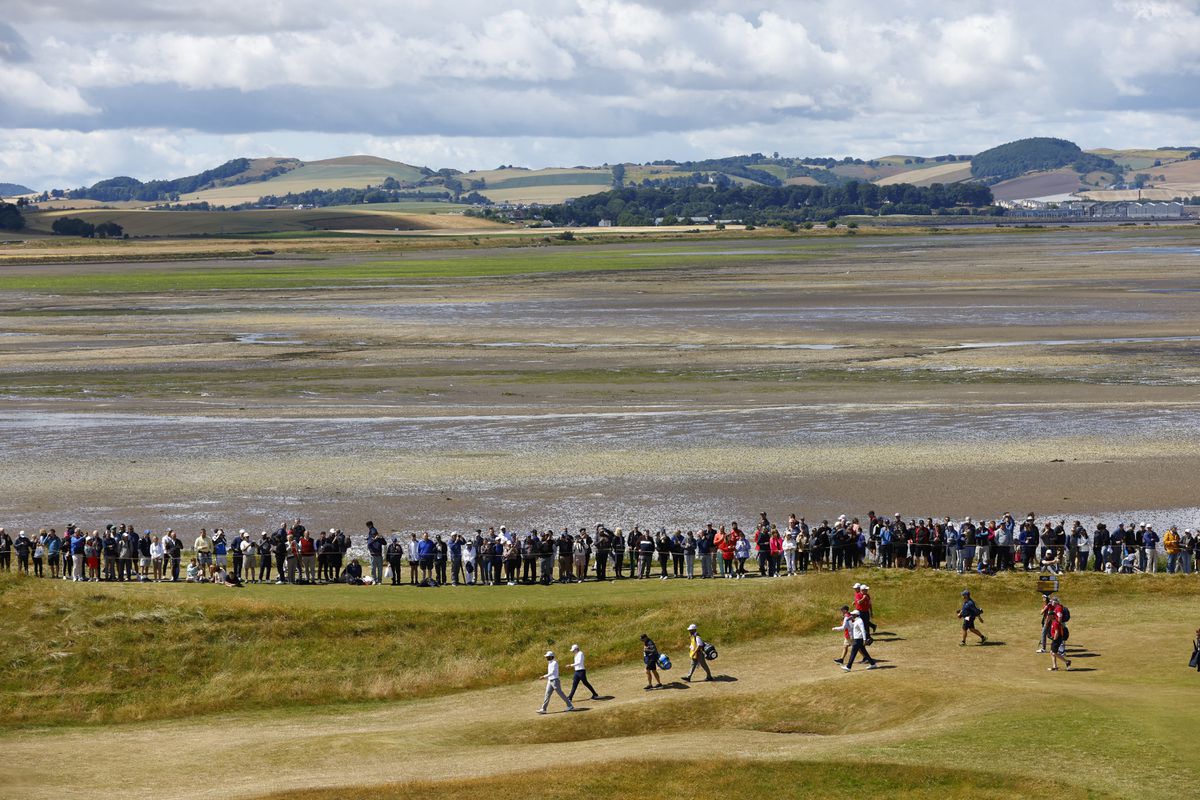 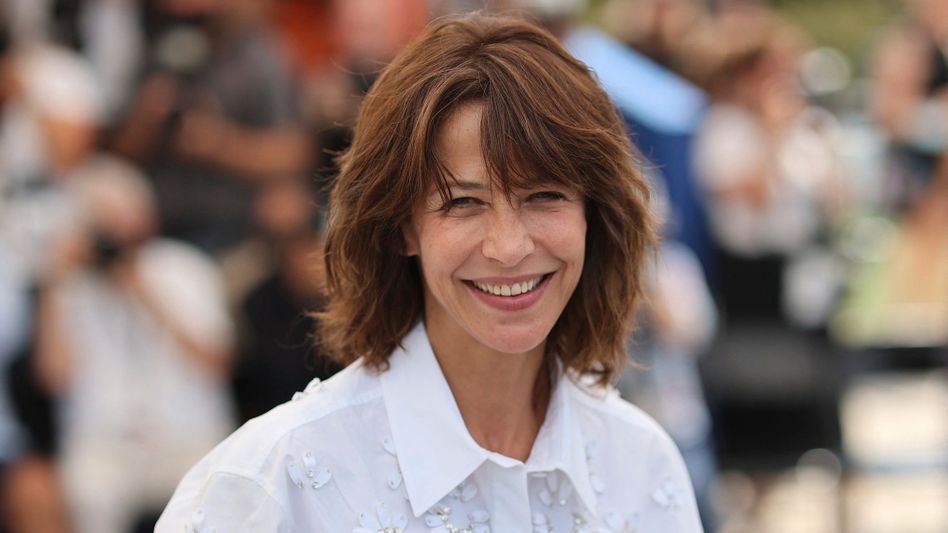 Sophie Marceau on »Everything went well«: »I see myself as a lawyer, not as a judge« 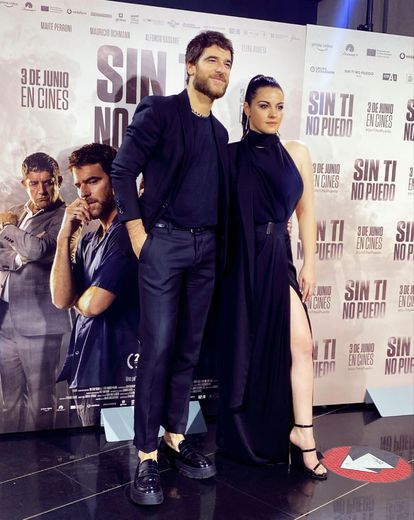 Maite Perroni, sixth Mexican protagonist of a Spanish film with 'Without you I can't'