The epidemic in Taiwan continues to spread. Today (16th) 206 new local cases have been added, and the number of confirmed diagnoses in a single day has reached a record high for 4 consecutive days. Taipei and New Taipei City have been upgraded to the third level of epidemic prevention alert. In the past, the bustling downtown, popular restaurants

The epidemic in Taiwan continues to spread. Today (16th) 206 new local cases have been added, and the number of confirmed diagnoses in a single day has reached a record high for 4 consecutive days. Taipei and New Taipei City have been upgraded to the third level of epidemic prevention alert.

In the former bustling city, there were long queues outside popular restaurants. Some people living in Taiwan witnessed the deserted streets of Taipei City. After the epidemic broke into the community, the night market was no longer crowded, and there were only "three or four kittens" in the restaurants. .

The city where she lives has become unfamiliar, but she believes that Taiwanese people are highly self-disciplined. Some people plan not to go out for the whole month. Some people also urge online not to flee to a second city for refuge. I believe that personal protection is not high.

Hong Kong people: not too worried about the epidemic

Ms. Yang, who lives in Zhongshan District, Taipei City, went to work from Hong Kong to Taiwan early last year. Following the local epidemic’s rebound, the Executive Yuan announced that Taipei and New Taipei City had been upgraded to a three-level epidemic prevention alert. Real-name registration was required for different places. Locals once rushed to buy and hoard supplies. There were rumors online that many supermarket products were sold out. She also went to the supermarket to buy instant noodles and chilled food last week, preparing to meet the needs of the next two weeks.

She said that many merchants have quickly restocked and extended their business hours to 12 in the morning. In addition, there are many local products in Taiwan, so they are not too worried about shortages.

Since the epidemic hit the community, Ms. Yang said that the government has not announced the suspension of work and classes, but her company has arranged to implement work from home for two weeks starting tomorrow (17th).

She believes that even if the government does not implement a lockdown, Taiwanese people are very self-disciplined, and some even plan to stay out for the whole month. It is rare to hear that some people have changed to open places or friends' houses due to the gathering restriction order, and some take the initiative to urge not to go out online. She fled to other cities to avoid the epidemic, so she didn't worry too much about the epidemic.

▼Hong Kong people hit the supermarket directly on May 16▼

Everyone in the community is in danger. Ms. Yang wandered around Taipei Main Station yesterday. The past weekends are no longer crowded with cars, and the flow of people is less than during the Lunar New Year. Underground streets and night markets have become quiet. In the past, there were long crowds outside popular restaurants. It also disappeared. Even if it is open as usual, there are still many vacancies in the store. Frankly speaking, it is the most deserted side of the city since I lived in Taiwan.

The epidemic came suddenly, and Ms. Yang was not in a hurry to leave, but frankly said that the Hong Kong government had announced earlier that those who had returned from Taiwan and had been vaccinated would only need to undergo home quarantine for 7 days. She thought the arrangement was attractive and hoped that she would return to Hong Kong for vaccination. Thai Vaccine, visiting relatives on the way, but currently the Hong Kong government has tightened the quarantine arrangements for people entering from Taiwan, and can only continue to wait and see the development of the epidemic and wait for a better time to return to Hong Kong.

80 days of "epidemic surveillance" in Hong Kong and Taiwan for a year, reducing the number of days for vaccination

Another Hong Kong resident, Mr. Gu, who works in Taiwan, left Taiwan in early April and returned to Macau and Hong Kong. One of the trips was to vaccinate Fubitai.

He said that the cumulative number of quarantine days in Hong Kong and Taiwan in the past year exceeded 80 days. In order to reduce the trouble of quarantine, he also believed that Fubitai vaccine was safer than the AstraZeneca vaccine vaccinated in Taiwan, so he chose to come back for vaccination.

Mr. Gu originally booked a ticket to return to Taiwan at the end of May, but now he also says that he will "check it out first."

He explained that if the company arranges to work at home, it can also work as usual in Hong Kong, which also reduces the risk of infection; but if Taiwan implements a lockdown, he is slightly worried about not returning to Taiwan.

However, he believes that Taiwan has a larger population than Hong Kong, and the rate of confirmed cases this time is still lower than that of Hong Kong. "Don’t worry about Taiwan. There are always many cities in Taiwan, with 200 cases per day. For a small city in Hong Kong at its peak, there are In a few hundred cases, the rate of confirmed diagnosis is not so high, and it is not enough to worry about returning (Taiwan)."

Macau extends the quarantine period for Taiwanese immigrants Chen Zhaoshi: Does not rule out Hong Kong's timely tightening of arrangements

Taiwan Epidemic｜Only AstraZeneca only 0.8% of the population has been injected with Tsai Ing-wen and other Taiwanese developed vaccines

Epidemic in Taiwan｜Hong Kong people hit the market: supermarket noodles are swept away, consider returning to Hong Kong for vaccination

Slow Macau for most of the day Chen Zhaoshi: Taiwanese arriving in Hong Kong must be quarantined at the hotel on the 14th and not home

Coronavirus disease. Latest｜Taiwan COVID-19 has not stopped returning to Hong Kong in isolation for 21 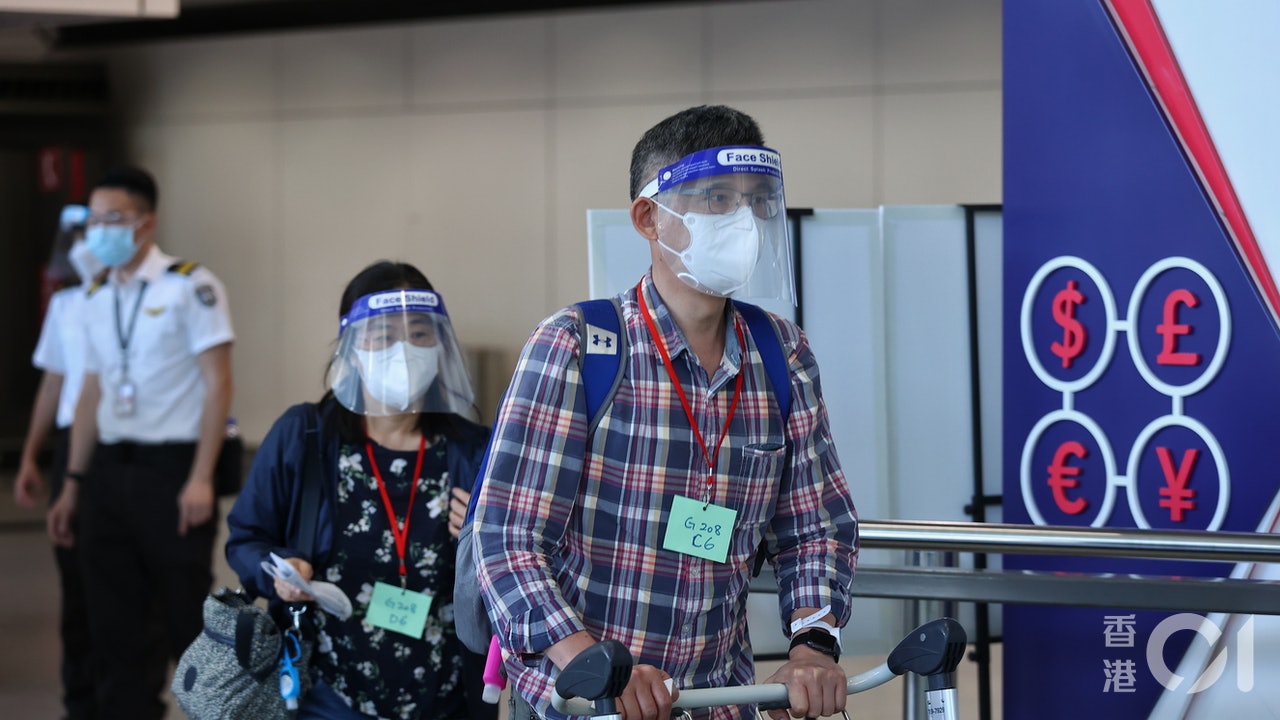 Epidemic in Taiwan | Hong Kong residents rush to the hotel to return home early after visiting relatives: I am afraid that they will be isolated on the 21st

Coronavirus disease. Latest｜ News: There will be no news conference on the outbreak of local cases of unknown origin today

Coronavirus disease. Latest｜Yuan Guoyong: Hong Kong has the opportunity to clear zero and urge citizens not to relax and get injections as soon as possible