The island faces its particular 'marmot summer'. With the night still closed, the newcomers during the pandemic bet on the day: art galleries, alternative therapies and other advantages of a connected society

On Friday, July 23, at 7:45 a.m., a burly dark-haired man enters a plane that will take him from Madrid to Ibiza. Sepulchral silence among the passage when detecting his presence, just like when, 20 years ago, that man started with the ball at his feet and the stadiums were silent. It's Ronaldo Nazario. On the island, he leaves the plane and takes the bus that takes the passengers to the terminal. He is standing and alone, only that there are people by his side who do not notice him. When he got off, he went to the luggage belt, smiling at those who greeted him, dragging the kilos on his crushed knees, the same knees that, even when they were weakened, did not prevent him from being a football legend. There is something about Ronaldo in Ibiza that has to do with magnetism, speed and destruction; the island, like the forward, is also undergoing conversion. Of the night and the

to the island of gastronomic tourism, or the one that has moved the disco party to the

(more sought after than ever) or the one that attracts people in its spiritual search for themselves.

With the night closed, something unusual has emerged: the day.

But not the day in the way that it can present itself in a normal place, because if Ibiza boasts something, it is that normality does not go with it.

Pictures of an Ibiza in full mutation

This article is the approach to the more mystical side (spectacularly mystical, it could be said) of an island that has welcomed in recent times, pandemic through, to characters without economic problems almost all (

, businessmen, publishers, artists ...) who have settled here to live all year round. Some to spend more than the pandemic year, such as the couple formed by Rebeca Escohotado and Diego Torán. “What has happened to many of us; Ibiza empties in winter, but this year many people have stayed, businessmen, artists ... And music production studios, galleries are opened ... There is much more life in winter. We came for three weeks. We extended one more week. And little by little we found a house, a school for the children and we stayed for a year. And now everything followed ”, says Torán, manager of artists like Macaco. "This was a place where you had a club circuit, but very small, and now they are opening up more, in which there is more room, and options more linked to roots, to folklore, with smarter electronics" ,bill. “Ibiza in winter is going to become a capital of Europe, thanks in part to the improved internet connection that allows it. People from all over the continent have come to live here; people with jobs with freedom to do them from anywhere. From this airport you can fly wherever you want ”.

Liam Aldous, creative director of ColourFeel, in the house that he is restoring with other people in the interior of the island of Ibiza.

In the photo he poses with one of the vintage cars they have on the ground.

Liam Aldous came to the Balearic island with a company called Colourfeel, which attracts clients and firms;

It is one of those companies for which it is difficult to explain what they do.

He tries: “It's a company that organizes immersive events,

We create spaces, autonomous zones, free from the dystopias of the world.

In winter I did a

for clients and friends with a program of therapies and creative activities for people who needed to flee the city.

Some people even crying ”.

is an Anglicism repeated by several interviewees. Torán also cites it to embed it in a culture of its own, which would become the culture of caring. This care also has to do with the promotion of art. "Here they are opening large galleries because Ibiza is beginning to be a culturally conscious island," he says. He agrees with Liam Aldous: “Look, the clubs are not going to open. And if they open it will be different, for the moment there will not be the freedom of before. What will happen is that the island must enhance its side of social and cultural connection. Here the culture has been very punished for many years because the attention was

, but there are many artists from all over Europe who have come to take refuge since the pandemic, and they are beginning to move around here ”.

Jorge Fernández and Natalie Rich in their art gallery, opened in 2018 and called Also, where they are currently exhibiting African art in Santa Gertrudis, Ibiza.Olmo Calvo

One of those galleries, opened in 2018, is called Tambien, it is in Santa Gertrudis and is run by the music producer Jorge Rodríguez and the French artist Natalie Rich.

They currently have a spectacular exhibition of modern and contemporary African art organized in collaboration with the Parisian gallery Magnin-A.

“In Ibiza there are few cultural proposals that are not dance or club, and that must change.

Because people demand, and because as soon as something is organized, people respond.

Now they know that there is a huge space for culture, and that in addition to passing through here, they can stay ”.

Ibiza is that impressive island to which someone like Ronaldo arrives on a regular flight. Lola belongs to the real Ibiza, which is exactly the real Spain. She is not a foreign tourist, she does not come to sunbathe on the deck of a ship, nor does she seek refuge inside to follow alternative therapies, meditate and escape from the noise of the big city. Lola is a Uruguayan girl who arrived in Ibiza a month ago and found a job as a waitress the next day at the Little Ibiza bar on Paseo de Felgueretas, in the capital of Pitiusa. “Swiss, Germans, French: they are gone. We are in the red ”, he says in reference to the restrictions due to the pandemic. Closer each day to the pre-coronavirus figures, the Balearic Islands are the Spanish destination that received the most foreign tourists in June: 664,013 visitors, 28.4% of the 2,3 million passengers from international airports.

Composer Silvana Estrada, the new great voice of Mexican music, arrived on Friday to give a concert on the island.Olmo Calvo

There is a world that tries to take advantage of the consequences of the pandemic and another, that of Lola, that tries to survive dealing with them.

"The client no longer comes to Ibiza on vacation, he becomes happy."

“Because all the islands have a special energy”, the Hispanic-Mexican Igor Ramírez García-Peralta, writer, editor and art curator, tells this newspaper.

“Ibiza is said to expel you or trap you.

I have managed to face different fears.

Sleeping isolated in nature, for example.

Now I live in a wooden hut where when there is wind, the wind sneaks in;

when it's cold, the cold creeps in.

I never imagined living that way.

I have found happiness, yes, "he says, demonstrating the theory that happy is who can choose what, if forced, can make your life impossible.

Party atmosphere before sunset in Cala Benirrás, in Ibiza.Olmo Calvo

Ramírez, who has just published a novel titled

That Horrible Desire to Belong

(Emecé), lives with two dogs, two cats, and 100 chickens. In winter, from time to time, he makes retreats with a group led by a spiritual guide with whom he sleeps in the open for four days and four nights, alone and apart, fasting. Only in winter; in summer, like many interested primarily in

, they run away. He, for example, to Tuscany.

“Something is cooking, I have no doubts. It is like a new wave that connects with past times, and that is going to change the island ”, says Liam Aldous. "Something different than usual." Through the streets of Ibiza, where new and old Ibiza continue to coexist with its tourists in search of a well-spent weekend, a man without a shirt is dragging a bicycle uphill. His name is Queco and he came to the island after caring for an ALS patient in Madrid. "Are you journalists? Well, I'm a conjurer ”, he says. He takes out a cigar and performs several amazing numbers with it. "This is also going to make believe things," he says when he leaves. Is Ibiza an optical illusion? Many people speak of it as if it had its own entity, it is The Island. Liam Aldous speaks: “This piece of land attracts many elevated souls. People looking for something more in life.The island has that rebellious soul, there are lonely souls, and here we find something. It is like an axis of the universe, everything that happens in the world is represented here: languages, cultures, religions, all light and all darkness are found here ”.

Igor Ramírez, one of the inhabitants of the new Ibiza IgorGuillaume Roemaet

Igor Ramírez speaks, for his part, of a debt.

“Anyone who receives something from the island has to return it.

There are luxury brands (Gucci, Dior, Bvlgari, Loewe) that do many things about Ibiza: they are inspired by it for watches and bags.

They benefit and give little back.

They should have a much more active role to give something back to the island, which gives us so much ”.

And does the island expel you or trap you?

It is a unique motto that, like many ideas in this report, has to do with something very simple: money.

"If you don't have a home, the island won't accept you," sums up Aldous.

In Ibiza, where unemployment rose 144% in August 2020 compared to the same month the previous year, and anywhere.

"In the summer many people want to move here, but then you have to look for a house, that's where the problems come."

If the habits and intentions of the visitor and the resident change slowly, it could not be less with drugs, companions of the Ibiza legend since it began to be projected as a world destination. A woman who prefers not to say her name explains it. “Disco culture is heavily influenced by chemical drugs, pills, MDMA or cocaine. In the circles in which I move, which are more mystical circles and in connection with art or nature, we take drugs that provide us with higher frequencies. Mushrooms, especially. More related to plants. They are not drugs that are taken both to spend leisure and for personal growth, as a way of opening up or getting to know each other ”. A middle-aged man, a successful professional, knowledgeable and skeptical of that world at the same time, summarizes with irony:"How will things be in Ibiza that the camel has begun to call a shaman". 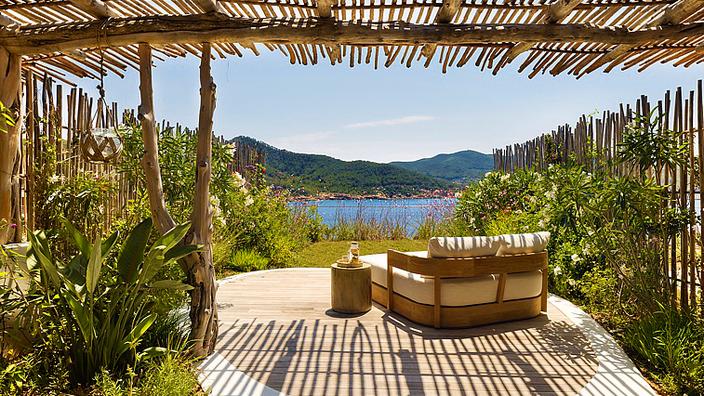 Stopover in the Balearics: Ibiza, the essence of the party

Exhibition in Aix: Zao Wou-ki, the passenger of the wind 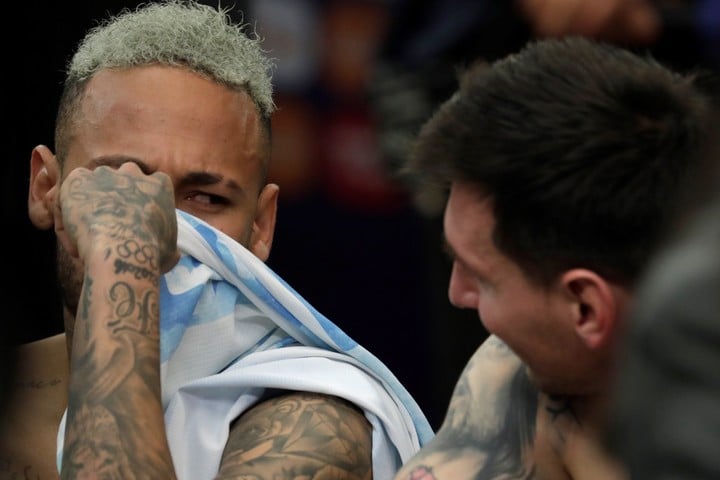 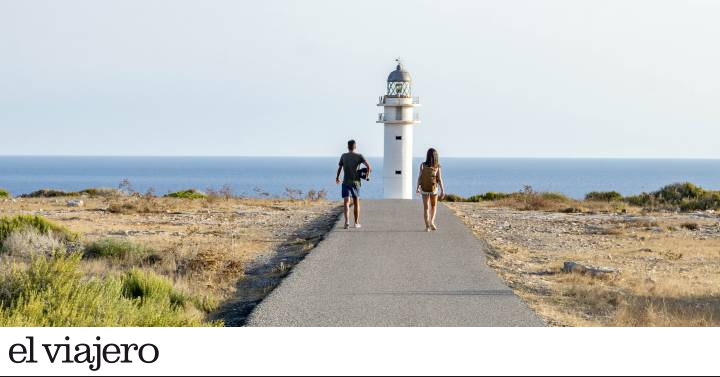 Formentera, a paradise of 83 square kilometers&nbsp;