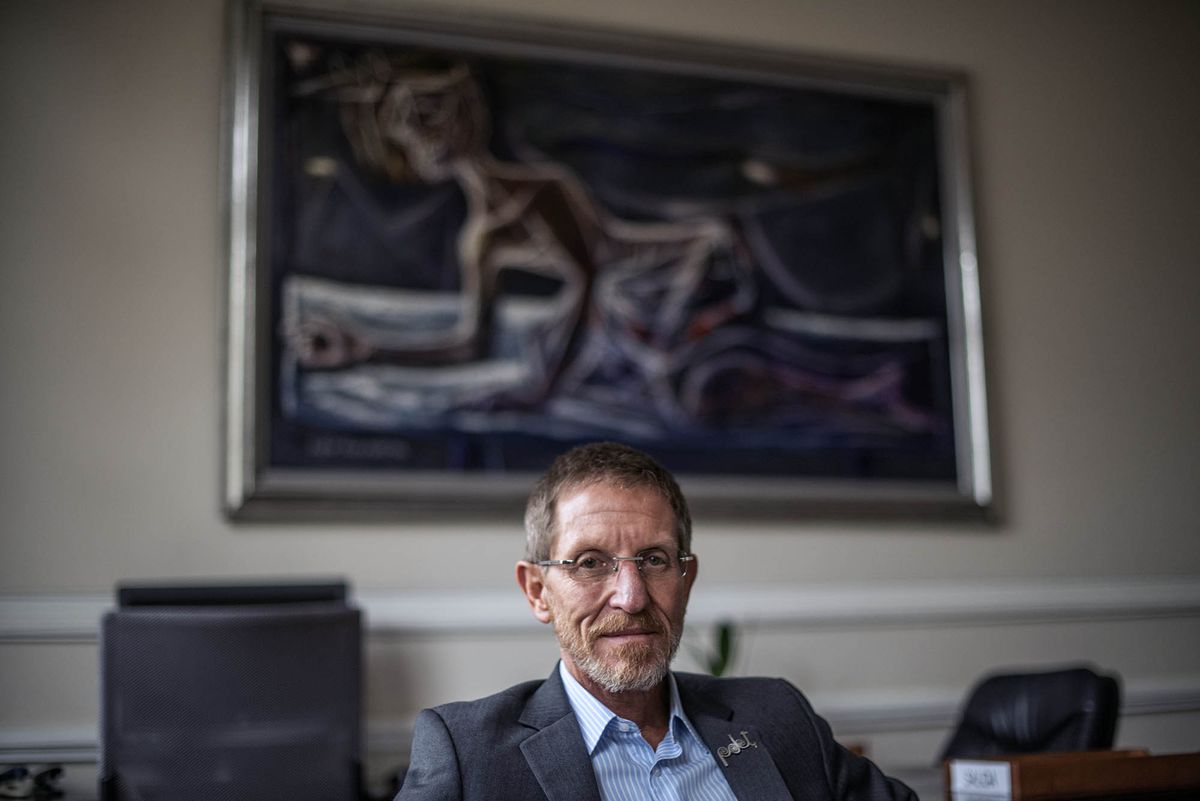 Emilio Archila, Counselor for Stabilization, has been in charge of implementing the peace agreement with the extinct FARC guerrilla since the beginning of the government of Iván Duque, a critic of the negotiation sealed by his predecessor, Juan Manuel Santos. In the office of Archila (Bogotá, 57 years old) in the Casa de Nariño, the presidential palace, hangs a huge map of Colombia. The 16 areas marked with different shades of blue, pink and purple are the regions in which development programs with a territorial approach are developed, or PDET, as the Government's investment plans for the places hardest hit by an armed conflict are known. more than half a century that has left nine million victims. "In the red points are the old territorial spaces, but there are a couple that we have moved",explains the beginning of this interview with EL PAÍS about the places where the ex-combatants gathered to leave their rifles and make their transition to civilian life.

Has the implementation of the peace agreement advanced at the rate you would have liked in these three years?

No, it has advanced even further.

On practically all fronts the level of achievement has been higher than I had anticipated.

The pandemic slowed down the implementation, do you consider the delays that may have involved overcome?

The Government made a very great effort so that the pandemic did not deviate substantially from what we had planned.

At the beginning of the pandemic, [Finance] Minister Alberto Carrasquilla was summoned to Congress, and stated that there was not going to be a deviation of the resources assigned to the implementation plans.

What did exist was great care with the populations.

You have said that "peace is made in the territory, not on the desk."

You made more than a hundred trips in 2019. Have you been able to resume that rhythm of visits to the places where the agreements are implemented?

Anyway, not only have we resumed it, but we are catching up.

We are going out at least three days a week, and we visit four territories a week.

Are the ex-combatants still committed to the peace agreement?

Yes. There are many ways to measure this.

The crudest way is that practically none have returned [to arms] despite the invitations and threats from criminal groups to go drug trafficking.

Virtually all are still on the record, more than 75% view their own future with optimism.

So the answer is yes, they are still very committed.

The Comunes party, which emerged from the defunct FARC, alleges non-compliance, and the State has been unable to stop the murder of ex-combatants and social leaders.

Is security the main obstacle to advancing at a better pace and generating more confidence?

Comunes is an opposition party, and so they declared from the beginning. That is neither good nor bad, it is just a condition that must be taken into account. The implementation, to think about it schematically, involves legal guarantees, the operation of the Special Jurisdiction for Peace (JEP), the Truth Commission, and the Unit for the Search for Disappeared. It implies political guarantees, that the Comunes party is in Congress and has participated in the elections. It means all the support for the victims, our programs for the voluntary substitution of illicit crops, as well as the implementation of development plans with a territorial approach for 170 municipalities, that is a third of the territory of Colombia. It means the reintegration program with 13,000 ex-combatants and their families.Also comprehensive rural development. Has violence affected us on all these fronts? Yes, but it could never have been in a different way.

Could you explain it?

When the agreement with the former FARC guerrilla was signed, the ELN already existed.

And to that the misnamed dissidents were added.

It was never true that the implementation of the agreement was in itself sufficient to achieve a stable and lasting peace.

It was obvious that it was going to have to be done in that context, and to the extent that these other sources of violence were resolved.

For us, that all these criminals exist is a challenge, which has been aggravated by the dictatorship in Venezuela that helps these gentlemen.

We have had all the advances that we have still had in that context.

The Ministry has concentrated a good part of its efforts on development plans with a territorial approach, but the security indicators in these key territories continue to be worrying ...

The Ministry has concentrated its efforts on all fronts.

They are just songs that advance at different rates.

As for the indicators of violence, I do not want to contradict your figures, but I would invite you to look at where there is illegal mining and coca.

PDETs are equivalent to 13% of the Colombian population, but they add up to 25% of homicides, and, according to Congresswoman Juanita Goebertus, 61% of murders of leaders have occurred in those areas.

Those statistics continue to alert ...

No death is justified.

When you do the analysis of violence, when you try to explain what we have done, you run a risk and it is that it seems as if you are satisfied or calm.

And that is not the case because no death is ever going to be justified.

Now, Colombia was not a country where there was an armed group that was facing the State.

There are a multiplicity of armed groups that existed when the agreements were signed.

I insist, the idea that signing that agreement achieved a stable and lasting peace was a

Materially, it was impossible for the other violence to disappear when it was being signed with only one of the perpetrators of the violence.

Issues that are quantifiable: there are 13,000 ex-combatants who are in a process of reincorporation.

This is the largest guerrilla group that has ever existed, and they are still in a process of reincorporation.

If you look at the indicators before the implementation started - how many violent deaths there were, how many kidnappings, terrorist attacks - Colombia today is a much better country than it was before we started this implementation.

And I am not saying it, that phrase has been expressed in the United Nations Security Council.

Does Colombia still have challenges?

To think that the violence is due to non-compliance with the agreements, that is not true.

You have one year left to hand over to the next government, which will also have implementation obligations.

What would you recommend to your successor?

That builds on what is built.

The most powerful thing about this implementation is time.

The agreements include a number of issues that Colombia had to overcome decades ago, with or without agreements.

Trying to solve them in three long years of government is impossible.

The great opportunity the country has today is to work for 15 years or more to resolve these issues, which cannot be resolved in less time.

What the next generation would not forgive us is if we start from scratch.

You have to build on what is built.

Have you had to row against the current?

No. The president knew from the beginning that this was a commitment not by a government but by the state.

And that we were going to be able to comply with the guidelines of the Constitutional Court to carry out the implementation in coherence and consistency with the rest of the Government's policies.

Before coming to power, President Duque was the spokesperson for 'No' in the plebiscite on the agreements.

Have you ever felt labeled in the Government for having voted 'Yes'?

In the Cabinet I think that half voted 'Yes'.

It is not a determining factor.

I can tell you that what the president thought at the time was that there were some aspects that could have been improved, not that the agreements should not have been adopted.

But, also, when I was going to start working with him, as soon as I reaffirmed that I had voted for 'Yes', he told me: "Perfect, that gives us more legitimacy." 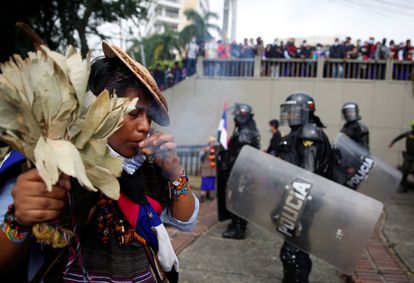 Understanding the racism and classism at the heart of Colombia's protests 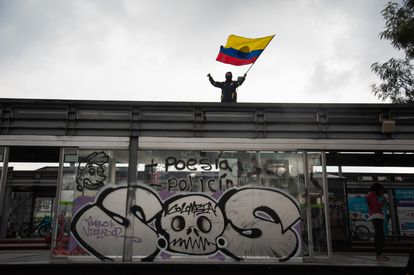 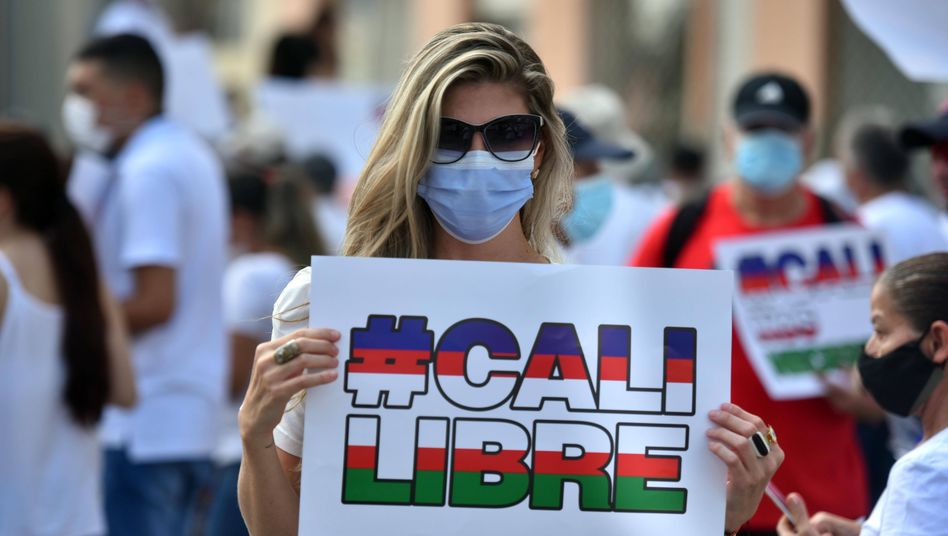 Francisco de Roux: "My conviction is that transitional justice must be protected"