Which company should settle on the vacant industrial area in the Nonnenwald, for which the company "Marvel Fusion" was once discussed. The Penzberg city council will deal with this question tomorrow, Saturday, behind closed doors. The town hall says that five companies will present themselves at the meeting. 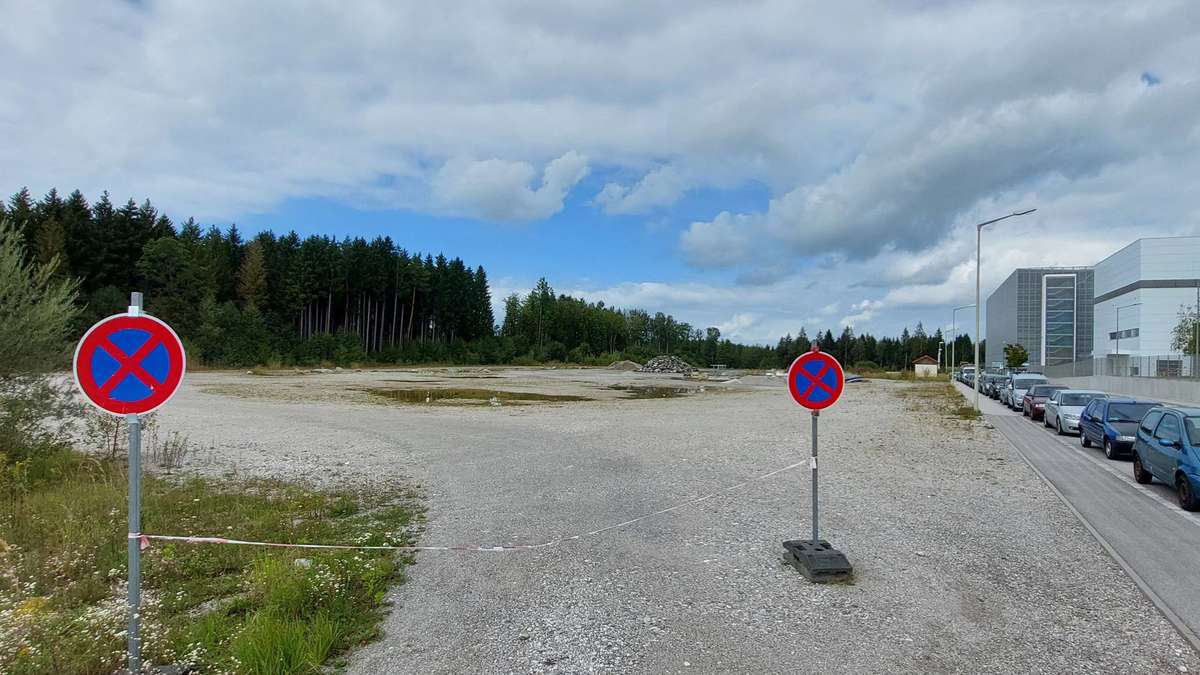 Which company should settle on the vacant industrial area in the Nonnenwald, for which the company "Marvel Fusion" was once discussed.

The Penzberg city council will deal with this question tomorrow, Saturday, behind closed doors.

The town hall says that five companies will present themselves at the meeting.

Penzberg - The Penzberg town hall has specially scheduled a special meeting for Saturday.

The main topic is the still vacant urban industrial area in the nuns forest behind the printing center and west of the Roche factory premises.

Actually, there are two pieces of land, industrial areas 08 and 09. Together they cover 28,700 square meters.

In recent debates it has been said that it is the last free urban areas that have been designated for industrial settlement.

The special session on Saturday should run for several hours.

However, this happens without an audience.

According to the town hall, the meeting is not open to the public because it involves company-internal facts and figures.

Application process: Five companies introduce themselves to the city council

On the agenda is an "application process for the acquisition of an industrial area in the Nonnenwald". When asked, the town hall confirmed that it was about industrial areas 08 and 09 on Robert-Koch-Strasse. According to the city, the aim of the meeting is to bring about fundamental decisions regarding the utilization of the property and to get to know the potential applicants. Accordingly, five companies are invited to introduce themselves on Saturday: They take part via video link or in person on site. The city made no statements as to whether these are all interested parties. When asked, there were both companies from Penzberg and foreign companies among the applicants. "Various industries" are represented. The city cites the technical production area and plant engineering as examples. A final decisionThe city council will probably not decide on Saturday which company will be awarded the contract. It is considered that the city administration will be given a negotiating mandate, announced the town hall.

When asked, the city gave no information about individual companies, not even about “Marvel Fusion” or “Energy Xploit”. The company "Marvel Fusion", which wants to develop a commercial fusion power plant, has long been in discussion for the industrial area in the Nonnenwald. Last March, however, the Penzberg City Council allowed a deadline to elapse, according to which it should make a binding statement about a purchase interest by that time. The company, which is also examining other locations, stated at the time that it did not want to commit itself yet. Apparently not much has changed. "Marvel Fusion" announced this week on request that the location exploration was still going on. Penzberg therefore still belongs to the group of locations that represent an option for the company.

As reported, the Swiss company "Energy Xploit" is also interested in the area in the nun forest.

It wants to create a “business and innovation park” there.

The company works with the Austrian architect Rüdiger Lainer.

Company boss Christoph Pfister confirmed the interest when asked, but did not want to comment publicly on the considerations at this point in time.

The question of whether the land will be sold or leased as industrial space or whether it will be rededicated and divided into commercial space so that several commercial enterprises can settle there is also unresolved at the moment.

The city council discussed it earlier this year.

When asked, the town hall said that no decisions regarding the development plan would be made at the meeting on Saturday. 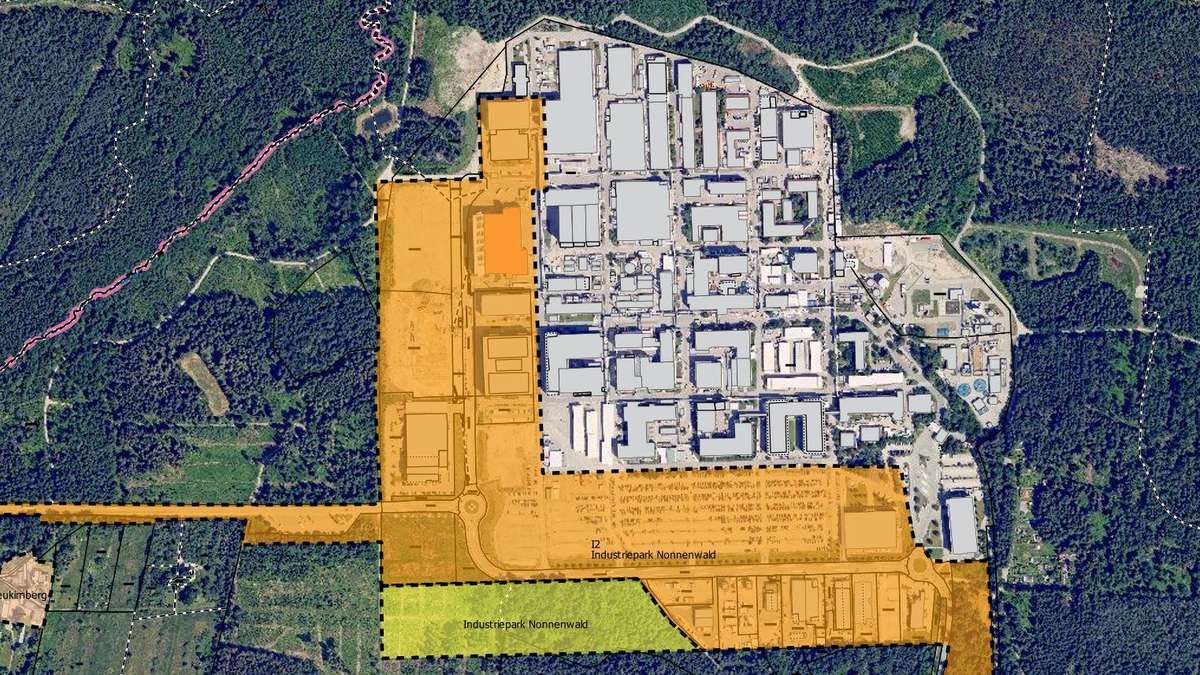 Penzberg: The city can create new space for business in the nun forest

Around 2100 applications for the Thuringian Climate Protection Premium 2021 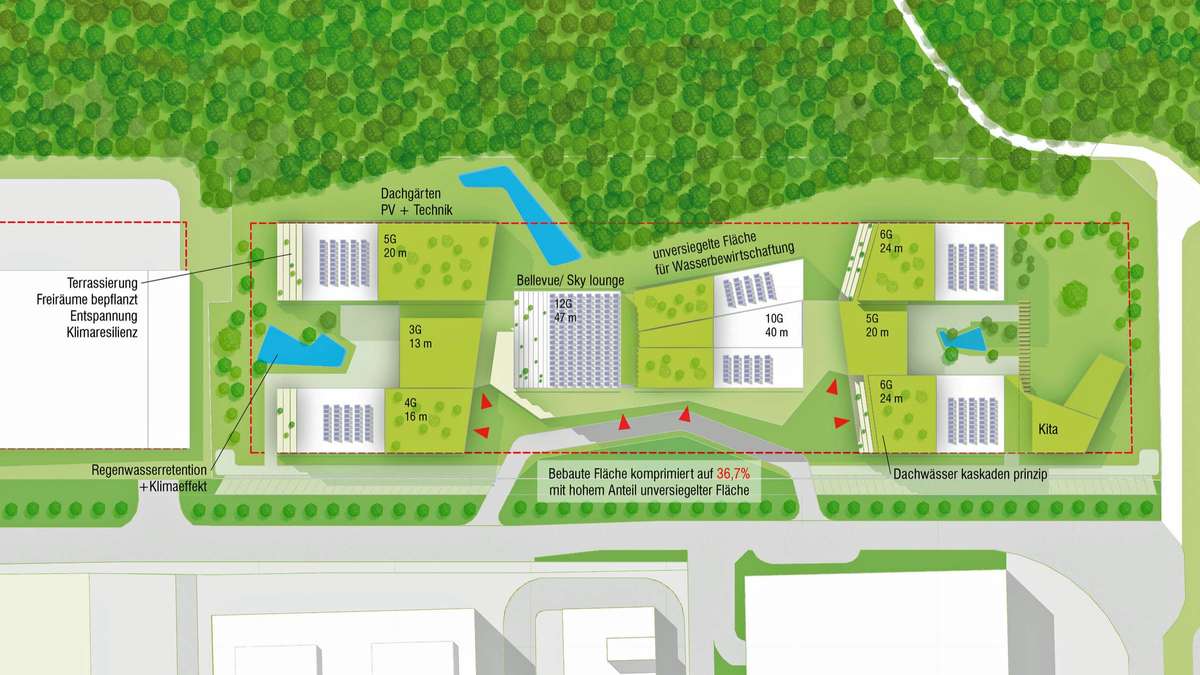 "Energy Xploit": Plans for a "high-tech" park in the Nonnenwald - with Austrian "HoHo" architects 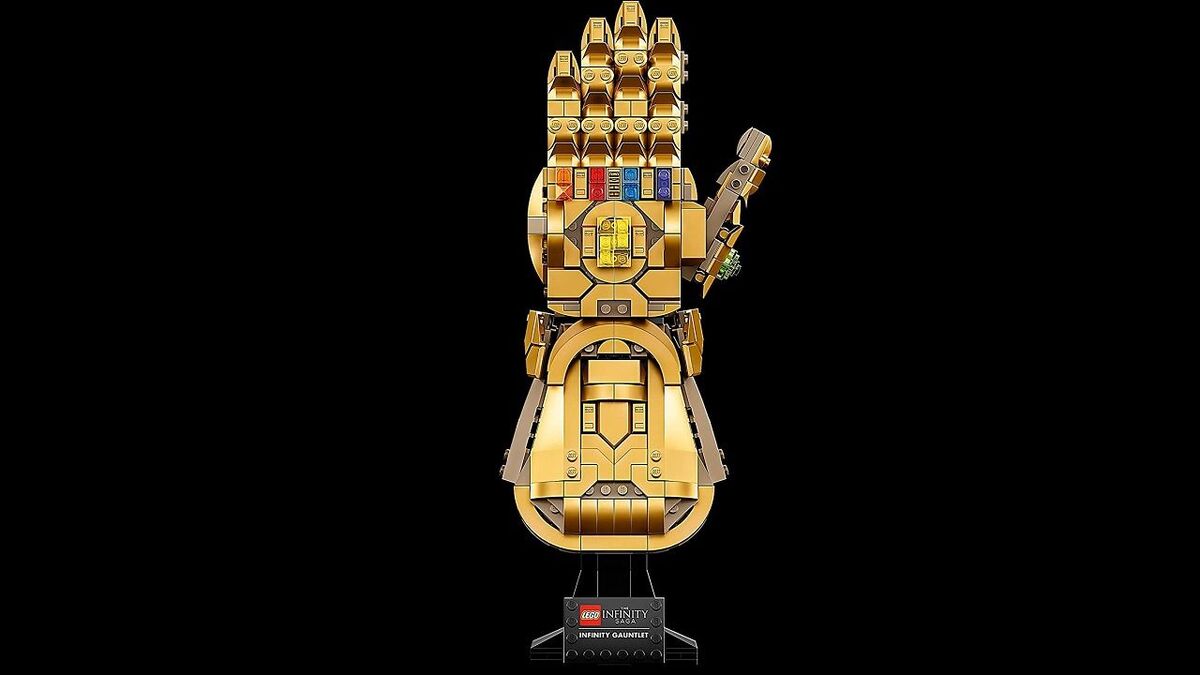 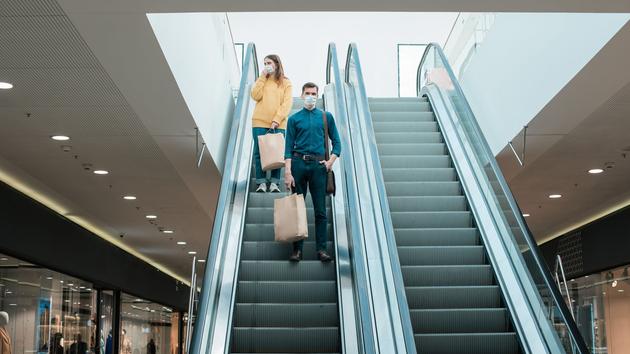 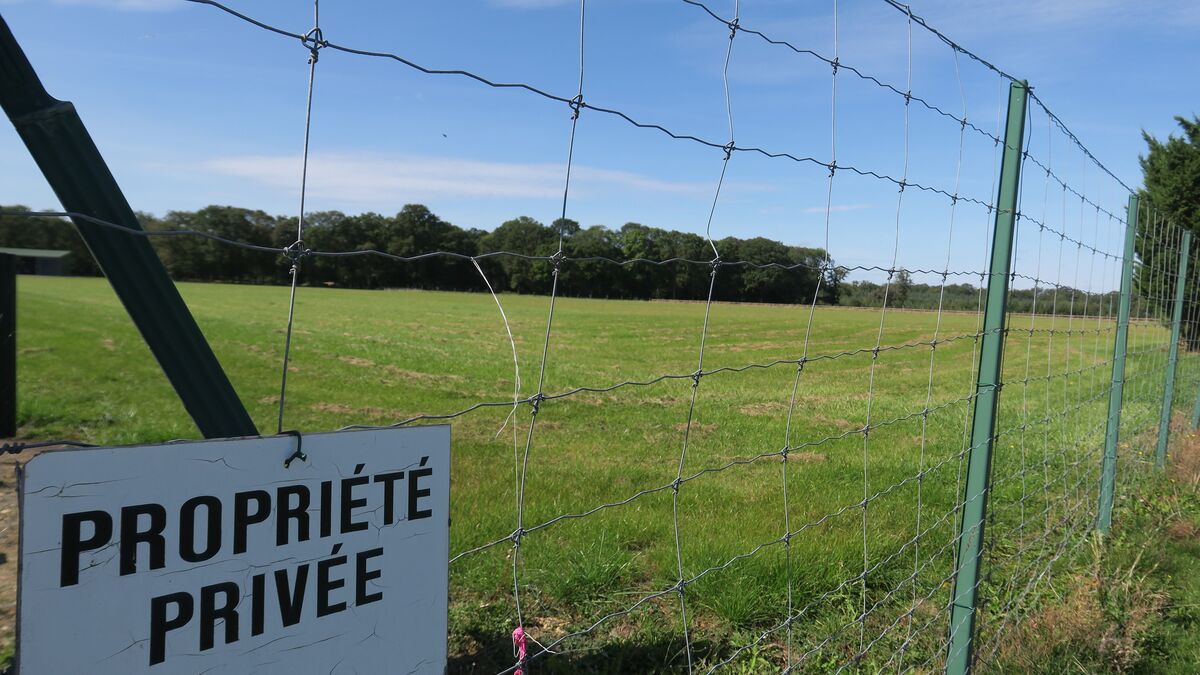 Coignières: after the Petit Trianon, the Dassault family sells the 301 hectare national forest 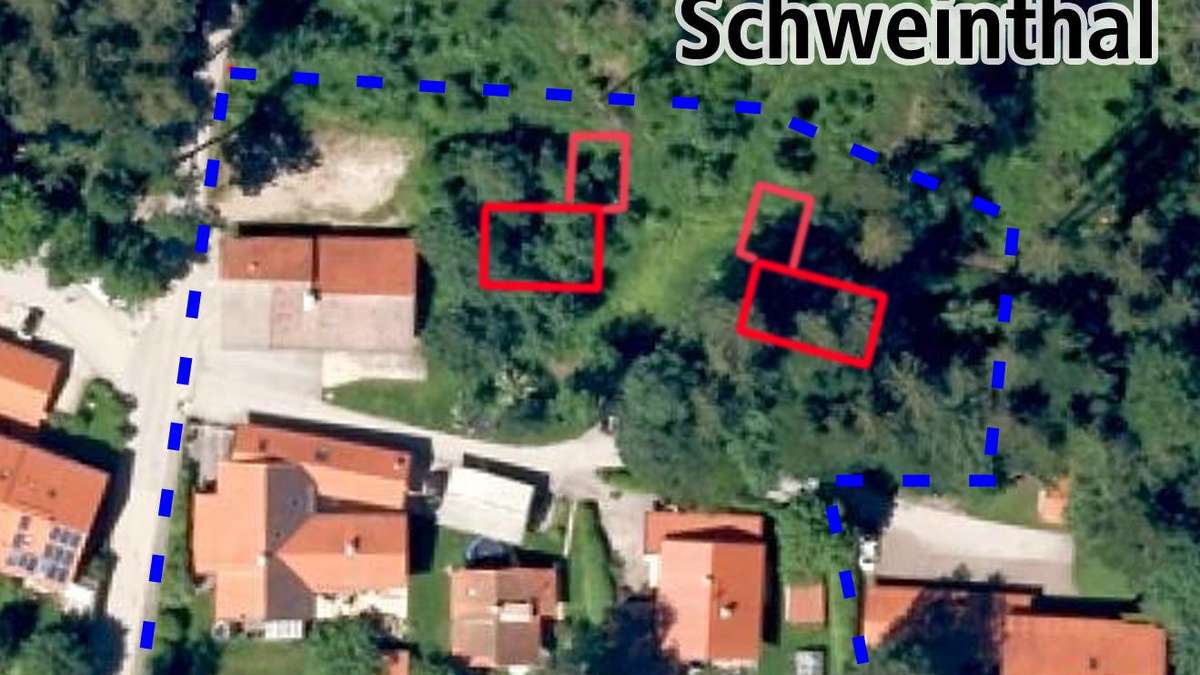 Creating living space or protecting the forest: the proposal leads to a fundamental discussion in the Miesbach city council

Customs clearance | Lam Cheng: Most of the quarantine-exempt groups in Hong Kong will cancel the small quota at the initial stage of customs clearance
2021-10-26T03:07:30.543Z

Laguna City is suspected of having touched the Porcelain Party white-clothed man flying towards the passenger in the front of the car: Wow! What are you doing?
2021-10-26T03:01:43.442Z

The global supply chain is chaotic. The food industry claims that the supply of frozen chicken wings to Hong Kong will be reduced, and the price will increase by more than 10%.
2021-10-26T02:43:30.673Z

Lam Cheng: The sooner you clear customs with the Mainland, the better, and most of the quarantine exemptions for overseas visits to Hong Kong will be cancelled
2021-10-26T02:37:30.539Z

Live | Lam Cheng-hang met with reporters before the meeting and was asked about the progress of the Legislative Council election and customs clearance
2021-10-26T01:49:35.689Z