The Morning Situation - What Cannabis Legalization Is All About

The Union should talk more about content. Wolfgang Schäuble should remain a member of parliament. And the cannabis debate is more than legalization. That is the situation on Thursday morning.

today we are dealing with the alarming gaps in the debates about the future of the Union.

With Wolfgang Schäuble as a political icon.

And with the question of why the sale of cannabis belongs in the hands of pharmacists.

new Norwegian government is to be

presented; (an event overshadowed by a rampage yesterday evening). The Social Democrats, led by Jonas Gahr Støre, had become the strongest force after eight years in the opposition in the parliamentary elections in Norway on September 13th. At the end of last week, she and the Center Party agreed to form a minority government. At 12.15 p.m. Støre wants to present his government team on Palace Square in front of the Norwegian Royal Palace in Oslo.

victory of the Norwegian Social Democrats

shortly before the local election was perceived by German comrades as a sign that there could be a comeback for former popular parties as well. But it should not be overlooked that both the German and the Norwegian Social Democrats have achieved poor victories.

, which, according to surveys, is becoming less and less popular, has every

. The popular parties of Europe are weakening. But does the Union have the right means to counter this? These days power politics is in the foreground, on the winning side it is about posts and coalitions, and the Union, as a loser, also talks a lot about appointments to posts and committees. The boys want the rejuvenation, the women want more women at the top, but where is the content? There is still great

potential for conservative politics in Germany

, which is most evident in socio-political debates about language and gender, but cannot be overlooked in economic policy issues either.

So what should conservatism look like at a time when even the Greens have become a bourgeois party?

There has hardly been a convincing answer to this in the entire election campaign.

To think now that the election was only lost because of one person, because of Armin Laschet, and that the next top figure would fix it would be fatal.

Politics is more than the sum of the people involved.

Not everyone is dispensable

Nevertheless, it depends on individual people. It is just not true that everyone is replaceable. If a

(CDU) had said of his own accord that politics would have been good for him now, that would have had to be accepted with full recognition for his services to the republic. But since, despite his age, he has got himself up and running again and has also won his constituency, that is also to be accepted. At least, as long as he is not guilty of anything other than getting older.

The chairman of the Bavarian Young Union, Christian Doleschal, 33, yesterday demanded in SPIEGEL that Schäuble should

. »Annegret Kramp-Karrenbauers and Peter Altmaier's resignation from their mandates deserves great respect and is a sign of the new beginning. Others should take this courageous step in the service of a renewal of the Union. Above all, those who have been in the Bundestag for several decades should think about this - for example Wolfgang Schäuble. "

However, the comparison with Kramp-Karrenbauer and Altmaier is misleading. Of course, they deserve respect for withdrawing in favor of younger people. But their age group is well represented in the Bundestag anyway. Nobody in Germany can keep up with Schäuble's political experience. He is the longest-serving MP and has represented his constituency in Parliament without interruption since 1972.

But there it depends on the mix, on freshness and on experience, on a will for the

future and an awareness of history in

The boys and women have every right to want to be better represented.

The fact that a political icon like Schäuble contributes to the

shouldn't be decisive - but it's still positive.

Cannabis - it's not just about legalization

The general secretaries of the SPD, FDP and the Greens want to

, which summarizes the result of the negotiations so far. The negotiators then want to present this paper to their committees and make a recommendation for further action.

Since so far little has penetrated from individual projects, those issues are now coming to the fore that the outside world suspects and, depending on the political mood, hopes that they will play a role. The

for example. Proponents tend to downplay the dangers to young people, but reputable health professionals agree that cannabis use can be harmful until the brain is fully developed, which can take into your early / mid-twenties.

In today's edition, the »Süddeutsche Zeitung« calls for legalization for adults, which also speaks for itself.

But that does not mean that all questions are answered by a long way.

In what way can the burdens that would arise on the health system because of the risks that actually exist, be compensated?

Where should this stuff be sold?

Pharmacies would be better

Because they have several business areas at their disposal, they have fewer commercial interests than specialist shops.

Pharmacological knowledge can also be useful.

Because it depends on the dose and the purity.

At 67, she is at the best travel age, because before the corona crisis, armies of German pensioners wandered around the globe.

Merkel has been around the world enough because of her job and has chosen rather modest holiday destinations.

But if she soon carries on privately and as a former chancellor as she does now in her last days in office, she will at some point have the prospect of a golden badge of honor from TUI or something similar.

After visiting Israel and visiting the Pope in Rome, she is visiting Spain today.

gives her the Spanish European Prize Charles V in the monastery of Yuste.

, even if he is to be sworn in as a member of parliament today.

"Short will soon be history," says the Social Democratic ex-Chancellor Christian Kern in an interview with SPIEGEL and the "Standard".

If you want to find out more about our neighboring country, I recommend our new newsletter: »The situation: Inside Austria«. Traffic light coalition is examining the legalization of cannabis - that would be a blessing for the state treasury, say economists 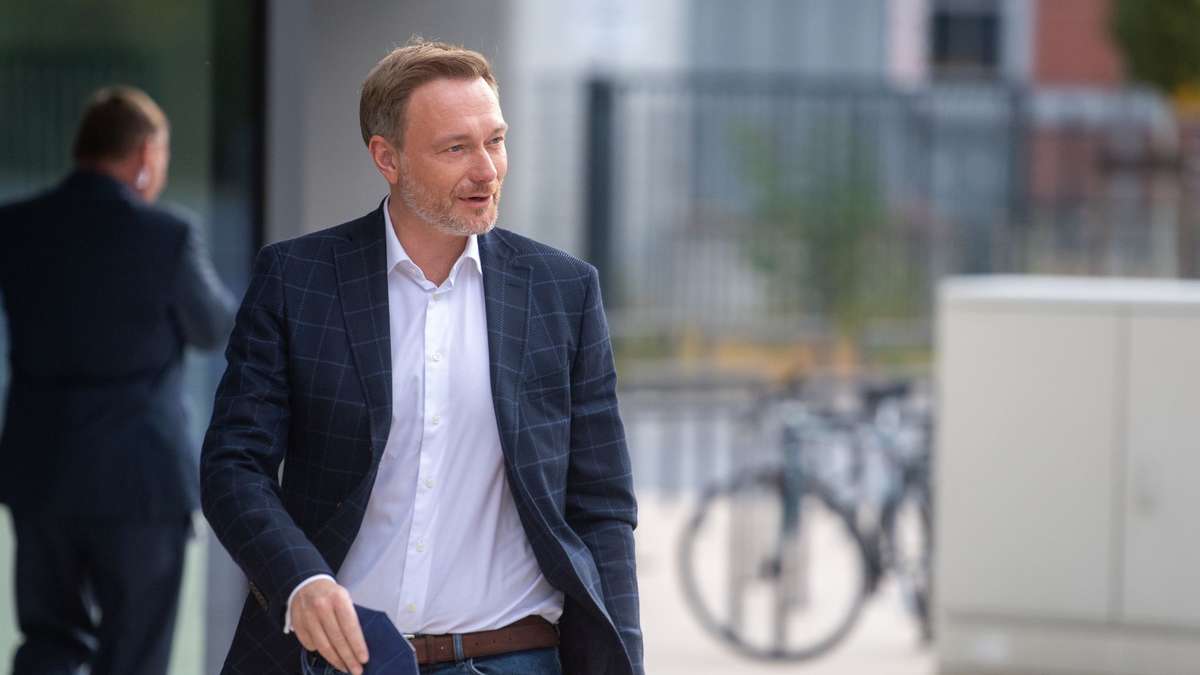 Cannabis legalization: this is what Lindner's FDP plan for sale would look like

Cannabis legalization: this is what Lindner's FDP plan for sale would look like