The new variant virus Omicron is coming violently, bringing instability to the epidemic. Earlier, British Airways crew members were diagnosed after arriving in Hong Kong. On Thursday (2nd), the government changed 9 countries to designated areas in Group A. 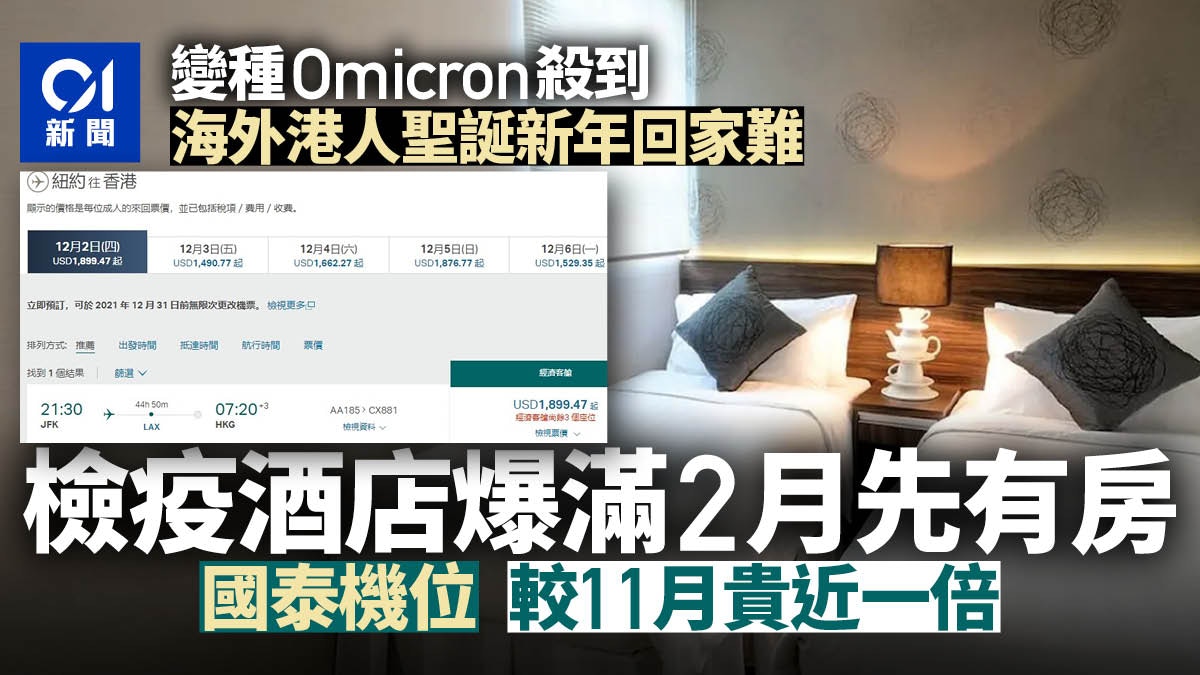 The new variant virus Omicron is coming violently, bringing instability to the epidemic.

Earlier, British Airways crew members were diagnosed after arriving in Hong Kong. The government changed 9 countries to designated areas in Group A on Thursday (2nd). ".

However, it is the time to return to Hong Kong during Christmas and New Years. In case of emergencies, it is difficult for overseas Hong Kong residents to temporarily change their air tickets or extend the number of hotel room days.

In fact, the quarantine hotel rooms in Hong Kong in December and January were all full, and overseas Hong Kong residents would not be able to check in until February next year at the earliest, but there were "very few hotel rooms left" in February.

As for the direct flights from New York back to Hong Kong, the tickets have also been sold out, and only one or two connecting flights are left.

Some people from the United States and Hong Kong revealed that the air ticket price was about US$800 (about HK$6,233) in early November.

If you compare today's prices, the price of air tickets will increase by at least about 5,400 yuan a month apart, which is nearly doubled.

With Christmas and New Year approaching, people in overseas Hong Kong are eager to return home and eager to be reunited with their families.

The government also listed 9 countries as the Group A designated areas with the most stringent quarantine requirements on Monday. Hong Kong residents arriving in Hong Kong from the local area must undergo a 21-day quarantine, which means 7 days of "quarantine surveillance".

However, there is currently a shortage of quarantine hotel rooms. In the event of the above-mentioned emergencies, it is difficult for overseas Hong Kong residents to temporarily change air tickets, or extend the number of hotel room days, or set off a new round of panic buying of air tickets and hotel rooms.

In fact, Trip.com, which cooperates with 27 quarantine hotels in Hong Kong to provide reservation services, said that the number of visitors to the website of the quarantined hotel on November 30 increased by 170% compared to November 29.

On November 30, it set the highest number of reservations for quarantined hotels in November, which means that the number of bookings has risen sharply in recent days.

The hotel rooms are full in December and January, and there are only a few rooms left in February when the supply is tight

Checking Trip.com's quarantine hotel reservations, the hotel rooms were full in December and January, and the fastest check-in date for citizens is February 9 next year.

The webpage also showed that during the sixth round of hotel quarantine, from December 1, 2021 to February 28, 2022, only 7 hotels still have rooms available for reservation, and all of them have several hotel rooms, and the supply is very tight.

Even high-end hotels such as the Hong Kong Landmark Mandarin Oriental Hotel (RMB 3,630 per night) do not have room reservations.

The reporter randomly called the lower-grade bridal tea house hotel, and the staff said that the quarantine room would be available in February at the earliest.

The cheapest flight ticket from New York to Hong Kong without direct flights asks for HK$9,000

As for air tickets, the same situation occurs. If you take the flight from New York to Hong Kong in December as an example, you can use a travel search website to find out that all direct flights are sold out. Only one or two connecting flights are left. The cheapest price is about HK$9,000. , The voyage and transfer will take more than 30 hours.

On the contrary, there are direct flights from Hong Kong to New York, and all signs indicate that the supply of return air tickets is tight.

Hong Kong residents in the United States: You can save 5400 yuan if you buy a ticket early

In fact, some readers of "Hong Kong 01" who work in the United States will return to Hong Kong from New York this Saturday.

Readers said that in order to avoid the dilemma of hard-to-find tickets, air tickets and quarantine hotels were booked as early as early November at a price of about US$800 (about 6,233 Hong Kong dollars).

If you compare today's prices, the price of air tickets will increase by at least about 5,400 yuan a month apart, which is nearly doubled.

Readers also revealed that a local friend booked a return ticket to Hong Kong and was asked by the airline to change other dates. "People who fly after a few days will have to change back to my flight. The airline has two options, one of which is changed. On the 4th, the first series will be changed to the 11th (US time).” Readers said that they have called the airline for inquiries and can confirm that the flight will not be changed except for inclement weather.

When asked if they are worried about the outbreak of the epidemic, the flight will be cancelled suddenly, the reader responded that "you can order? I booked the hotel, I hope it's okay." 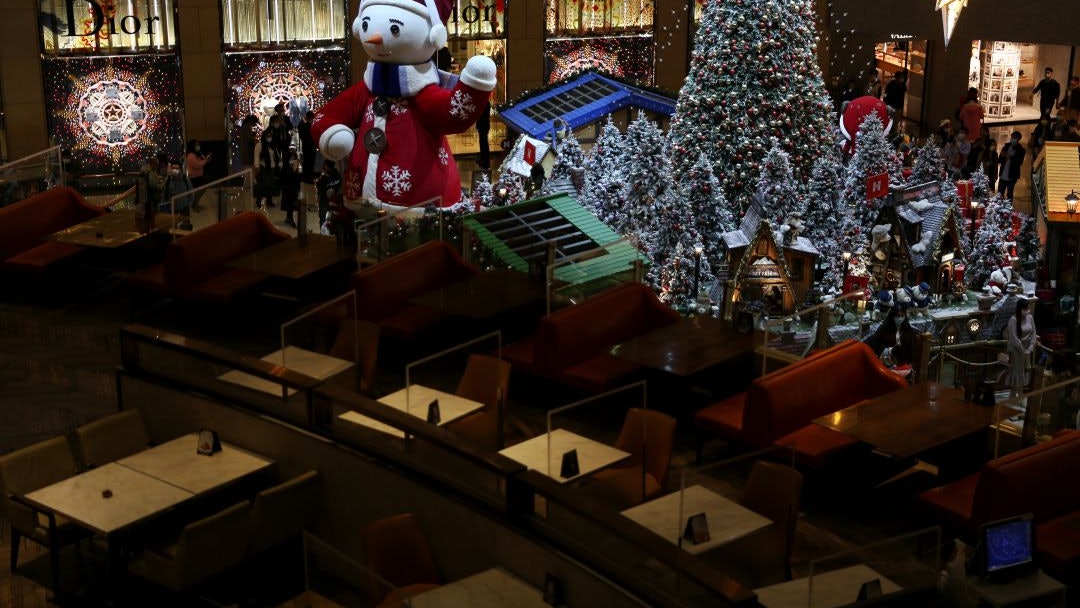 MTR Christmas does not provide overnight buses on New Year’s Eve and the last bus will be postponed for 1 hour on weekends and on holidays. 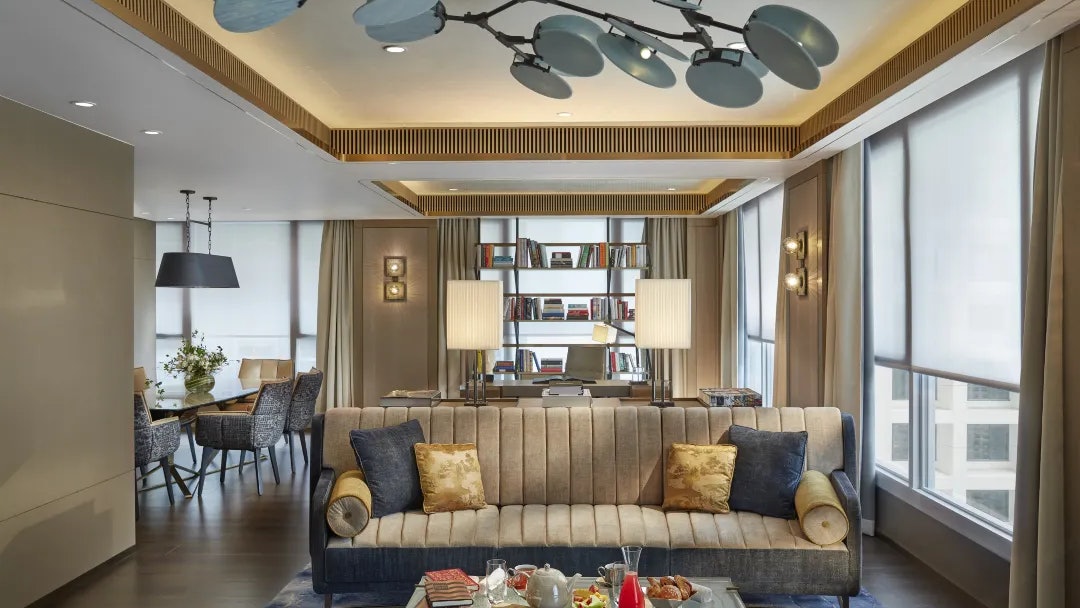 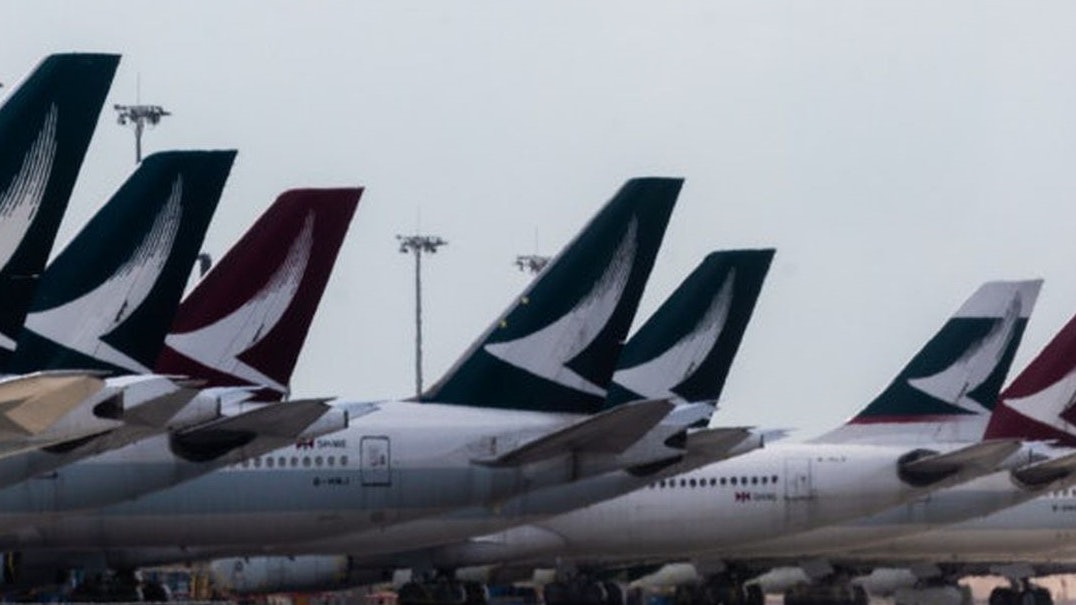 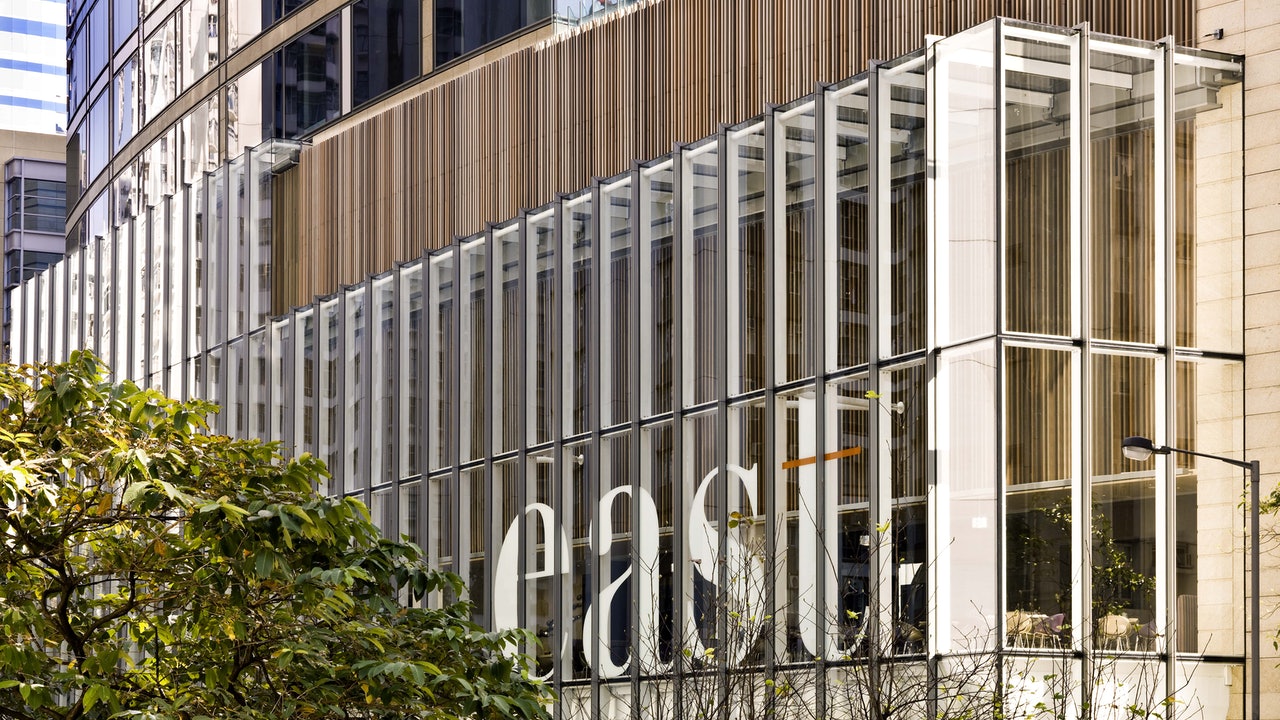 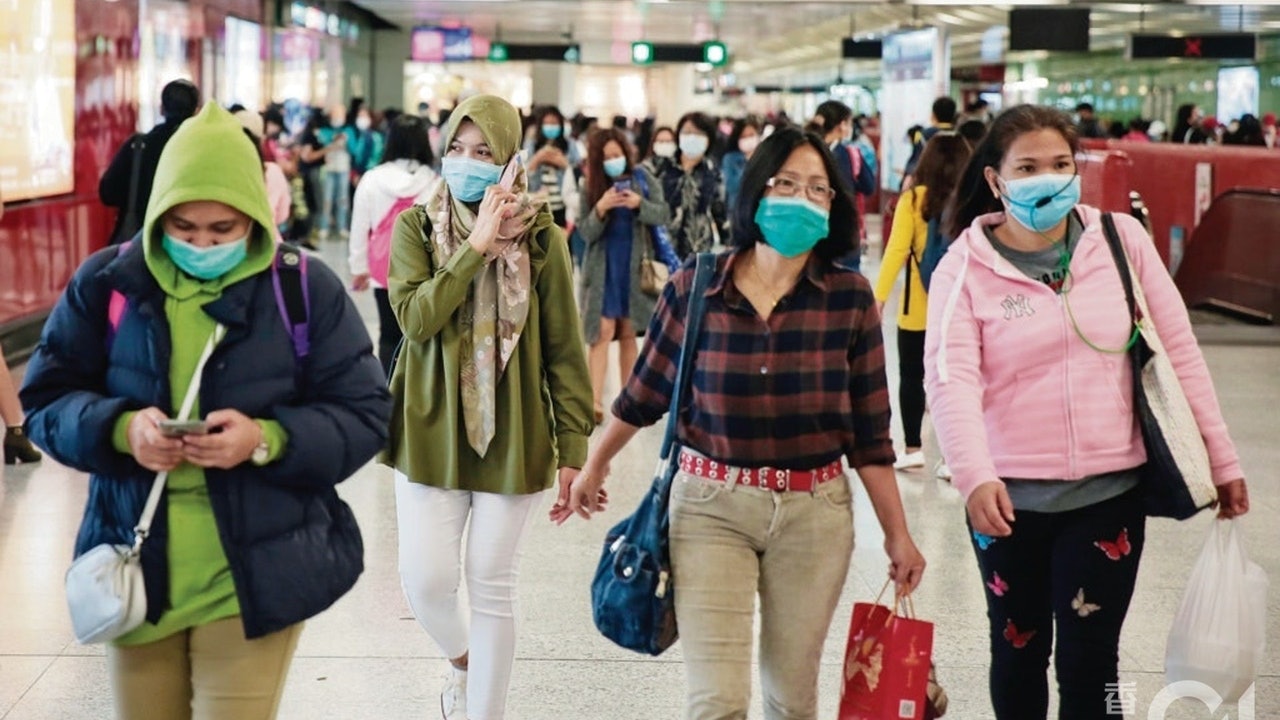 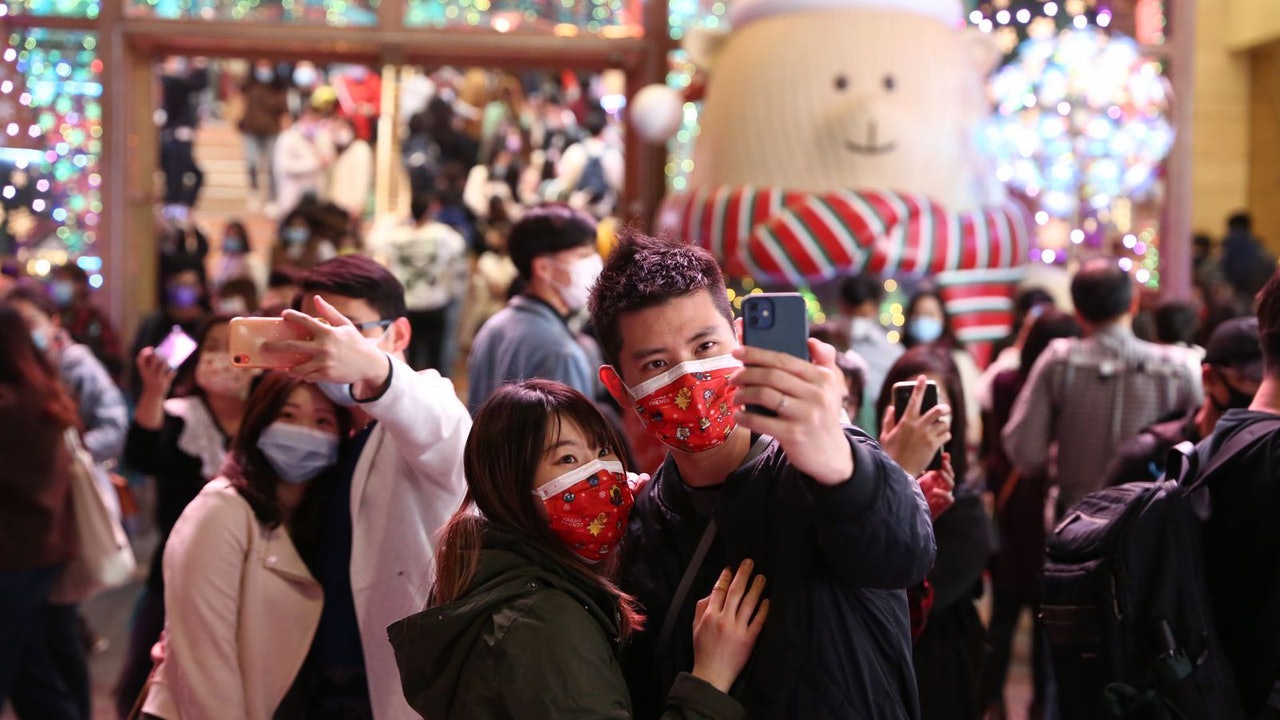 The monsoon will come to a significant cooler tomorrow morning. The Observatory expects that the temperature will rise at the beginning of Christmas but there will be rain. Citizens tortured Luo Zhiguang for grabbing Penny's Bay quota for foreign domestic helpers: Imagining that he would have nightmares

Speaker: MV Werften want to file for bankruptcy on Monday

According to BILD newspaper report: Whirlwind about alleged ski chaos in Garmisch-Partenkirchen
2022-01-10T16:52:15.076Z