The monsters of the Tour de France on the Olympic road

Van Aert and Pogacar are the toughest rivals on Mount Fuji for Valverde The Tour men are in Japan, another hotel and another continent, but the same story. Professional road cycling always feels like a forceful guest at the Games, which are always far from the Olympic Village, no parade in the stadium, no flags. An uncomfortable insertion between really important competitions, Tour, San Sebastián ... Teams of five, at most, a peloton of 130 with many very low-level cy 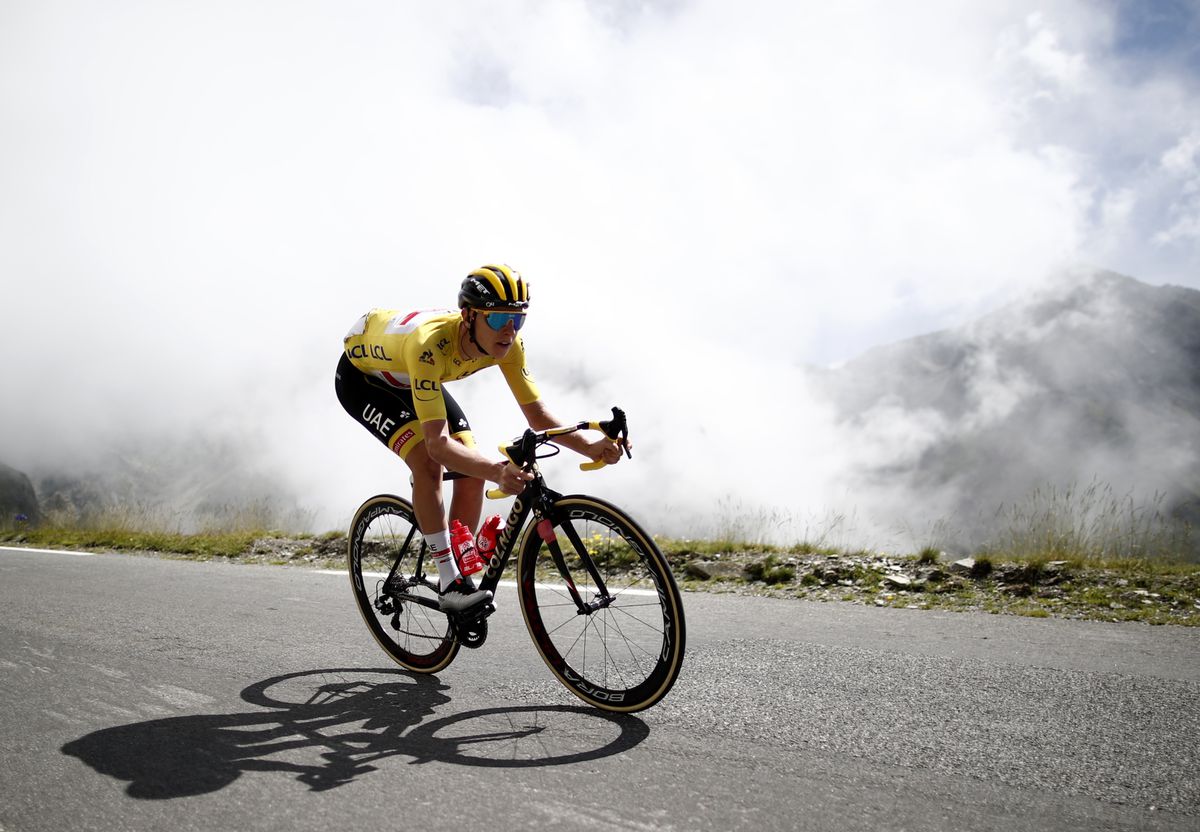 The Tour men are in Japan, another hotel and another continent, but the same story. Professional road cycling always feels like a forceful guest at the Games, which are always far from the Olympic Village, no parade in the stadium, no flags. An uncomfortable insertion between really important competitions, Tour, San Sebastián ... Teams of five, at most, a peloton of 130 with many very low-level cyclists and a single illusion, that an Olympic medal will make them even more heroes in their towns and allow them extend their contracts for a few more years. The Olympic cross-country road test: 234 kilometers from Musashinonomori, on the outskirts of Tokyo, to the Fuji circuit, a six-hour race that will be seen in Spain between 4:00 and 10:00 a.m. on Saturday (TDP and Eurosport) .

The record since, in Atlanta 96, the International Olympic Committee (IOC) admitted professionals, it cannot be said that it is a broth with the crème de la crème: Pascal Richard, Jan Ullrich, Paolo Bettini, Samuel Sánchez, Alexander Vinokúrov, Greg van Avermaet ...

"We are all teams in two hotels in Shuzuoka, 100 kilometers from Tokyo, and the atmosphere is like any other race," says Pascual Momparler, coach of the Spanish team, which has Alejandro Valverde (41 years, fifth Games) as a charismatic leader, which was said before, and with the Izagirre brothers, Ion and Gorka, Omar Fraile and Jesús Herrada, as devout coéquipiers, ready to catch the flame of responsibility if the need arises.

"We share accommodation with Belgium and Slovenia, so everyone knows that the medals will come from here, hehe", says the coach.

For three of them, perhaps those called to have an Eddy Merckx track record —Van Aert, Evenepoel and Pogacar—, an Olympic gold will be a medal of distinction against Cannibal, who finished 12th, at age 19, in Tokyo 64, the only Games in which he was able to participate as he turned professional two years later.

With the gold of Tokyo around his neck, Van Aert, from Herenthals, the people of Emperor Rick Van Looy, who with Roger de Vlaeminck and Merckx form the Gotha trio of Monuments (only the three have won all five), or the boy prodigy Remco Evenepoel will be able to tell his grandchildren that between him and Merckx they have won everything.

And the same is Tadej Pogacar.

Something like the detail that distinguishes Rafa Nadal from Roger Federer and Djokovic: Australia, Roland Garros, Wimbledon and the US Open, the big four, plus the fifth, the individual Olympic gold.

In front of the greats of the Tour, in front of Van Aert, the total cyclist who wins at Ventoux, on the Champs-Elysées and against the clock, in front of Pogacar, two Tours and a monument to the 22 years, to which he never refers for his names, Valverde does not speak of offense but of resistance, of a race of attrition. "It is the toughest circuit since Beijing 2008. No attacks will be necessary," says Valverde, who has never been comfortable at the Games but to which the Japanese heat, and its humidity, has returned, at least, a little of the desire to run that the freezing Alps of the Tour de France took away from him, and the freezing attacks of Pogacar. And the Murcian already knows how the colossus child spends them in the classics. Three months ago, in Liege, it was Valverde who launched the Dean's sprint on the docks of the Walloon capital,and the Slovenian overcame Alaphilippe's rainbow in extraordinary and intelligent acceleration.

The French winner of the last World Cup will not be in Imola, also in a Formula 1 circuit, who has preferred to spend more time with his almost newborn Nino than fighting in Japan, where he would be as favorite as another of the absent ones, the grandson Mathieu van der Poel, who prefers to fight Britain's Tom Pidcock for the mountain bike gold on Monday.

"We arrived with the team and the spirit of Innsbruck," says Momparler, recalling how Valverde won the World Cup in the Austrian city in 2018. "A well-rounded and committed team."

“Each body is a world”, Izagirre points out, almost cosmic, when asked how organisms will respond to heat (about 30 degrees), humidity (70%), jet lag, the short adaptation time after the Tour (The Spanish arrived in Tokyo on Tuesday afternoon).

"But from the experience of other years, we know that the Tour leaves us in good shape."

It will be a small Innsbruck, perhaps, and a journey that, according to the official description, seems to begin with the Middle-earth of the hobbits. Picturesque streams, winding and narrow roads, populated forests, stone bridges and traditional villages, houses with infinite eaves roofs always looking for shade, before reaching the mystical lands of Mount Fuji, the volcano, the highest peak in Japan (3,776 meters) that the cyclists will climb to just over a third of their skirt (1,451 meters, the Fuji Sanroku pass). Finally, 17 kilometers after the hardest climb, a 6-kilometer pass at 11%, the Mikuni, which Ion Izagirre compares with a small Mortirolo, the cult of modernity and speed represented by the Formula 1 circuit of Fuji, a roller coaster, in which the goal is.

The monsters of the Tour de France on the Olympic road 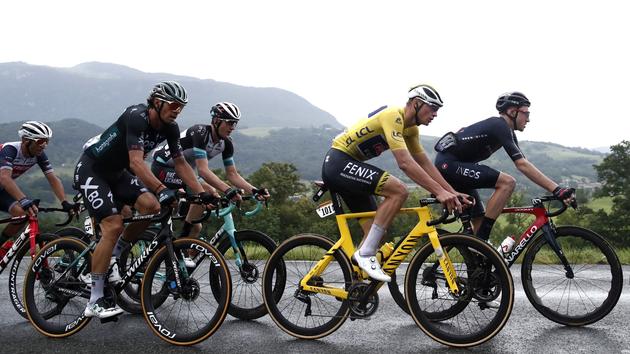 The Olympic puzzle for the riders of the Tour de France 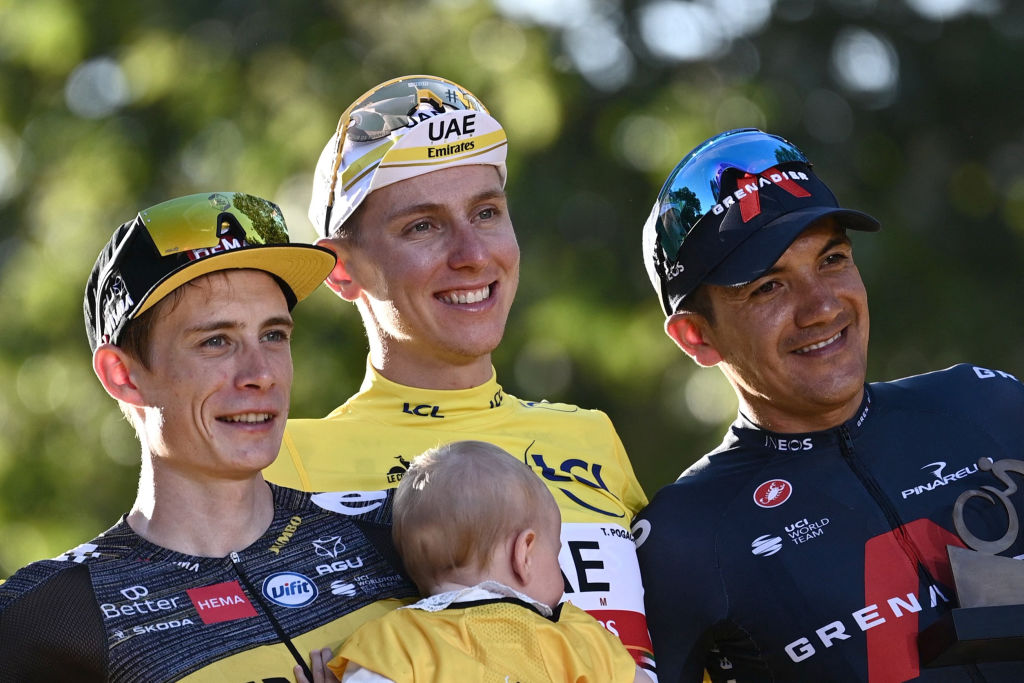 Olympic Games, cycling: A Dutch woman raises her arms to the sky, thinks she has won gold ... and is wrong 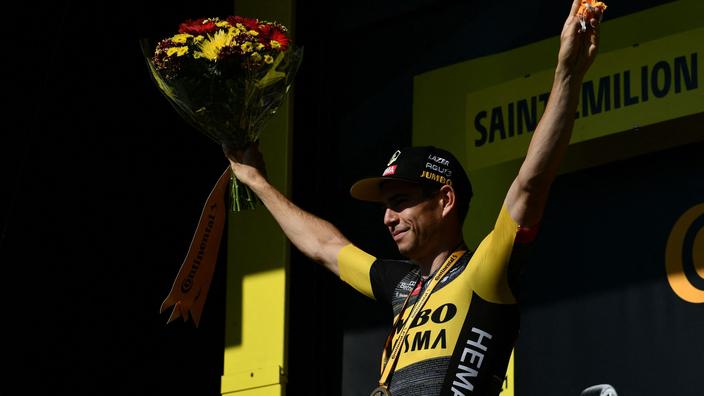 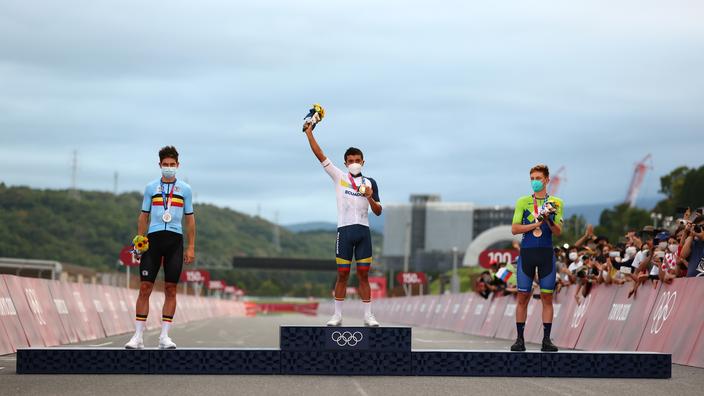