First publication: Bezalel Aloni, director of the late Ofra Haza, sent Likud a warning letter before claiming a "blatant violation of rights" in the use of his poem "Tefilah" at the Likud conference, ...

First publication: Bezalel Aloni, director of the late Ofra Haza, sent Likud a letter of warning before a lawsuit alleging a "blatant rights violation" in the use of his poem "Prayer" at the Likud conference without his consent, replacing some of the words with Bibi. It's insolence. Ofra was angry about that. I will need big compensation "

"Ofra Haza was angry with that in my opinion," says Walla! Bezalel Aloni rage culture, which for over 20 years served as composer, producer and director of the late Ofra Haza music legend. The reason for his anger is his claim of "blatant violation of copyright and moral rights" in the problematic use made by the Likud party in the classic Chaza singing, "prayer ", Questionnaires wrote and Henry Barter composed, at an election conference held Tuesday in Lod. The stage was brought to town by a girl who sang" Prayer "while changing one of the houses. The place of God in the original song was replaced by Likud members in the image of Netanyahu. Send a letter of warning to the Likud Attorney General and the Campaign Information Center Manager yesterday (Sunday) via ACUM Ge, which he claims copyright infringement and violation of moral rights using the song without his consent, against his wishes and displeasure. Aloni demands to stop publishing the song and reveals to Walla! A culture that is expecting "big compensation" from the Likud.

"The new lyrics to my song chilled me with anger. Incredible that they took a song I wrote about believing in God and turning it into a belief in Bibi. Have you gone crazy?" culture. "I felt very bad when I heard it. It's insolence. To change a song's text you have to ask permission from the creators, and ask no permission. It's a blatant violation of copyright and moral rights. I forwarded the data to ACUM and they sent a pre-Likud lawsuit."

"Ofra was upset about it, and I am sorry that this is happening at a time marking 20 to her death." Ofra Haza (Photo: Courtesy of Digital Education)

The new house words written at the Likud conference for the song "Prayer" sung by the girl to Netanyahu were: "He who fights a General Staff Patrol / He who lost a brother in battle / He who saved the economy / To be good here / He who turned around the world capitals / To bring security / He deserves Most of the victory. "The song drew negative reviews in the media and networks." Instead of Netanyahu, I was embarrassed by this status, "said, for example, Aviv Bushinsky, former Prime Minister Netanyahu's spokesman." Bushinsky is so right, "says Bezalel Aloni Lavala ".

"In my opinion, Ofra Haza would be angry about that," Aloni adds. "I wrote Oreza a poem about God because it was in God's section, and it is insulting how they changed it. When I was in the supermarket and when I filled up gas, people asked me - what, was your god replaced by a Balfour god? Does it use elections without asking permission, without asking It is a feeling of lawlessness. It hurts, listens, no matter what my political opinion. Even if another party did, I would be equally upset. It is happening to me during the period marking the 20th anniversary of Ofra's death. Ofra's first and greatest. The whole world sings it. We heard worshipers from a Reform synagogue in the United States sing it. Estate same person? It's not pretty. It's pretty much full. "

Here to White Blue: Remove the "Sorry for the question" video for a rights violation

"Incredible that they took a song I wrote about believing in God and turning it into a belief in Bibi." Bezalel Aloni (Photo: Eugenia Aloni)

The song "Prayer" is one of the greatest Israeli classics. It was released in July 1981, as a single from her second album, "Let's Talk," and was a huge success. It is interesting to note in this context that the composer of the song "Tefillah", Henry Barter, has over the years also been signed to compose music with quite a few election broadcasts in Israel. He composed, among other things, the "Only Likud Can" jingle in 1988, "Likud Is Right" in the 1992 election campaign where he worked with Meretz, and also composed music for Ehud Barak and Ariel Sharon's campaigns.

The next project by the creators of "This Is Me": a musical by Ofra Haza - Walla! culture

Legendary saxophonist Peter Wertheimer passed away at the age of 73 - Walla! culture 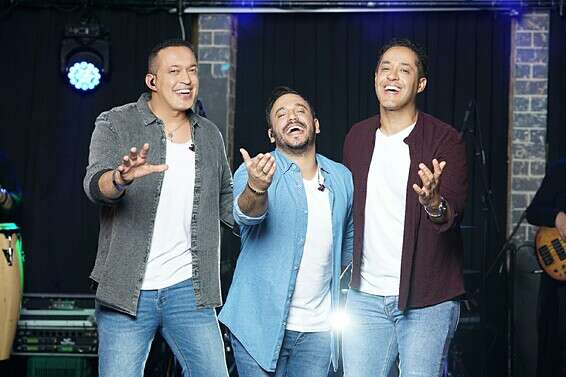 Netanyahu: I asked Nir Barkat to be the appointed finance minister in the next Likud government - Walla! 2020 elections