"As a child, my father beat me, cursed and humiliated me. He called me a filth. A routine of sadistic abuse," Galia Oz writes of her father Amos Oz in her autobiographical book "A thing disguised as love."

Amos Oz's daughter in a new book about her father: "Beat me and humiliate. It was a sadistic abuse"

The author Galia Oz, the daughter of the late author, publishes an autobiographical book about her childhood and her relationship with her father, and claims for the first time in the book that her father treated her with physical and verbal violence.

"As a child, my father beat me, cursed and humiliated me. He called me filth. A routine of sadistic abuse."

The writer and director Galia Oz, the daughter of the writer Amos Oz, is today (Sunday) publishing an autobiographical book about her childhood and her relationship with her father, "A thing disguised as love" is his name (Kinneret Zmora Dvir).

She claims for the first time in the book that her father treated her physically and verbally - beating her, humiliating her and mentally abusing her.

Daughter Oz writes in the opening paragraph of the book: "As a child my father beat me, cursed and humiliated him. The violence was creative: he dragged me out of the house and threw me on the doorstep outside. He called me filthy. "Sadistic. My crime was myself, so the punishment had no end. He needed to make sure I broke."

"This book is about me," Oz writes, "but I'm not alone. Houses like the house where I grew up are somehow floating in space, out of reach of social workers, out of reach of revolutions like Mi Tu, without leaving a mark on social media. "They wisely encrypt their secrets like criminal organizations. To write about it I have no choice but to overcome the silence and secrecy, the habit of keeping everything in my stomach and the fear of what they will say. I do not really overcome, of course. But I write."

Nadav Abacis returns to the stage tonight: "It's as if I was awakened from a dream that lasted a year"

Oz is the daughter of Nili and Amos Oz, who died of cancer in December 2018. There was a two-year break between her and her father.

The book publisher states that the book "Something Disguised as Love" will deal with Oz's life but also constitutes a "unique document on the dynamics of tyranny within the family, beginning with physical and verbal violence, ending with threatening harassment and deliberate spread of false slander, ... ) The insights offered by Galia Oz are based on personal experience and research, and are rooted in rich academic and poetic ground. Despite everything, there is no anger or despair in them. 'Something that disguises itself as love' is a 'pocket guide for abusers', To the shadows in human life and to a reality in which the home is not always a safe place. "

Oz is the bride of the work award, the Deborah Omer award and the notebook decoration.

Galia Oz's books have been published in the United States, France, Spain and Brazil.

The book "I'm Mikey" and the five books "Shakshuka" have been adapted for a play at the Orna Porat Theater and for a TV series, which is currently airing here 11.

Amos Oz's daughter responds to her sister: "Her claims are known. Apparently these are parallel universes" - Walla! culture 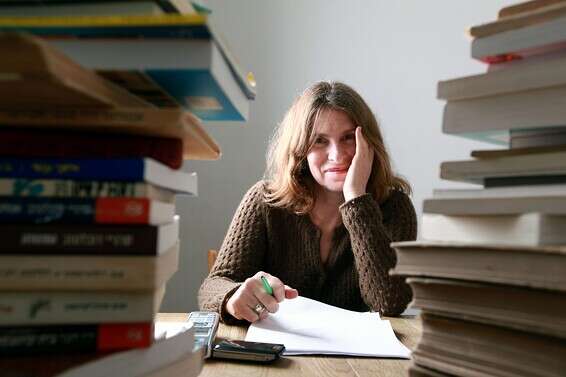 Galia Oz writes in the first person about the scars from her father. The result is painful to read - Walla! culture 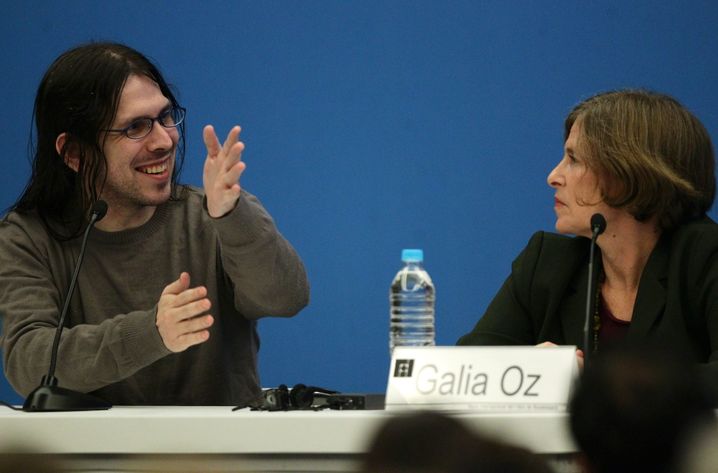 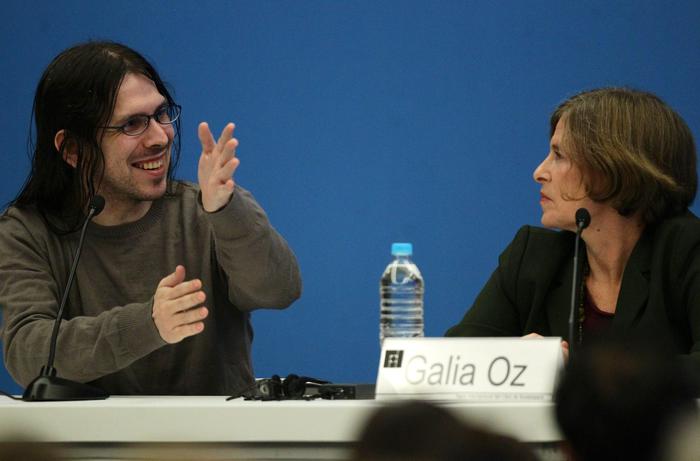 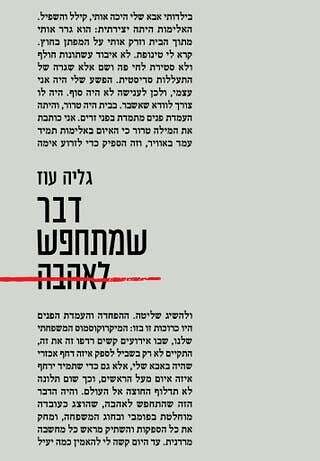