Electric car pioneer: Just putting the electric car in the dealership is not enough

As a young woman, Chelsea Sexton fought at General Motors for the EV1 electric car - until the US company took it off the streets under mysterious circumstances. What does she think of the group's plan to get rid of gasoline and diesel engines? 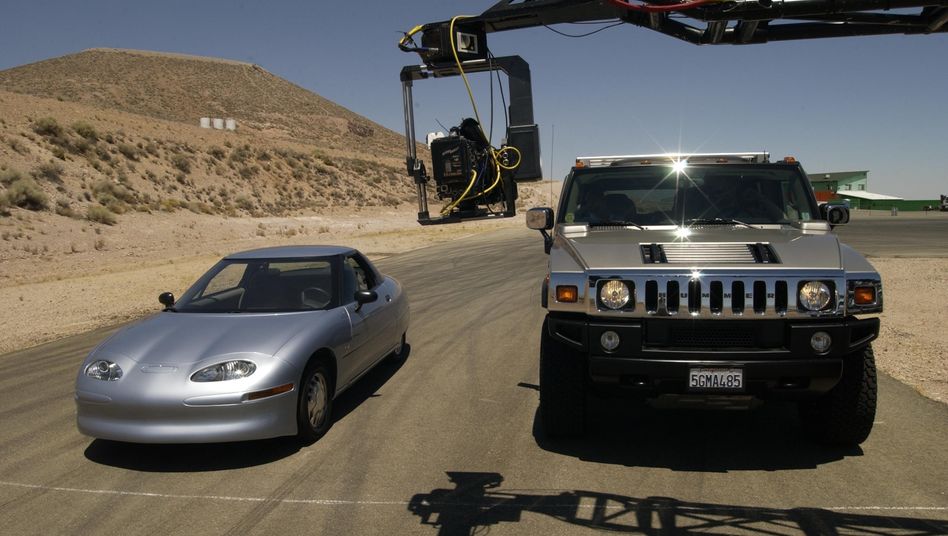 Back to the future: After the failed EV1 (on the left when the film "Who killed the electric car?" Off-road vehicle Hummer (on the right a contemporary version)

How credible do you find this move by the group?

The announcement is a promising target, but we'll have to wait and see what they actually do.

The first models, such as the Hummer-EV, are relatively expensive and built in small numbers.

Only when there are cheaper models in greater numbers will we be able to see GM's real intentions.

Most of these announcements by the established automakers are marked with an invisible asterisk.

What do you mean by asterisk?

Many companies now want to switch to electric drives, and I even believe them.

But if the legislation were to change and the manufacturers no longer forced to rely on battery cars, they would almost certainly not have a problem.

So far, PR has outweighed the actual change, this applies to GM and the competition alike.

The last 25 years of model policy and crumpled programs such as the EV1 ...

… a really groundbreaking electric car project by General Motors from 1996, but which was never sold.

The much-vaunted Chevrolet Volt, which was sold in Germany as the Opel Ampera, ultimately failed.

Have the company and its competitors learned something new?

That has to be shown primarily by how much the company as a whole is changing, not just the model policy.

Not only the model range has to change: GM boss Mary Barra in front of the Cadillac Lyriq

You can't just put an electric car in the dealership and think that the rest will take care of itself.

You have to train salespeople and customers, change marketing and set up charging stations yourself.

So far, all automakers have struggled with this, even if GM tried to start with the Volt.

Everything we learned back then with the EV1 has since been ignored.

The EV1 has cult status; GM was avant-garde with it back then - before Tesla.

What role does the history of this car play for GM today?

GM is still reluctant to talk about the EV1.

It's a shame, the car was a technological milestone for which the company deserves recognition.

For example, it was the first car that could recover braking energy.

Not to appreciate that is a shame for the developers, but somehow also understandable.

GM looks like the corporation that made the possible impossible, while Tesla made the seemingly impossible possible?

The company is so dismissive of the EV1 because you don't want to be reminded of something that you did wrong.

And people would then remind GM that this car was left to die carelessly.

Tesla has learned from the EV1, from the drivers' passion for this car, from its cult status.

The EV1 was also a West Coast phenomenon: it was created by California's air pollution control policy, praised by Hollywood stars like Danny DeVito and ecologically-minded drivers.

Traditionally, they are more often found in California, and the distances there tend to be shorter than in other parts of the country.

Are the huge and sometimes sparsely populated USA even suitable for e-cars?

The daily distances traveled are also relatively uniform from state to state.

Electric cars are doing well so far along the west and east coasts and parts of Texas and Georgia.

In contrast, it is more difficult for them in the sparsely populated states.

The most important electric cars in 2021

With the Tesla Model 3, Nissan Leaf or Chevrolet Bolt, there is a decent selection.

The geographical distribution is a problem.

In regions that are supplied, people also tend to buy electric cars.

But it is also not enough that e-cars are standing around at the dealerships.

They will not be sold if the sellers themselves have no experience with e-cars.

You have to know the cars.

You can invest billions in cars and advertising, but in the end everything is in vain if the seller recommends the SUV with a gasoline engine.

But that's why you also need electric pick-ups and SUVs.

As you can see, we have to tweak various levers if we want to solve the problem.

But there are hardly any charging stations in states like Wyoming or Arkansas, and that will certainly not promote success there.

In the middle of the country, the infrastructure is thin, that's true.

But the main routes between west and east, north and south are now electrified.

At the same time, further routes with charging stations are developing around major cities, for example between Los Angeles and San Francisco or Las Vegas.

The plans of the Biden government will hopefully accelerate the expansion.

And for most, home charging remains the most important thing, and that's not a problem.

Despite the outdated US power grid?

If every car in the US were to be electric tomorrow, we could charge the majority of this fleet.

But I don't have a magic wand to make that happen so quickly.

So there is enough time to modernize the network during the ramp-up.

The power supply is not the main problem.

In the case of air conditioning systems and plasma televisions, no one worried whether the network would collapse as a result, and no one blamed these devices for the network's load.

The power grid is a bad excuse not to rely on electric cars.

There is a constant debate in Germany as to whether e-cars are really more environmentally friendly.

What role does that play in the USA?

Outside of certain anti-electric car groups on Facebook, this question comes up less and less.

Firstly because people are less interested in the question itself and we have plenty of evidence that electric cars are better.

What is more interesting for me is how much criticism of plug-in hybrids is in Europe.

I fear that this technology is too quickly discarded.

That says more about the validity of the test cycles, which do not reflect actual use.

There is this discussion here as well.

The answer is not to ban plug-in hybrids per se, but to demand better ones.

In the USA, the carbon footprint of a plug-in hybrid with an electric range of almost 100 kilometers is pretty much the same as that of a battery car with a range of 480 kilometers.

If you make sure that the car is charged very often, a plug-in hybrid in the USA drives 80 percent of its annual mileage on electricity.

Plug-in hybrids can be a useful addition to battery cars and make the transition easier in rural regions.

Couldn't battery cars also turn out to be a transition phenomenon to hydrogen?

Hydrogen is experiencing a renaissance in PR and may make sense in certain cases in the future.

Still, I don't see the technology in normal cars.

Hydrogen is expensive, and the hydrogen filling stations here in California are very unreliable.

In summer, the compressors cannot stand the heat and the gas stations have to close.

In addition, electricity is more familiar, cheaper and easier to get.

A turnaround is imminent, and not just in drive systems. In Pete Buttigieg, the US has an unusually prominent transport minister.

What can he do?

key is whether he manages to bring together the many different interests, but the plan recently presented by President Biden already shows that he is influential.

However, Congress plays an extremely important role in transport policy, along with lobbyists and state views.

Does it help that a minister from the country's Midwest is responsible for this upheaval?

It's not critical, but it doesn't hurt.

The middle of the country doesn't have the feeling of being forgotten.

Nobody should be forgotten. Electric cars in Ile-de-France: "even used cars, it's above my budget" 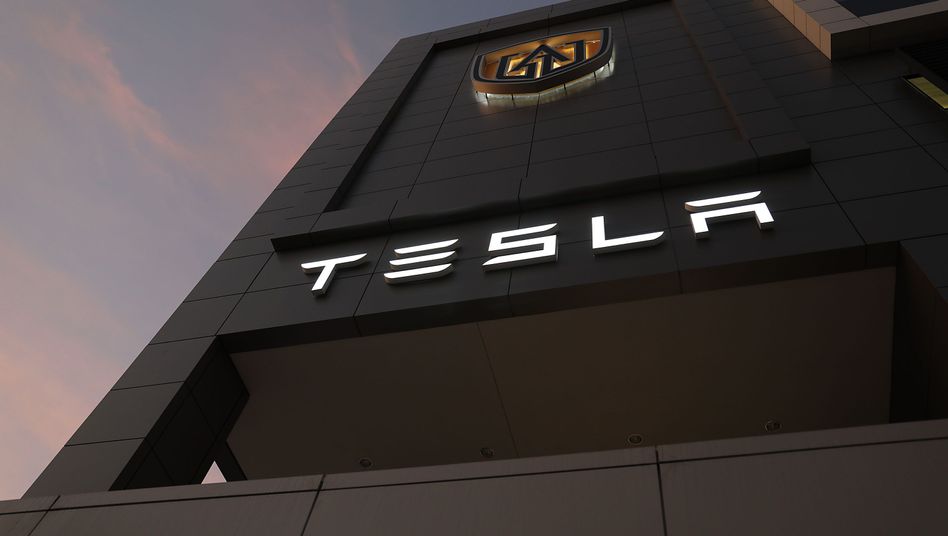