Wild and indomitable in form, performing and eco-sustainable in substance. (HANDLE) 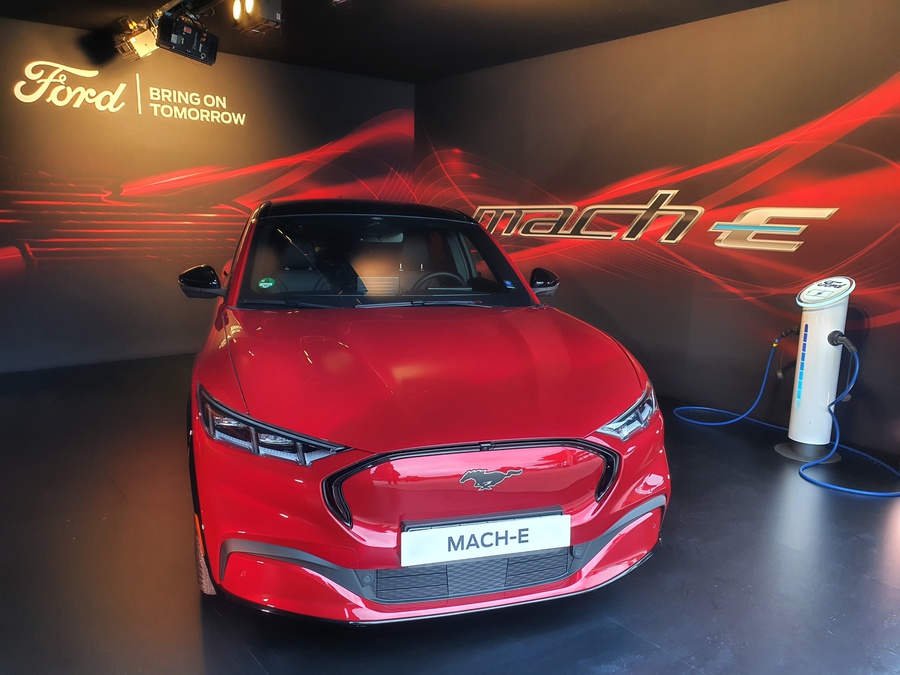 Wild and indomitable in form, performing and eco-sustainable in substance.

When in November 2019 Ford lifted the veil on what was to be the manifesto of the new electric age, the amazement of the public and fans of the iconic Mustang 'family' was not long in coming.

Above all because, for the preview debut (it was November 2019), the Dearborn house chose a completely new location: a hangar of the small Hawthorne airport in Los Angeles a few steps from the headquarters of Space X, the aerospace company of entrepreneur-guru Elon Musk, who in those days was making his debut at the overseas car show with Cybertruck.

Right from the start, the goal was ambitious but within the reach of a brand like Ford: to drive the electric turning point with an iconic car of style and design (ten million units sold in over half a century of history), the Mustang Mach E. A name that is all a program in the sports world of muscle cars but which now takes on a different connotation: the powerful petrol engines give way to an efficient electric propulsion, abandoning the typical sound of Mustangs (it is possible to reproduce it digitally), Lo sporty car style is translated onto a car the size of a crossover, all without sacrificing the stylistic features and dynamic qualities that have made the sports brand successful since 1964.

It had to tread the streets around the world at the end of last year then, due to the pandemic, it was all postponed to the first half of this year.

The new Ford, available with two levels of battery capacity (standard range from 75.5 kWh and extended range from 98.7 kWh) has, depending on whether you choose rear-wheel drive (in full Mustang style) or AWD, of powers between 269 and 351 hp (torque from 430 Nm, or 580 Nm for the AWD).

The autonomy, again based on the choice of the version, goes from the 400 km declared by the house up to 610 km (of the extended range version with rear wheel drive).

In the all-wheel-drive Mustang Mach E, a new all-wheel drive system distributes torque independently to each axle, to offer uncompromising acceleration and better handling than the rear-wheel drive model.

The fourth generation SYNC (4A) makes its debut on board, which is combined with a 15.5-inch screen that eliminates the classic menus, making access to the various functions more intuitive and immediate through the touch and pinch & swipe controls.

4.71 meters long and 1.88 meters wide (1.59 meters high), the Mustang Mach E is instantly recognizable like any Mustang, thanks to distinctive elements including the long hood, low rear design, aggressive headlights and tri taillights. -bar and the front 'muzzle' typically 'Untamed'.

Under the hood, Mustang Mach E holds a surprise for those who use the car for long journeys: a front storage compartment, with 100 liters of stowage space, large enough to hold the equivalent of a carry-on bag.

Because it is drainable, it is convenient for storing wet or muddy sportswear, hiking boots or beach gear.

In addition to the front trunk, the rear trunk offers 402 liters of space.

With the rear seats folded down, the load capacity reaches 1,420 liters: more than enough space for luggage, camping gear or whatever else you want to carry.

Inside, the choice of materials used is accurate as well as that relating to the technologies that are absolutely premium thanks to the equipment that includes the audio system signed B&O.

The fixed panoramic glass roof has a special coating with protection from ultraviolet rays and allows for a feeling of greater breadth.

Finally, a 'gem': getting on board is even easier thanks to the Phone as a Key technology, which allows you to open and start driving without taking your mobile phone out of your pockets or using a key (you can also enter the encrypted combination directly on the door of the vehicle. 'car).

The handles disappear: a button now appears on the doors (flanked by an opening hook).

There are three driving modes available, including Untamed, to take advantage of the maximum power of the motors: it is finally possible to choose the one pedal driving mode, to accelerate and brake with a single pedal. Mustang Mach E, the first Ford that can be purchased exclusively online through a dedicated platform, is built in Mexico for the overseas market and for Europe: prices start from 49,900 euros up to around 70 thousand (it is possible to choose the optional Technology pack or Technology pack +). 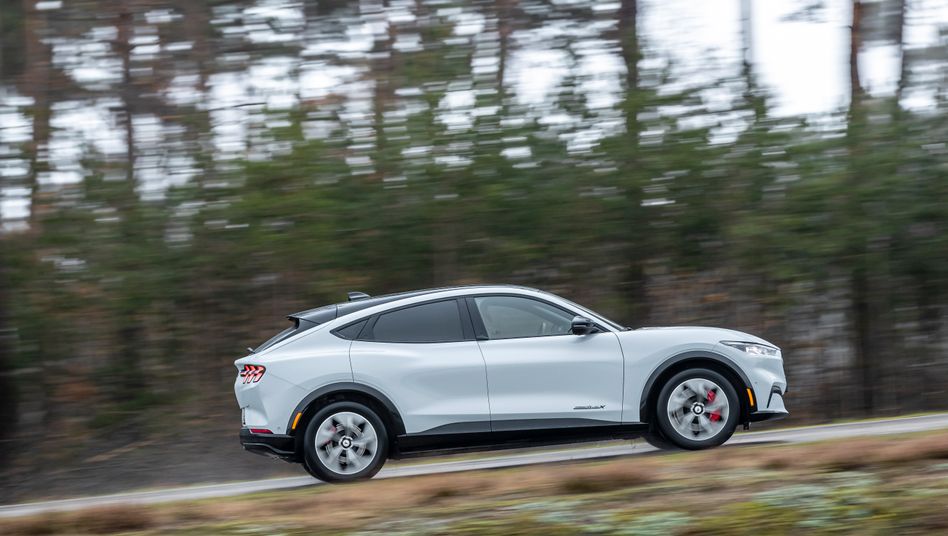 Ford Mustang Mach-E in the test: the SUV that was once a wild horse 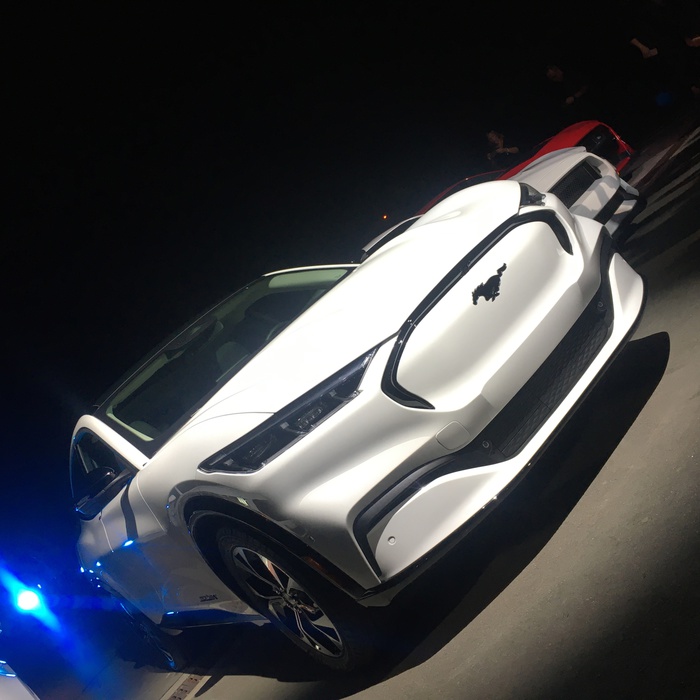 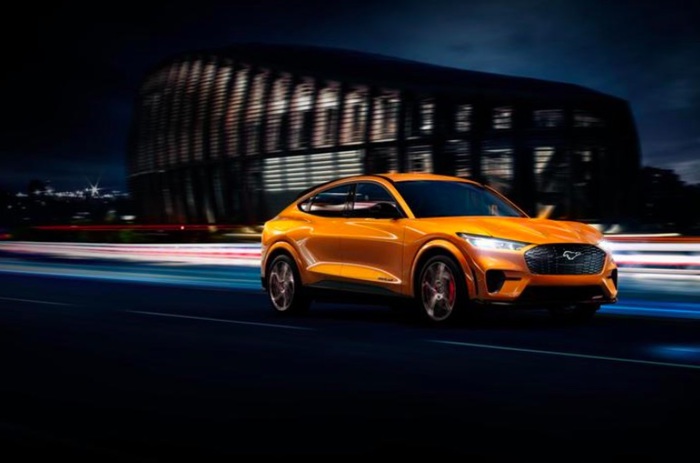 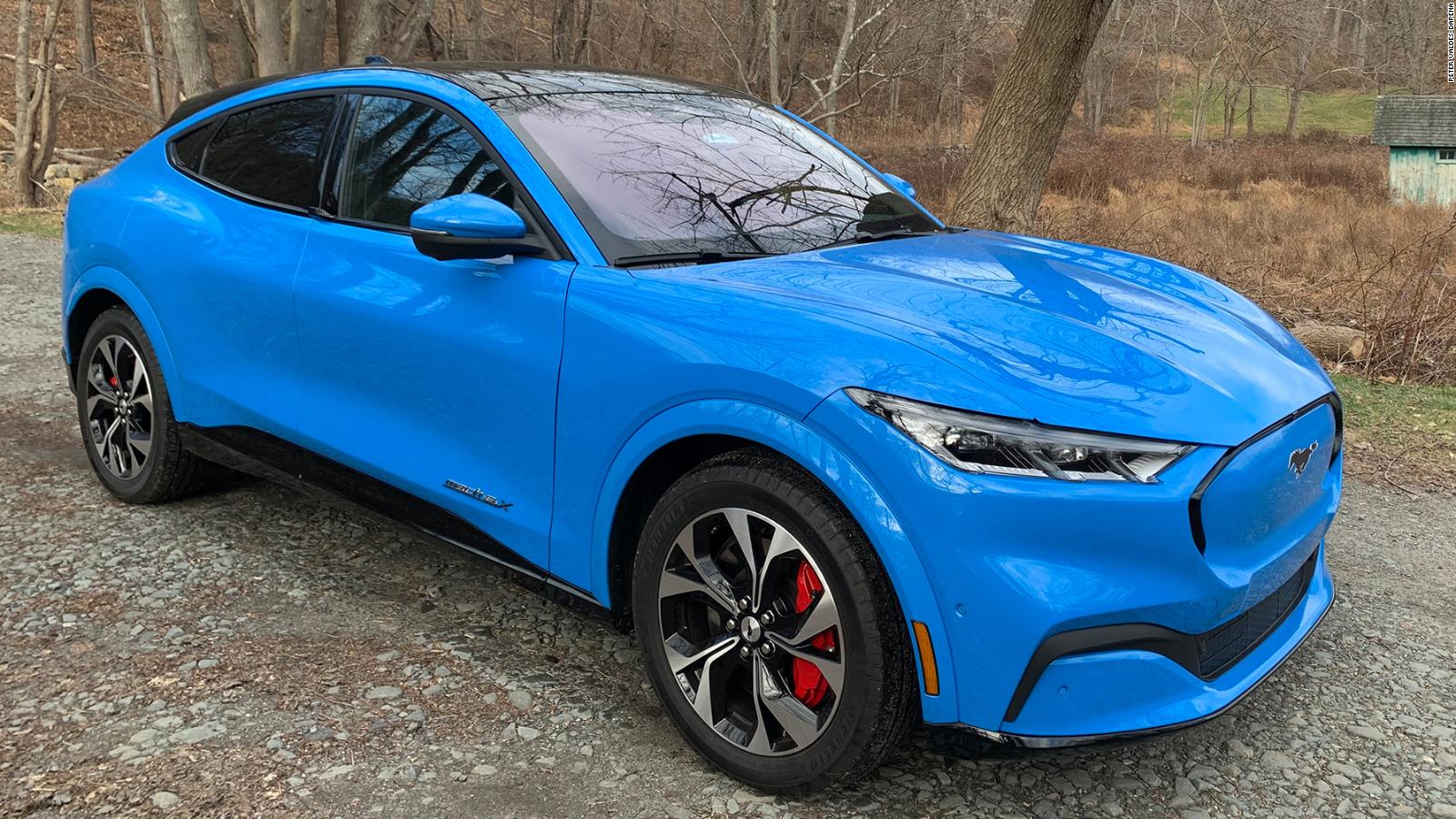 This is the off-road truck of the year 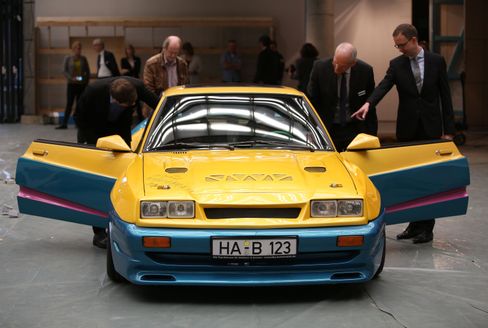 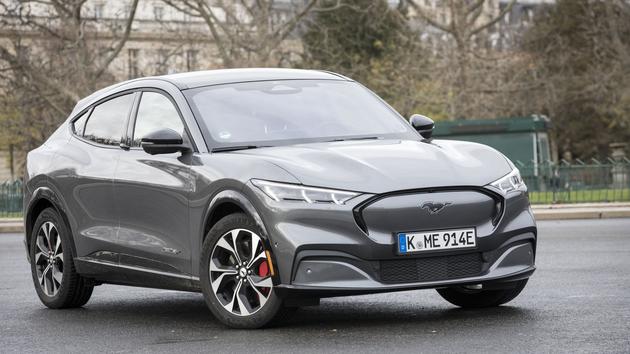 A too clean Mustang on it