Gilbert Cardoso, 60, is appearing from this Monday before the Assize Court of Hérault for sexual abuse of six minors including his

It is an inconceivable case of incest that examines from this Monday the Assize Court of Montpellier (Hérault).

Almost a quarter of a century of abuse committed in a stifling family lockdown, shaped and ruled by an all-powerful patriarch, obsessed with the procreation of children on whom he imposed his impulses.

Gilbert Cardoso, 60, is on trial for rape and sexual assault on his daughter, son-in-law, daughter-in-law, two of the children he had with her and a neighbor who was then one year old .

A man with limited intellectual capacities, according to experts, who however managed to outsmart the vigilance of social services and justice by moving no less than twelve times in five different departments.

A wandering that ended on November 24, 2016 in Cazouls-lès-Béziers (Hérault), thanks to the rebellion of Sophie

(the names have been changed, the victims being minors at the time of the facts)

, her 18-year-old daughter who that day managed to escape after being kidnapped and beaten up by Gilbert Cardoso.

Warned, the gendarmes will end up questioning him, running in a field and yelling at the soldiers to shoot him.

An almost frenzied attitude: on the road, he had called them to threaten to commit suicide by rushing into a truck.

Her father in the hands of the gendarmes, Sophie will then reveal the sexual abuse suffered since her earliest childhood and describe a completely dysfunctional family unit, which has been under the radar for nearly 25 years.

You have to cross France to the Vosges and go back to 1992 to find traces of its foundations.

Gilbert Cardoso was then 31 when he moved in with his next-door neighbor, Dominique Bertin, already a mother of two children.

Fresh out of prison for indecent assault, Gilbert Cardoso was quick to attack Julien, then 14 years old.

Soon, it was Delphine, 8, who in turn suffered the assaults of her stepfather.

Very quickly, there is indeed a report of a maternal aunt to the police but the two children, manipulated by Gilbert Cardoso, are silent.

Dominique Bertin, for her part, takes the blows of her husband, who has become a domestic tyrant, and turns a blind eye to the rest.

From their union will be born Sophie, in 1998. But the couple does not manage to have another child ...

Two years later, Gilbert Cardoso therefore decides to swap the mother for the daughter, and becomes a couple with Delphine.

On the very day of her 16th birthday, she will tell, Gilbert Cardoso asks her to "go out with him" by threatening to reveal to her brother the nature of their relationship ... Ashamed, completely under the influence, she accepts and therefore replaces Dominique Bertin, his own mother, in the marital bed.

Which does not oppose more and continues to live under the same roof.

Sophie, for her part, must suddenly call her half-sister "mom" and her mother "granny"… A complete blurring of family references and a stale world in which the little girl will grow up, cut off from the outside world.

Social services will be worried that at four and a half, she is still out of school, but the matter will end there.

Sharp increase in rape and domestic violence in 2020

The years go by, the moves too, and Delphine gives birth to five children between 2001 and 2014. Despite their total absence of contraception - Gilbert Cardoso refuses to use a condom and considers that the pill is intended for "sluts" - the couple ends in spite of everything. by experiencing difficulty conceiving.

At the insistence of Gilbert Cardoso, several of these births will be obtained through in vitro fertilization (IVF).

During the investigation, Delphine will say in fact to have made several miscarriages because of the violence of her husband, and her feeling of having been reduced to a "machine to make children" by Gilbert Cardoso, who for his part, claims a "Right" to be a father.

Himself from a family of nine children, he would have repeated to his young wife that it was a "record to beat" for him and intended, at the time of his arrest, to procreate again.

In addition to her obsession with the lineage, the patriarch's sexual appetite did not seem to be able to be satisfied either ... Target in turn of sexual assault in her childhood, Sophie claims to have been raped three times at the age of 17, his father having introduced sleeping pills on his plate at supper.

The latter will push the vice, she will say, until he slips that he had possessed the day before "with a smile from ear to ear".

He will also coerce her into sexual acts against a promise not to hit her mother again, or to get a cell phone.

And will even talk to her about conceiving a child with her ...

It is therefore out of fear that Gilbert Cardoso will attack her half-brothers and sisters (Delphine's children) after her that Sophie decides, on November 24, 2016, to put an end to this family curse.

Placed since 2013 because of serious educational deficiencies, hygiene problems and school absenteeism, Sophie feared that they would return under the family roof: Gilbert Cardoso had indeed instructed them to run away from their host family and to make suicide attempts to convince the juvenile judge.

Sexuality "without inhibition" and "without limit"

Despite Sophie's courage, the investigation will reveal that her half-brother and half-sister had indeed suffered sexual assault before their placement, in addition to a neighbor, Gilbert Cardoso's godson, when he was still a baby.

Facts that the person has denied outright, speaking of Sophie as a "rot" and the case as a conspiracy.

He hardly recognized some violence against Dominique Bertin, justified according to him by the fact that she performed poorly household chores.

80% disabled, himself placed at the age of two due to serious family deficiencies and suspicion of incest, Gilbert Cardoso refused to work until 2012, contenting himself with living on social minimums.

A man suffering from "psychopathic disorders" practicing a "sexuality without inhibition" and "without limit", noted expert psychologists.

"What is striking is this way in him of satisfying his desires by all means, this fixation on procreation, passing from one woman to another, like objects, using a very strong hold, underlines Me. Mikaël D'Alimonte, civil party lawyer.

He is a kind of French Joseph Fritzl (

Editor's note: an Austrian who sequestered his daughter in his cellar for 24 years and with whom he had seven children

), with the difference that the confinement here is psychic.

Delphine, details the lawyer, has long been unable to explain whether or not she was consenting to sex with her stepfather.

"She is now fully positioned as a victim and sees this trial as the starting point for her reconstruction," he continues, regretting the blunders of justice in this case, which "had the consequence of stealing the childhood of all these kids ”.

Contacted, the lawyer of Gilbert Cardoso, who faces up to twenty years in prison, did not wish to speak.

The verdict is scheduled for Thursday. 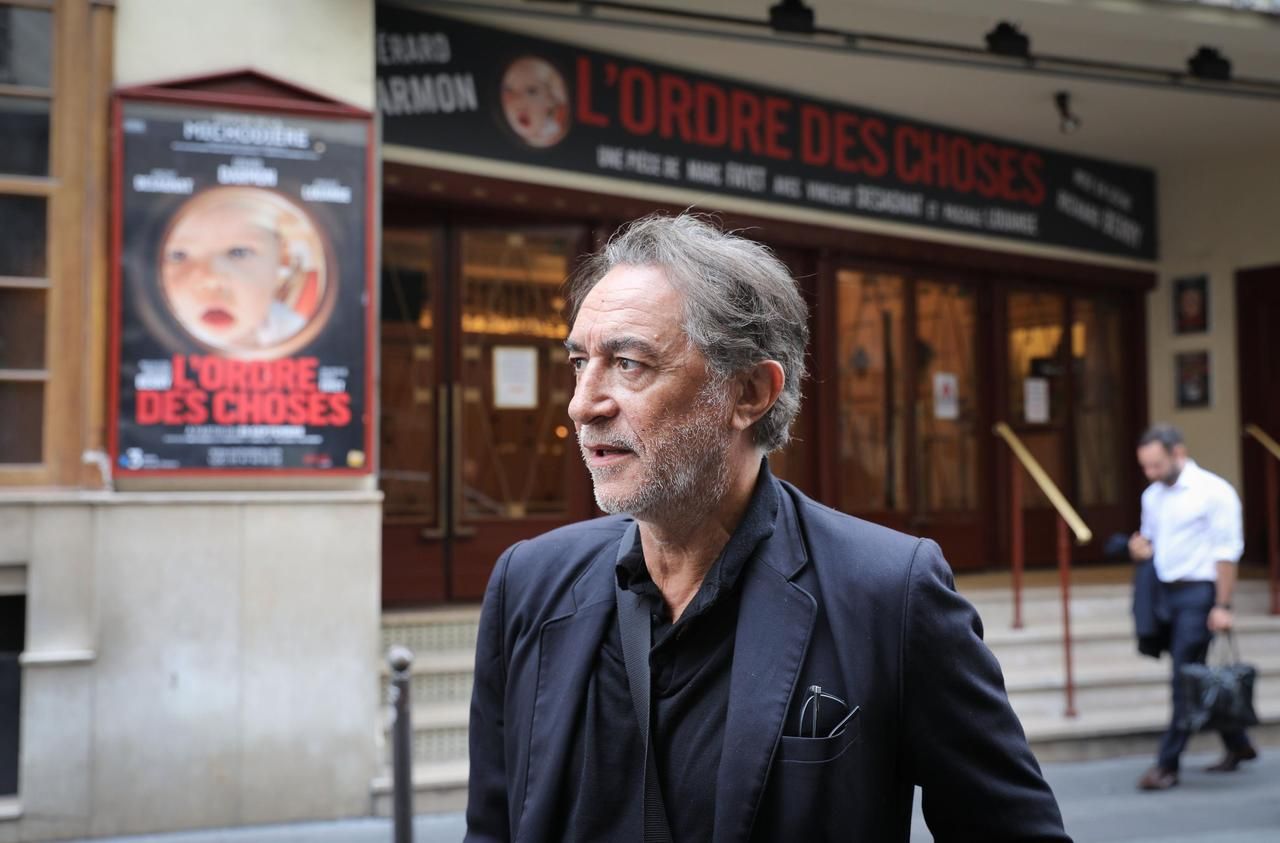 Accused of incest by his daughter, actor Richard Berry defends himself Val-d'Oise: the rapist grandfather sentenced to fifteen years in prison 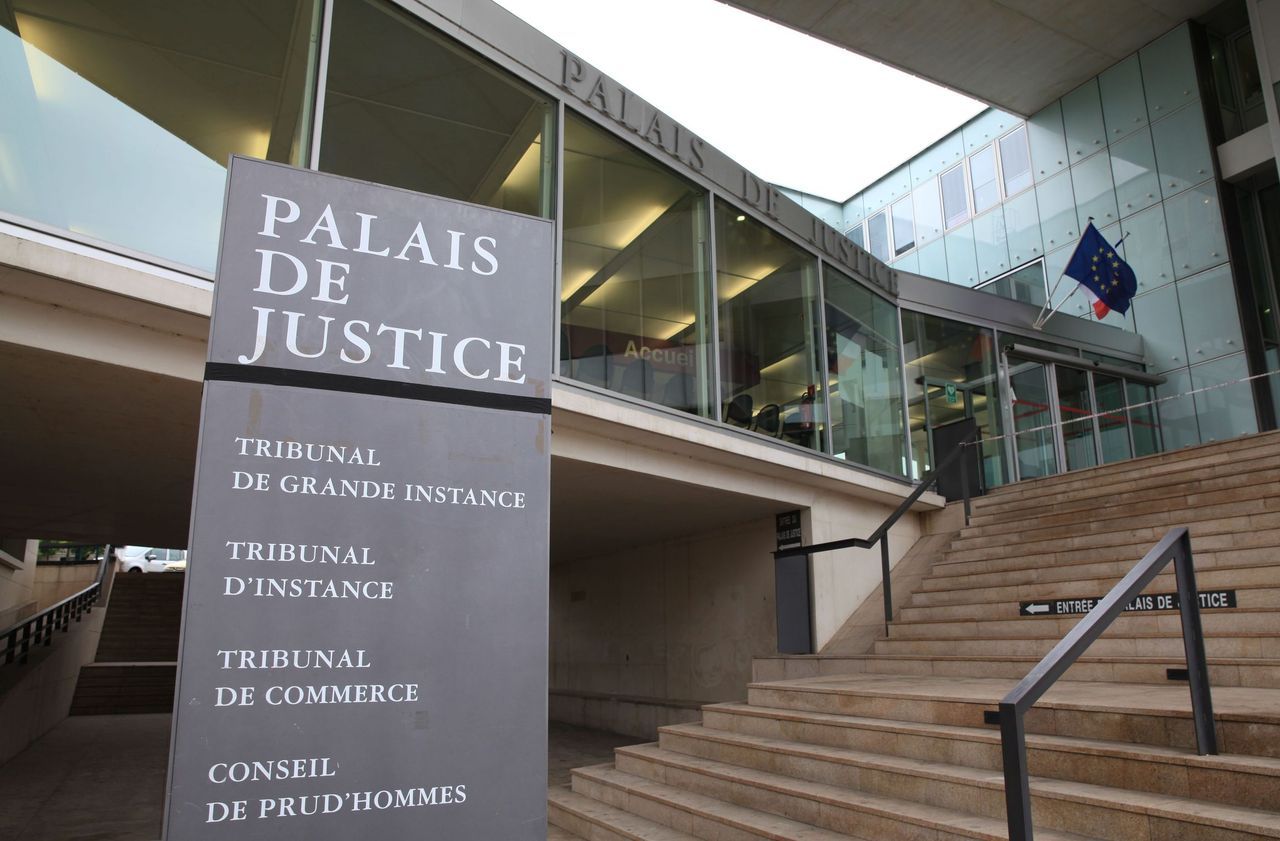 Eaubonne: 20 years of imprisonment required against the grandfather accused of the rape of three minors 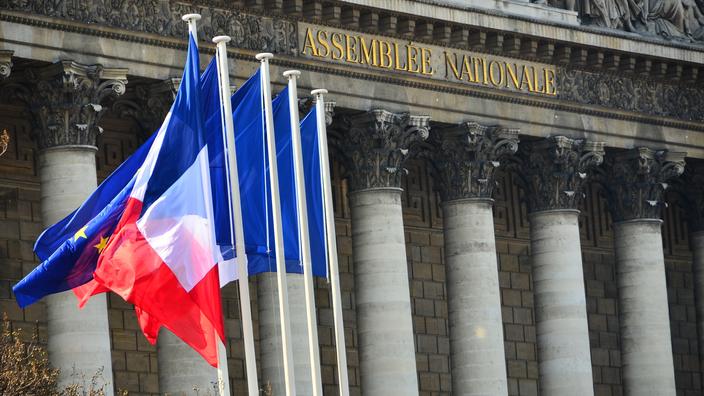 Incest: Christophe Castaner defends a toughening of the law