Curfews in the new law: what does the measure really bring?

The federal government has initiated the legal basis for curfews. What do the measures bring from a scientific perspective? 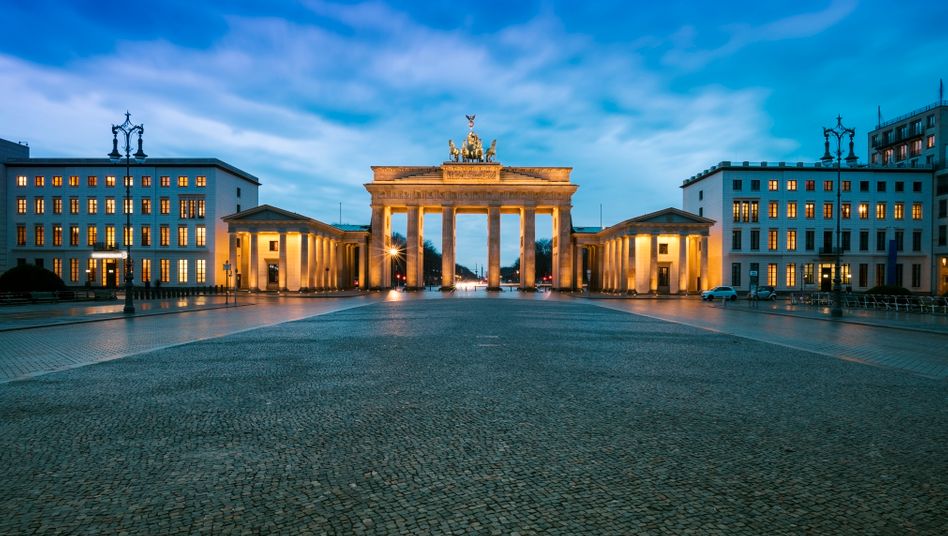 The deserted Pariser Platz in Berlin

A police patrol in the Canadian province of Quebec made an unusual discovery on a Saturday evening in early January.

It was around 9 p.m. when officers observed a woman in the tranquil town of Sherbrooke.

She took her friend for a walk on a leash.

It was later said that the couple wanted to protest against the curfew, which was in effect between 8 p.m. and 5 a.m.

This would at least allow pets to be taken out.

The law enforcement officers were not impressed.

They fined the equivalent of a good 2500 euros.

Numerous countries - in Europe for example France, Italy, Spain, the Netherlands or Greece - have decided on curfews in the pandemic.

The rules are usually somewhat different in detail, an exotic solution was available until February, for example in Panama in Central America.

Men and women were allowed to leave the house on different days of the week to run errands.

Normally, however, the restrictions only affect the evening or night hours.

In Germany too, after long discussions, exit restrictions are likely to soon come across the board if the incidence values ​​are too high.

The basis would be the “Fourth Act for the Protection of the Population in the Event of an Epidemic Situation of National Impact” currently being discussed between the Federal Government, Parliament and the Länder.

In a version available to SPIEGEL on Tuesday lunchtime, exit restrictions "at regular rest and bedtime" were intended to limit "mobility in the evenings" as well as "previous private meetings in public and private areas, which have a significant risk of infection «.

Specifically, it is about a ban on staying “outside of an apartment or accommodation and the pacified property belonging to it” between 9 p.m. and 5 a.m.

So the cigarette break in the garden is still possible.

But what is the scientific basis for the restrictions?

In an open letter, five aerosol researchers have just commented critically on curfews.

Secret meetings in interiors would "not be prevented, but only increase the motivation to evade government orders even more," so their argument.

Wearing a mask in the pedestrian zone and then having a coffee table in your own living room without a mask is not what the experts understand by infection prevention.

On the other hand, it can be stated that in principle every country that has come to grips with the particularly easily transmitted virus variant B.1.1.7 in the past weeks and months has in the meantime issued some form of curfew.

A precise analysis of the effectiveness of individual measures is not easy, however, as various interventions in the course of the pandemic can influence each other.

The justification for the German draft law refers to several studies that are supposed to prove the point of curfews.

Among other things, an overview article by a team at the University of Oxford that has not yet been reviewed by colleagues is explicitly listed.

It examined the effectiveness of 17 different measures in seven European countries during the second wave of the pandemic.

That means: At that time there were no dangerous variants such as B.1.1.7, but there was indeed increasing fatigue among the population.

In their evaluation, the researchers come to the conclusion that the R-value - that is the number of healthy people infected by a corona infected person - can be reduced by 10 to 20 percent with nocturnal curfews.

To put it into perspective: According to this study, that would be more than what could be achieved by closing all educational institutions.

According to the researchers, the reduction in the R value is ten percent or less.

"Not recommended as a long-term strategy"

"In principle, exit restrictions are an effective measure," says complexity researcher Peter Klimek from the Medical University of Vienna in an interview with SPIEGEL.

"But it depends on how they are implemented." Klimek and colleagues also examined the effectiveness of various corona measures.

Mobility data was a key tool in this regard.

For Austria, where nighttime exit restrictions have been in place for many months, the group also came to the conclusion: "With the curfew, mobility decreased." According to Klimek, the effect was much stronger in the city than in the country .

However, nothing can be said about the reasons, such as whether the question of police density plays a role.

But Klimek also warns: the more anti-corona measures the population has already been burdened with, the less additional rules would apply.

It should also be noted that the effect of particularly strict restrictions wears out quickly.

"So a curfew is not recommended as a long-term strategy." As soon as the infection rate allows, less strong interventions should be carried out again.

The draft law in the version from Tuesday lunchtime gives that away.

The curfew is "limited in duration as long as the conditions for the emergency brake are in place," the reasoning said.

In addition, leaving the apartment "if there are valid reasons" is permitted.

These would have to be made credible during controls by the police.

A research group led by Kai Nagel from the TU Berlin and Christof Schütte and Tim Conrad from the Zuse Institute Berlin advocate an “almost complete ban on private indoor visits” in the current issue of the “Modus Covid” report.

The scientists use the computer to model the influence of various disease control measures on the spread of the Sars-CoV-2 pathogen in Berlin.

In doing so, they also take into account the effects from B.1.1.7.

According to the team, the results calculated for the capital can in principle be transferred to the whole country.

In their report, Nagel and his colleagues warn in clear words that additional corona rules are necessary to avoid massive overloading of the intensive care units.

The January restrictions would not be sufficient "to control B.1.1.7 and thus to press or keep the R-value below 1".

Further, quickly effective restrictions are therefore when working in multi-person offices (FFP2 masks also at the workplace, if an individual office / home office is not possible) and for private visits indoors (no private meetings with people outside the household between 9 p.m. and 5 a.m. or even around the clock the clock) is necessary.

That means: These researchers are also in favor of exit restrictions.

Not because walking the dog turns you into a virus thrower, but because some paths lead to friends or relatives after all.

And whoever meets them indoors without a mask has a massively increased risk of infection.

So the curfew would be a means to an end to prevent that.

Politicians must "urgently communicate" that with regard to B.1.1.7, "any unprotected contact outside of one's own household indoors is no longer acceptable," Nagel had already told SPIEGEL in March.

The new law does, among other things, exactly that - at least as long as the regulations on exit restrictions do not fly out of the text in the discussions in parliament and with the countries.

But maybe a word again about the Canadian province of Quebec.

In a not yet peer-reviewed manuscript, researchers have just analyzed the effect of the curfew there in January.

The neighboring province of Ontario, where there were no restrictions, was used as a benchmark.

It was found that the nightly mobility of the French Canadians fell by at least a third.

Despite the man on the leash thing. Merkel is in favor of it: “Last big battle” or “encroachment on freedom” - curfew on the way? 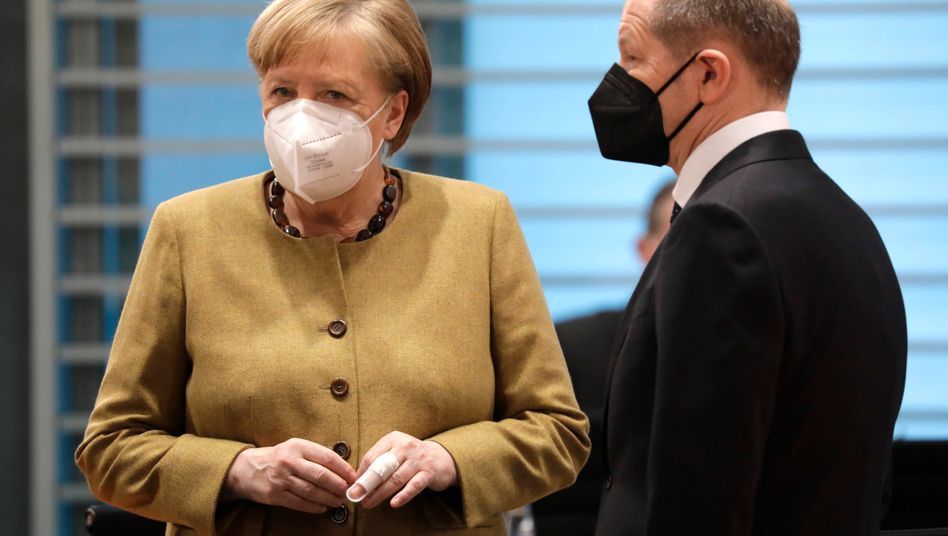 More need than brakes: Amendment of the Infection Protection Act meets with criticism 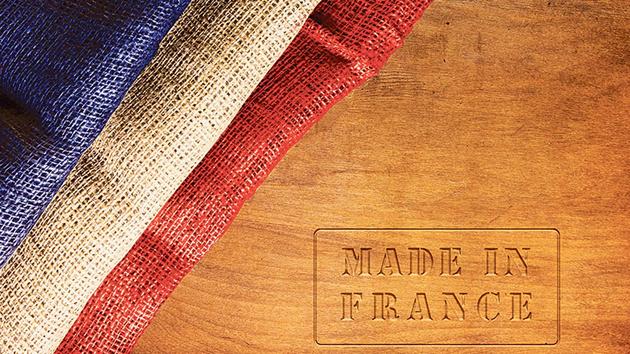 A petition to reserve the tricolor flag for "made in France" 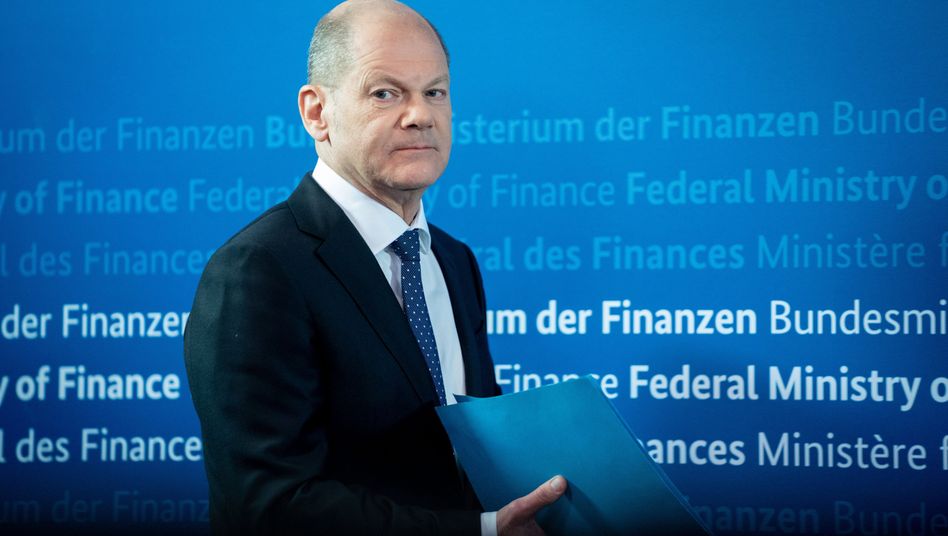 Curfew at 6 pm: "The negative economic impact is certain, the positive health impact is much less"