"Resident Evil 8" in the test: Restless through the horror village

The new part of the horror series "Resident Evil" sends the players to a dilapidated village in Eastern Europe. There they encounter terrible things - and characters that can no longer get out of their heads. 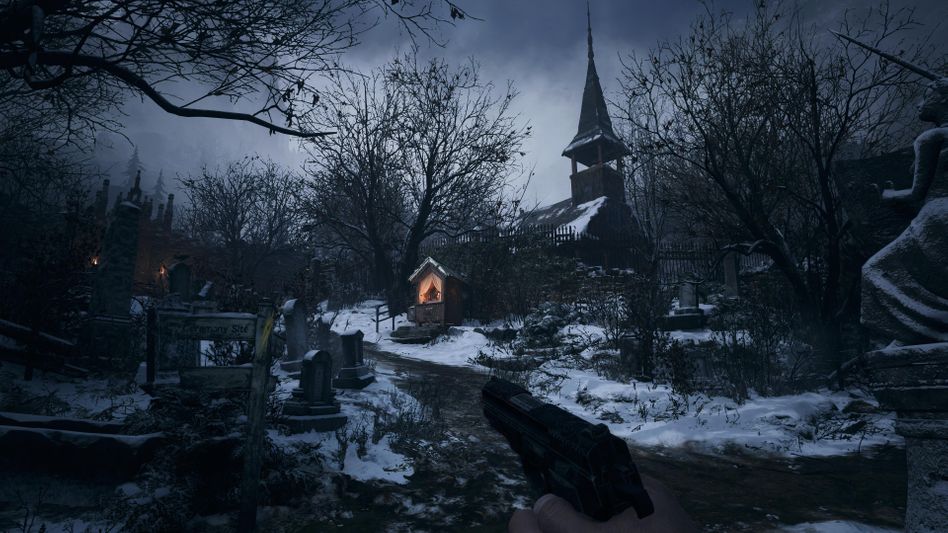 Scene from "Resident Evil 8": In some places you would like to spend more time

: The following test names a few locations in the game and only roughly tells you in which direction the story is going.

This European holiday destination has a lot to offer, I promise: snow-covered houses, reservoirs, a windmill in the distance.

And of course a castle with creepy, sword-wielding creatures in the cellar, just waiting to carve their sharp teeth into the flesh of the guests.

And if you still need some persuasive power: the mistress of the house is a real sight.

If you want to experience it all for yourself, you have to play "Resident Evil: Village", the latest and eighth part of the former survival horror series, which has now undergone a number of U-turns and changes in style.

The new game begins in the comfort of your own home. Mia and Ethan Winters, known from part seven, are still marked by the events. To protect themselves and their baby, they moved to Europe on the advice of Chris Redfield from Louisiana. There they and the players experience moments of happiness, which quickly end in tumult - and in the deportation to the Eastern European village. The child must now be looked for here.

What began with "Resident Evil 7" continues "Village": Again, the players experience the world from the first-person perspective.

The basic controls have remained the same, the gameplay feels familiar.

Nevertheless, »Village« comes up with some major changes for the series.

For example, the item boxes that once forced players to carefully consider which items to take and which to leave behind have disappeared.

Now it is important to get enough in-game currency quickly to buy a larger inventory from the dealer.

Like in "Resident Evil 4" such a player appears at various points in the game and sells ammunition, remedies or weapon upgrades to the players.

You can also purchase instructions with which you can make ammunition and remedies yourself - from objects such as green cabbage and a chemical that can be found in the game world.

The premise of the game is also similar: find a kidnapped person.

In addition, there is a familiar setting: a gray village, behind which the walls of an even grayer castle tower up.

What connects "Village" above all with the fourth part of the series and differs from the seventh part: Camp.

The term can, not quite adequately, be translated as kitsch.

"It is the love of the exaggerated, of the absurd, to appreciate something for what it is not quite," says Susan Sontag in "Notes on Camp".

Lady Dimitrescu: It is well received on the internet

"Resident Evil 8" is camp that is aware of being camp.

This is shown by the figure of the lady of the house, Lady Dimitrescu, who was adored and fetishized in fan fiction and cosplay in the run-up to the release.

In its frivolous, superhuman size, it breaks all proportions - and is something that actually cannot be.

Always with a wink.

Next to her you also meet Moreau, an overgrown fellow who, in his tearful obscenity, always points out that he doesn't quite belong in this horror world.

There are a few characters like him in the game.

You overwind the plot, construct and deconstruct the game world at the same time.

One would have liked to have seen more of them.

One scene chases the next

"Village" is a bombastic game, it wants to be bigger than its predecessor in every way. While that locked the players in a cramped farmhouse, the players now experience gigantic set pieces that alternate at high speed. The castle, the reservoir, a huge underground factory. Unfortunately, the game occasionally fails to let the players linger. The ingenious and bizarre characters of the game hardly have any room to talk. And the impressive backdrops are often just accessories for the next exchange of fire.

Because here too the eighth part of the series "Resident Evil 4" is similar: It relies on action, appears restless in its twelve hours of play. Unfortunately, he sometimes overlooks the fact that it is precisely the quiet moments that create the real horror - in an insane house full of dolls, for example, in which a baby's crying is more terrifying than ten opponents at the same time. Or in the magnificent corridors of the castle - if you hope that Lady Dimitrescu won't discover you. Especially at these points, the sound design is convincing, which only fuels the horror if you wear headphones while playing.

In “Resident Evil 8” old things come back, but old things are also buried.

This can be seen in the technology, for example, which creates impressive scenes, but also confronts the player with popping textures, because the game was developed for the old and the new consoles.

All in all, the game is the culmination of well-known approaches: Ethan Winters, the intentionally colorless protagonist from "Resident Evil 7", meets camp à la "Resident Evil 4" and reveals how the entire series is connected.

The trip to the horror village is worthwhile. 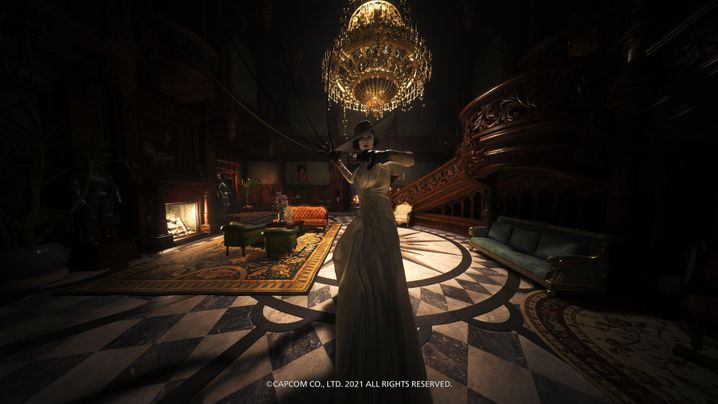 "Resident Evil 8" in the test: Restless through the horror village 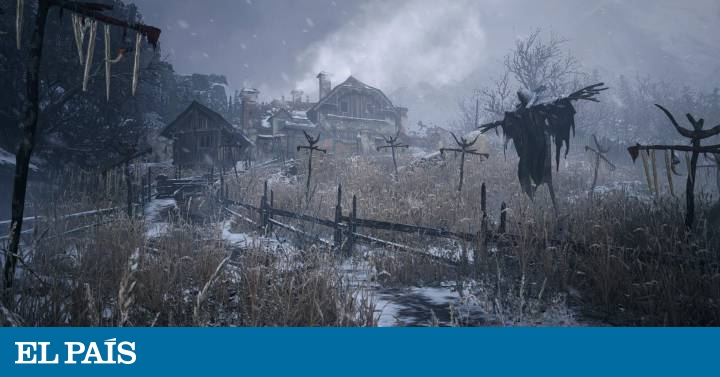 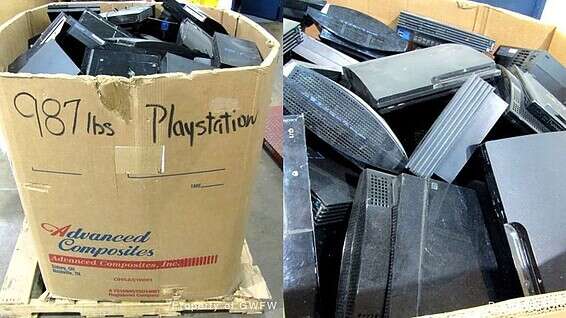 Gaming Updates: The Best Basketball Game in History Gets (Kind of) a New Edition | Israel today 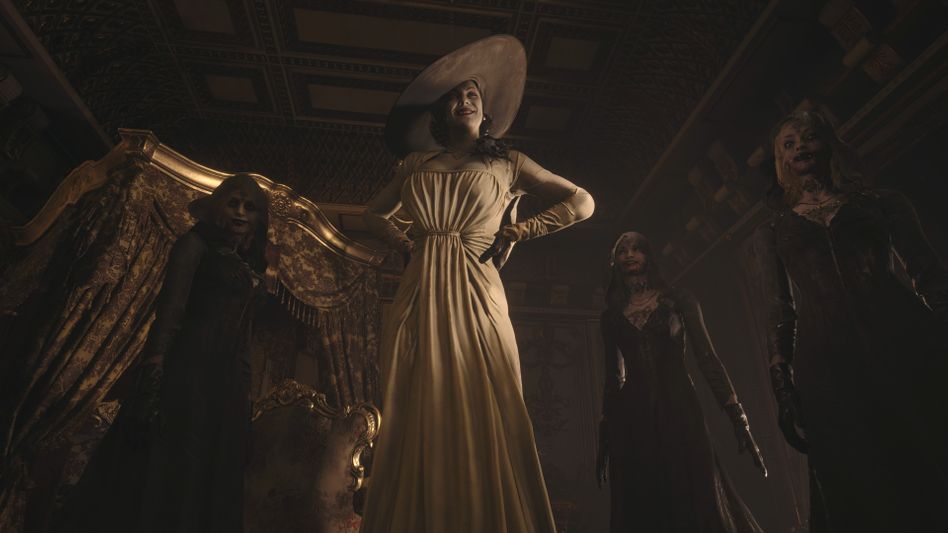 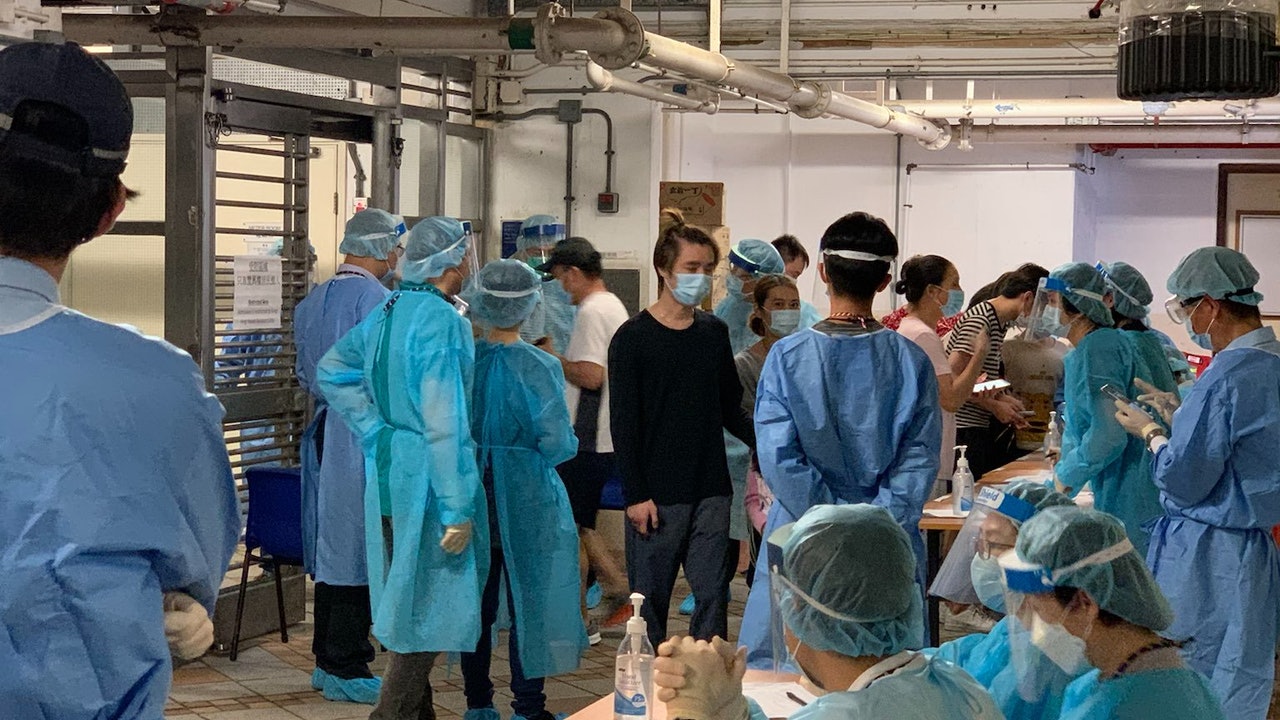 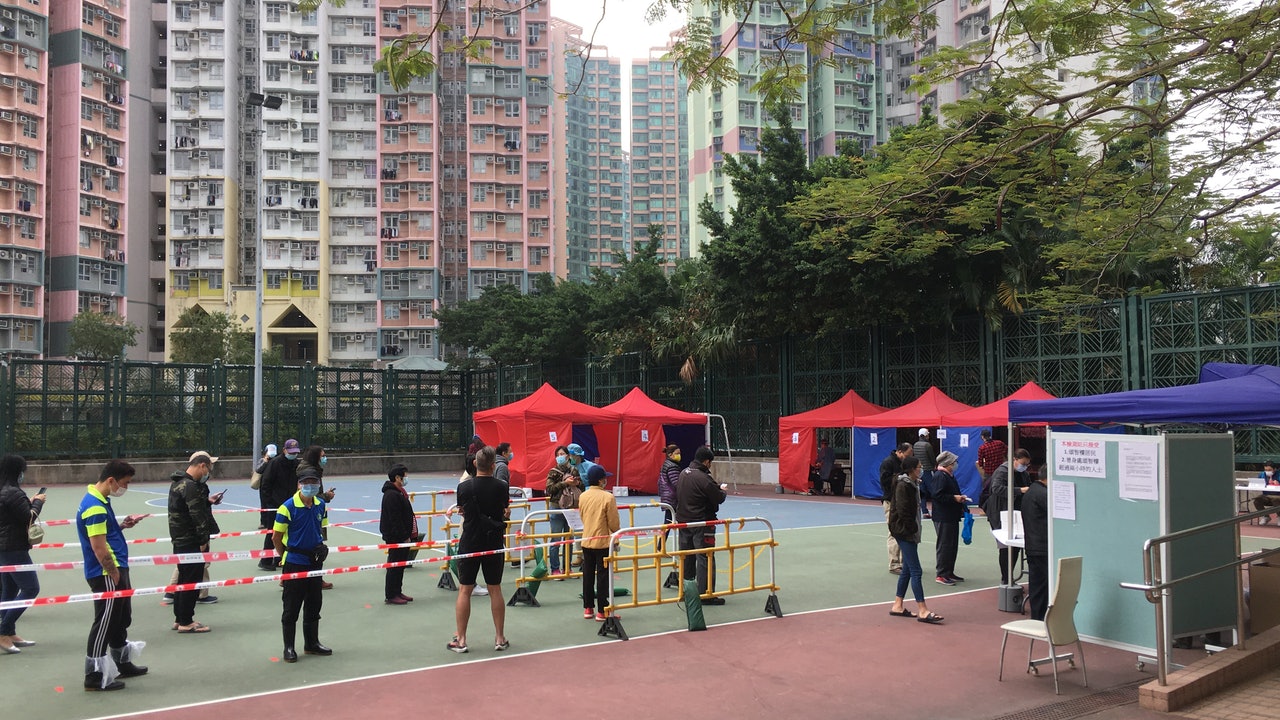 New crown pneumonia | Residents under forced inspection at Chung Chi House, Chung On Village: The toilet smells bad but the management office does not inspect it 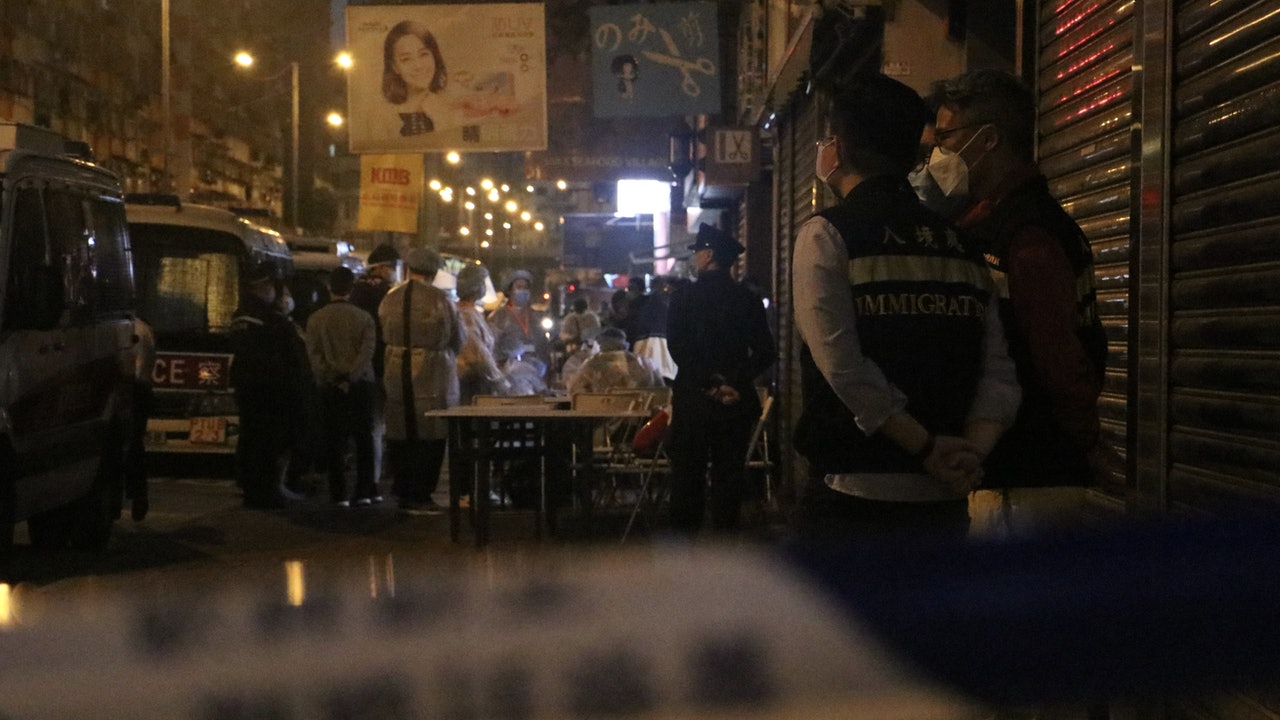 New crown pneumonia | Residents opposite to the unit suspected to be subject to mandatory inspection in Block 11, Caiyi Garden: No street out on the 4th