Tax breaks for people who behave in a climate-friendly manner in traffic - that is what Transport Minister Scheuer suggests. But he asked for more patience with central climate protection projects. 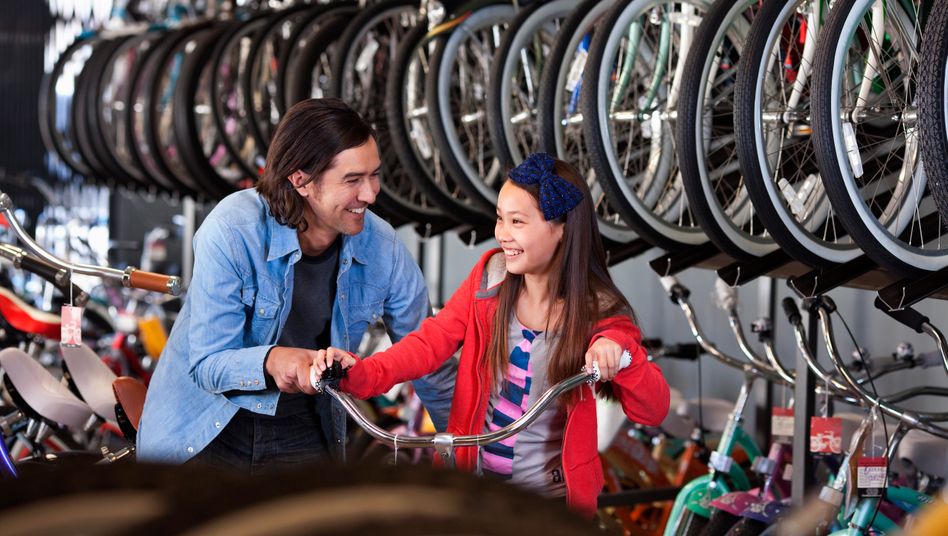 Climate-friendly: The purchase of bicycles should receive tax benefits

The CSU politician announced in Berlin that anyone who buys an e-bike or takes the train should in future be able to claim up to 1,000 euros per year for income tax.

This means that a family with two children can count up to 3,000 euros for climate-friendly investments.

In future, citizens should also be able to have the money for job tickets in local transport fully offset against taxes, it should no longer be possible to just receive a subsidy from the employer, said the minister and promised: "I will and I want to achieve the climate targets."

The CSU politician admitted that the plans still have to be coordinated within the government.

They meant annual shortfalls in income of five to seven billion euros for the state, but paid off in the long term.

A similar regulation already applies to the so-called craftsman bonus.

Private individuals can submit bills for household-related services to the tax office.

The coalition is currently agreeing how to adapt the climate protection law.

This is necessary because the Federal Constitutional Court has obliged the legislature to regulate the reduction targets for greenhouse gas emissions for the period after 2030 in more detail.

With the new climate targets, the permitted emissions must also be adjusted.

A first draft of the new version of the climate law became known on Thursday. Accordingly, emissions in the transport sector should also fall more sharply by 2030 than previously planned. The federal government wants to ensure that Germany will become climate neutral by 2045 - that is, it will only emit as much greenhouse gas as can be bound again.

The transport sector accounts for around a fifth of all German greenhouse gas emissions.

From 1990 to 2019, emissions did not decrease significantly and in some cases even increased.

In 2020, CO2 emissions fell by 11.4 percent, which meant that the specified upper limit of 150 million tonnes of CO₂ was exceeded.

However, the corona effect was very pronounced due to less car traffic, especially on long distances and significantly fewer domestic flights.

Current plans envisage that 85 million tons of greenhouse gases will be released into the air in the sector by 2030.

According to the current climate law, 95 million tons would be allowed.

In the transport sector, it takes longer for climate protection measures to take effect.

That is why it is important to allow more leeway in the first few years up to 2030 and then to strive for more ambitious goals.

"We need time for the effect to take effect," he said, referring to construction projects in the rail transport sector that required long approval procedures.

When and how exactly the climate bonus will be implemented is still the subject of talks within the government, explained Scheuer.

It is planned that the changed climate law with the new sector targets will pass the cabinet on Wednesday.

The specific measures that are to take effect alongside the law for the implementation of the new climate goals are still being wrestled. Scheuer only in office because of Corona? “Secrecy” about e-mails - toll scouts outraged

Scheuer only in office because of Corona? “Secrecy” about e-mails from ministers - toll scouts outraged

Scheuer only in office because of Corona? “Secrecy” about e-mails - toll scouts outraged