Freighters emit roughly the same amount of CO₂ as aviation worldwide. Even shipowners demand strict emission rules. But the talks between the UN states ended in fiasco. Is Brussels now going its own way?

Kitack Lim is not prone to tantrums, including work-related.

This week it was different.

The diplomat is Secretary General of the UN Organization for Worldwide Shipping (IMO) based in London, where representatives from 174 countries have a say.

In the past few days, climate protection has been on the agenda, and there has been more arguments than in a long time.

"Let me be very frank: failure is not an option," Lim called into the virtual group when exactly that became apparent.

The international community has once again postponed climate protection for shipping.

A decision on a global CO2 price of 100 dollars for shipping, which shipping companies such as Hapag-Lloyd and Maersk also support, is only due to be decided in two years' time - maybe.

The few measures that have been decided for the next few years, such as higher efficiency standards for ships that are already in service and newbuildings, are considered by critics to be less than ambitious.

Other items on the agenda were postponed to the next meetings of the IMO Environment Committee in autumn or later after disputes.

Freighters emit around one billion tons of CO₂, around 2.5 percent of total emissions, on the world's oceans.

Aviation comes in at roughly the same value.

If shipping, which transports 90 percent of all goods, were one country, it would be the sixth largest producer of CO2 - together with Germany.

Compared to other means of transport such as trucks, however, the ship is significantly more climate-friendly.

Like air traffic, shipping is not covered by the Paris Climate Agreement because it crosses national borders.

The IMO should therefore set its own climate targets for the industry and clarify how these are to be achieved.

In the meantime, not only climate protectors, but also shipping companies and shipbuilders are progressing too slowly.

There is a self-imposed requirement to halve the CO2 emissions of shipping by 2050 compared to 2008. But in order to be compatible with the Paris goals and limit global warming to 1.5 degrees, ships would have to be climate-neutral by then .

But even with the implementation of the less ambitious goal there is a problem.

And the less that happens in the next few years, the greater the emissions reductions would have to be.

“The results of the climate negotiations are extremely disappointing.

With regard to the short-term measures, it was agreed to keep going instead of quickly adopting effective measures for global shipping, ”said Beate Klünder, shipping expert at the environmental organization NABU.

"As a result, emissions in the industry can continue to rise by 16 percent by 2030, almost as much as they would, according to the forecast."

The IMO member states also did not agree on a small tax on fuel of two dollars per ton, which should be used to finance the development of new fuels.

This was brought into play by the shipping companies and their international umbrella organizations themselves.

"The proposal from our industry has been on the table for almost two years now. It addresses the crucial aspect for the decarbonization of the industry: We need a revolution in fuels," said Alfred Hartmann, President of the Association of German Shipowners (VDR).

Five billion dollars should actually come together to research ammonia, methanol or hydrogen.

"The European Union must go ahead now"

Time is running out for a long time.

Companies are currently holding back from ordering new ships - also because they do not know which rules will apply from 2026.

"In view of the long lifetimes of ships, that's practically the day after tomorrow," said Hartmann.

"But the ambitions and the speed with which the majority of the member states have proceeded so far leave something to be desired."

At the ship engine manufacturer MAN Energy Solutions, a Volkswagen subsidiary, one sees it similarly.

"The only positive thing about the results is that ship operators will in future be asked to evaluate energy consumption and emissions on the basis of specific requirements," explains Sales Manager Bjarne Foldager.

"Ship owners may then have to implement technical or operational measures to bring their ships' emissions to the required level." Above all, however, a global CO2 price is necessary for the maritime energy transition.

Block Brazil, China, Russia and others

In the negotiations at the IMO, according to participants, mainly EU members, including Germany, and the USA, which has returned to a climate change course, on the one hand, and countries such as Brazil, India, China, Russia and Saudi Arabia on the other. They fear for their growing prosperity if world trade becomes more expensive and with it their exports. Now the EU and the USA could increasingly rely on their own climate rules for shipping - which would result in new conflicts in cross-border trade.

Brussels is already working on emissions trading for shipping, which, like intra-European air traffic, could be integrated into the trading of pollution rights.

For every ton of CO₂ emitted in the EU, shipping companies would then have to pay for certificates.

The EU Parliament has already spoken out in favor of it.

"The European Union must now move ahead," said Jutta Paulus (Greens), rapporteur for maritime emissions trading in the European Parliament, the SPIEGEL.

»The frustrating thing for climate protection is that the disappointing results on a global level were ultimately not surprising, but were to be expected.

The EU should have finally learned its lesson, said Paul.

Concrete plans for emissions trading should be in place by mid-July. 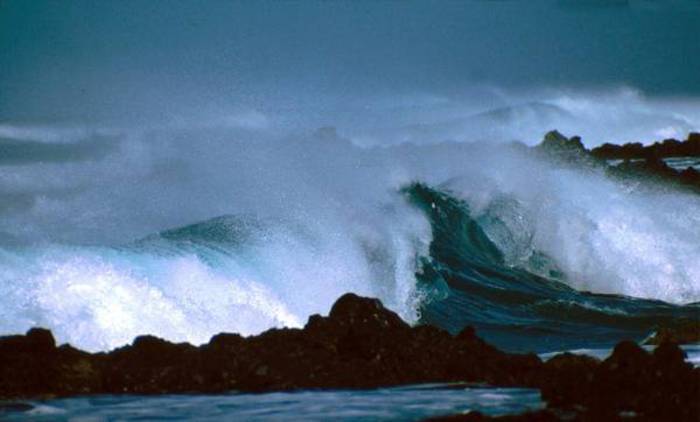 With this plan, the European Union wants to stop the climate disaster - critics warn How the EU is on the road to climate neutrality 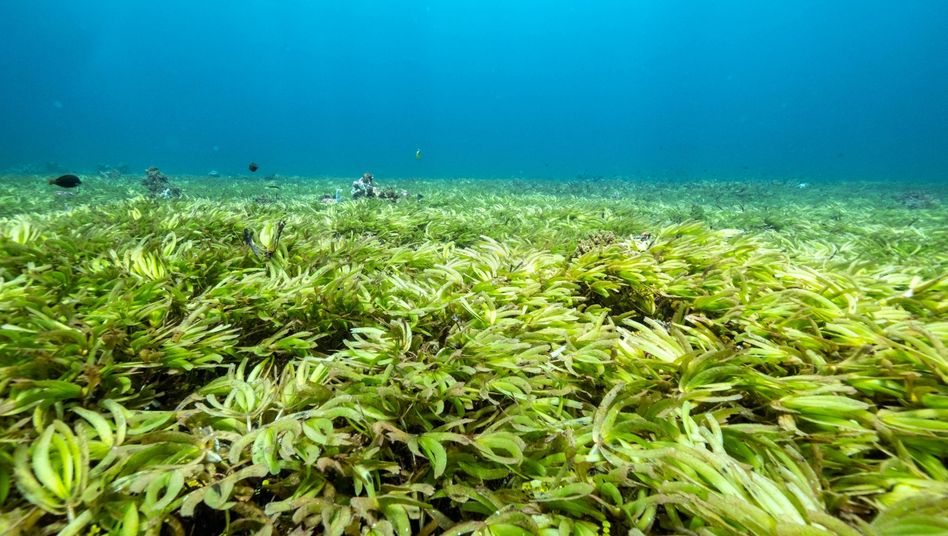 Seaweed: CO2 storage and the hope for climate protection 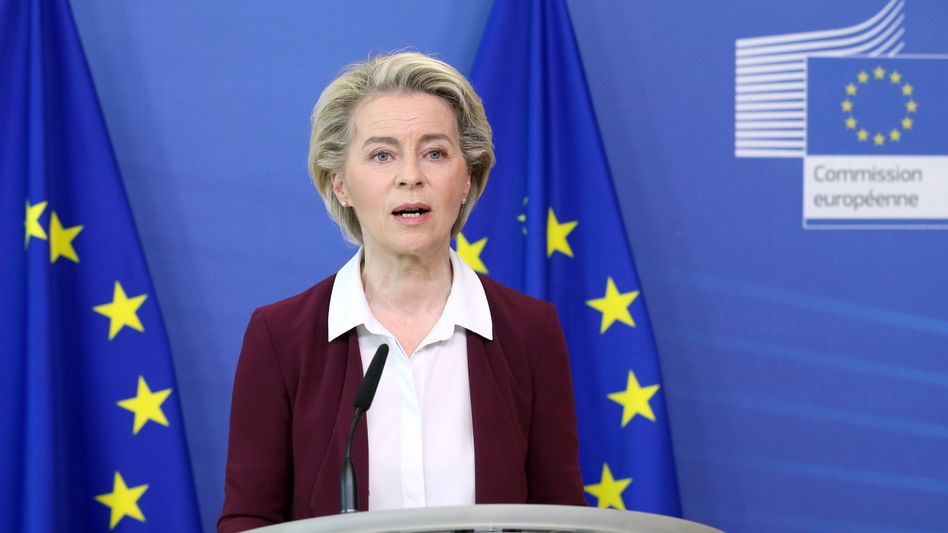 EU climate plan: Ursula von der Leyen is aiming for the end of combustion cars by 2035 Gasoline, vacation, living - everything will be significantly more expensive for the climate 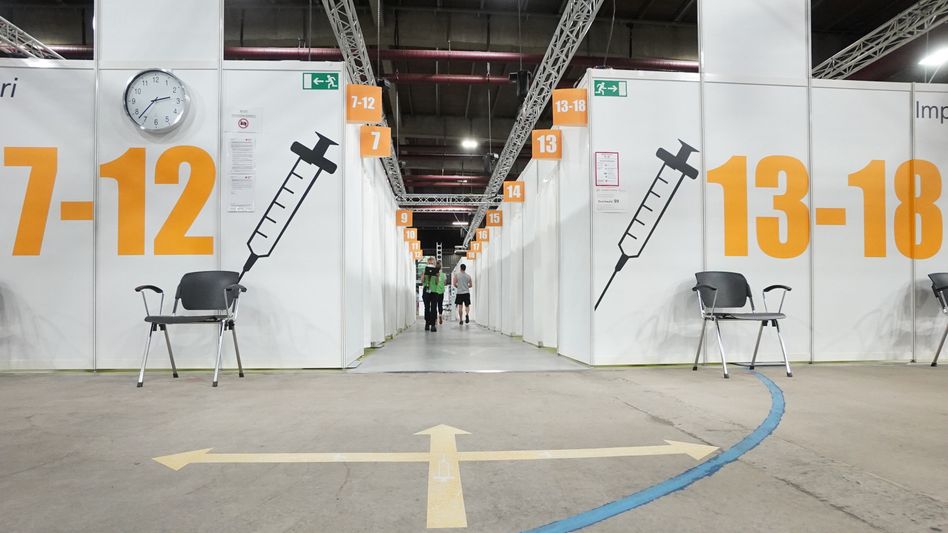 Corona in Germany: the number of first vaccinations drops dramatically 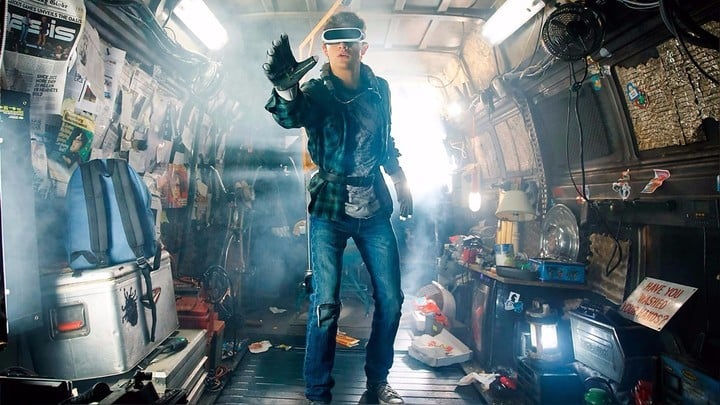