The 8-year-old boy was abducted by his father, who was not allowed to visit him alone. According to several sources, it is susceptibl 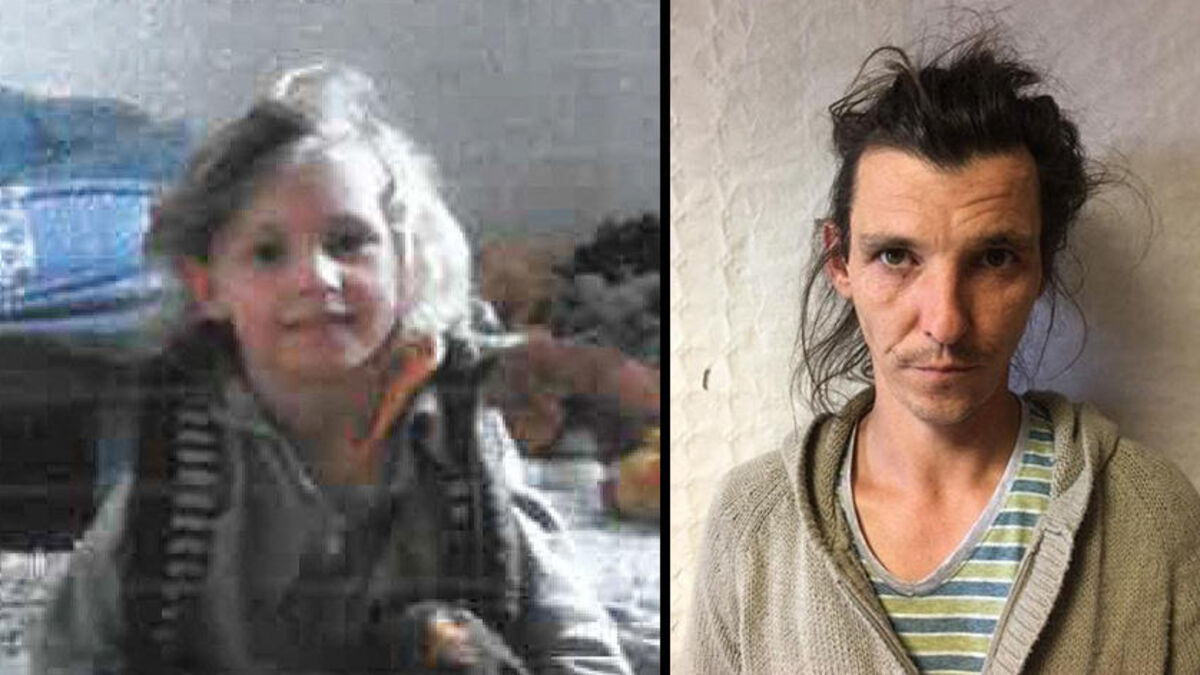 The kidnapping alert plan was triggered this Saturday by the authorities after the kidnapping, Friday, by his father, of an eight-year-old boy, "suffering from deafness", in Lannion (Côtes-d'Armor).

How did the facts unfold?

The boy was kidnapped this Friday, around 11:15 am by his father, who came to see him at the House of the Lannion department, as part of a visitation right (since he could not see him alone), specifies Ouest-France .

The father then fled with the little boy, without any violence, initially in his vehicle.

They were spotted at 8 p.m. in Tréguier, about twenty kilometers from Lannion, still in the Côtes-d'Armor, reports BFMTV.

According to Ouest-France, the father's vehicle was found in Ploubezre, near Lannion, in the evening.

The man is now "likely to travel on foot", specifies the kidnapping alert.

Who is the victim ?

The little boy kidnapped by his father is called Dewi, he is 8 years old.

According to the alert issued by the Ministry of Justice, he is "European type, deaf, (measure) 1m35 (and has) shoulder-length blonde hair".

At the time of the drama, he was dressed in jeans and a navy blue coat.

The photo, broadcast in the alert, dates back to his 4 years.

The little boy had been living with a foster family since July 1, according to RTL, his mother having died, says BFMTV.

Who is his father ?

According to the description of the kidnapping alert, Dewi's father is 38 years old, he is between 1m65 and 1m70 tall, has long, brown hair.

According to the first elements, the man, born in 1982, would be a musician from the Rennes region.

If the social services immediately alerted the police, it is because they fear that the man could harm his son.

A fear shared by several sources, according to BFMTV.

According to RTL, he is known to the police for theft, threats and breaches of drug law.

He has also committed custodial offenses in the past.

What is the research device?

A complaint was immediately filed after the kidnapping of the child.

Significant research resources were put in place, including air, from this Friday.

Research is still focused, for the moment, on the surrounding countryside.

If you locate the child, do not intervene yourself, immediately call 197 or send an email to alert.enlevement@interieur.gouv.fr, the authorities said. 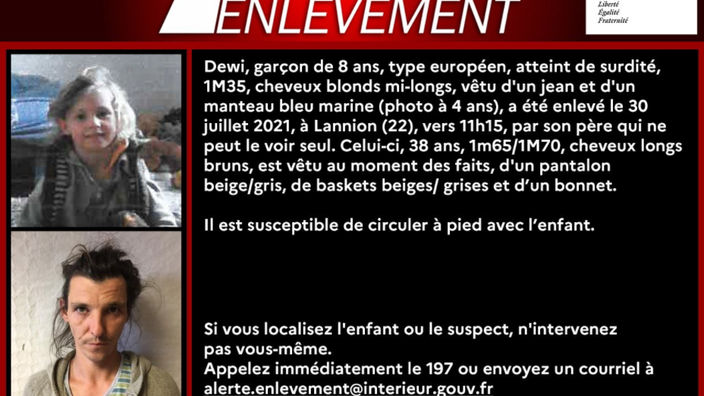 Kidnapping alert launched for an 8-year-old child missing in Lannion, in the Côtes-d'Armor 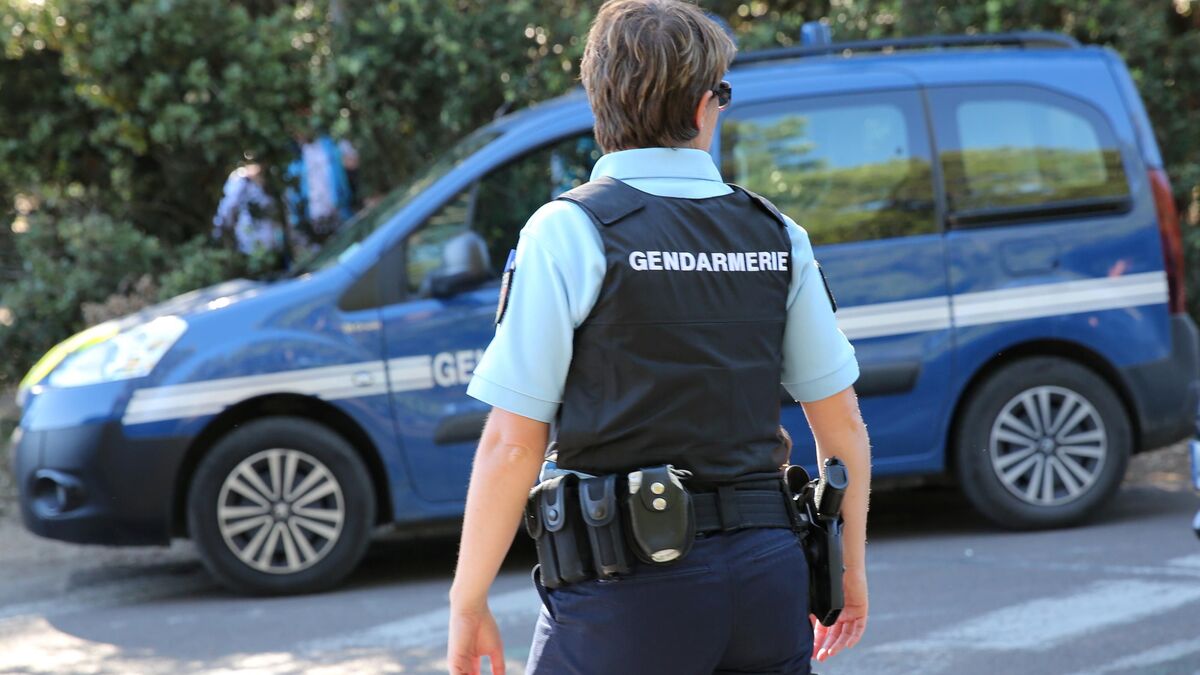 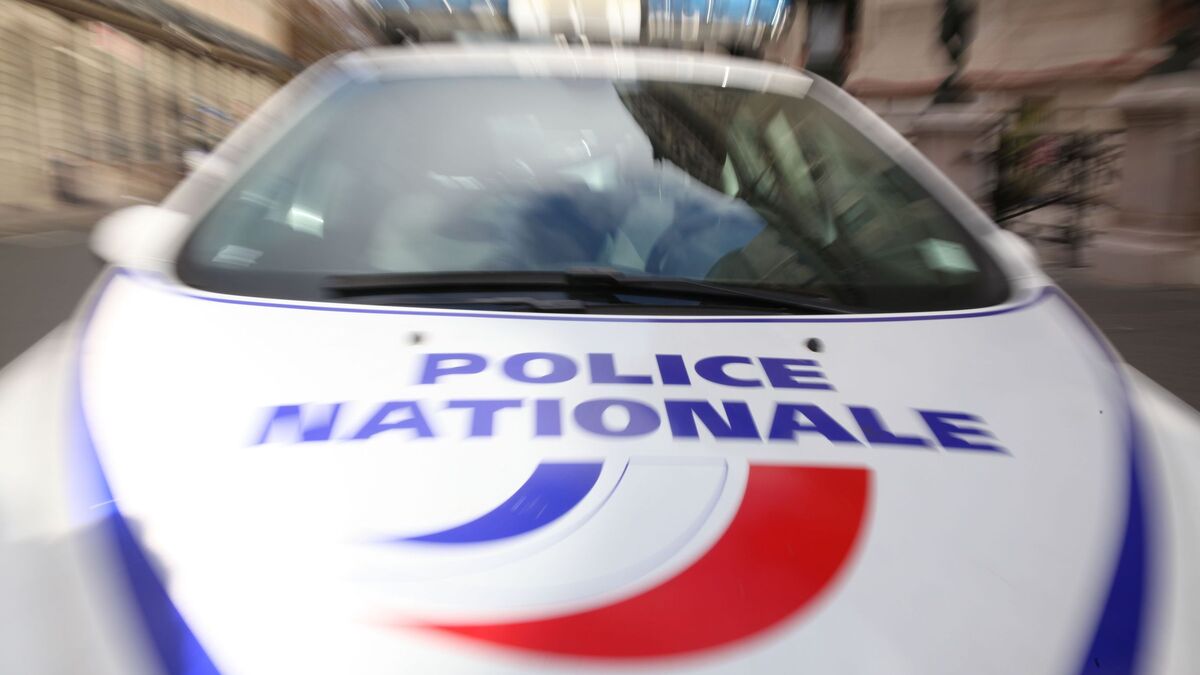 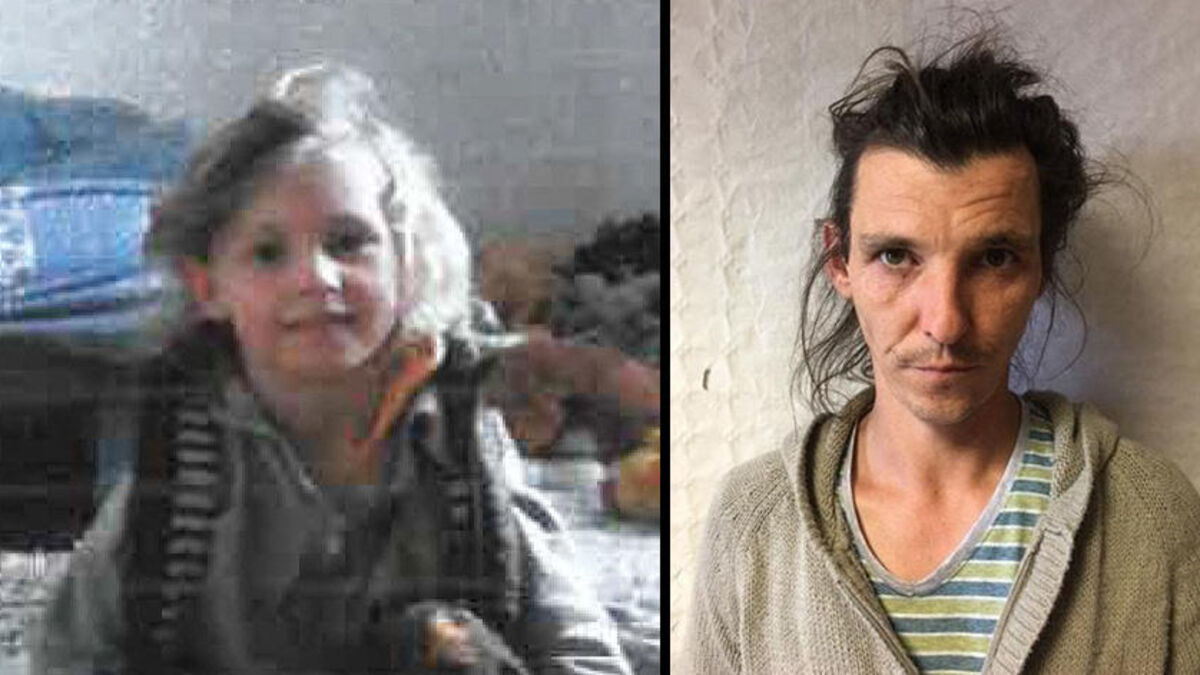 Abduction of Dewi: the father faces justice in early October 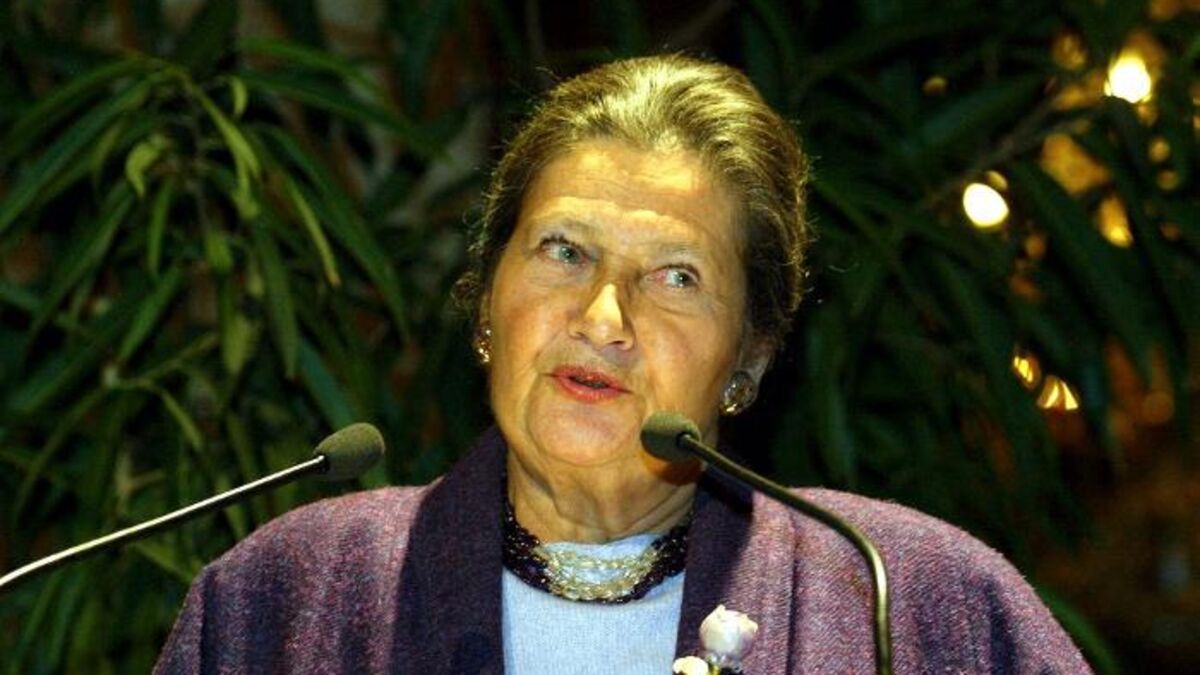 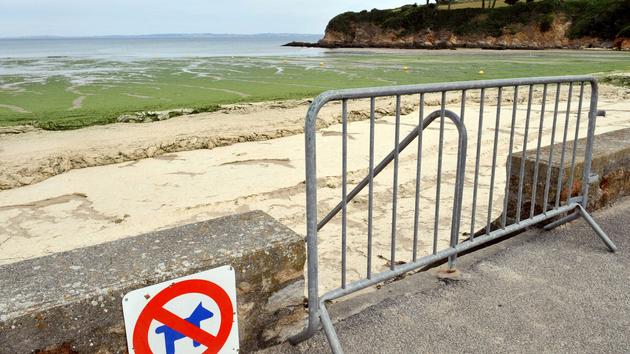 In Brittany, the inexorable green tides