How often are the top candidates' pages mentioned on Facebook where the boomers hang out? Sascha Lobo has counted and dares to predict a possible election outcome. He himself would find it bitter. 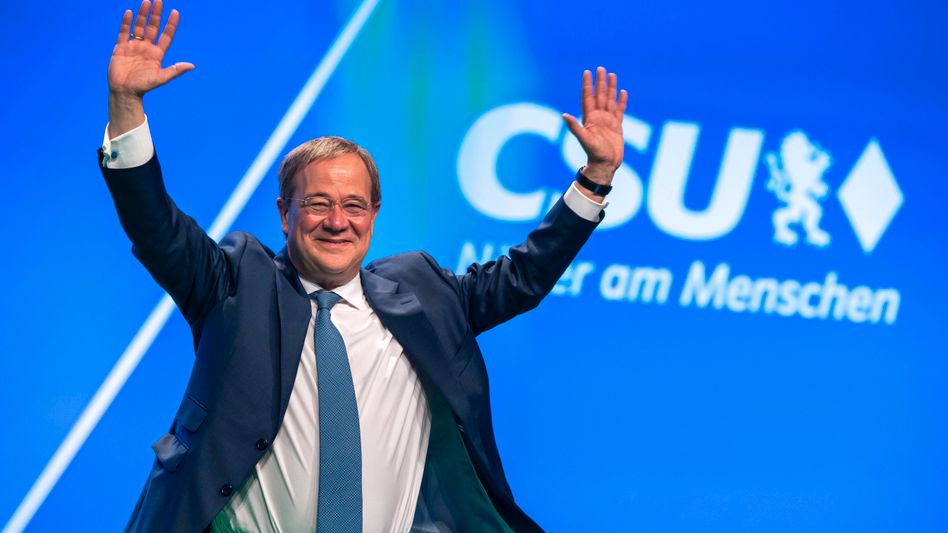 Armin Laschet at the CSU party convention: Yes, exactly that

This column on the 2021 federal election is a special column in that it could turn out to be unbelievable nonsense on September 26th at 6 p.m. (otherwise it will take a lot longer).

Or as an interesting game with a premonition.

In the meantime, I think it is likely that Armin Laschet - yes, that very one - could win or almost win the federal election in 2021, head to head, so to speak.

Contrary to the polls.

Personally, I would find that bitter because I am indulging the Union with a break in government beyond all measure.

I don't see a particularly grandiose government on the horizon of possibilities, but in my opinion the least bad and realistic option would be a traffic light.

Not that I am an ardent fan of the FDP, but for Red-Red-Green there are too many seriously insane people in the Left Party for me.

And a corresponding federal government would make itself dependent on them with a narrow lead.

My starting point is simple: I think the current poll results don't reflect voting sentiment very well. That is easy to say, but unlike in many other countries, the polls in Germany are of a fairly high quality. Well, in 2013 the FDP in Lower Saxony was 4.5 percent in the polls and finally got a triumphant 9.9 percent. But that I have to go back eight years and to a single federal state to demonstrate a spectacular mistake, that shows something.

In the last general election, however, there were always movements that could be viewed as a surprise, and on the one hand that is due to the margin of error. In many representative surveys it is 3 percent, a value of 22 percent in the survey can actually mean 19 percent or 25 percent, the opinion polls hardly flinch. On the other hand, this demoscopy is faced with massive challenges, among other things due to digital networking. Many polls still work via landline phone, a device that many young voters first have to google.

The advantage of landline telephones is that you can easily select them at random and usually locate them regionally using the area code, which is not possible with cell phones.

But since voting behavior differs massively between town and village or between Bremen and Thuringia, which has to be taken into account for serious figures, surprisingly often people still fall back on the fixed network.

Except for those institutes that tend to or only carry out online surveys.

But so far, they have not been noticed very often due to their outstanding forecast quality, because online surveys bring with them other, but similarly serious problems.

Fewer and fewer people feel like taking the polls

In the meantime, there are a number of compensatory correctives, so-called weightings, which the institutes take into account in order to somehow compensate for such distortions. It doesn't make the job any easier, if only because fewer and fewer people feel like taking the surveys. This has been researched quite well for the USA, one of the best-known survey institutes, Gallup, was still able to survey 28 percent of the randomly selected people in 1997, compared with only 7 percent in 2017. All the others could not be reached or were not in the mood.

In Germany, too, the value is falling, presumably due to the increasing reluctance to telephone strangers. All of this, combined with other statistical, political and social complexities, easily leads to situations like 2017: the Union averaged 35.9 percent in the polls and received 32.9 percent on the evening of the election. In 2005, the difference between the survey and the result for the Union was as high as 6.4 percent, but at that time other calculation methods were also used that did not take into account many of the weightings that are common today.

Possible explanations as to why the polls are not particularly precise this time are quickly listed: Merkel's departure, Laschet's Veronkelung, Scholzen's note, Lindner's beating, Baerbock's sinking and the largely unfamiliarity of the Left Party personnel make it more difficult.

How much the climate issue, the pandemic, Afghanistan or the Union scandals affect the voters is also unclear.

My assessment, however, is that federal elections are much more person-driven than is commonly assumed, so that top staff have a great deal of influence on the mobilization of the voters and their voting decision.

This is also the basis for my social media factor, which I would like to introduce here.

It's a factor that I calculate for each party individually and that is supposed to show the deviation from the predictions.

Because of course I don't just want to say for this column that the surveys somehow don't quite come true - but offer better predictions myself or, well, at least try to.

To do this, I use a heuristic, a fabulous word from the sphere of knowledge of ancient Greece.

Heuristics means that you claim to have a clever system with which you can still make great predictions from very limited knowledge.

Most of the time, of course, that's not true, or just a little, and in my case, too, I balance a number of assumptions, each of which might not be true.

My social media factor is set somewhat arbitrarily: It primarily relates to the change in the average number of mentions of the parties' most important candidate pages on Facebook over the last two weeks (using the »Socialblade« tool). I have included the change in the number of subscribers to the respective page. Unfortunately, that's little more than nothing, but my calculation is: Because Facebook is the social network of the boomers who decide to vote, the mentions there may indicate that the talks are developing a political intensity. I also assume that this change says something about the final thoughts of many people on the election. It is difficult to determine due to the extremely high number of postal voteswho decides or has decided when. But I'm only talking about clues here anyway.

As a basis for my estimate, I used the average survey values ​​of all institutes.

For my imagined social media factor, I calculated a possible percentage change for each individual party from the subscription-weighted development of the average frequency of mentions of the candidates.

That is also estimated, but we have long been deep in the area of ​​prognostic assumption.

However, my confidence that no party is more than 6.4 percent wrong is very high.

If this or a similar scenario should actually come true, Armin Laschet - yes, exactly Armin Laschet - will lead a Schwampel as Federal Chancellor, a black light with the Union, FDP and Greens.

And because that would appear to be too great an imposition for many Greens, the party was given the post of Federal President.

It will be elected in spring 2022, and with a solid majority in the federal government, the election could be drawn up accordingly.

To some it may seem unworthy to sell off the highest office in the state in this way.

On the other hand, Federal President Claudia Roth also sounds interesting, of course. 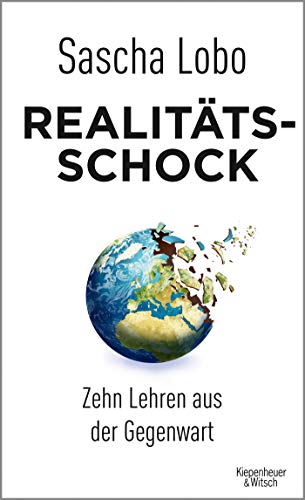 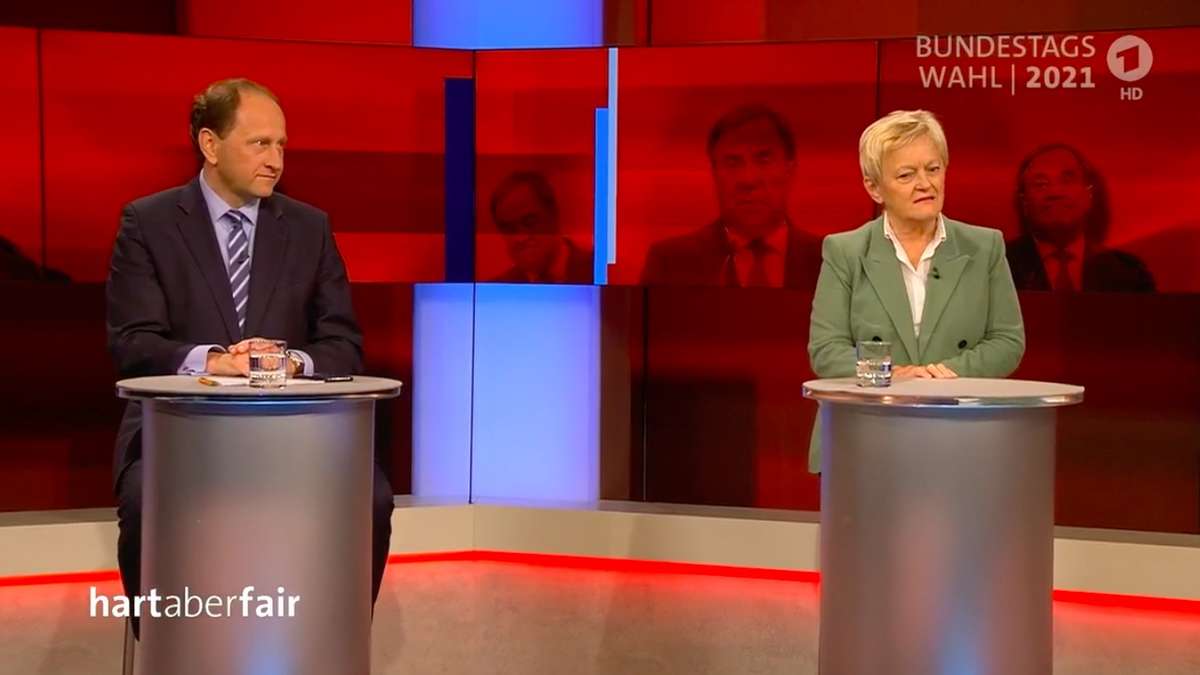 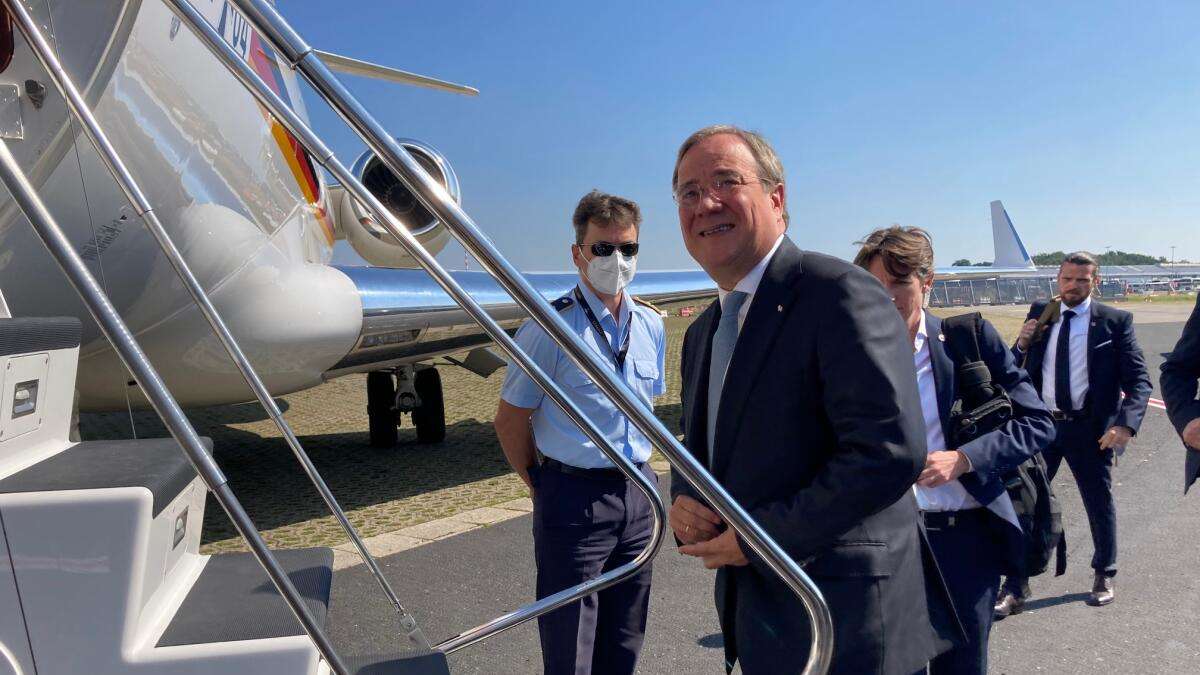 Will Laschet flee to the Vatican after the federal election? Wild speculation about electoral defeat “The next chancellor is called Laschet?” - Söder's answer is taken apart by the audience