Three departing flights and four arriving from the island of La Palma are affected by this cancellation, a first since the volcano erupted. 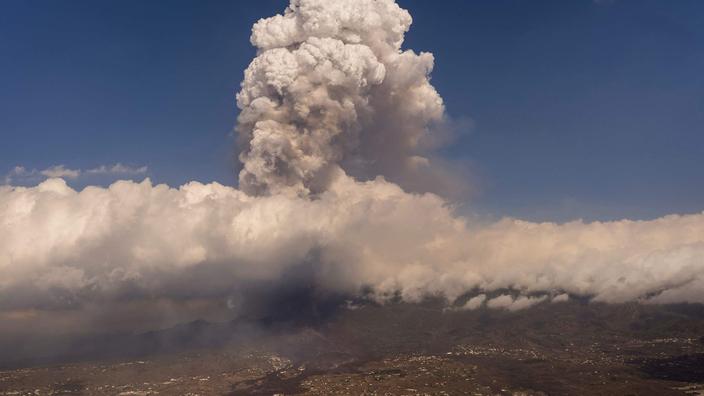 The seven flights scheduled for Friday at the airport on the Spanish island of La Palma, in the Canary archipelago, have been canceled due to the large ash cloud released by the Cumbre Vieja volcano, which has erupted since Sunday, has announced the company managing Spanish airports (Aena).

Three departing and four arriving flights, all within Spanish territory, have been canceled, a first since the start of the eruption, Aena said on her website, without giving any indication of the days. following.

The Iberia company canceled a flight from Madrid, which was scheduled to arrive at 19:10 local time.

The other six canceled flights are regional, connecting La Palma to other islands of this very touristy archipelago located off the northwest coast of the African continent.

They should have been insured by the companies Binter, Canarayfly and Air Europa.

Eruption in the Canaries: one of the two lava flows is no longer advancing

Violent explosions and this large cloud of ash emanating from the Cumbre Vieja volcano also led the authorities to order the evacuation of several neighborhoods in the city of El Paso on Friday. A video broadcast by the Civil Guard showed a garden completely covered by "

" of volcanic ash. The opening of a new eruptive mouth was also noted at the level of the volcano, indicated the Volcanological Institute of the Canaries.

The eruption of Cumbre Vieja left no injuries or fatalities, but had already resulted in the evacuation of around 6,100 people, including 400 tourists, before these new evacuations.

In addition, the Spanish Prime Minister Pedro Sánchez, visiting the island since Thursday, announced that the Spanish government would declare the island of La Palma "

area affected by a

" next Tuesday in the Council of Ministers.

This measure will unblock the granting of aid to residents. 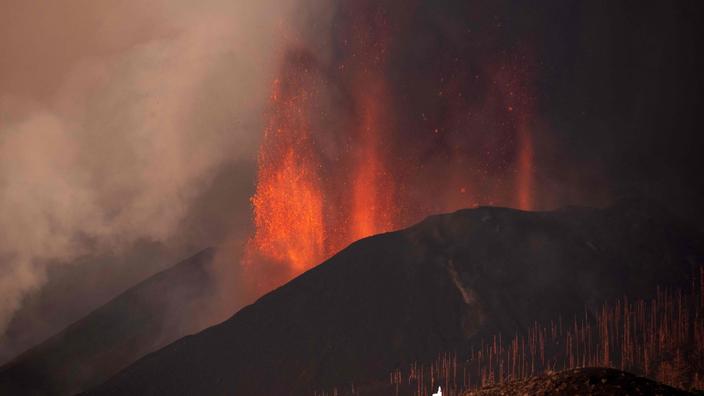