Coronavirus: What about the high incidences in children

In many regions, the seven-day incidence is very high, especially among 10 to 19 year olds. Above all the Kyffhäuserkreis. The district director tells what has happened in the past few weeks. 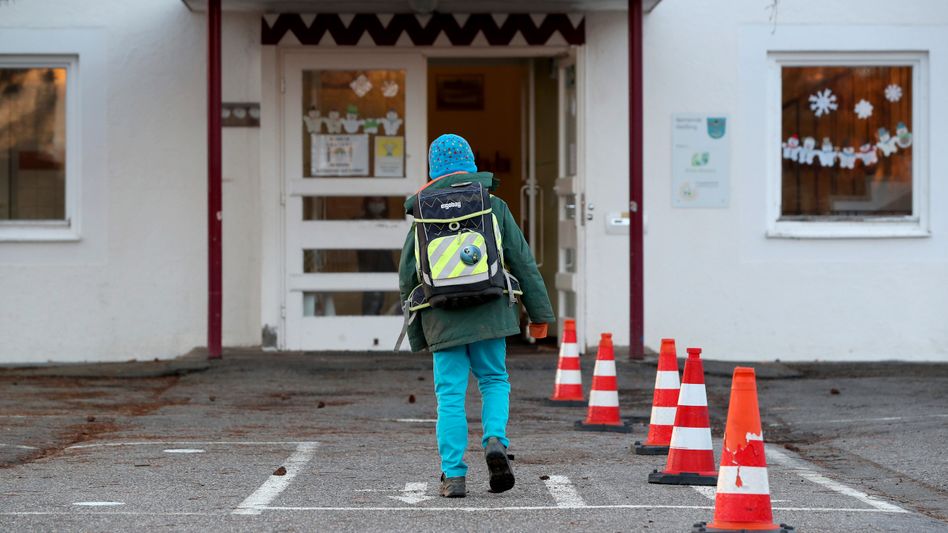 Child on the way to school: the incidences among boys are particularly high (symbol image)

The good news is: The seven-day incidence in Germany is not increasing any further for the time being and has been stable between 60 and 70 for several weeks. The less good news is: The number relates to the total population.

If the incidences are calculated for the individual age groups, it is noticeable that the number of cases in children and adolescents is sometimes significantly higher than in the rest of the population.

According to the current weekly report from the Robert Koch Institute (RKI), there are still many new infections among 10 to 19-year-olds.

The seven-day incidence is even over 500 in some counties.

The RKI has published a map of Germany showing the incidences by age group.

Some spots immediately catch the eye: The Berchtesgadener Land, for example, Straubing-Boden and Traunstein glow pink on the map, which means that the incidences here in 10 to 19-year-olds are between 500 and 1000.

One district is even colored purple.

In the Kyffhäuserkreis, the seven-day incidence in this age group is over 1000.

The Kyffhäuserkreis is located in Thuringia, around 75,000 people live there, including around 6,000 children and adolescents between 10 and 20. The seven-day incidence is insidious in its calculation: it indicates the number of new infections per 100,000 inhabitants for the past seven days .

On Wednesday, 73 infections among schoolchildren were known in the Kyffhäuserkreis.

For comparison: around 165,000 people between the ages of ten and 20 live in Hamburg.

73 new infections in this age group would mean an incidence of just over 40 in the metropolis.

Therefore, even single outbreaks can lead to very high incidences in smaller locations.

Nevertheless, the seven-day incidence provides information about the infection process and, above all, the dynamics with which the virus is currently spreading in one place.

An incidence above 1000 indicates that either there has been a major outbreak there or that a few infected people have already infected many more.

This in turn indicates that action should be taken quickly to prevent further spread.

Ulrich Thiele is the senior district director of the Kyffhäuserkreis.

There have been three events in the past four weeks that led to the high number of cases, he says.

"At some point we were no longer able to trace and break the chains of infection." It was also impossible to prevent the students from carrying the virus into their families, which contributed to an overall increase in the incidence in the district.

How did these hotspots come about? In Thuringia, the new school year began on September 6th. For the first two weeks there was compulsory testing in schools, since September 18 this has been lifted in Thuringia. After the outbreak in the soccer team around a month ago, rapid tests were again offered at the schools in the Kyffhäuserkreis, says Thiele, on a voluntary basis. In the state of Thuringia there is still no mask requirement in class. This could have contributed to the easier spread of the virus in the classrooms.

Another reason why the incidences are so high, especially in children and adolescents, is the lower vaccination rates in this age group. Only around 38 percent of 12 to 17 year olds have been fully vaccinated so far. No vaccination is yet approved for children under the age of twelve. In Thuringia, the vaccination rate of 59.7 percent is already below the national average, in the Kyffhäuserkreis it is only 52 percent, according to Thiele. According to the RKI vaccination rate monitoring in Thuringia, only 25.6 percent of young people between the ages of 12 and 17 are fully vaccinated. There is no individual evaluation of this age group for the Kyffhäuserkreis.

Assuming that only a quarter of schoolchildren over the age of twelve are protected against the virus by vaccination, it stands to reason that the particularly contagious Delta variant can spread comparatively easily among them. The RKI also attributes the high incidences in this age group to the infectiousness of Delta, among other things. Since only half of the adults in the Kyffhäuserkreis are vaccinated, the outbreaks in the younger generation automatically lead to an increase in the number of cases in the elderly. The general seven-day incidence in the Kyffhäuserkreis was 225.8 on Friday.

If the overall number of cases increases, so does the number of people who come to hospital with severe disease.

District director Thiele expects that the hospitalization rate will exceed the critical mark on the weekend and that the Kyffhäuserkreis will have to declare warning level 3.

Then more stringent measures take effect again, such as restrictions on participation in events or a general compulsory test in schools.

"Fortunately, it is not the children and adolescents who are with us in the hospital," says Thiele.

It is the middle ages and the elderly.

This can also be observed nationwide: According to the latest figures from the Divi Intensive Care Register, only 0.7 percent of Covid 19 intensive care patients are currently under 18 years of age.

Children and adolescents are significantly less likely to get seriously ill with Covid-19 than adults.

High incidences result in severe illnesses in the younger age groups much less often than in older ones.

But there are also serious cases among younger people, especially if they belong to the risk group, such as children with trisomy 21 or chronic diseases.

And young people can also suffer from long-term consequences after an infection.

Experts therefore repeatedly emphasize: the more children and adolescents become infected, the more will have severe courses or suffer from long-term consequences.

In Berchtesgadener Land, too, it is noticeable that the high incidences in children and adolescents are associated with an overall high incidence. According to the RKI, it was around 312 on Friday, and even more than 500 among 10 to 19-year-olds. Here, too, the younger ones have a large share in the infection process. More than half of the new cases can be traced back to schools and kindergartens, writes the local district office in response to a request from SPIEGEL. The reason for this is that the virus can spread relatively easily among the mostly unvaccinated children and adolescents and the regular tests make this infection process visible.

In the Bavarian district, classroom instruction applies, regardless of the incidence. Regular operations also prevail in the childcare facilities, i.e. daycare centers and kindergartens. At the beginning of October, the mask requirement was lifted in class, but there is a test requirement. In the other care facilities, on the other hand, there is only one test offer. And here, too, the general vaccination rate is comparatively low: only 53.8 percent of people are double vaccinated.

"The development is taken very seriously by the health department, but due to the loose regulations, a lot of personal responsibility and common sense is required of the citizens," writes the press spokeswoman for the district office. This includes testing yourself if you have symptoms and not going to work, daycare or school anyway. The district is now reacting to the situation with various measures, depending on the situation and the individual case. This included, for example, the ordering of test obligations or time-limited mask requirements indoors.

The Kyffhäuserkreis also takes the situation very seriously, according to District Director Thiele.

"We have decided to introduce compulsory masks for all teachers and pupils from the fifth grade onwards for one week at the hotspot schools affected," he says.

"Swimming lessons are banned, sports in gyms are banned and singing is not allowed either." He hoped that these measures could bring the infection process under control.

And after the week?

"Then it's autumn break," says Thiele. 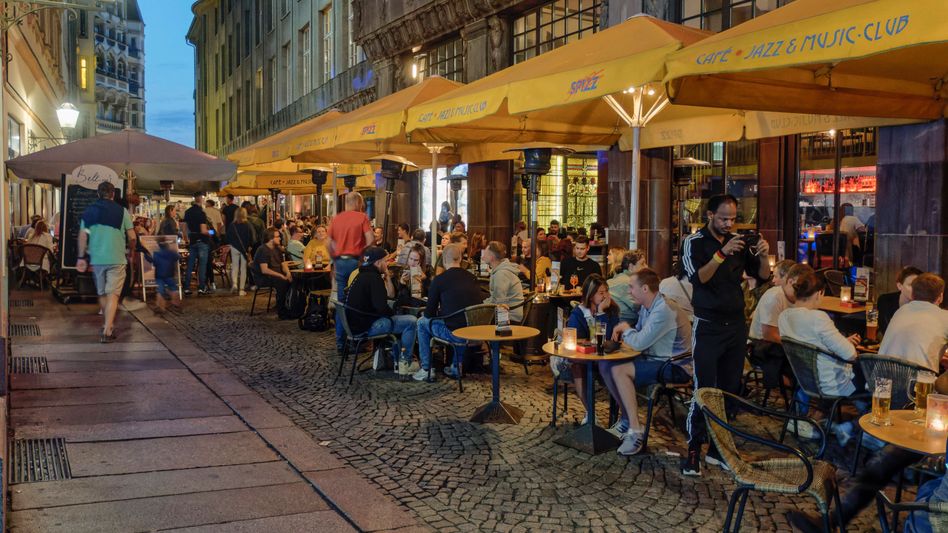 Coronavirus: will the east soon have a corona problem? "Children are not considered a vulnerable group": Mega incidence in daycare centers - but no quarantine 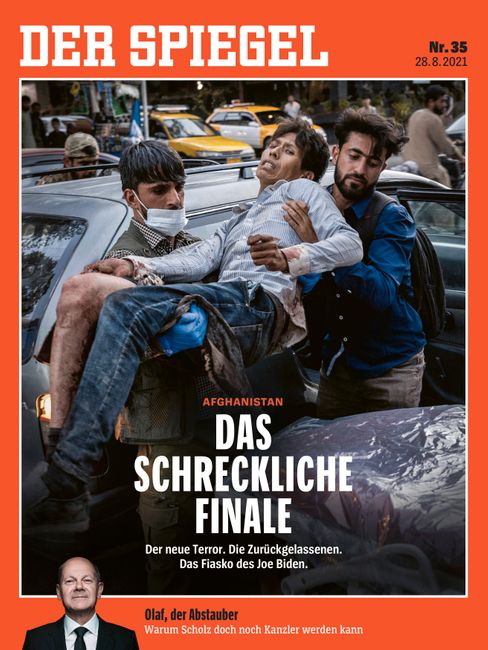 Germany is in the middle of the fourth wave