Sun for the world: The musical from Hanan Ben Ari's songs is quite simple, but also very moving - Walla! culture

"Champion of the World" presents a clever and sensitive preoccupation with prejudice, sound, deafness and adolescence, and illuminates new angles in the singer's songs - even if the frame story is familiar and didactically tired. Review

Sun for the world: The musical from Hanan Ben Ari's songs is quite simple, but also very moving

The "World Champion" at the Orna Porat Theater is a beautiful moment in Israeli culture: a wise and sensitive preoccupation with prejudice, voice, deafness and adolescence and illuminates new angles in the songs of the successful musician, even if the frame story is familiar and didactically tired.

Just as the songs compliment the show, it compliments them

The anthems are all Israeli.

In one of his great hits, Hanan Ben-Ari asks his listeners not to put him in the drawers and determine what he is in advance.

Do not summarize it as an entry in Wikipedia, because it does not begin and end with what is said about it.

It can be said that this sentence underlies the new musical of the Orna Porat Theater for Children and Youth, created on the basis of Ben Ari's songs and deals with prejudice, an attempt to find the personal voice, and the ability of music to bridge gaps.

More than that: just as the characters in the play fight to prove that they are more than they seem on the surface, so too do the songs attest to their creator: did you think it was sectoral faith pop?

You discovered the anthems that every Israeli child can relate to and express himself through.

It's just a beautiful moment in Israeli culture: Ben Ari's songs are flattering to the show, and she compliments them.

The musical, which goes by the name "World Champion", and was created by Shlomit Arnon Bar-Lev and Liat Fishman Lenny, tells a simple and tiredly familiar story - but quite effective.

You may have already seen something similar in some high school movie or series: Tom (Gilad Merhavi) is a new boy coming to school and having a hard time finding his place even in the music major, which should be his place to excel.

The school band is not functioning, and everyone is required to bring to class a song he has written.

But Tom is a talented singer and player and not exactly a songwriter, unlike his sister Shira, a hard of hearing girl who secretly writes exciting songs, which in the real world are actually the songs of Hanan Ben Ari.

In his desperate state he takes her song, and presents it to the class as if it were his own.

While the class is amazed by the songs, the lie eats to the end until the truth is revealed a moment before the fateful performance, and he is forced to take responsibility for his actions.

There is a happy ending of course, nothing to worry about.

Even if there is no unusual turn in this affair that is not completely generic - it works and is convincing, and even exciting, no less than other musicals that appear in adult theaters in Israel.

Much of the play stems from the play's preoccupation with the story of poetry, which communicates through sign language and physical gestures throughout the play (just as the entire play is accompanied by a translation into sign language).

Shira (the excellent Sally Eden Bar) is a cool, smart, funny, sensitive and beloved girl - a wonderful and non-trivial model in representing disabilities of all kinds, certainly in a genre based on sound.

Even without uttering a single word throughout the show, Eden Bar steals it in every scene.

The general theme - finding the personal voice - is expressed through the character in wisdom and sensitivity.

This is not some commitment to compliment based on political correctness: the character is captivating from the very first moment, even before mine the token fell on what exactly the story is about.

The cast actually consists of six actors in total, including Eyal Schechter in a double role as a music teacher and the widowed pains of Tom and Shira.

With this little bit - and without too much dancing and pyrotechnics - the show manages to do quite a bit.

This is an educational theater of course (the play is for ages 18-9), and the trouble is that as much as it touches on important things - its didactics is a bit oppressive, in the style of an expected social class.

It seems to me that he will speak more to his and their parents' younger target group than to cynical teenagers.

Either way, these too will have a hard time stopping the excitement when Shira finally takes the stage with the band, performing the songs she wrote in sign language - and bringing her voice to the world.

"I wish we could talk about something more important than 'Mama Mia' every night. But it's impossible."

Part of the success of the show lies in the reason why we all came together.

Plays based on the songs of a particular artist may be fantastic and may be sewn with nostalgic rudeness and nothing more.

But it was precisely the removal from the context of Ben-Ari's songs - huge one-on-one hits - that revealed a new beauty in them.

I was convinced for example that songs like "Wikipedia" - with the pathos and simple handsome language they have - could come out of every boy and girl's throat, and I would not be surprised if "Mother If I Were" were really written about the orphanage experience of poetry and innocence.

I want to say: there is something natural and impressive in the transformation of these songs into all-Israeli anthems.

So even if "World Champion" is far from a masterpiece, watching it is full of strawberries.

Sun for the world: The musical from Hanan Ben Ari's songs is quite simple, but also very moving - Walla! culture

Rami Kleinstein continues to scatter small gifts. If you give up the cynicism, it's lovely - Walla! culture

Every other evening we would grin cynically at the peace songs. In this show we felt how authentic it is - Walla! culture

Maor Cohen, the Opera Piacci and the Pigeon Song Festival: 8 recommendations for the end of February - Walla! culture

Who will get into Julie Andrews' shoes? "Sounds of Music" will be premiered at the Repertory Theater - Walla! culture 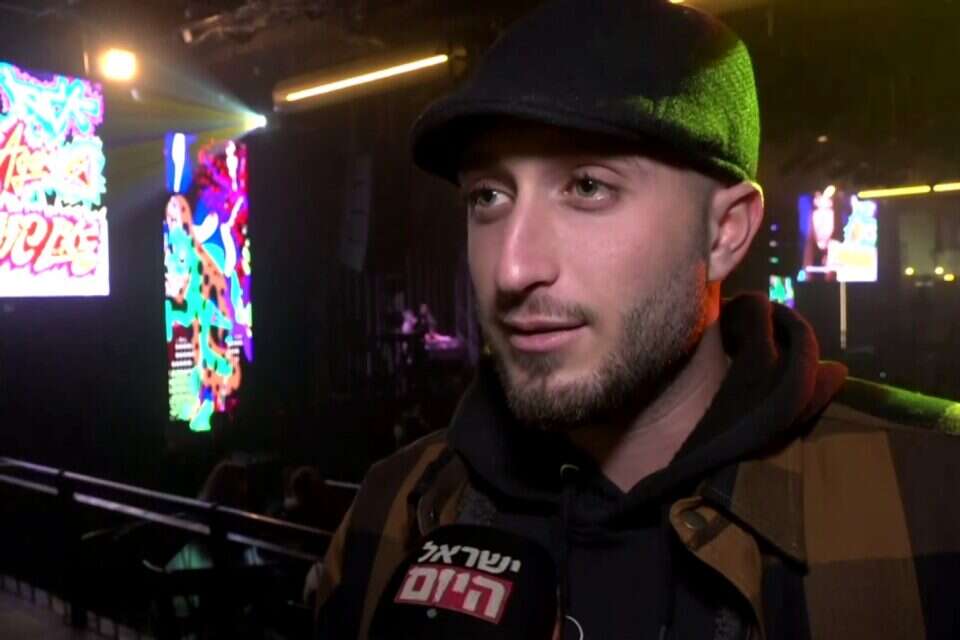 Admit we were surprised: Ben Zini is getting stronger? | Israel today