Is there a connection between Corona and Alzheimer's?

According to a Danish study, Corona allegedly increases the risk of an Alzheimer's diagnosis. But it is not that simple. 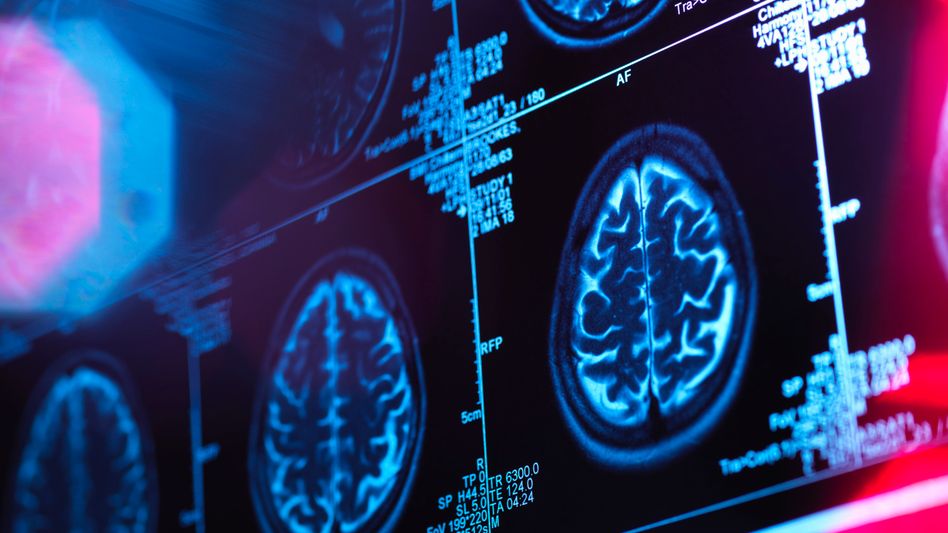 The coronavirus can also affect the brain

The corona virus can not only damage the lungs, but also other organs, that is well known.

Also that Corona can result in secondary diseases.

Another study is currently causing a stir: It examined how often people suffer from neurological diseases after a corona infection, flu or bacterial pneumonia.

The results indicate a connection between Corona and Alzheimer's, as reported by several media.

Federal Health Minister Karl Lauterbach wrote on Twitter that it was good to point out the danger.

But it is worth taking a closer look at the study: For most of the neurological diseases examined - including Alzheimer's - the study shows no difference between Covid-19, flu and pneumonia.

Comparison with influenza and pneumonia

For the study, which was presented at the congress of the European Academy of Neurology and published in the journal Frontiers of Neurology, researchers led by Pardis Zarifkar from Copenhagen University Hospital evaluated the health data of around 920,000 people between February 2020 and November 2021 had been tested for the corona virus.

Data from people who had bacterial pneumonia during this period and people who were diagnosed with influenza before the pandemic were also included.

According to the results of the study, there is an increased risk of Alzheimer's and Parkinson's disease in the group of people infected with corona compared to the group without a proven infection.

However, compared to people who had been diagnosed with flu or pneumonia, there was no increased risk for people with proven corona infection.

Anja Schneider, research group leader at the German Center for Neurodegenerative Diseases (DZNE) in Bonn, told the German Press Agency: It has been known for a long time that such respiratory diseases lead to inflammatory reactions that can increase the damaging effect on nerve cells in the brain.

The increased risk of a diagnosis shown in the study could possibly be due to the fact that a corona-related inflammatory reaction accelerates the damage to nerve cells and symptoms become visible more quickly.

Peter Berlit, Secretary General of the German Society for Neurology (DGN), told the dpa: One cannot deduce from the study that a person after a corona infection has an increased risk of developing Alzheimer's at a later point in time.

It has only been shown that symptoms are diagnosed more frequently after an infection.

He points out that external factors - such as losing one's familiar surroundings because someone has to go to a clinic - can also lead to an existing Alzheimer's disease becoming symptomatic.

The scientists themselves point out some limitations in their work.

The groups examined differed, but influencing factors such as lifestyle, length of stay in hospital or socioeconomic status were not taken into account.

This can affect the validity of the study, since a low socioeconomic status is a risk factor for Alzheimer's, for example.

However, the study also shows an interesting difference: according to the results, people infected with corona treated in hospital had an increased risk of suffering a stroke compared to inpatient flu patients.

This is consistent with the findings of previous studies, according to which the risk of a cerebral infarction is increased after Covid-19. Is there a connection between Corona and Alzheimer's?

Corona increases the risk of Alzheimer's - "Unfortunately, no scaremongering" warns Lauterbach on Twitter