26 departments have been placed on heat wave "orange alert" by the Weather Channel. Temperatures may again reach 40°C in some cities this Thursday. 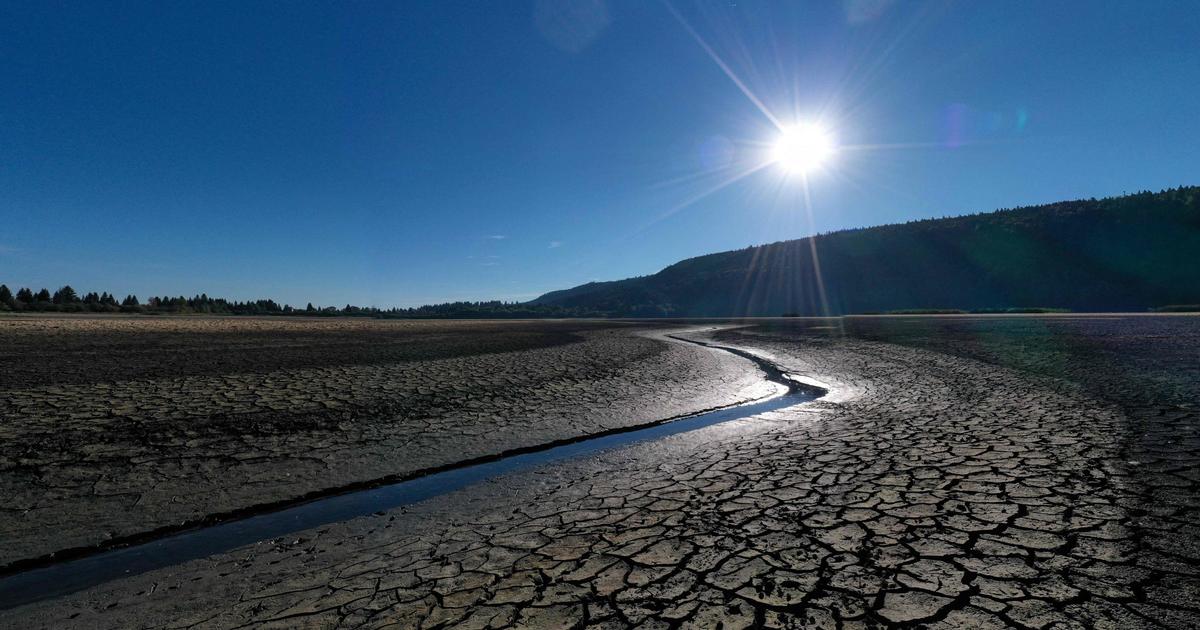 Between restrictions and concerns, France faces Wednesday the hottest day of the third heat wave recorded since June.

Temperatures could go up to 40°C in the Southwest and the drought is more marked every day.

“the hottest on a national scale”

and will be the hottest day

“in this part of the country”,

26 departments have been placed on “orange alert” by the organization due to high temperatures, which could reach 35 to 40°C on Thursday.

The Ministry of Ecological Transition also announced on Wednesday that two more departments are now in drought crisis: Lozère and Haut-Rhin.

However, this heat wave will be shorter than the previous one.

It should end from Friday on the northern half but persist,

"a few additional days in the south, gradually decreasing in intensity"

, according to the Weather Channel.

“We are worried (about) these close repetitions of heat waves”

“do not allow organisms to return to normal functioning”,

"We expect excess mortality as soon as we go into a heat wave (...) and in particular those aged 75 and over

"an assessment will be made in September".

In the meantime, in the city centers, there is a rush on water:

“We sell 100 bottles a day, against 20 as usual, while the Lyonnais are on vacation!”

, says an employee of the Le Viste newsstand, opposite Place Bellecour.

The prefect of Haute-Corse, for his part, called on citizens in a tweet on Tuesday to reduce their water consumption because

"at this rate (...) given the expected weather developments, there will be no more water in 25 days!”.

On various fronts of forest fires, in Haute-Corse as in the Alpes-de-Haute-Provence, the situation was stabilized.

Similarly, TER and TGV train traffic, interrupted Tuesday afternoon in the Landes due to a fire, the fire having been fixed.

July 2022 is the second driest month of all months combined in France since the beginning of the measurements in 1958-1959, with a cumulative aggregate precipitation of 9.7 millimeters, i.e. a precipitation deficit of approximately 84% compared to to normals.

In Gérardmer, (Vosges), the flow of the springs is so low that, since Wednesday, the town has been supplying its public water network with water from the lake.

Result: the water will be declared non-potable, a priori for 48 hours, the time to carry out bacteriological tests.

This is not a first, but it has never happened

In Haute-Corse the prefect launched a solemn appeal, warning against a

"severe crisis that is inevitable without a collective and united effort from all".

The absolute dryness record of surface soils, dating from 2003, could be beaten.

“I saw my olive blossoms burn

"The olives turn black, they wrinkle and have an abnormal size"

, continues the operator, 64, who, after extracting 2 tons of oil from his olives in 2021, does not expect to produce more than 400. liters this year.

Another consequence of the heat wave: EDF announced possible

of production at its nuclear power plant in Tricastin (Drôme), due to

"high temperature forecasts on the Rhône"

, whose water is used to cool the reactors.

Alert also on the Rhine, where the boats must be lightened by a third because

of "the sinking problems",

Read alsoGlobal warming: after a dry season, alpine glaciers more than ever threatened by melting

Ditto for the level of the Garonne: in Toulouse, anglers had to post themselves in the middle of the bed of the river on Wednesday and companies had to cancel cruises linking the quays of Bordeaux to the vineyards upstream.

Drought and heat wave are

“the manifestation of global warming, today no one”

it, explained Wednesday morning the Minister for Energy Transition Agnès Pannier-Runacher on Cnews, for whom,

“the 2022 climate is perhaps the freshest of years to come”.

: "we will have to think about a new form of agriculture"

, she said on France 2. And to question:

"can we still afford to continue"

"which needs a lot of surface water?". 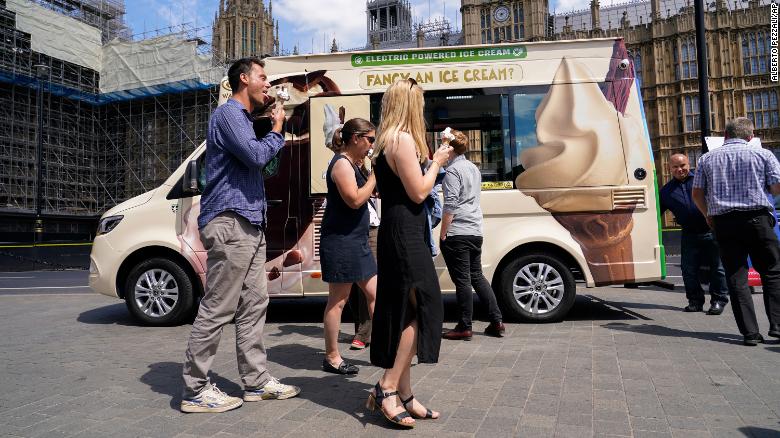 Bushfires rage across France and Spain amid heatwave, while the UK faces its hottest day yet 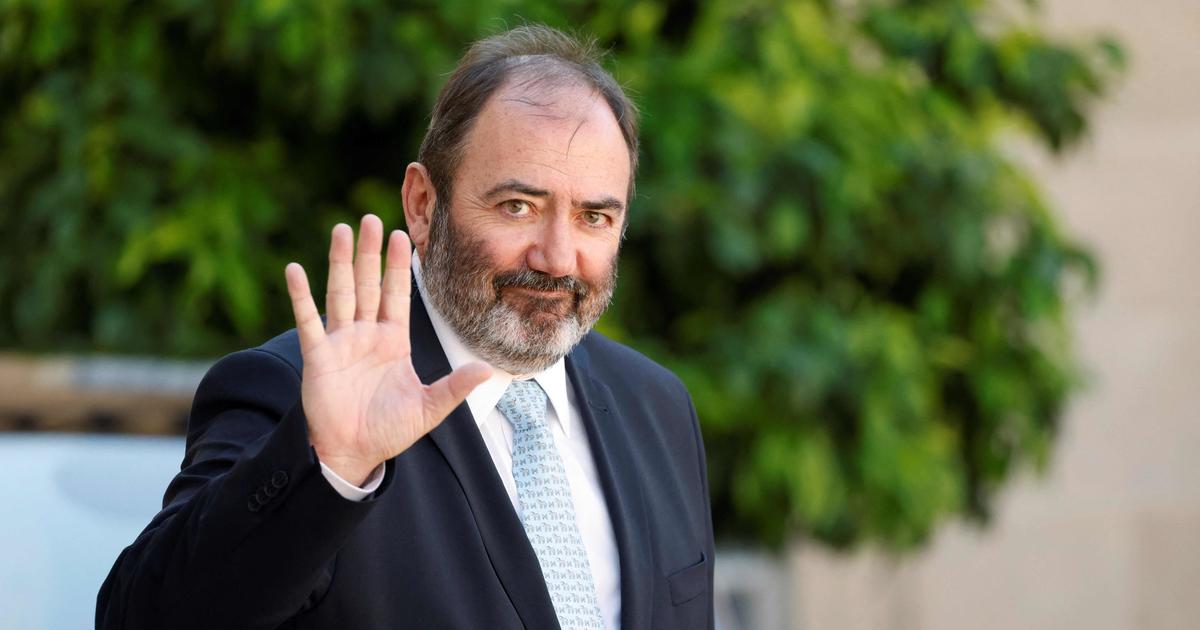 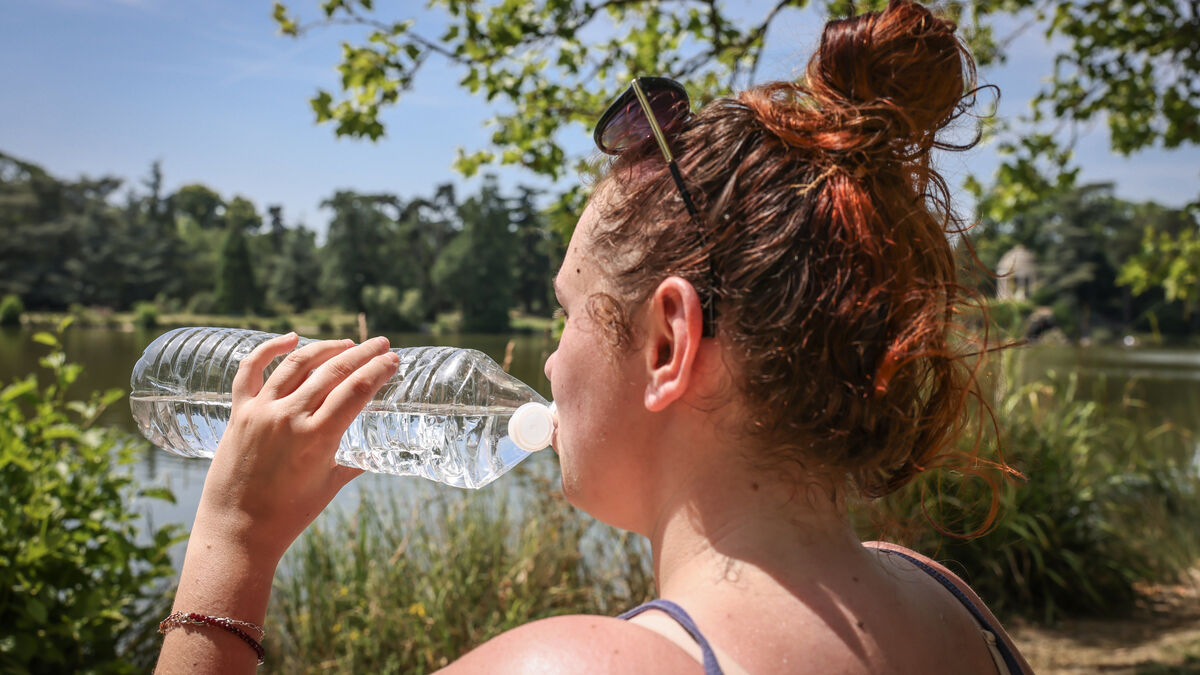 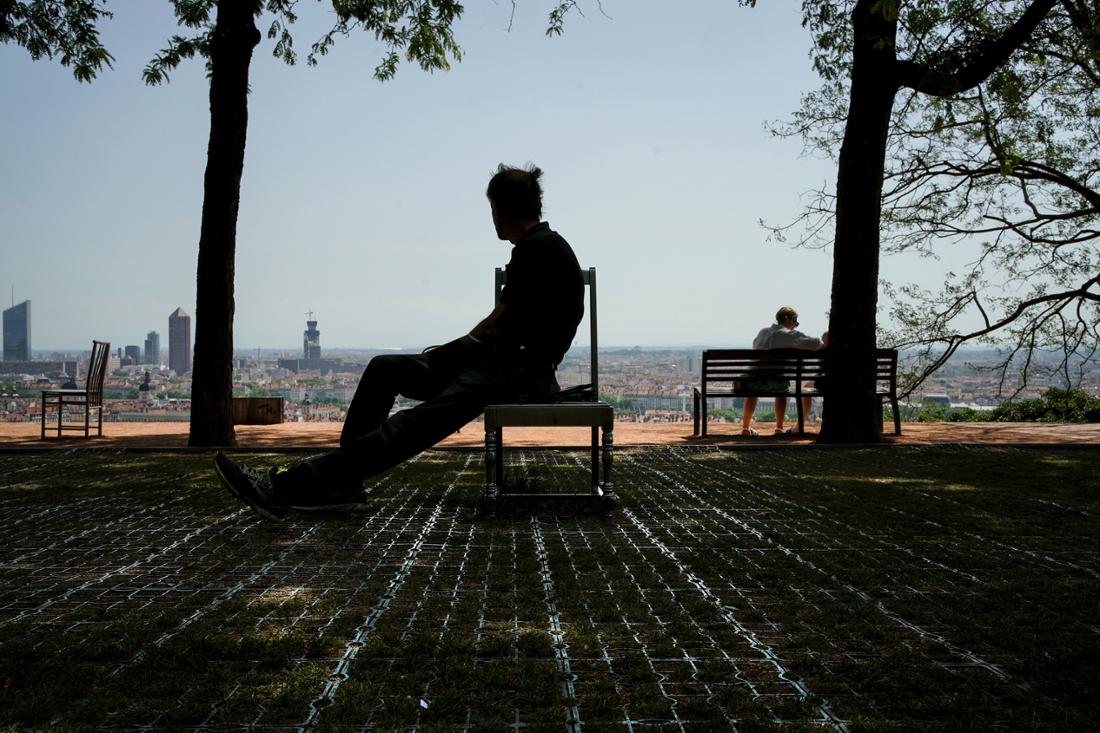 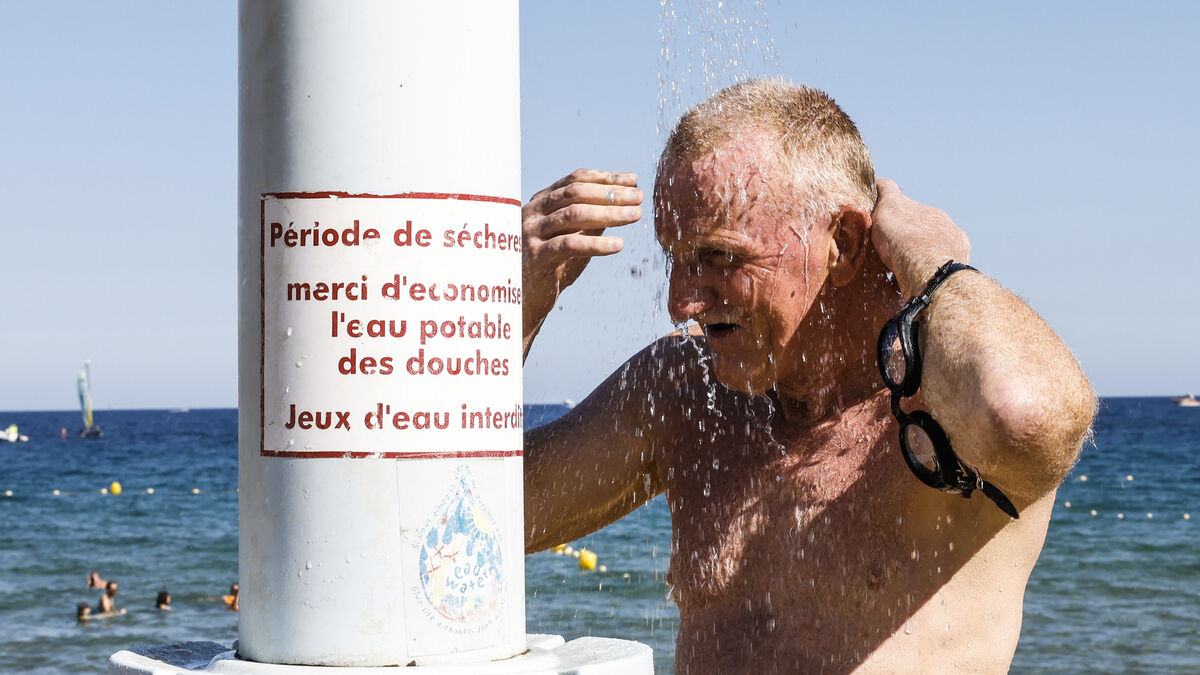 Heat wave: the episode of extreme heat still violent the next few days in the south-east of the country 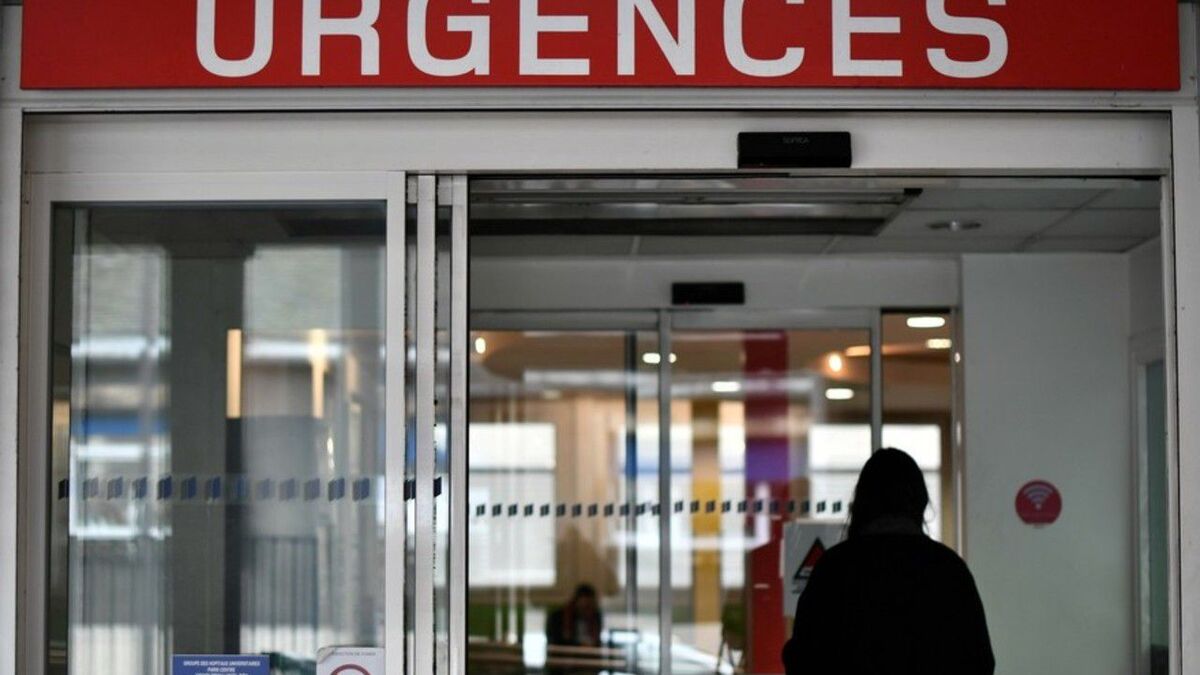 High mortality in July, the heat wave “probably” in question 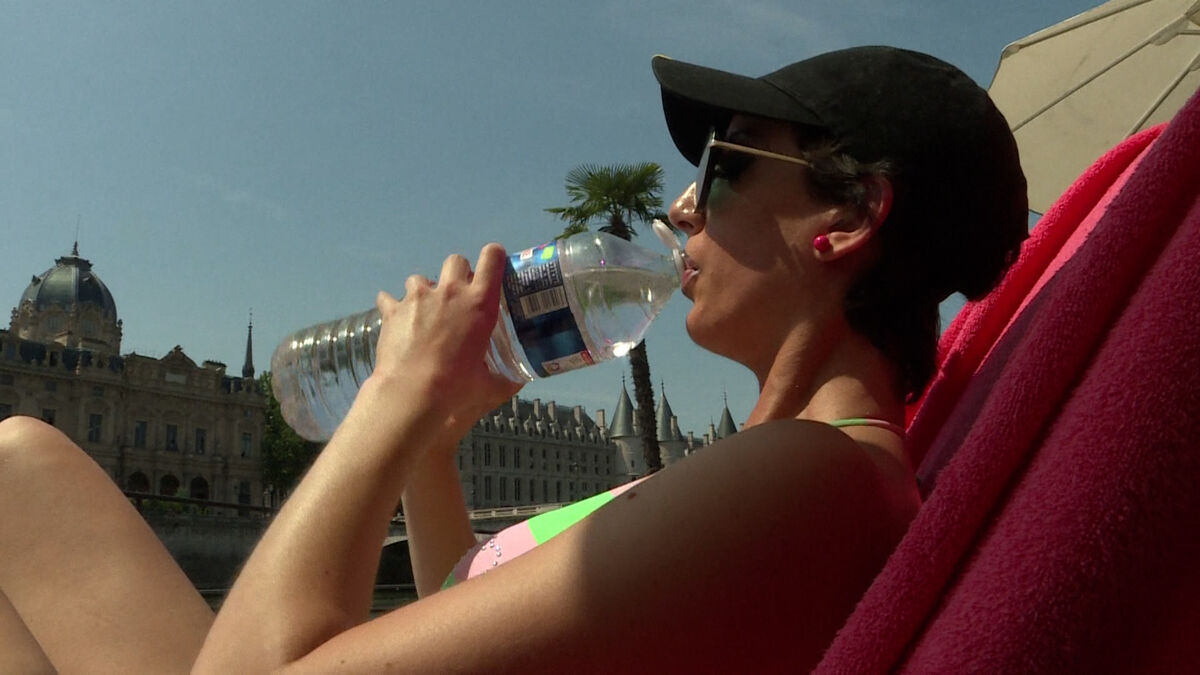