Young adults between the ages of 18 and 25 cause many road accidents. But according to an insurance analysis, they are much safer on the road if their parents were there early on. However, a majority rejects the driver's license at 16. 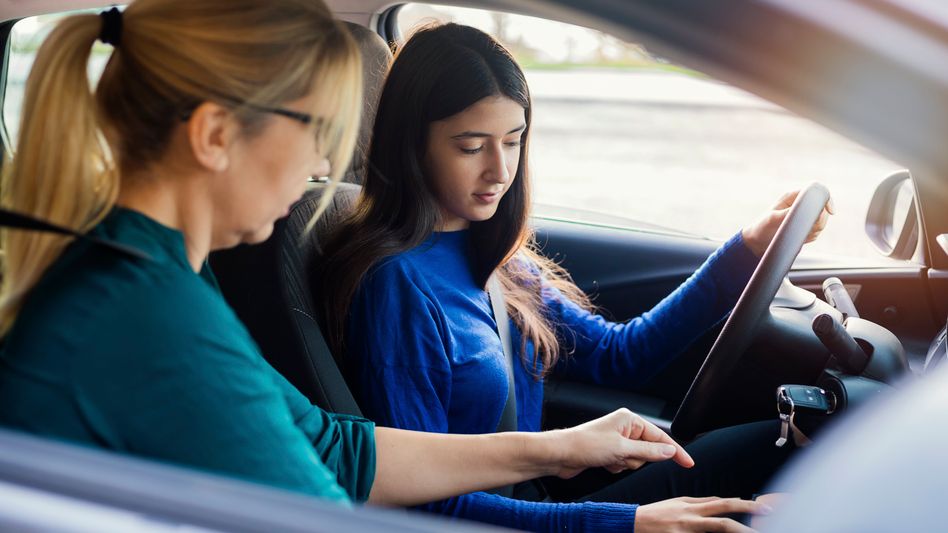 Accompanied driving: On statistical average, young and very old drivers cause the most accidents

Anyone who practices driving at the age of 17 accompanied by their mother or father is less likely to cause accidents later on: Young drivers between the ages of 18 and 25 have a “damage frequency” that is more than a quarter lower if they have already obtained their driver’s license at the age of 17 and practiced “accompanied driving”. have, as an analysis by HUK Coburg has shown.

Accompanying persons do not have to be the parents, but this is the practice in most families.

According to the analysis, the effect of "accompanied driving" is greatest among 18 and 19-year-olds: In this age group, the frequency of claims for 18- and 19-year-old novice drivers is 28 percent lower than for those who are unaccompanied in the passenger seat Learn how to drive on your own responsibility.

According to the HUK, the positive effect has a long-term effect: for 20 to 22-year-old drivers, the frequency of claims is 26 percent lower if they practiced accompanied driving years earlier at the age of 17.

The traffic light coalition wants to allow accompanied driving at the age of 16.

However, according to a Yougov survey commissioned by HUK, the majority of citizens reject this.

In the representative survey of 4173 people aged 16 and over, 34 percent were in favor, a majority of 54 percent were against - the older the participants, the higher the proportion of opponents.

The survey dates from the beginning of the year, but the HUK assumes that nothing significant has changed in this mood.

According to the insurer's experts, accompanied driving at the age of 16 could also make traffic safer.

On statistical average, young and very old drivers cause the most accidents, while middle-aged drivers drive the safest.

This is why the premium curve for car insurance over the course of a driver's life is U-shaped: novice drivers pay high premiums, in middle age the premiums are low, and when you retire, car policies become much more expensive again. Heat and drugs, key factors in the increase in traffic accidents