A forgotten brand returns from the dead • Mortal Kombat gets a new movie • Street Fighter corrects a historical distortion • And will Tekken 8 be revealed soon? 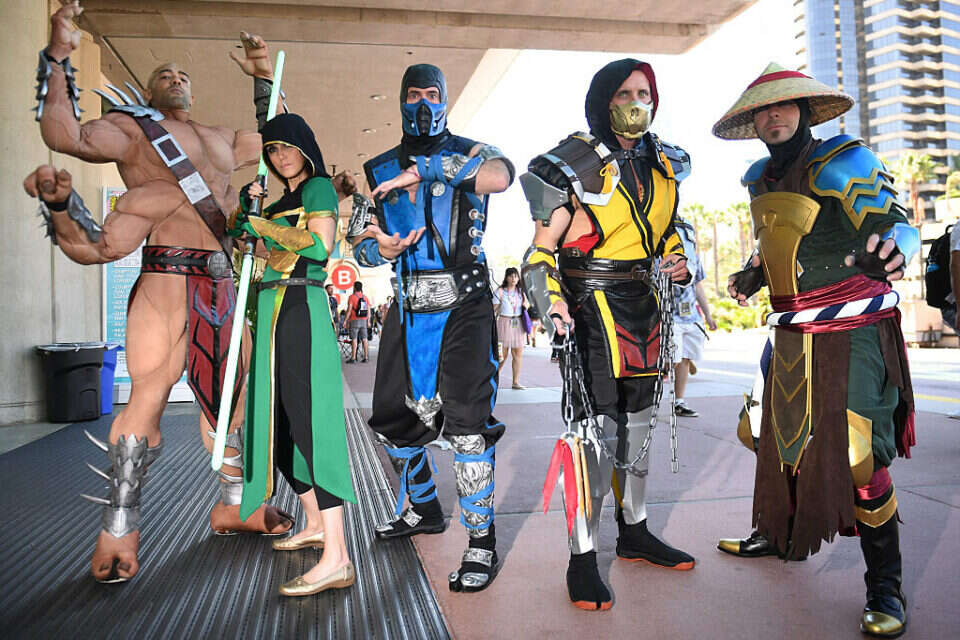 The Fatal Fury fighting game series is back, after a 23-year hiatus.

Although the Japanese company SNK did not provide too many details about the new game - it is not yet known what it will be called, when it will be released and on which platforms - but contented itself with a short video and the announcement that it is a "turning point in the world of fighting games".

A quick history lesson: The Fatal Fury brand began in 1991 as a 2D one-on-one beat-em-up game for the Neo Geo console, also by SNK.

Most, if not all of the main games in the series were first released for the arcade and Neo Geo, and only then were they converted to other platforms.

The main news that Fatal Fury brought to the fighting game genre was the possibility to fight in two planes, front and back, when the character could jump "in and out" between these planes, thus avoiding the opponent.

Over the years, Fatal Fury was pushed aside and succumbed to competitors such as Street Fighter, Mortal Kombat and Tekken.

After Fatal Fury: Mark of the Wolves was released in 1999, SNK decided to abandon the brand and focused on the subsidiary series The King of Fighters, which continues to this day and is mostly successful in Japan.

Will the FF comeback prove to be a success?

At most we will have Tekken 8 - details in the next news.

After a break of 23 years: fatal, photography: none

What, Tekken 8 is really coming?

The odds are not bad at all.

The Bandai-Namco company also revealed this week a teaser for its new fighting game - another title in the legendary 3D fighting game series.

Despite this, it is still too early to determine if this is an eighth episode of Tekken, some kind of spinoff, or even a remake of the first episode of the series.

The words "Get Ready" are emblazoned at the end of the video (which features a famous ending scene from Technic 1, perhaps hinting at some sort of reboot), so a full announcement is expected soon.

Maybe it will happen as early as August 17th, when Bandai-Namco will release a free, and presumably final, update to Tekken 7. Can you believe that game came out in 2015?

As time goes by.

For the eighth time?

I don't see a shower

There's a new Mortal Kombat movie, but it's not what you thought.

Mortal Kombat Legends: Snow Blind is an animated production from Warner Brothers, which unfolds the story of Kenshi - a blind fighter who is considered one of the most beloved characters in the world of Mortal Kombat.

This is actually the third installment in the Legends movies: the first from 2020 focused on Scorpion, the second from 2021 put Lu Kang in the foreground, and now Mr. Kenshi takes center stage.

Warner Studios had to provide a first look at the new film, which will be released on October 11 directly to the network and Blu-ray, and will not be screened in theaters.

In the trailer you can see that guys like Sub Zero and Kino will also jump in to say hello (and throw a spinning kick), but what about, you know, an official announcement of Mortal Kombat 12?

Although it is known that the game is in advanced stages of development, the developers still insist on maintaining wireless silence.

Surprising, but true: to date, out of about 115 different and diverse characters from all over the world, Street Fighter has never had a fighter of African-American origin.

That injustice is about to change, as next year's Street Fighter 6 will introduce the world to Kimberly - a brand new character described as a "ninja with an urban twist".

Kimberly the skin wall, who as mentioned above comes from the USA, is an avid 80's fan. This is evidenced by the portable cassette tape (not a double cast with a flipping head? We don't buy!) and the spray cans she keeps especially for her special strokes. Just don't get it in the eyes. And here is the reveal trailer for the character Go Kimberly!

Made in Israel: watch the Israeli computer games special - voila! The gaming channel

The beating game of League of Legends will be free - voila! The gaming channel

Overwatch 2 beta on the doorstep: How to participate? - Walla! The gaming channel