And this time: why Android users want to switch to the iPhone, Xiaomi announced a humanoid robot and YouTube enters the world of streaming - sort of. watch

Permanent survey: about a quarter of Android users want to switch to an iPhone - and this is the reason

Connect with Yanon Ben Shushan's presentation - the technological flash that will bring you everything that is important and interesting in the world of technology, and a little beyond.

And this time: why do Android users want to switch to the iPhone, Xiaomi announced a humanoid robot and who is the most hated app in the world?

A new survey reveals: almost half of Android users are considering switching to an iPhone due to fear of privacy and security issues.

The survey, in which 1,003 Americans were asked about their security habits and connection to the mobile device, shows that they feel safer when using the iPhone 13 Pro Max, compared to Samsung's Galaxy S22 Ultra.

The details in the full section?

YouTube is entering the streaming market - roughly: the video giant is building a new platform under the name "The Channel Store" - according to a report by the Wall Street Journal.

According to the publication, the new service will probably be launched this fall, and will allow users to purchase content (series and movies) from the best providers in one place.

In fact, Google decided to apply the saying "if you can't beat them, join them", and enter the crowded streaming market by consolidating the content of competitors.

To some extent, it is also a kind of final admission that YouTube cannot compete with Netflix and HBO.

This is the most hated app in the world

Which app is the most hated by Israelis?

A study published in EH found the most hated apps anywhere in the world, based on three million tweets mentioning apps of all kinds.

Unsurprisingly, after the disappointing launch, our most hated app is Disney Plus.

In addition, Disney Plus is the most hated in 18 countries in the entertainment category, second only to Steam, and immediately behind Netflix, with 17 countries.

The most hated app in the world is Roblox - the multiplayer online game platform that is hated in 21 countries.

In second place - Tinder, which is hated in 19 countries.

In our neighbor Cyprus, the most hated application is Tik Tok, and in Jordan - the game Clash of Clans.

You won't believe how delicious it is: pasta in avocado cream with peas

Xiaomi also has a humanoid robot

The Chinese technology giant Xiaomi announced the CyberOne - a humanoid robot that can recognize 85 types of environmental sounds and 45 classifications of human emotion.

The new robot comes with impressive technical specifications - it is one meter and 77 centimeters tall, it weighs about 52 kg and is able to lift a load of about 1.5 kg with each of its hands.

It includes 21 modes of freedom of movement, each of which is able to react within 0.5 milliseconds - "allowing it to fully simulate human movements", according to the company.

In a demonstration video released by Xiaomi, you can see that the CyberOne successfully passes obstacles (and very slowly), falls, scans the environment, walks in the rain - and picks a flower.

And what is the price?

Mark Zuckerberg puts an end to one of the biggest problems in WhatsApp - Walla! technology

For the first time in history: iPhone's market share in the US overtakes Android - voila! Technology Many users affected: The WhatsApp service will soon be discontinued on these iPhones

Many users affected: The WhatsApp service will soon be discontinued on these iPhones 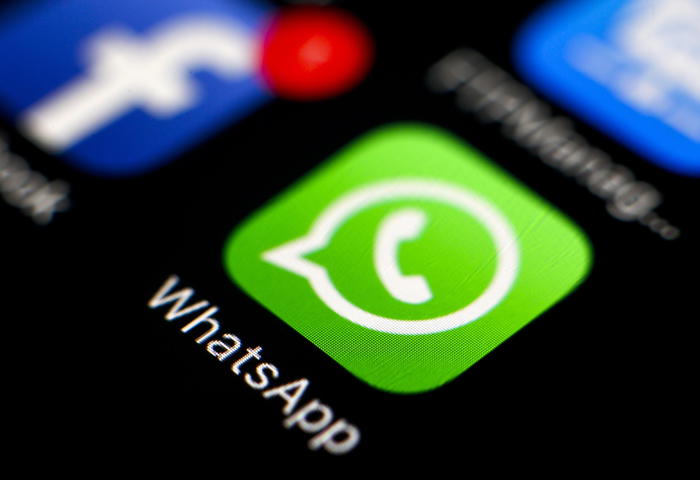 WhatsApp, you can transfer data from Android to iOS