The YouTube star found a solution: this is how snakes can walk Israel today

YouTube star Alan Pan decided to do historical justice and developed a four-legged robotic device • "When an animal is born with a deformed leg, we make a prosthesis for it. It's the same thing" 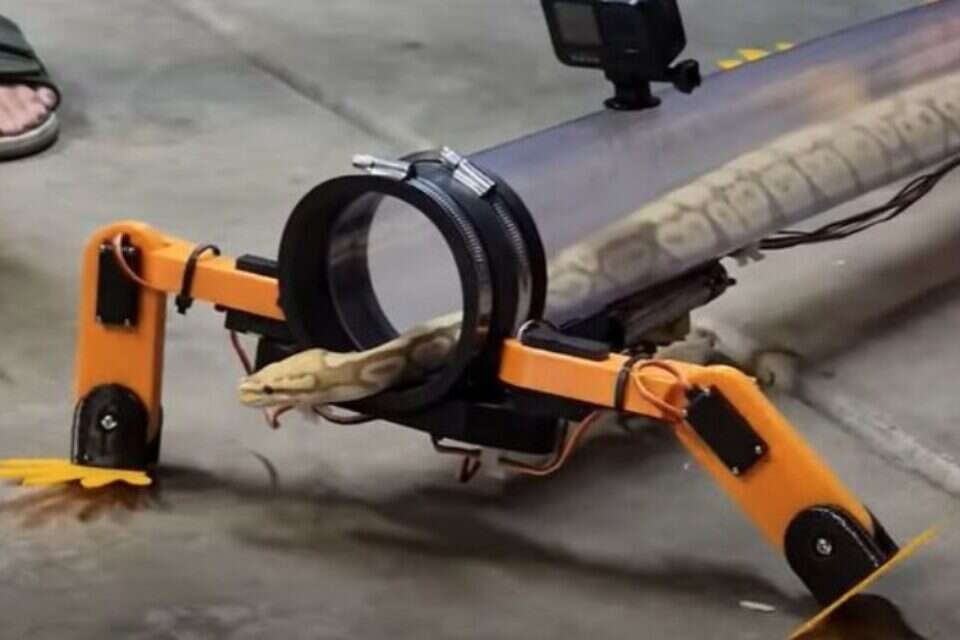 YouTube star Alan Pan, from Los Angeles, loves animals and in this context he decided to correct the evolution that deprived snakes of their legs, unjustly in his opinion.

For this he developed a four-legged robotic device that allows snakes to walk again and not just crawl on the ground.

In a video he uploaded to the web, he explains that "snakes had legs until 150-100 million years ago, and then they lost them and could do without them. The loss of legs is due to an evolutionary mutation. I feel bad that the snakes lost their legs in this way, so I decided to change it. Just like when an animal is born with a deformed leg, we make him a prosthesis with which he gets along, so I decided to make a facility for snakes where they can walk with them again, using amazing cyborg legs."

In fact, Allen Pan built a plastic tube that is attached to four computer-controlled legs.

To actually test his invention, the YouTuber went to a snake farm and moved one of the snakes to the pipe.

The result is that the snake looks with great interest out of the pipe as the robotic legs move it independently along the way.

The YouTuber was very excited and enthusiastic about his invention and said "I can't believe it really works".

And he adds, "Look, the snake totally wants its legs back."

In response, the snake breeder laughs from the side and says "Look, the snake likes it and even looks from side to side".

One of them wrote "As the owner of a legless snake I am grateful that someone is thinking of them. Thank you so much for thinking of the little guys."

Another surfer noted and wrote that "the snake finally got into it and seemed to say: 'Oh how nice it is.'"

The YouTube star found a solution: this is how snakes can walk Israel today

The snake season has begun; This is what to do if you come across a snake on a trip - Walla! Tourism

Rare documentation: Achsan snakes in a deadly dance to win the attention of a snake - voila! tourism

In the middle of the trip in Eilat, a snake preyed on a tortoise. And there is also documentation - voila! tourism 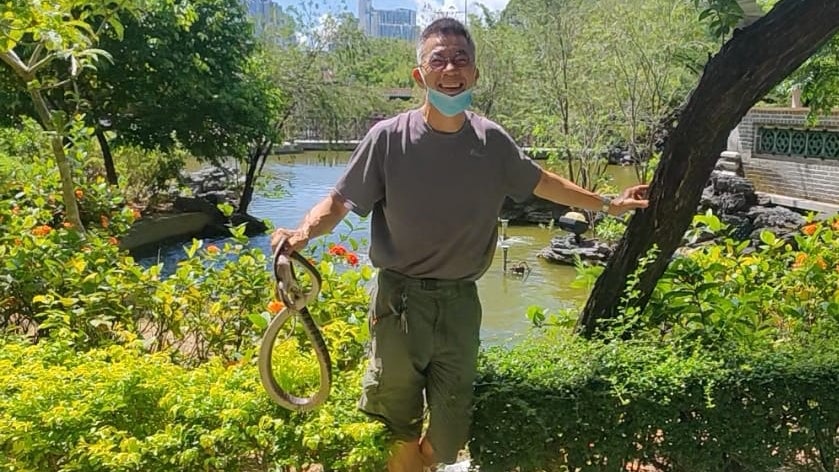 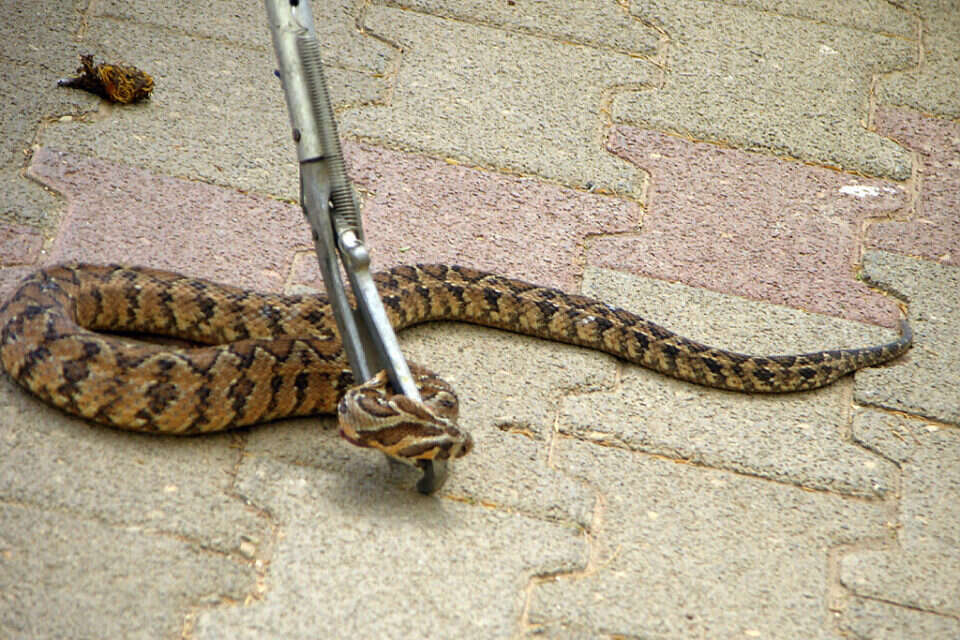 Life-saving guide: How to act while biting a snake Israel today 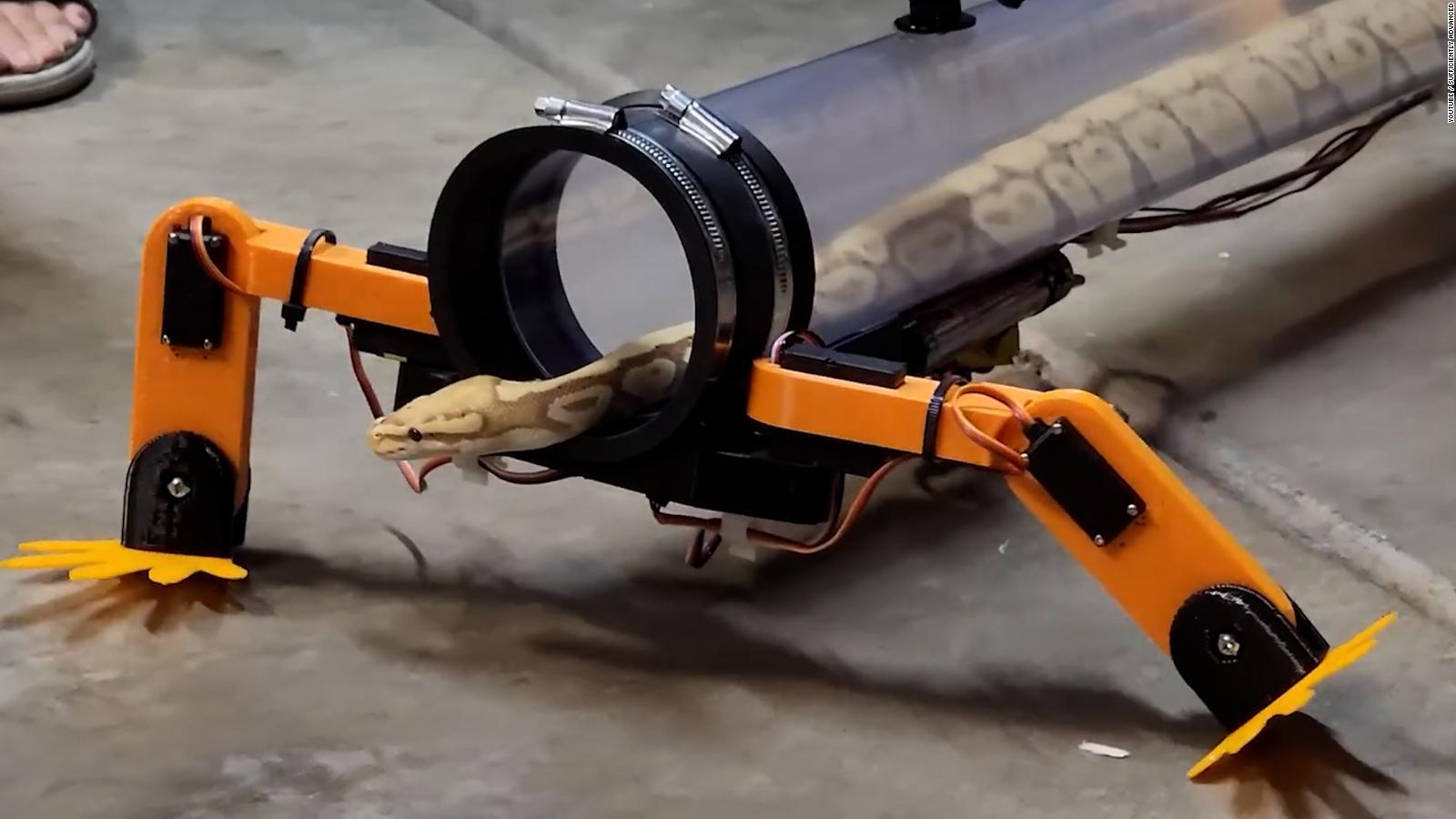