The ultimate guide to free up space on your mobile phone

These tools in the cloud can help us not to worry about the capacity of our mobiles More and more photos are taken with the mobile, more WhatsApp with attachments are received and more series and movies are downloaded to enjoy them on the way to work. Storage space on mobile phones has become a new Eden to which every user aspires. There is no worse news than reading on the mobile screen that no more photos can be stored, or worse still, updating the operating system, due to a la 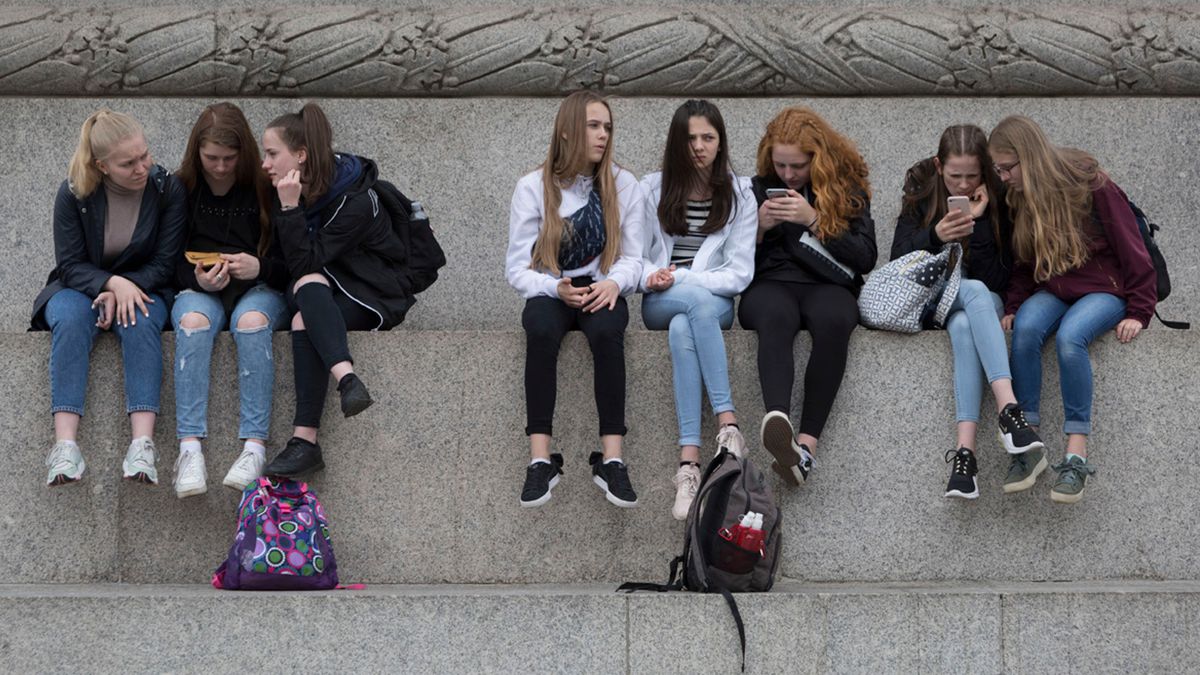 More and more photos are taken with the mobile, more WhatsApp with attachments are received and more series and movies are downloaded to enjoy them on the way to work.

Storage space on mobile phones has become a new Eden to which every user aspires.

There is no worse news than reading on the mobile screen that no more photos can be stored, or worse still, updating the operating system, due to a lack of space.

The increase in storage capacity in mobile phones has followed a slow but steady path;

however, this curve seems to be gradually flattening out.

For what reason, if the demand for space continues to grow?

We find the answer in the cloud: manufacturers appreciate all the advantages, and not only for the user, in choosing to trust the multimedia content on a remote server.

The solution is in the cloud

This commitment transfers the need for space from limited hardware to a scalable remote structure, with the following advantages for the user:

Good, nice, cheap... Why don't people opt for external servers instead of storage on the device itself?

In fact, and although possibly not everyone is aware of it, most manufacturers are already doing it: Google insists that Android owners activate synchronization with Google Photos, while Apple does the same with iCloud (and what to say about those who use Dropbox, who are tempted by alerts to activate the upload of photos to their servers).

The big brands have good reasons to seduce their clients with the bonanzas of remote servers: they allow the possibility of contracting subscription plans, a

for them, since, in addition to perpetuating the billing with the client, they retain it by generating more resistance to a possible change of platform.

If someone has, for example, 20,000 photos on Google... Why complicate your life by migrating them to iCloud when you buy an iPhone?

Is it a safe solution?

“You can perceive a risk in terms of privacy”, explains Fernando Suárez Lorenzo, president of the General Council of Professional Associations of Computer Engineering, “but the truth is that these services mainly offer security against accidental losses”, he concludes.

This expert points out that the companies that provide cloud hosting services "take great care" in guaranteeing the privacy of their users, something that is strictly regulated by law.

The main solutions in the cloud

As we have pointed out before, both Google and Apple offer a service tailored to their positives, offering the added advantage of integration.

Thus, iCloud, the Cupertino service, has a system through which photos and applications that are not used or consulted are removed from the device, redownloading them automatically at the time the user accesses them.

Google One, the muscle of the algorithm

It will be the natural solution for all Android users, and not only because of the integration with the platform, but also because the first 15 GB are totally free.

This space is more than enough for a non-intensive user, especially if you take into account that, with a single click, you can access the next step: a whopping 100 GB of storage (1.99 euros per month).

Those who opt for the

of the almighty Google will also enjoy the potential of its applications, such as Google Photos and the office suite, Docs.

The firm founded by Sergey Brin and Larry Page offers the guarantees of a more than consolidated giant, although this company has always defended itself against accusations of monetizing the private information of its users.

In the case of payment services, Google explains in detail its strict privacy policy and the possible use of private data for commercial purposes has been denied ad nauseam by Sundar Pichai himself, CEO of the company.

Who does not need to give any kind of explanation regarding the security and privacy of the data of its Apple users, which has taken these values ​​as a flag from the first moment.

The toll to pay for not making the subscribers' information profitable, yes, will be the price: iCloud is only free in a testimonial 5 GB, which serve as an appetizer for occasional users of the iPhone camera and those who do not make intensive use of the device.

The next level requires checking out: 0.99 euros per month for 50 GB, a space that many iPhone users criticize as scarce.

iCloud offers, yes, impeccable integration throughout the company's ecosystem and allows you to considerably reduce space on iPhones by automatically uploading unused photos and applications to the cloud.

Dropbox, the "hard drive for everyone" in the cloud

But without a doubt, the merit of “democratizing” cloud services must be given to Dropbox, and being the first has given them a considerable advantage.

Daniel Ek's popular product enjoys one of the best integrations on the market. Why is this important?

Because it is insultingly easy to upload any type of document, photo or file from practically all the applications on the market.

That is, the developers have always considered Dropbox when establishing interactions and that makes this tool an exceptional cross backup,

both with mobile devices and desktop.

Regarding prices, the free base 2 GB will serve the user to do his tests and as soon as he is convinced of the good work of the system, climb to the higher level from which it is rare to download: 2 TB for 9.99 euros a month.

As can be seen, Dropbox's commitment goes beyond the mere storage of photos and videos and wants to establish itself as the only backup in the cloud for all the devices in the home.

Movistar Cloud, open bar for subscribers to the operator

What is the counterpart?

Will private data be exploited?

Movistar has settled this debate by offering a totally unlimited and free storage service for its subscribers;

there is no small print or conflict of interest: the operator wants to occupy all the needs of its subscribers to prevent them from satisfying them outside its umbrella.

The operator's business is based on a monthly fee that it tries to fill with value-added services, as is the case with Movistar Cloud.

The end-to-end encryption and the possibility for the user to manage all their information from the app itself, serve as de facto proof that it is an extra at the service of its subscribers. 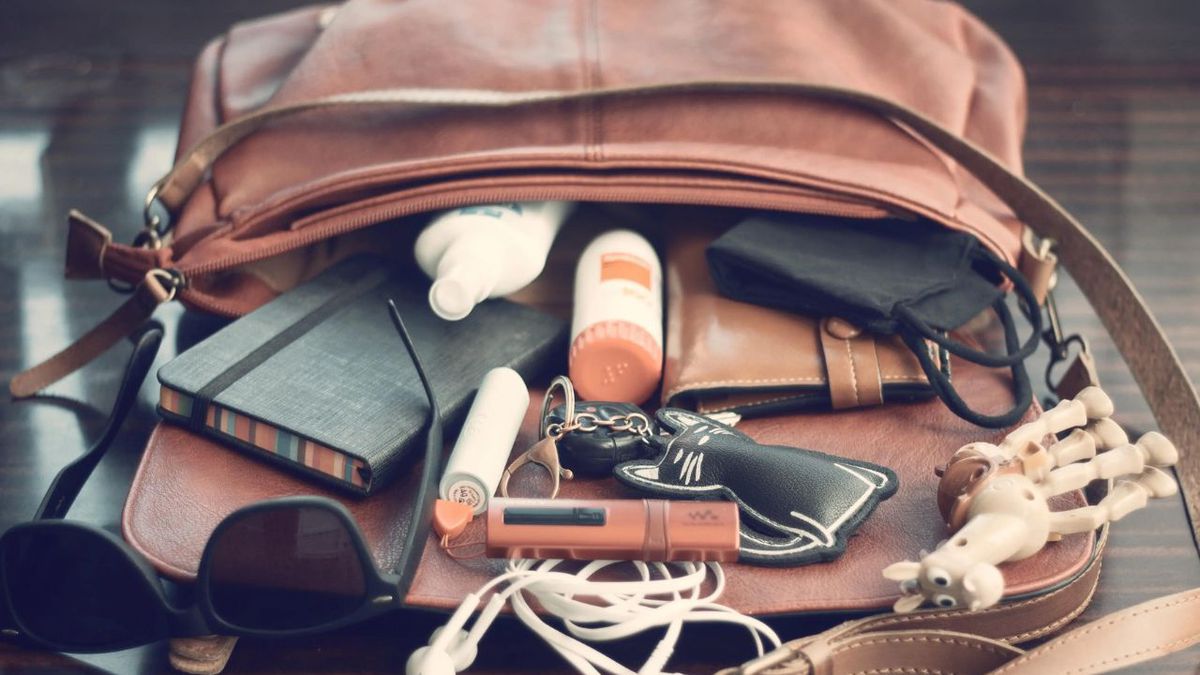 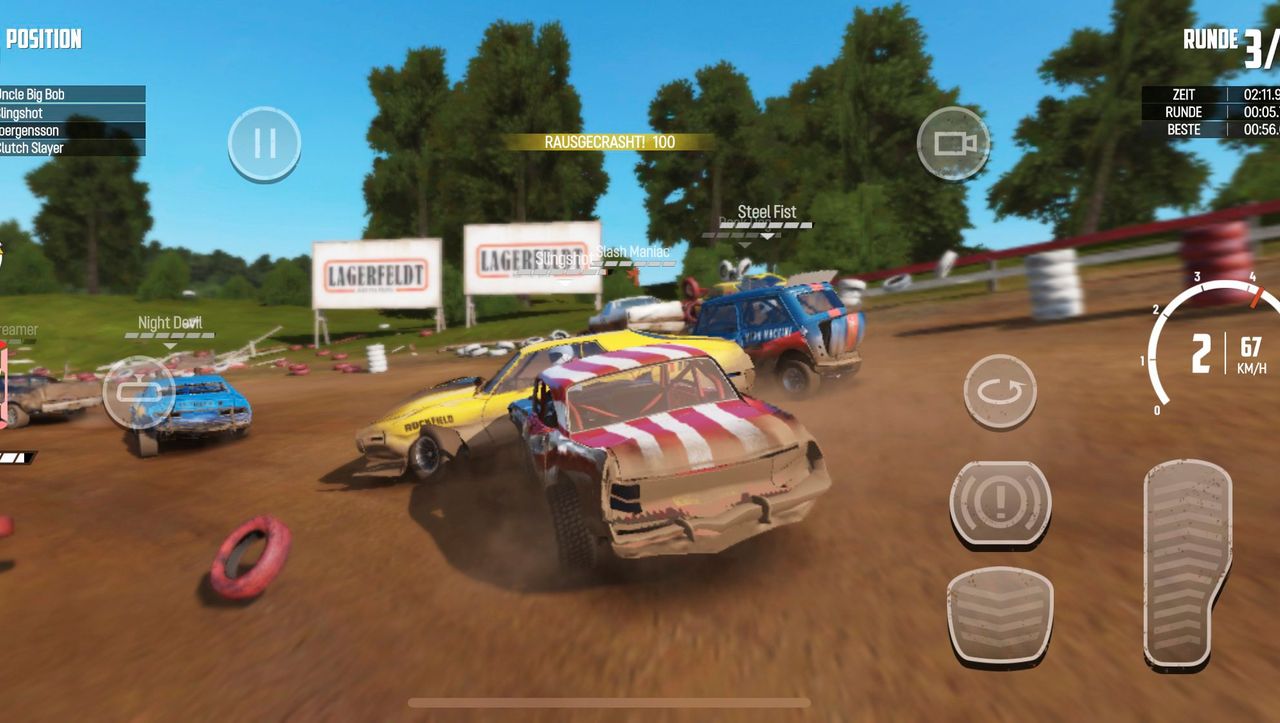 The best apps: scrap cars, sort Lego and be scared together Invoice not paid or credit taken out? Everyone should know these Schufa rules RED by SFR: an iPhone X is FREE thanks to the 100 GB mobile plan! 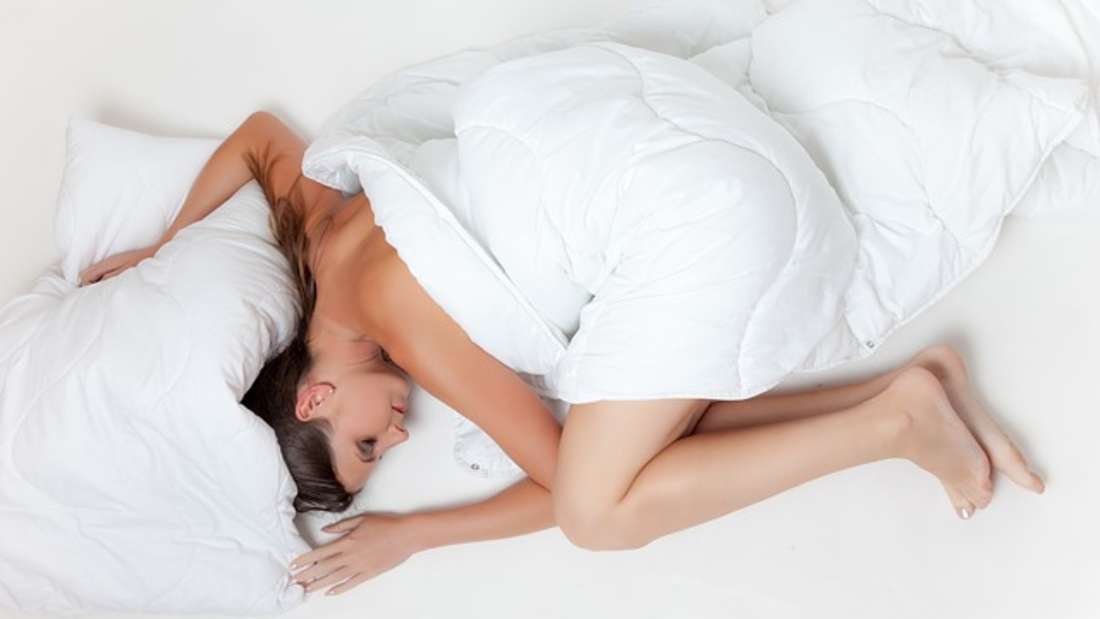 Most people gamble on their smartphones: which mobile phone game is currently one of the most popular

Most people gamble on their smartphones: which mobile phone game is currently one of the most popular 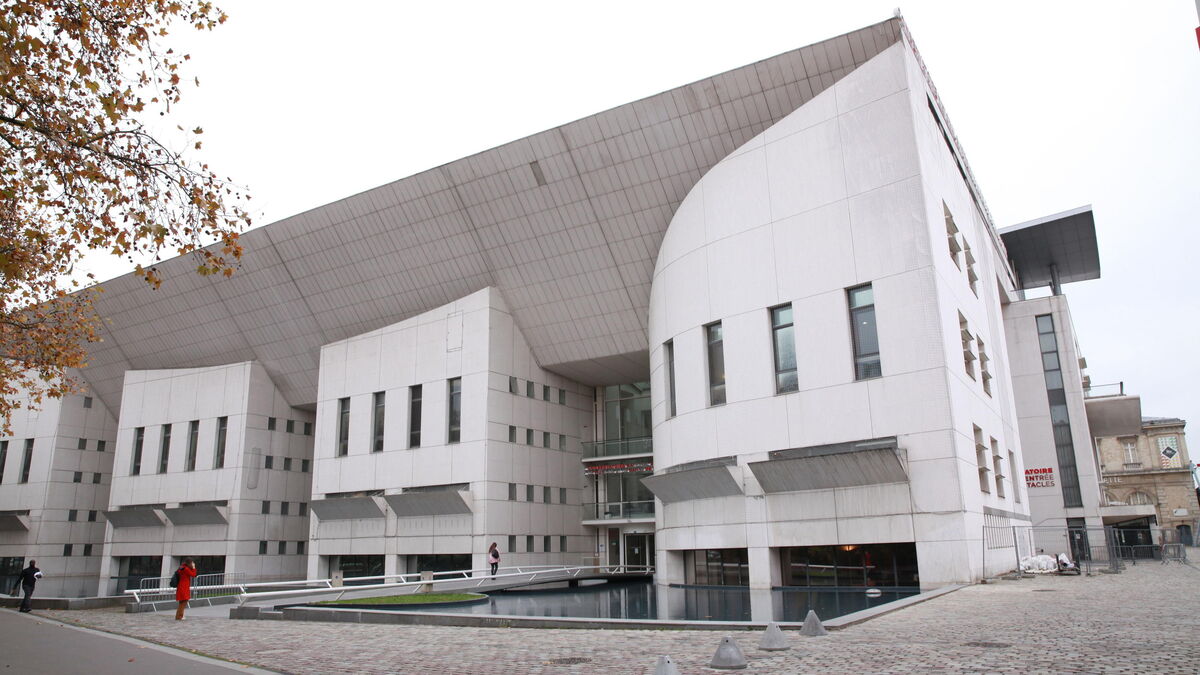 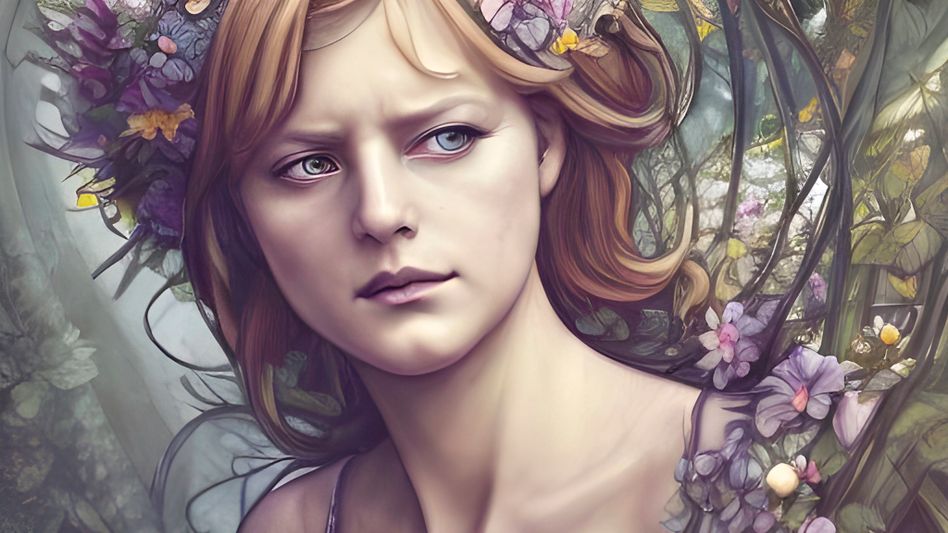