Australia: how to explain that 235 cetaceans were stranded at the same time?

FOCUS - 235 pilot dolphins, or pilot whales, were found stranded on an Australian coast on Wednesday. To explain it, several elements are put forward, and in particular natural reasons. 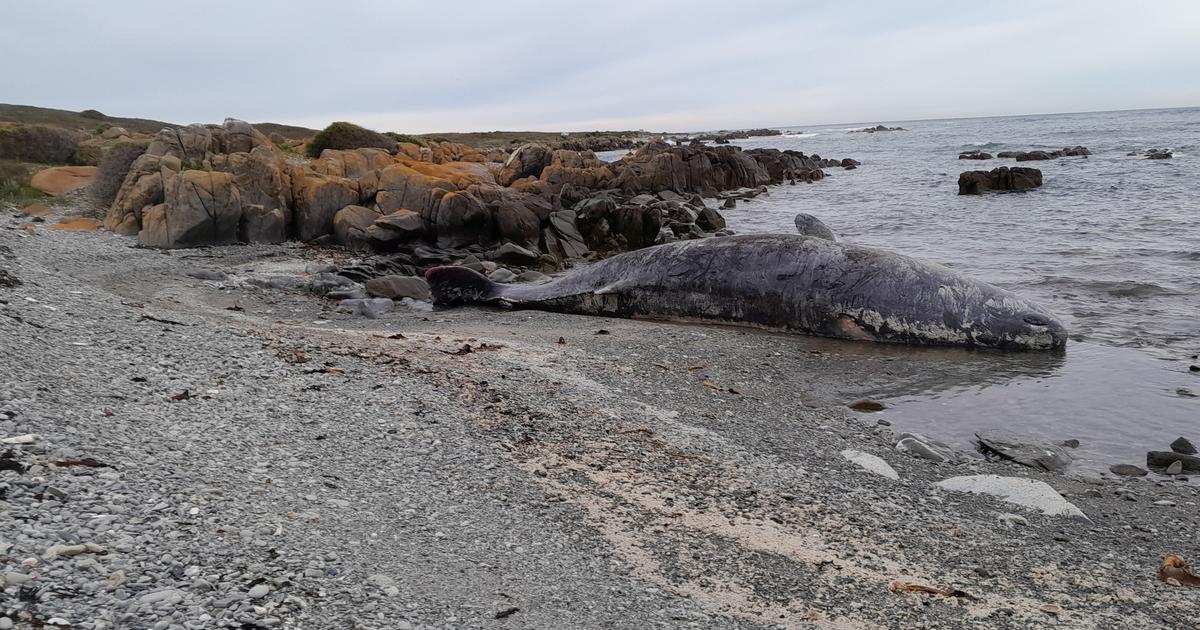 It is a new stranding of magnitude of cetaceans.

On Wednesday September 21, 235 pilot whales, or pilot dolphins, were discovered stranded in Macquarie Harbor on the west coast of Tasmania, Australia.

Of these, only 32 survived, according to the Tasmanian State Wildlife Service.

"We expect the vast majority to return to the sea,"

In September 2020, already, 500 pilot whales had washed up on the coasts of this island state in southern Australia.

Read alsoAfter the ban on whaling, the fragile rebirth of this giant of the oceans

If the first hypotheses put forward by the local authorities point to unfavorable environmental conditions, the causes of this event could be broader.

The first reason could be natural.

“Tasmania is one of the top places for cetacean strandings.

recede," Karen Stockin, a researcher specializing in the ecology and biology of marine mammals at the Institute, told AFP. Massey University of New Zealand.

Léa David, researcher in marine ecology at the Eco Ocean Institute of Montpellier.

I am thinking in particular of noise pollution.

For example, an explosion can ring cetaceans and damage their

All this limits their communications.

They use sound to socialize and find their prey.

Praise of the whale

, by Camille Brunel: the eternal search for the sperm whale

Another possibility advanced, that of a mimicry between cetaceans.

In this type of animal, there is a real social culture and very strong bonds between them.

It is therefore not impossible that a member of the group, sick, left to run aground on a beach and that the other cetaceans of the group followed.

The prey in question?

Shifting prey inshore is another option.

Forcing the cetaceans to accompany this movement.

A hypothesis that Éric Demay, cetologist and president of the NGO Tursiops, sweeps away.

“That would mean cetaceans are dumb.

I find that very simplistic

They are able to hunt with very little water, thanks to highly developed techniques.

Mistakes with young can happen, but pilot whales don't normally have to approach the coast

“there have always been strandings”

in this part of the globe.

"On pilot whales, it's a classic

It is therefore difficult to stop at one reason in particular, and studies must continue to understand the phenomenon.

"It's a big question that we all ask ourselves.

Australia: how to explain that 235 cetaceans were stranded at the same time? 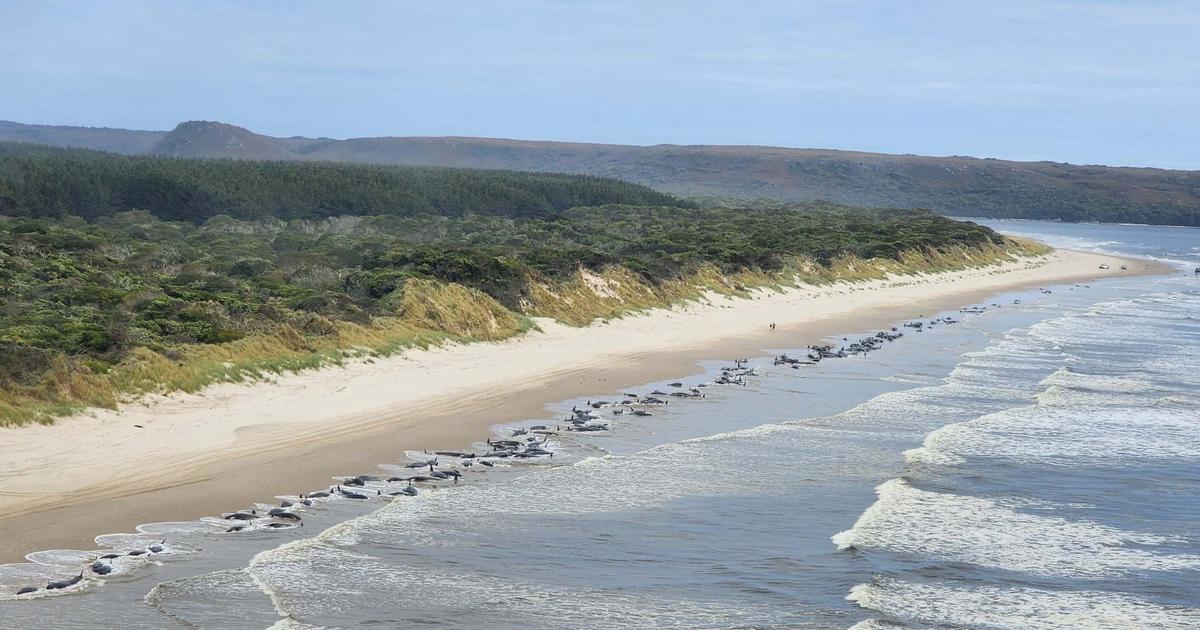 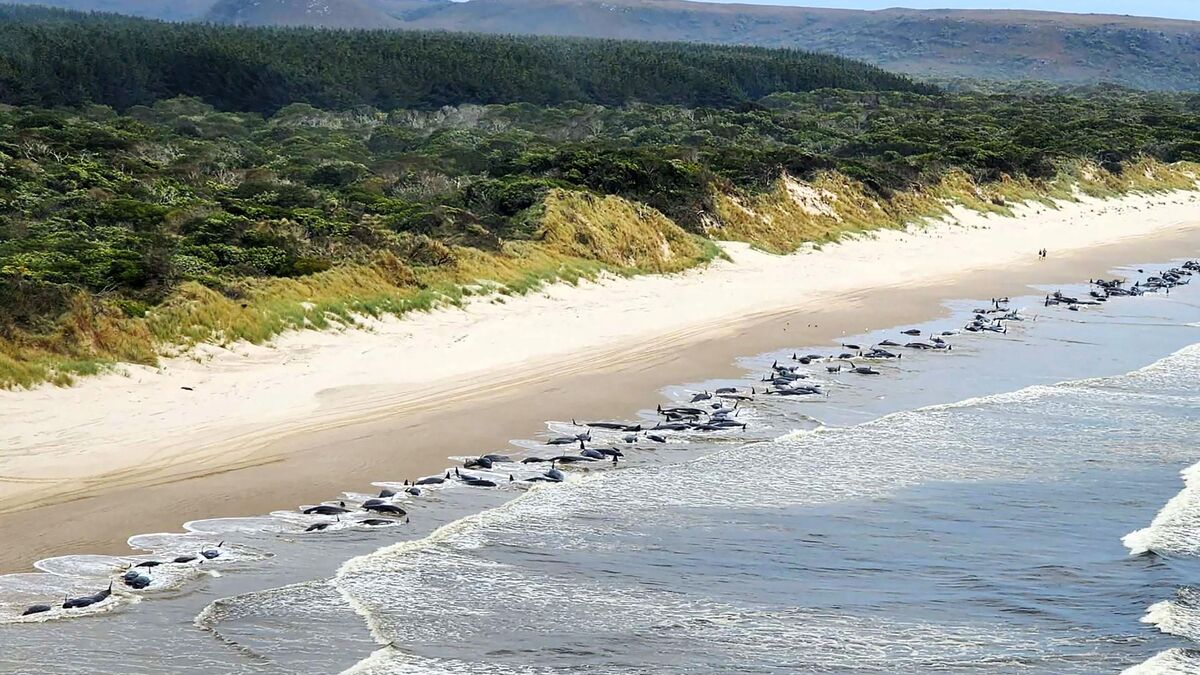 Over 200 pilot dolphins wash up on Australian beach 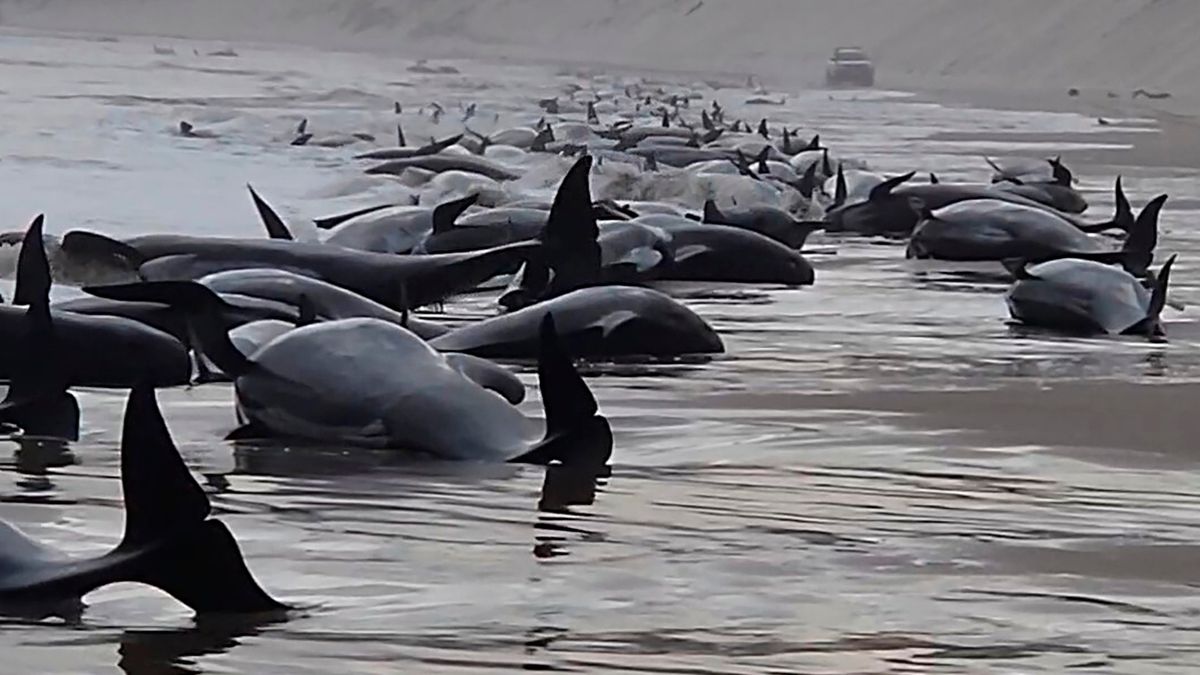 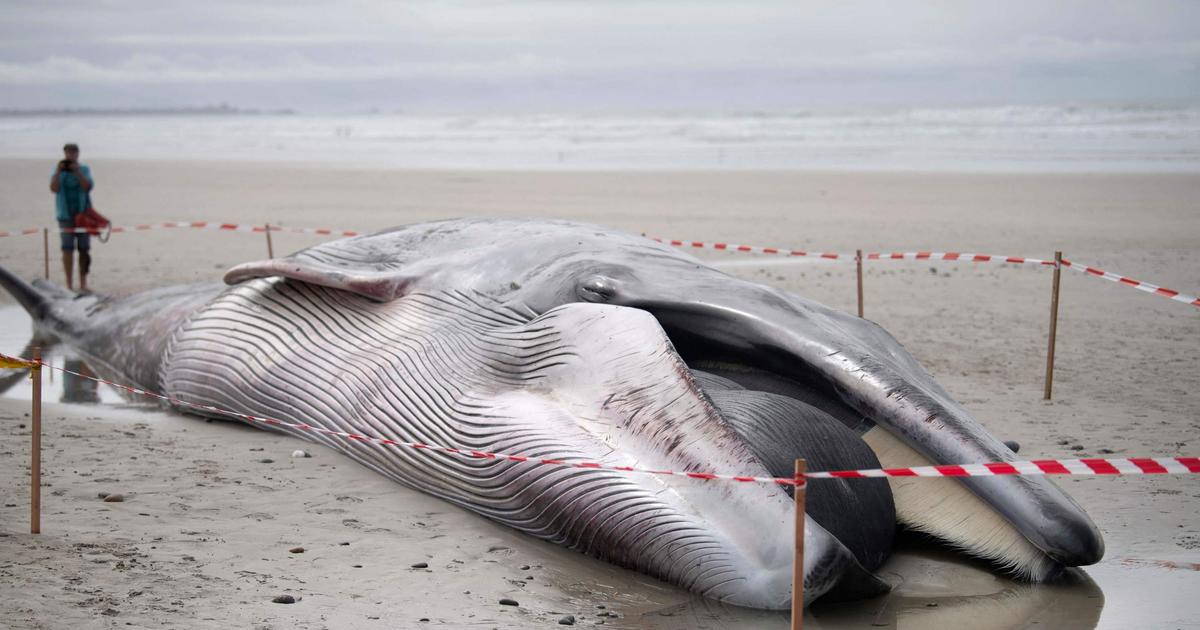 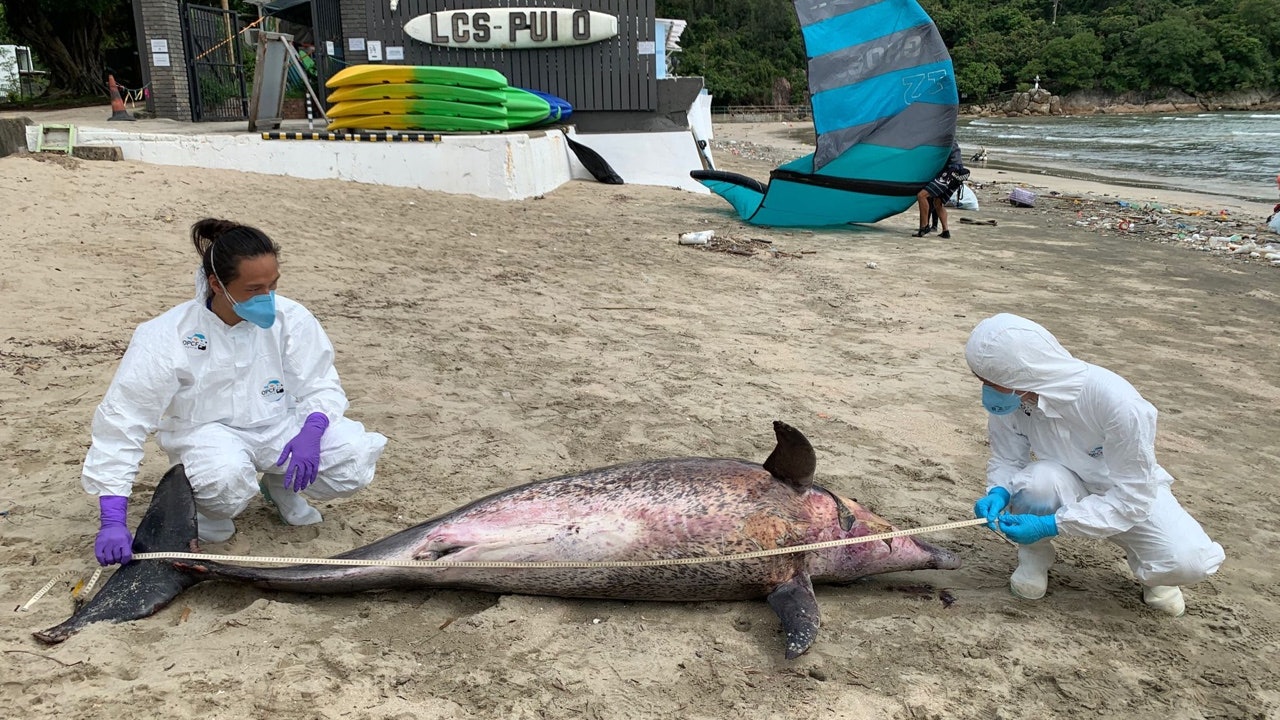 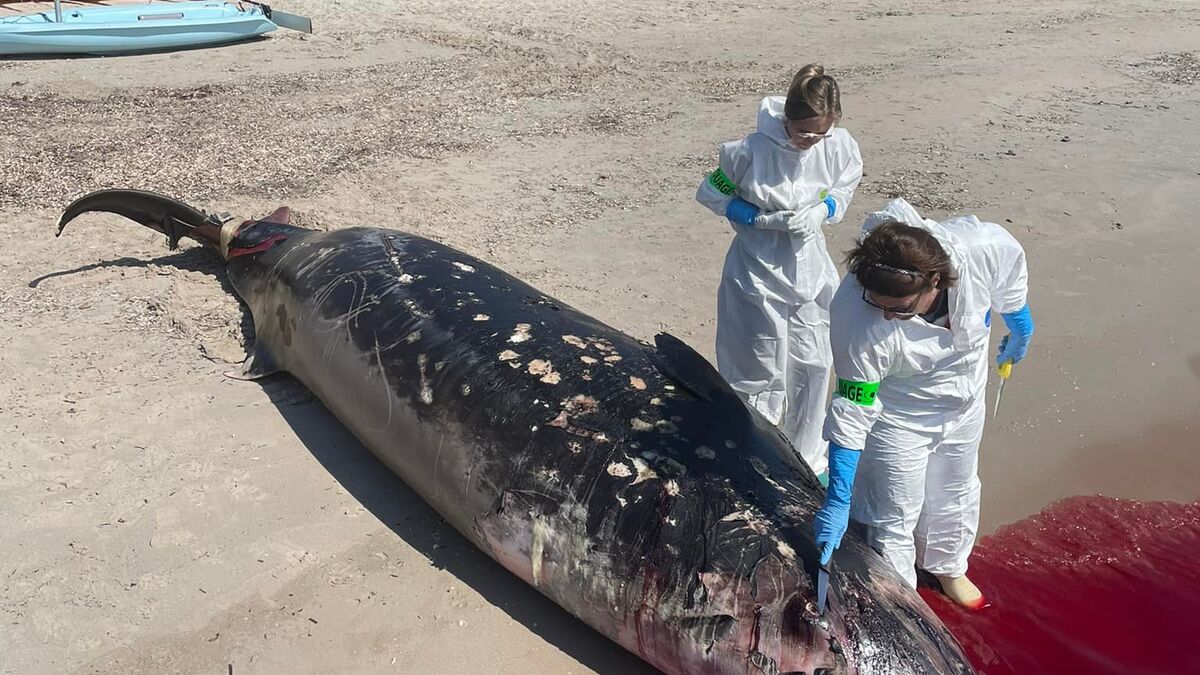 Corsica: a 6m whale discovered stranded on a beach near Porto-Vecchio

Black Sea dolphins, collateral victims of the war in Ukraine